Yoshi’s Woolly World just keeps getting cuter and cuter. Last month we found out Woolly World would use amiibo to change the way Yoshi looked in game. A trailer released today gives us a glimpse of those custom amiibo skins in action.

The trailer above follows Yoshi as he runs, jumps, and even flies through the knitted landscapes of Yoshi's Woolly World. Judging by the video, there will also be hidden treasures cleverly scattered throughout each level. Hidden goodies could be be hidden within breakable objects or tucked behind a false wall so it'll no doubt take some work to find them all. If things get a little tough, players are able to knock the game into mellow mode and fly right through most levels.

Yoshi’s Woolly World releases exclusively for Wii U on June 26th in the EU and sometime during Fall 2015 for North America. It can be purchased on its own or packaged with a yarn Yoshi amiibo. 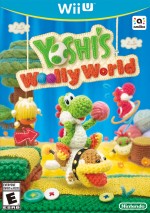