Whether you consider it a part of the core Mario series or not, few gamers can deny that 1995’s Super Mario World 2: Yoshi's Island was a beautiful and solid platformer. Its sequels on Nintendo 64 and DS didn’t quite live up to the quality of the original, but Nintendo hasn’t given up on Yoshi’s quest to escort Baby Mario to his parents. Yoshi’s New Island certainly feels like a sequel to the first game, but it seems a bit too comfortable with sticking to what worked almost 20 years ago without bringing much new to the table.

On a technical level, I can’t complain about Yoshi’s New Island. Platforming, fighting bosses, and gobbling up enemies all works well throughout the six worlds. Elements that were novel in the original return in similar form; giant Chain Chomps chase you through certain areas, and Yoshi can transform into a variety of vehicles and objects. If you haven’t played the original game, this new entry is a pleasant little platformer.

If you were a fan, however, you will only notice downgrades. They’re minor, but the fact that Yoshi’s New Island adds almost nothing and makes other things slightly worse is annoying. An easily avoidable frustration is an animation hiccup that occurs when you’re throwing eggs. If you’re moving in the slightest, the aiming and throwing mechanism feels just as crisp as it did on Super Nintendo. For some reason, there’s an animation pause that occurs if you toss an egg while standing still. It’s only a split second, but I found it annoying enough to make sure I only aimed eggs while I was in motion.

The art style is a more omnipresent downgrade. Whereas the original was crisp and vivid, the visuals of Yoshi’s New Island are muddier. It’s not a game-ruining issue by any means, but it’s another example of this installment not measuring up to the original.

There are really only two new ideas in this game. One is the ability to eat the occasional giant enemy, granting Yoshi a huge egg that can burst through elements of the environment. The other is motion control, which is activated when Yoshi turns into items like balloons, mine carts, and a jackhammer. These simple sections control fine, but aren’t particularly fun or memorable.

Nintendo is typically unparalleled when it comes to putting a novel twist on long-running franchises. Some gamers frequently complain about constant entries in the Mario and Zelda series, but each new game almost always has its own identity and feel. A Link Between Worlds is designed to bring back nostalgic feelings of A Link to the Past, but it wasn’t content to just make the same game again. It introduced entirely new concepts and features – something that Yoshi’s New Island fails to do, which is surprising and disappointing given Nintendo’s history.

Another way that Yoshi’s New Island apes the original is the inclusion of a selection of two-player minigames. These weren’t particularly noteworthy back then, and they’re just as unremarkable now. If you’re not finding yourself having fun with the single-player, these simple minigames won’t do anything to change your mind about the game.

I’ve wanted a solid follow-up to Yoshi’s Island for years, and this game is the third in a trilogy of follow-ups that range from half-baked to decent. Considering how unimpressed and apathetic I was towards most of Yoshi’s New Island, it might be time to just be happy with my Super Nintendo memories when it comes to this series. 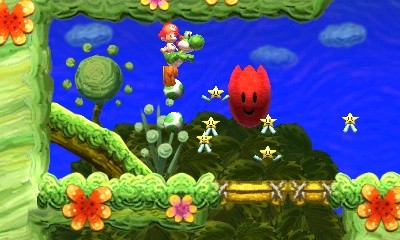 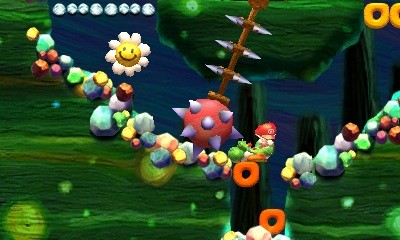 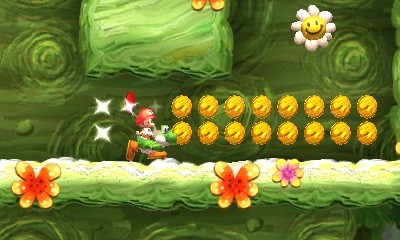 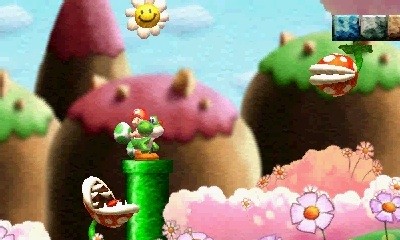 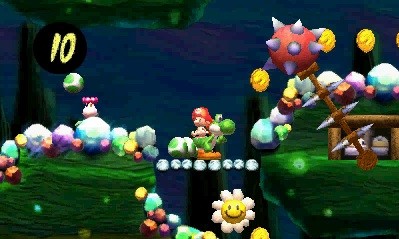 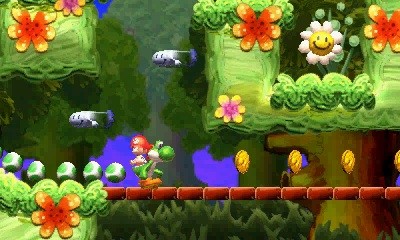 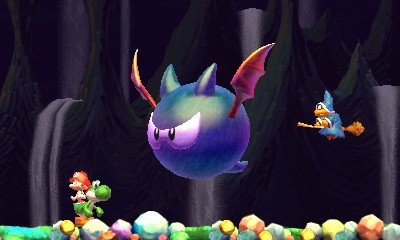 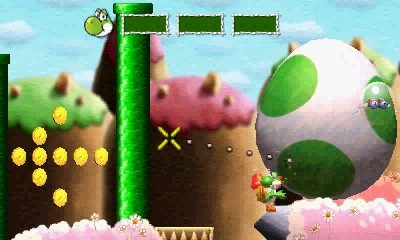 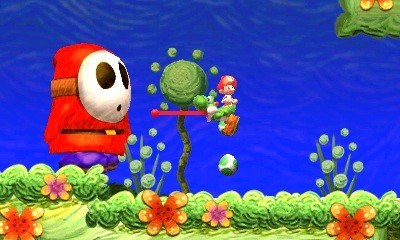 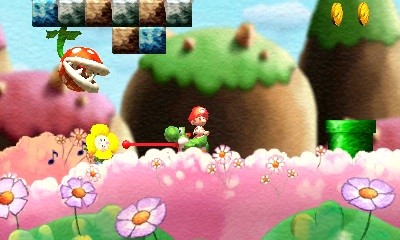 7
About Game Informer's review system
Concept
Babysit Mario as a collection of Yoshis
Graphics
Not offensively bad, but a downgrade from the crisp visuals of the original
Sound
Despite some hummable tunes, the soundtrack has nothing particularly memorable
Playability
Everything controls fine, but an animation pause disrupts the egg-tossing process
Entertainment
Perfectly playable and sometimes a nice challenge, but lacks its own identity
Replay
Moderately Low 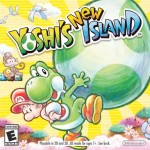