It’s hard to mention Yooka-Laylee without referencing Banjo-Kazooie. The creative talent at Playtonic Games is composed of many team members that made Rare’s classic N64 platformers. Yooka-Laylee has the difficult task with recalling the nostalgia of Banjo-Kazooie, while establishing a new identity in the modern gaming world. From the hour and a half we spent with the game, Yooka-Laylee channels those tingly feelings of yesteryear without feeling like a stale clone. How it is like Banjo-Kazooie
Just look at it and listen to it. The vivid, colorful art style evokes the same feeling of joy Mumbo’s Mountain had, albeit with the power of modern technology. It’s a prettier version of what we remember from 1998. The tone and playful spirit from Banjo hasn’t been lost in the transition to the high-definition era. The music is similarly whimsical and lighthearted, calling back all the right tunes and tones of Banjo-Kazooie.

I played Tribalstack Tropics, a world that houses many wacky NPCs that always ensure you’re doing something new. These gibberish-speaking oddballs all have some sort of quirk, and most of them have a some short mission for you. Most tasks are one-off objectives that don’t take long and give you something more directed to do. We found a sentient skeleton being cooked inside of a cauldron that asked us to defend him, an octopus scientist that turned Yooka and Laylee into a plant (think Mumbo Jumbo), and a mine cart named Kartos (get it?) that took us for a ride a la Donkey Kong Country. Endearing but brief dialogue made these characters memorable but two-dimensional, although maybe some will reappear throughout the game and gain some depth. It also remains to be seen if the game can keep this up from beginning to end or if the shallow NPCs will wear out their welcome after a few hours.

Like most platformers, collectibles are a central focus of Yooka-Laylee and there are many different types of these doodads to find. Pagies, conscious sheets of paper, are the most important since they are tied to progression but there are less-critical items like Ghost Writers, Arcade Tokens, health and power upgrades, and more that fill out the world. How it isn’t like Banjo-Kazooie
But the game also takes these collectibles in a different direction by giving all of them a gameplay-centric purpose. The numerous, coin-esque Quills are used to buy upgrades, Mollycools let you transform, Arcade Tokens unlock retro mini-games, health and power upgrades are self-explanatory, and all of the spectral Ghost Writers require some sort of skill to collect. For example, we had to chase one down, kill another, and shoot snowballs at the one that was hungry for some ice. None of the collectibles are there for their own sake or purely for achievement/trophy fodder. They all have a point. Yooka-Laylee is centered around collecting important things with meaningful benefits; not just things that fill out an arbitrary checklist.

The humor and writing are also an important pillar of Yooka-Laylee and are both silly but a bit more mature than its bright art style suggests. Yooka-Laylee and the cast were consistently funny, either relying on decent wordplay or chuckle-worthy humor. Maybe it reflects the possible average age of the development team, but it was good “dad joke” comedy through and through.

Nimbo, a cloud that could change the weather, particularly stuck out when he was lamenting on how his wife left him; something no cloud should have to go through. Laylee’s comments were similarly juvenile and punchy but funny, reminiscent of Daxter’s quips from the Jak and Daxter franchise. Yooka-Laylee’s charming, sassy writing made it feel a bit less tame than Banjo – although not nearly at Conker levels – but was entertaining nonetheless.

That applies to most of the jokes since some of the risqué humor flirted with being jarring. There were a lot of unexpected sexual jokes, especially when we had to turn into a plant and “spread our seed,” so to speak. Trowzer, the snake shopkeeper, is also a play on… well, you get the idea. Suggestive jokes don’t turn this into an M-rated smutfest though; the funny text is still easily worth reading. It may not be what you are expecting from something so cartoony.

Yooka-Laylee is shaping up to accurately be something that you expect. It makes no bones about what it is; that’s how its Kickstarter was framed and funded. But sometimes we need and deserve a game that captures the past but doesn’t get stuck there and Yooka-Laylee looks like it has a good chance of delivering that. 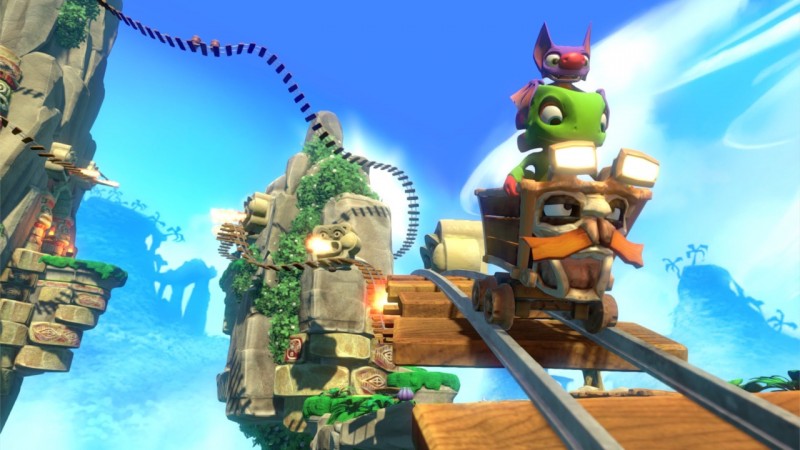 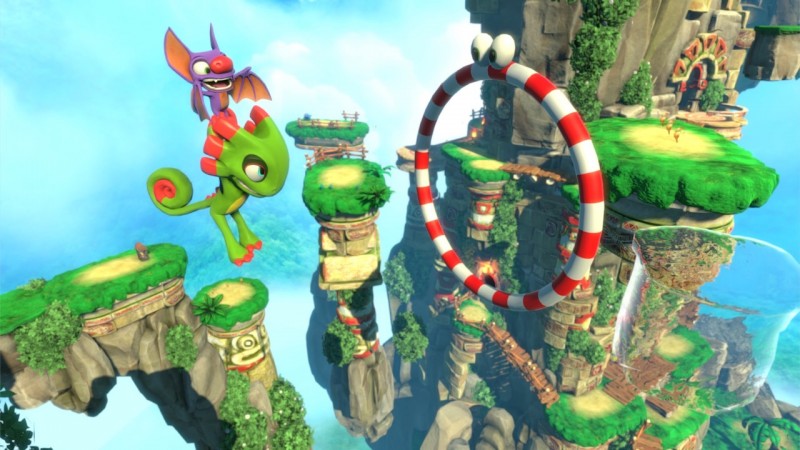 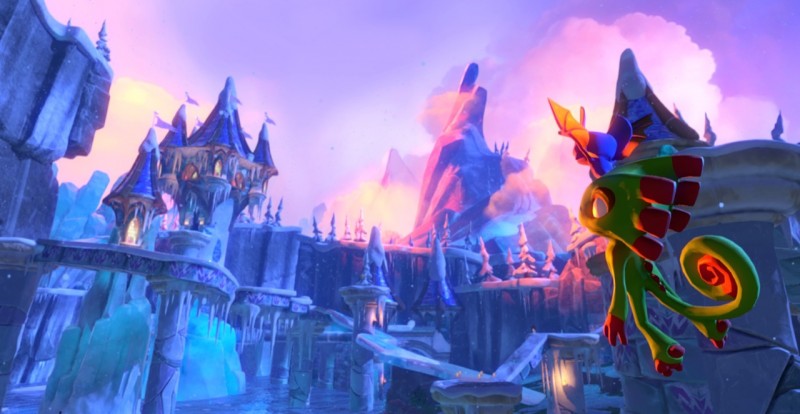 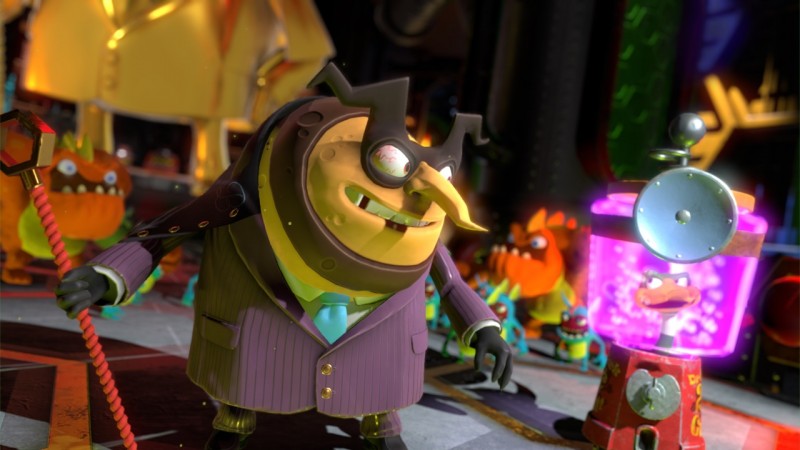 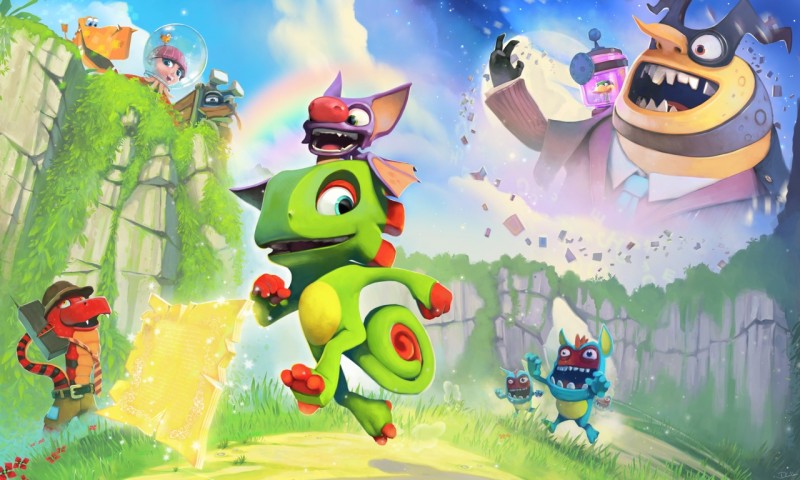 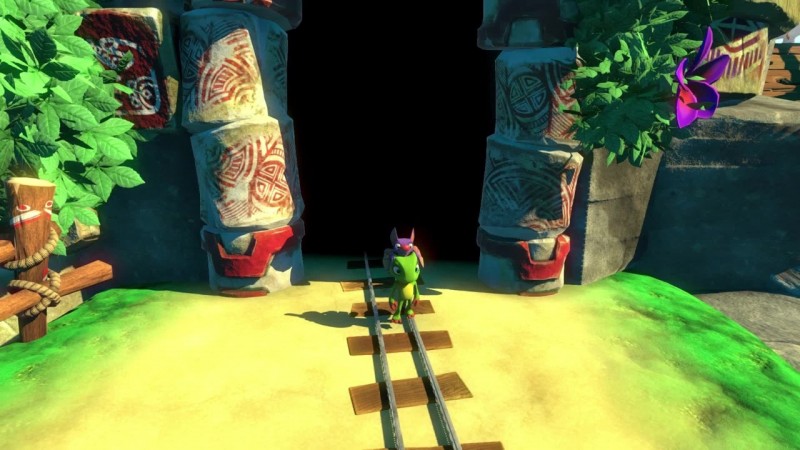 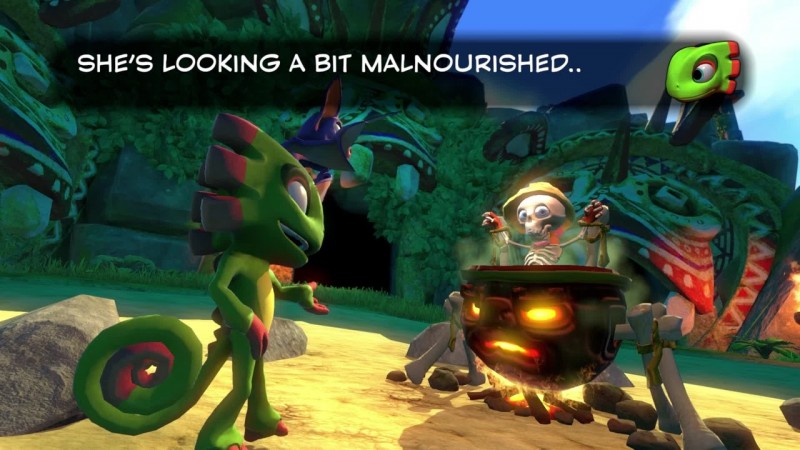 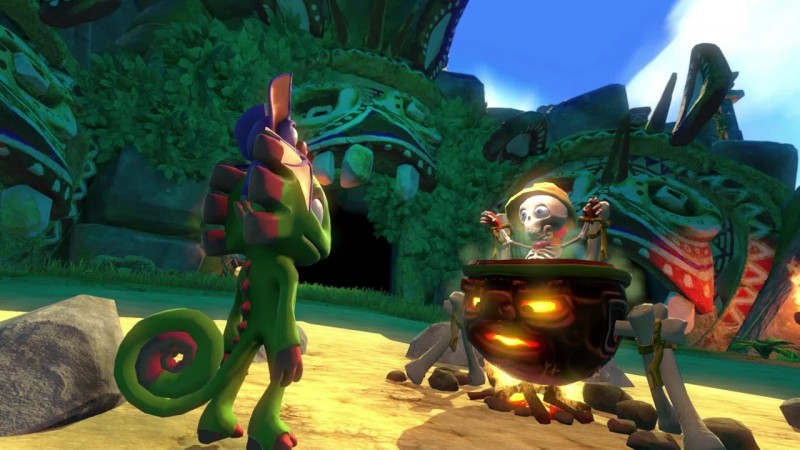