In XCOM: Enemy Unknown, humans rally around the common threat of an alien invasion. We're all familiar with humans, so Firaxis Games and 2K have released a new trailer to reacquaint players with the enemies they'll be facing this October.

The trailer is officially called "Casualties of War," which makes it sound a bit more high-falutin' than it actually is. There's no slow-motion action set to a stark piano soundtrack in this video. Instead, watch giant robots, creepy aliens, and heavily armed dudes blast the crap out of one another.

For more information on the game, take a look at our earlier preview, as well as our XCOM: Enemy Unknown hub page. 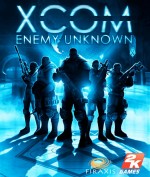