Any longtime fan of professional wrestling (I’m sorry, ”sports entertainment”) knows that the product is as much about soap opera shenanigans as it is the in-ring athletics. A storyline featuring Paul Bearer betraying The Undertaker to side with his son Kane is just as important to the WWE experience as a high-flying, technically sound match featuring Daniel Bryan or Evan Bourne. Previous Smackdown vs. Raw titles have featured full storylines within the Road to Wrestlemania mode, but 2011’s edition attempts to flesh it out with fully interactive backstage segments between each bout.

Interacting with other superstars, arguing with the general manager, and participating in various fetch quests is initially an intriguing change of pace from the standard story mode, but it quickly becomes apparent that the new Road to Wrestlemania could use quite a bit of polish. Lip syncing is entirely broken, with characters humorously flapping their jaws long after their lines conclude. The camera is slow and awkward, and annoyingly locks into place when you happen to pass by conversations backstage. Even if you’re itching to get to your next match, you’ll be forced to sit and listen to the relationship troubles of Santino and Beth Phoenix if you venture near them. Backstage brawls don’t pop up organically – they only appear if they’re scripted or if you push someone exactly three times. While this isn’t necessarily the game’s fault, dialogue from many of the superstars and divas is poorly delivered, outside of pros like Randy Orton, Triple H, and Chris Jericho.

Most of the backstage experience feels stilted and unnatural, but the actual storylines are solid. My favorite of the five is the “Vs. Undertaker” path featuring your created character, as it throws in many goofy and supernatural elements characteristic of the Dead Man. Others feature events like the reunion of Edge & Christian, Randy Orton taking over the GM role, and a Rey Mysterio heel turn.

Those looking for a less-scripted experience will love the new WWE Universe mode. It’s essentially a hybrid of previous title’s career and GM modes, and it’s especially great if you’re into micromanaging stables, heel/face status, brand alliance, and rivalries. I loved being able to assign all of the superstars to their real-life brands, and I was even able to “retire” inactive wrestlers like Batista, Shawn Michaels, and Matt Hardy. You can choose to participate or simulate the cards for each show and PPV, meaning you can have as little or as much involvement as you’d like. I spent most of my time taking my created superstar up through the ranks in an effort to win a world championship, but it was nice to be able to play other matches when I needed a break.

These new modes wouldn’t amount to much if the in-ring action wasn’t solid. Thankfully, subtle improvements to the already solid foundation make the wrestling in Smackdown vs. Raw better than ever. Directional grapples allow you to change your facing in mid-move, meaning you can avoid obvious rope break scenarios. You can hit a pin command in the middle of some moves to go for the three count, meaning you won’t be going for the cover when you didn’t intend to.

Previous installments required you to hold a modifier to switch from weak to strong grapples, but that method has been changed for the better this time around. All grapples are state-based in 2011, meaning that you’ll perform weak grapples on healthy opponents and strong grapples if they’re groggy. It feels more like an actual match this way, considering WWE wrestlers don’t come right out of the gate with giant powerbombs and finishers.

Old frustrations do return, however. Interference is a pain, as the referees will ignore your pin and yell at someone outside of the ring for even longer than they do in real (fake) life. Michael Cole and Jerry Lawler are sometimes wildly inaccurate, as they’ll occasionally think a one-on-one match is a tag match just because someone interferes. Hiccups in the A.I. can be a pain as well, which was never more evident than in my tag team tables match during John Cena’s Road to Wrestlemania. To win the match, I had to put both opponents through a table. Easy enough, except for the fact that my partner M.V.P. would attack our opponent whenever I had them set up for the win. This snapped them out of the required animation for going through the table, and I had to resort to knocking out my own partner just so he’d leave our opponents alone long enough for me to secure the win.

Smackdown vs. Raw 2011 certainly isn’t perfect, but it’s still a very solid wrestling product. I appreciate the attempt to flesh out Road to Wrestlemania, even if it’s a bit inconsistent in this early stage. WWE Universe mode is my favorite addition this year, and it could easily be the new marquee mode if they improve it in future titles. Certain elements of the game are rough around the edges, but these annoyances aren’t enough to bring down the experience as a whole. Wrestling fans know that some backstage inconsistencies can be looked past as long as the talent makes a solid in-ring showing, and it’s no different here. 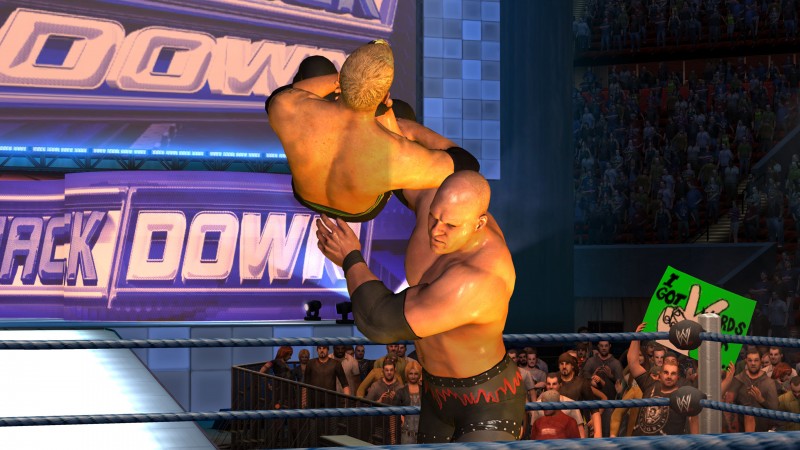 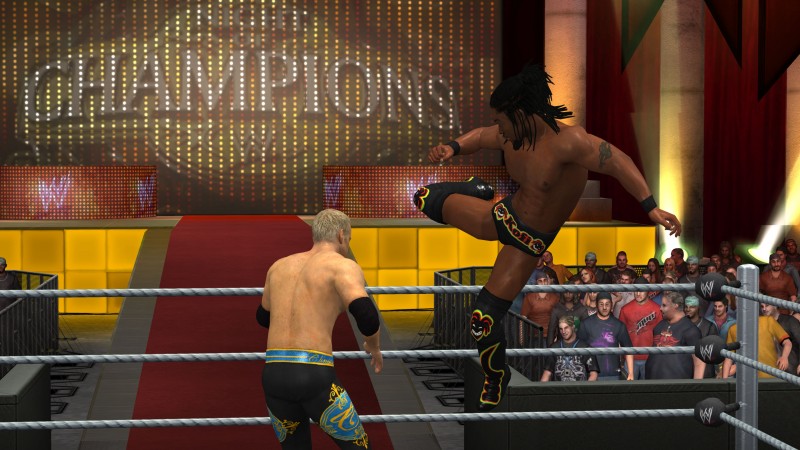 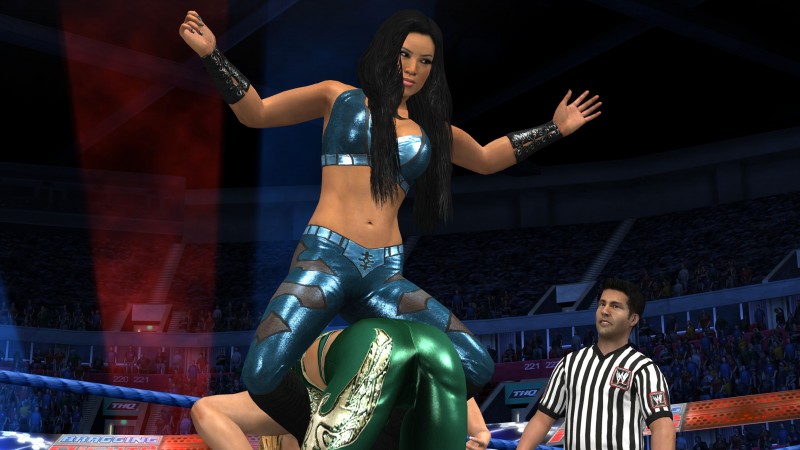 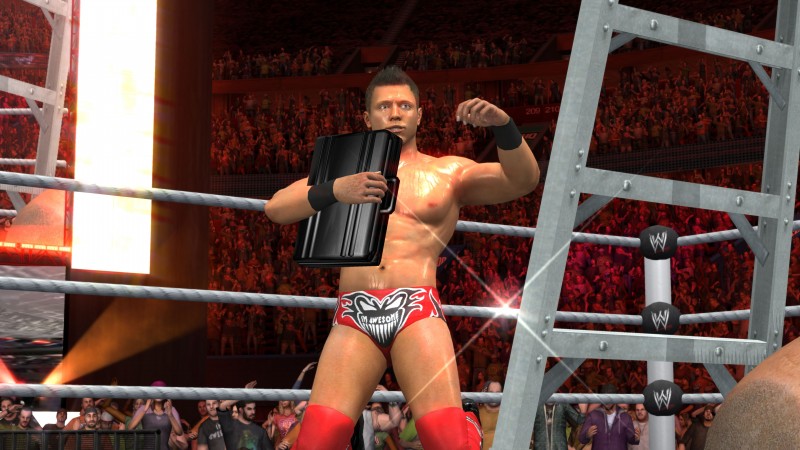 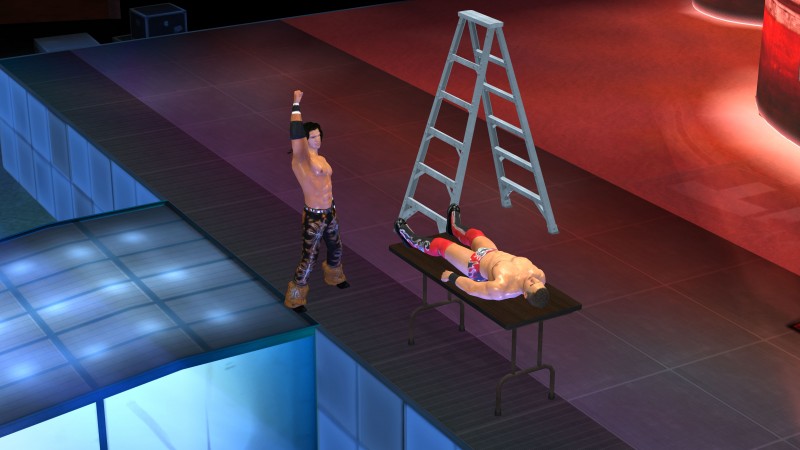 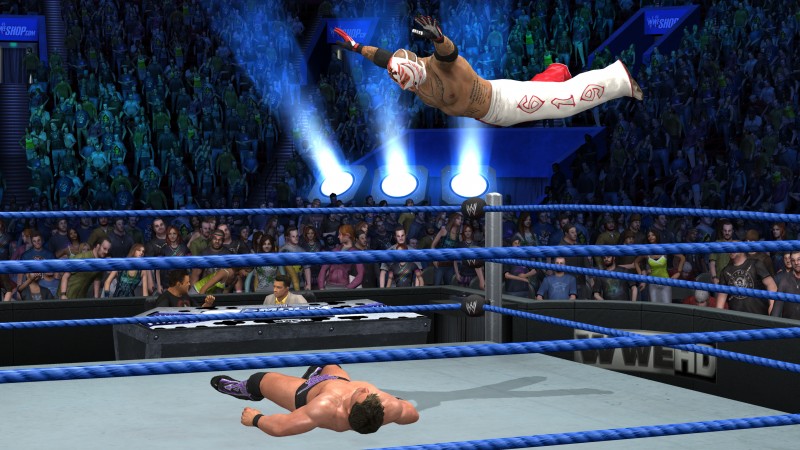 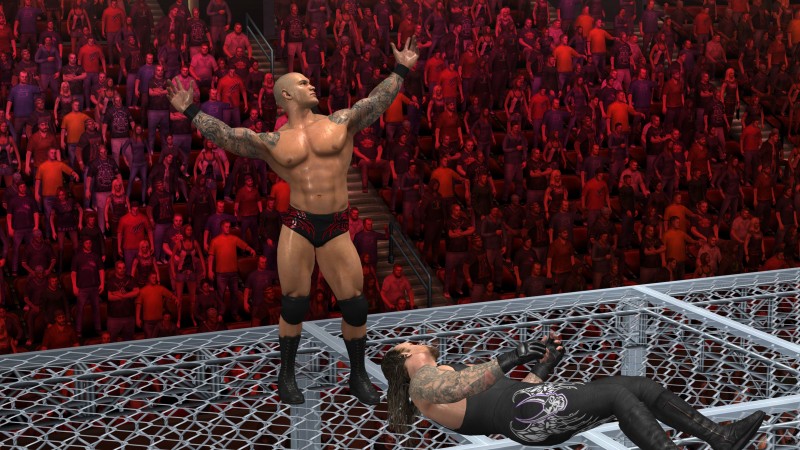 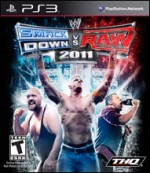 The new WWE Universe mode and revamped Road To Wrestlemania are intriguing, but quite a bit of polish is still needed.

Purchase More Info
8
i
Game Informer's Review System
Concept Flesh out Road to Wrestlemania with backstage segments and introduce a persistent, ongoing schedule with WWE Universe mode
Graphics Most character models are spot-on, and the moves look just like they do on Monday nights
Sound Solid VO work from the big names, but some of the talent proves why they’re rarely given a live mic.
Playability Exploring backstage feels like a buggy PSone title, but the in-ring controls are tighter than ever
Entertainment If you can look past the backstage frustrations, you’ll find plenty to love once you’re within the squared circle
Replay Moderately High