Sometimes being a WWE fan is hard. Keeping up with the weekly shows requires a massive time commitment. Your favorite wrestlers are constantly getting hurt or thrown into terrible storylines. Even friends and family sometimes roll their eyes at your Austin 3:16 shirts. But one of the most tiring aspects of being a WWE fan is putting up with the lackluster wrestling in 2K’s WWE series every year.

One of the biggest changes to this year’s gameplay is a new Carry and Drag system, which factors in the size and weight of your wrestler and then lets you pick up your opponent into one of four different positions. Manhandling your foes this way provides more freedom to move the action anywhere in the ring, and makes it easier to set up spectacular finishers where you throw someone through a table or body slam them onto the announcer’s table.

Unfortunately, this new system doesn’t make up for WWE 2K18’s larger mechanical problems. The action remains sluggish, and wrestlers run across the ring like they’re wading through molasses. Controlling the action is difficult because the timing window on reversals feels like its constantly shifting. Matches are a race to see who can build up and unleash their finisher first, but pulling off a single finisher rarely ends the match because the A.I. can withstand a massive beating before submitting to a pin. These are just a few of the moment-to-moment problems that killed any excitement I might have had going into a match. Controlling these titans of the ring should be a fan dream, but I often felt like I was wrestling with my controller more than I was wrestling my opponent.

If you can put up with WWE’s in-ring action long enough, you can take your own created player through the ranks of the WWE in My Career mode. This mode has been expanded to include some light RPG elements, and you can now freely roam the WWE Performance Center, talk to the staff, and pick up quests. Unfortunately, exploring the performance center is a chore thanks to your wrestler’s painfully slow run speed, and the side quests feel like tedious errands with minimal rewards. The writing in My Career mode is also laughably bad, with stilted dialogue and lame side characters. Plus, the lack of VO makes it feel like an afterthought.

Fortunately, the online mode Road to Glory is a little bit better. This mode follows the WWE’s real-life calendar as you compete in a series of online matches to earn stars and hopefully qualify to participate in pay-per-view events that net you some nifty cosmetic rewards. Online matchmaking is quick, and I didn’t experience any slowdown during online play. This mode is no-frills, but I liked seeing the exploits of my fictional wrestler line-up with real-world events.

WWE 2K18 features some incremental additions, but the action is largely similar to last year’s game. In fact, there were moments where I worried that I’d accidentally booted up 2K17. As it stands, 2K needs to do more to expand its reach beyond the hardcore audience that comes back year after year. 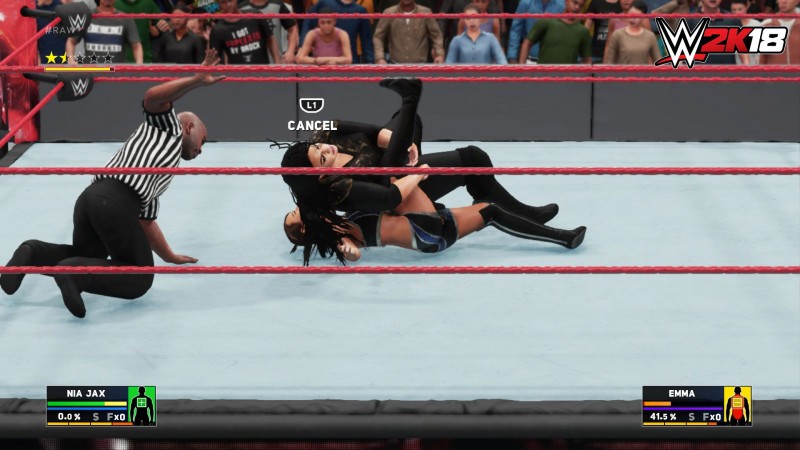 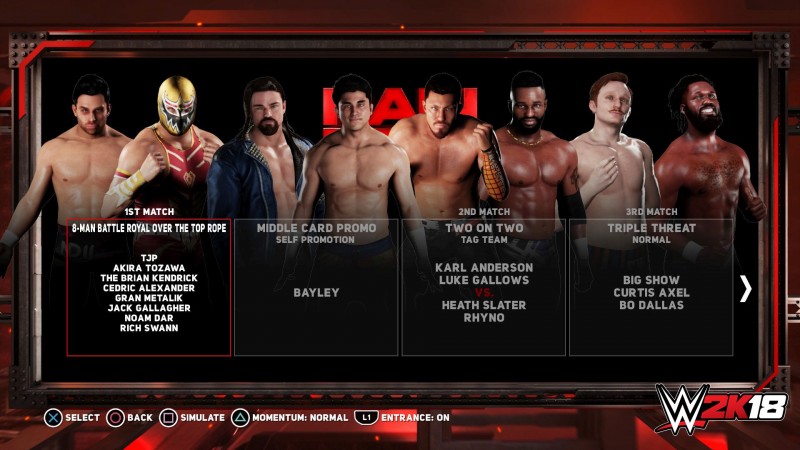 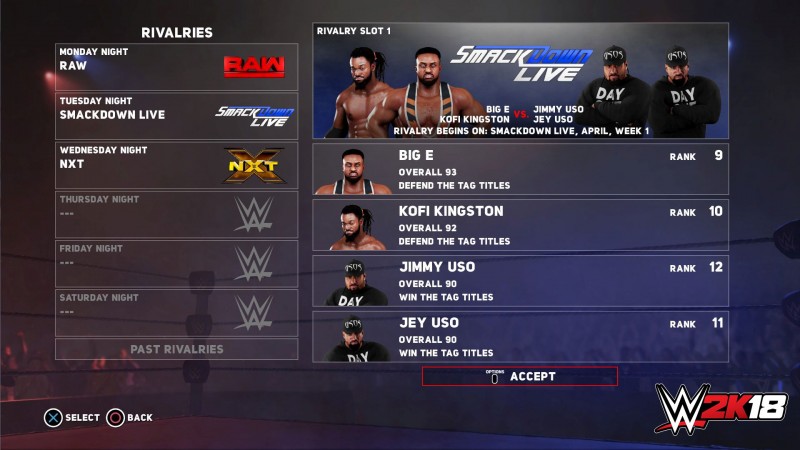 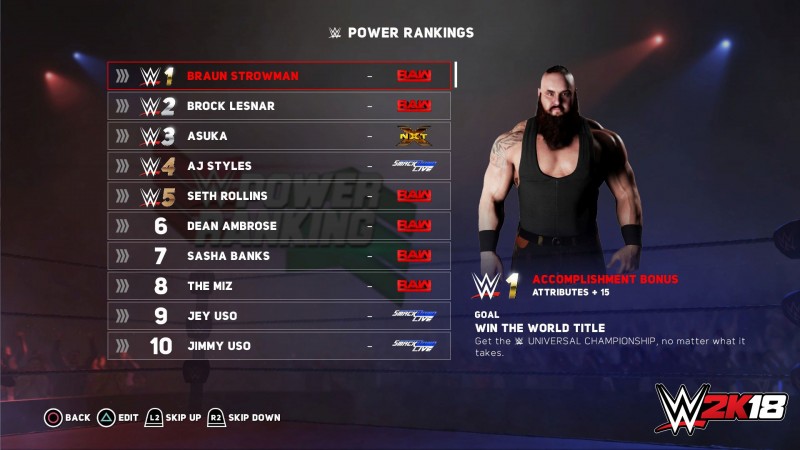 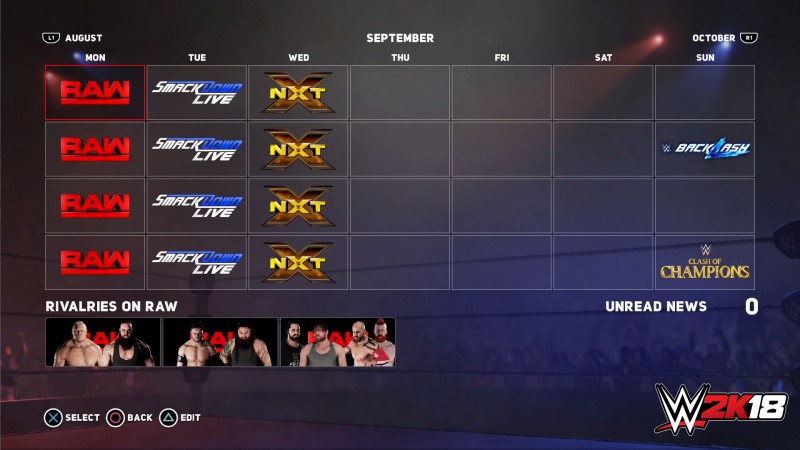 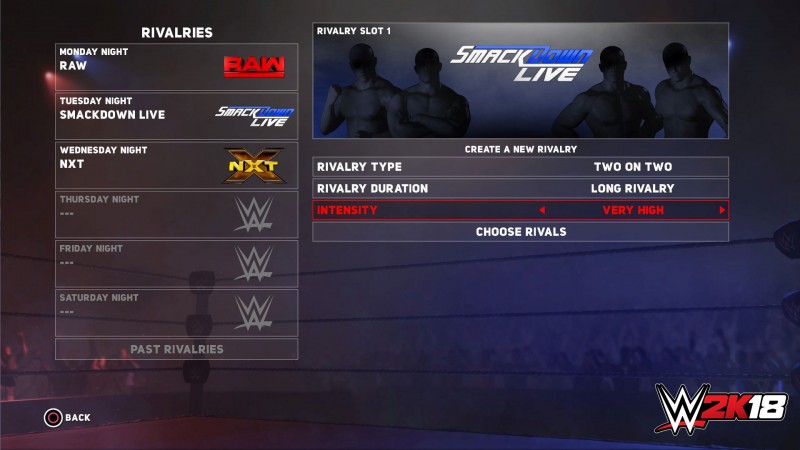 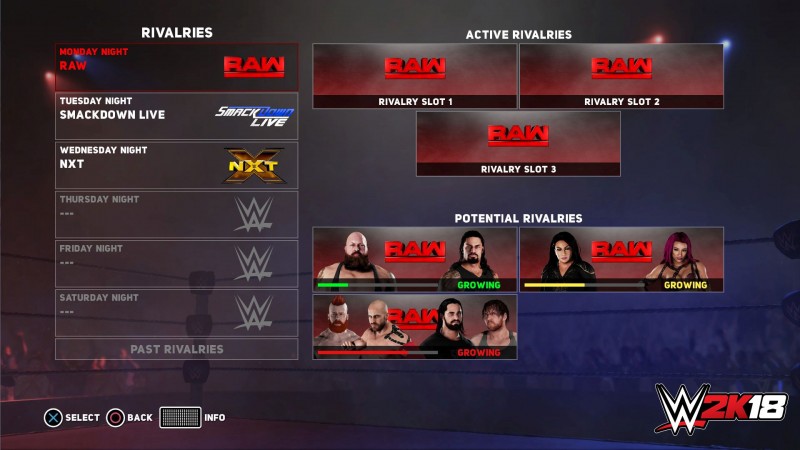 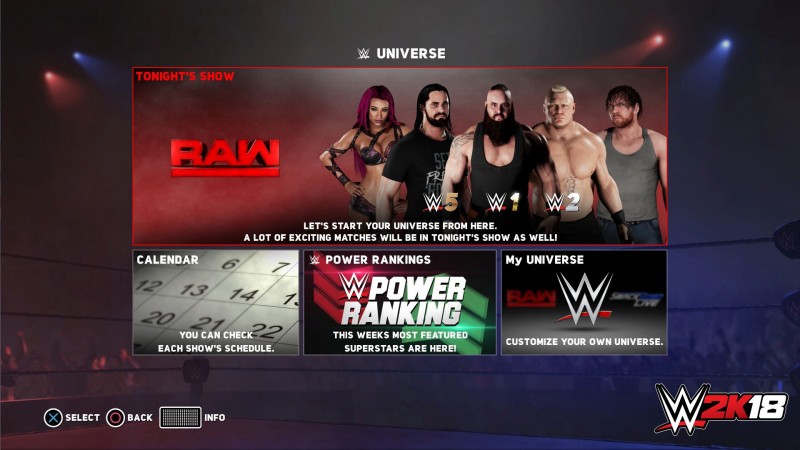 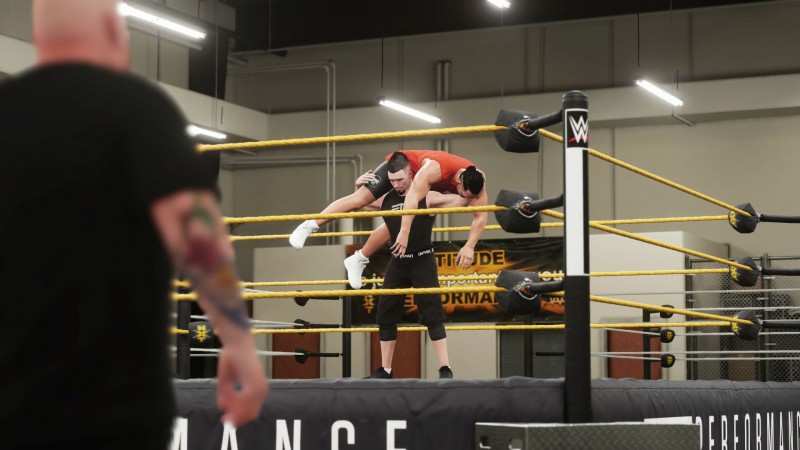 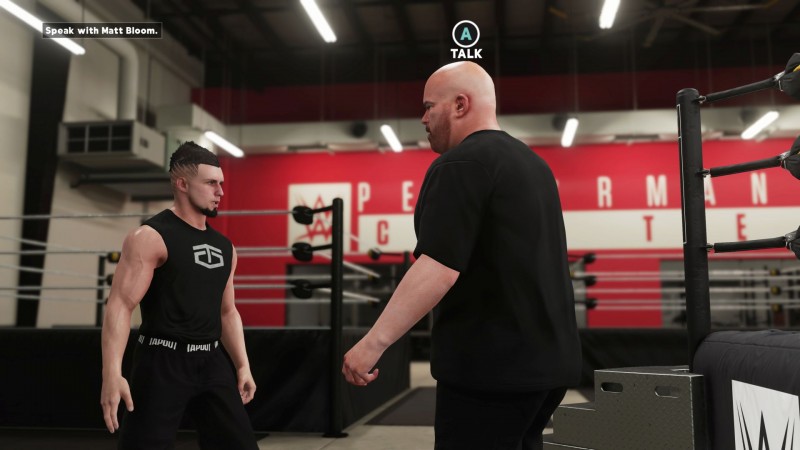 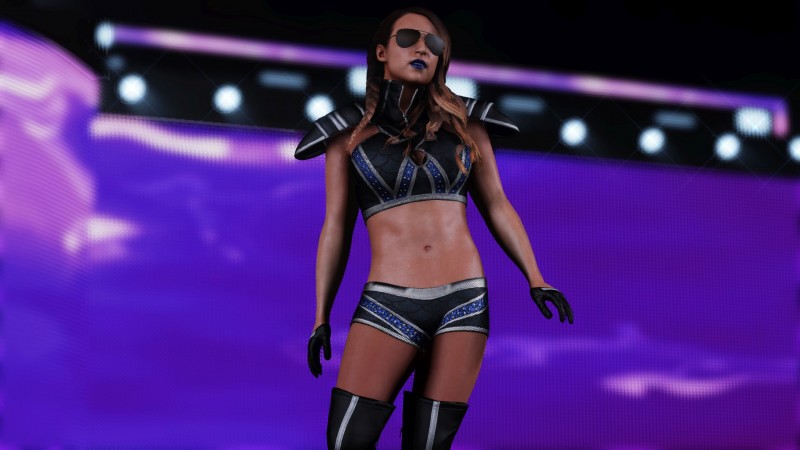 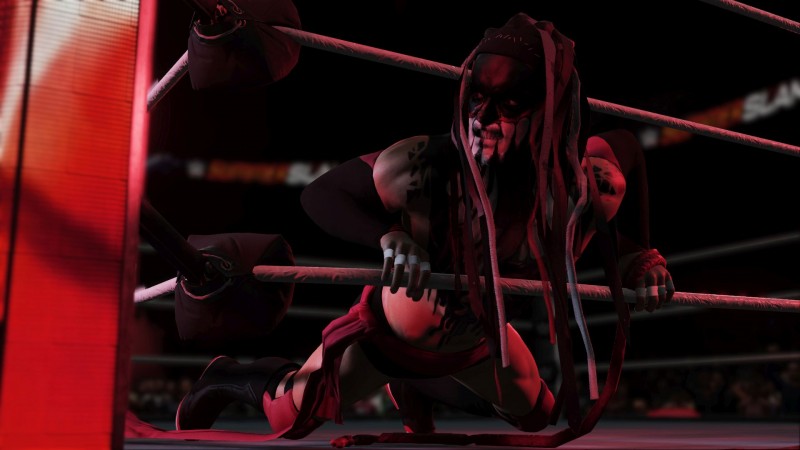 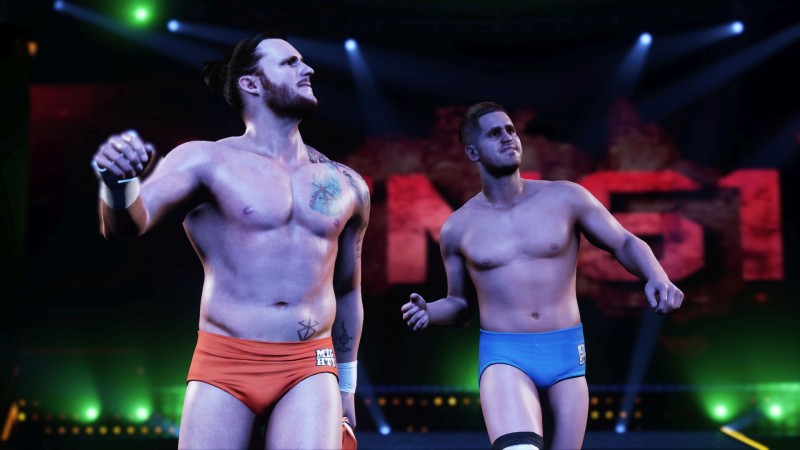 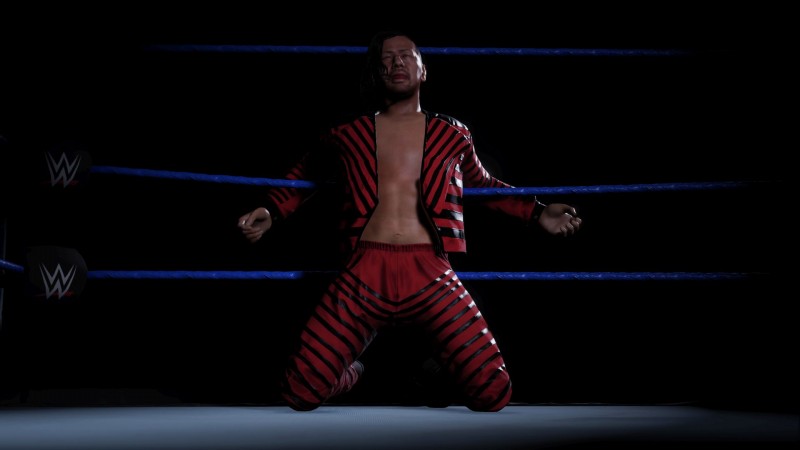 6
About Game Informer's review system
Concept
Grunt, sweat, and otherwise wrestle with the controls as you express your love for WWE
Graphics
Easily the best part of the game. Most of the wrestlers look great, and the crowds move with lifelike fluidity
Sound
The announcing commentary feels natural but repetitive, and the sparse voice work for the rest of the game gives the story mode an eerie feel
Playability
The fighting mechanics are still clumsy and most fights devolve into battles of attrition
Entertainment
WWE fans might get a kick out of creating their own wrestlers, entrances, and promos, but the basic mechanics won’t appeal to a wider crowd
Replay
Moderately low 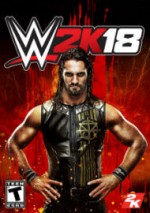