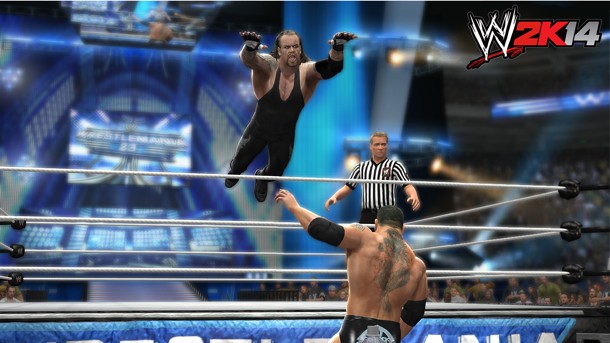 Let's just put aside for a moment that WWE matches are scripted. The Undertaker has a perfect 21-0 record at Wrestlemania, and both the WWE and 2K Sports are celebrating that alongside the 30th anniversary of wrestling's main event.

This year, players will be a able to step into the ring as The Undertaker (or against him) to either defend or break the streak. Defending the streak puts players into the ring in a "slobberknocker" match.

As the Dead Man, you'll take on an endless stream of opponents. There's no health reset in between, and eventually you're going to lose. The Streak mode will track your stats, including finishers and reversals and upload them to a leaderboard. 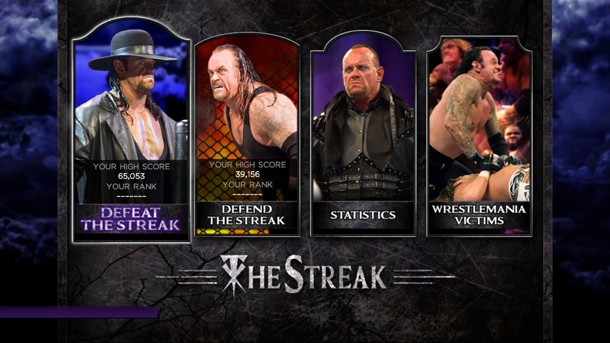 Alternatively, players can choose to defeat the streak. Any superstar (real or created) can step into the ring against an ultra-powerful Undertaker. Not only is the difficulty turned way up, but you'll have to face a bag of tricks unlike any other playable match in WWE game history.

During a match we saw, the lights randomly went out and Undertaker disappeared. He suddenly reappeared behind us, getting himself out of a potentially match-ending situation. Creative director Corey Ledesma told us that even members of the WWE 2K14 team have a hard time beating Undertaker in this mode.

Regardless of whether you come out victorious or rest in peace, your performance can be uploaded to the leaderboards. Of course, your friends will know if you take on the Dead Man as Kane or a diva, so degree of difficulty will certainly play into it.

WWE 2K14 is going to feature the biggest roster in franchise history, a walk down Wrestlemania memory lane, new creation and customization features, and Ultimate Warrior. You'll be able to bring it home on October 25, 2013, for PlayStation 3 and Xbox 360. 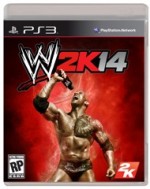