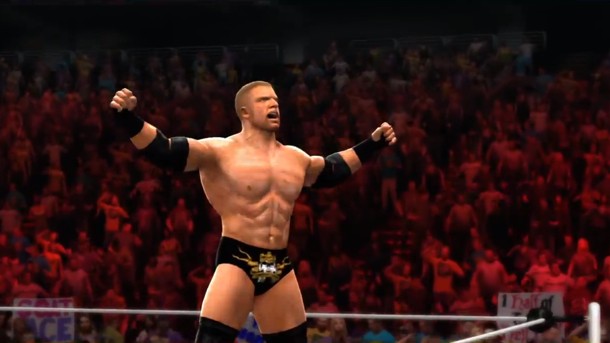 In less than one month, WWE fans will be taking to the digital ring to relive 30 Years of Wrestlemania. With an enormous roster and selection of historic arenas, WWE 2K14 is sending this generation of consoles out with a bang.

In a new trailer, you'll get a look at some high energy, in-ring action. If you like what you see, WWE 2K14 can come home with you on October 29, 2013 for PlayStation 3 and Xbox 360. If you are a fan of Ultimate Warrior, you'll need to have a pre-order in to play as him. For the diehard Dead Man fans, the Undertaker Phenom edition is filled with goodies celebrating his legacy.