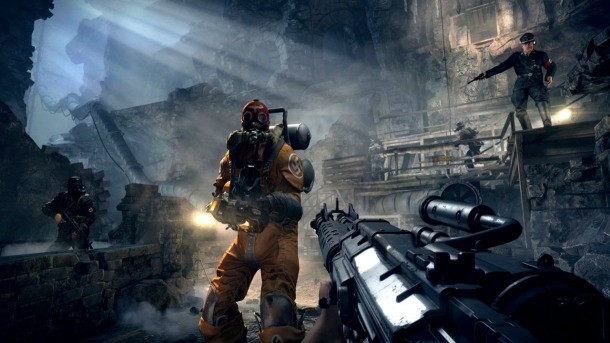 The Wolfenstein bloodline is one of the richest veins in the first-person shooter lineage. Only six games have appeared in the series since the hallowed 1992 3D release that kicked off the genre, and every entry (excluding the milquetoast 2009 release) has garnered some degree of praise. Machine Games has tapped this bloodline to create a standalone expansion to the New Order that serves as an homage to the past achievements of this storied franchise.

Cast as a prologue to the alternate history introduced in The New Order, The Old Blood joins B.J. Blazkowicz on a mission to recover confidential documents that reveal the location of key Nazi figurehead General William "Deathshead" Strasse. Split into two episodes, the lengthy expansion first requires the Nazi-slaughtering hero to infiltrate and escape Castle Wolfenstein before suppressing a paranormal uprising at an archaeological dig site.

This setup should be familiar to anyone who has played through the fantastic 2001 release Return to Castle Wolfenstein, and callbacks to the series' roots don't stop there. Every level contains a hidden bed that when used transports B.J. into a "nightmare" sequence where you can play through one of the nine levels in Wolfenstein 3D: Episode 1. Screenshots of this classic game are hidden throughout the levels (as well as Bethesda oddities like Dovahkiin's helmet from Skyrim), and the main menu art is clearly inspired by the boot-stomping box art of the original PC release.

Traces of the Wolfenstein heritage are also found in the combat, but it largely follows the versatile approach Machine Games took with The New Order. Most levels allow the player to choose between stealthy and aggressive approaches, both of which yield satisfying results. Blazkowicz deploys a variety of brutal finishing moves when sneaking up on enemies from behind, and proves equally adept at dual-wielding machine guns or shotguns to unleash violent streams of bullets.

The expansion introduces a few new instruments of death to spice up the combat, including a scoped bolt-action rifle and a powerful pistol that shoots an explosive round like a grenade. The two-piece pipe Blazkowicz lifts from the first prison he escapes also proves gruesomely effective at incapacitating enemies. Be sure to ramp up the difficulty if you want a challenge – the normal setting is quite forgiving to casual stealth and reckless firefights.

The Old Blood introduces two new villains to the Wolfenstein cast: a menacing torture expert who rivals Blazkowicz in size, and a polio-ravaged leader of the SS archaeological division. Given B.J.'s predisposition to being easily captured, you can look forward to several interactions with both. But this is the extent of the character building Machine Games attempts in the expansion, and both end with unsatisfying boss battles. You only meet a couple resistance fighters, none of which have the depth of their The New Order counterparts. This lack of narrative gravitas ultimately robs The Old Blood of the qualities that made its predecessor memorable.

Had The Old Blood been injected with more new blood, maybe it would have matched or surpassed the quality of The New Order. But by over-relying on nostalgia to drive the experience, it's well-crafted fan service rather than an attempt to push the series in new directions. For a standalone expansion that's not an unforgivable offense, but we're excited to see what Machine Games can do with the series now that this genealogical exercise is flushed out of its system.

7.5
About Game Informer's review system
Concept
Re-enlist Wolfenstein fans with a standalone prequel to The New Order
Graphics
Familiar environments recall Return to Castle Wolfenstein and the 2009 installment
Sound
B.J. Blazkowicz’s unintentionally funny “Deep Thoughts While Murdering Nazis” baritone commentary runs through the action
Playability
Whether you want to go stealth or guns blazing, combat is the bloody heart of this experience
Entertainment
With myriad nods to Wolfenstein’s past, The Old Blood captures the essence of the series, but does less than The New Order to advance it
Replay
Low 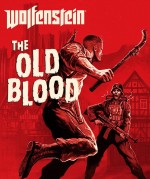