Many years after Interplay’s classic PC RPGs, InXile Entertainment and Brian Fargo have brought the genre back to the spotlight after decades “in exile” with the help of the Kickstarter model. Prepare to enter the grim post-apocalyptic world of Wasteland 2, where bullets are scarce and mercy is even scarcer. If you’re a fan of Fallout 1 and 2, this game is for you.

Wasteland 2 is a direct sequel to the original title, but don’t worry if you haven’t played the 1988 Apple II game – you won’t need to know anything going in, as the story immediately immerses you in the desolate wasteland of a world destroyed. You play as a group of Desert Rangers, doing your small part to help assist those in need and restore some semblance of civilization in an alternate history where a nuclear holocaust has turned the world into a radioactive hell. Supplies are limited and social niceties are absent.

Wasteland 2 tasks the player with creating four characters and then sets you loose into the world armed with only a handful of ammunition and your brain. Your job is to to craft a perfect team with all the abilities you’ll need in the field, but you simply can’t by design. You aren’t awarded enough upgrade points to even come close to covering all your bases, so during character creation you’re making permanent decisions long before your first battle or conversation. Some excellent character templates are available that follow long-standing RPG archetypes, but I recommend making your own team, perhaps after playing an hour or two with the premade options.

In classic RPG fashion, you divide skill points up between core attributes like health, speed, and weapon skills, plus soft skills to persuade or intimidate NPCs, crack safes, heal damage, bust down doors, and trade with the denizens of the wastes. You won’t have enough points to go around, so creating specialists that are experts in certain areas is the way to go. After trying a jack-of-all trades build at first, I rerolled and made a crew of professionals that couldn’t interact with every door or person I ran into, but were excellent at the encounters they were designed to handle.

This also makes your team far more effective in combat. Avoid picking multiple characters with the same weapons specialization, as supplies of ammo are limited and you’ll want some melee backup in the form of blunt weapons or fists. Guns can jam in combat, costing you precious turns, and reloading will also eat up your action points. Getting close can be tough sometimes, but it’s good to have a sturdy bat or board with nails in it that won’t ever run into these issues. Because of all the different moving pieces and options, determining how you want to go about approaching the game is a delightful conundrum.

Your four-man team encounters several follower characters during the course of the game that can flesh out your skillsets, like the drunk hobo Scotchmo, the vengeful Angela Death, or the computer-hacking Rose, who of course has a spiffy signature gun called Thorn. These players are fully controlled outside of combat and level up just like your regular characters, but they may choose to make their own moves in combat based on the points you’ve placed in the leadership skill. These characters also have their own motivations and ideals, and if you find yourself doing things they might not approve of – like killing their friends – they may leave the group. As with many other aspects of the title, it’s nice to see that your actions are constantly shifting the game state.

Combat is the core of Wasteland 2. Like Fallout, the turn-based mechanic uses action points for moving, shooting, swinging, reloading, unjamming weapons, crouching, and setting up ambushes and headshots. It’s a simple system with a lot of depth, and your options are constantly changing as new skills and weapons become available. A blast from one shotgun may cost six action points, but a good pistol may only take two to fire. Each character can equip a primary and secondary weapon, and switching between them is a free action during combat, so cover your bases.

The combat is slick and refined. Despite the fact that this game’s roots lie in the sometimes perplexing PC strategy genre, Wasteland 2’s combat is one of the more accessible yet complex systems available. The combat is mostly solid the whole way through, but they can delve into repetitive and uninteresting territory at times, with many battles pitting you against the same stock wasteland bandits using the same moves over and over again. Like many other tactical RPGs, the camera can work against you and lead to unfortunate accidents, especially with area-of-effect attacks. The combat tunes can also get a little grating after hearing them over and over.

Conversation is a major activity outside of combat. While you always have a roster of appropriate keywords and phrases to draw upon when talking to important NPCs, the soft skills like “hard ass” unlock special dialogue options. These conversations can lead to bonus loot or unlocking entire new locations on the world map, so don’t just hammer through the dialogue like a MMORPG player looking to jump back into the action. In addition to the canned responses, players can also type in their own words, and perhaps unlock even more interesting secrets – sort of an extra bonus for those paying attention to what’s going on in the game. Wasteland 2 is unflinchingly dark; players must make horrible life and death choices along the way and witness the consequences of their actions. Early in the game, you have the choice to help either the Ag Center, which is being overrun by infected plant life, or Highpool, under siege by your typical Road Warrior wasteland goons. Whatever your decision is, it will determine potential team members, and you’ll eventually visit the other location later in the game, realizing that those calls for help that you didn’t answer led to something terrible. This is just one example, as the game continually enjoys forcing you to make decisions with lives hanging in the balance.

Thankfully, an undercurrent of humor runs beneath the dark story, with in-jokes relating to other games or pop culture. These continual jovial jabs help put a smile on your face even as you begrudgingly sign someone’s death warrant or splatter a bespectacled man’s head with a scattergun.

To move in and out of encounters you transition to the world map, where your party is replaced by a ranger icon. As you trek across the dangerous terrain, your party chugs your valuable water supply. If you run out of water, party members dehydrate and eventually die. The world map also has hazards like radiation tiles, which can kill you over time. It can be frustrating to take on a bandit lord and then find yourself losing a team member permanently to these killer tiles, so save often.

The world map includes a number of interesting interactions in addition to set locations, from loot caches to random encounters with enemies. Travel is essentially an interesting side game that breaks up the loot, shoot, chatter, solve loop that comprises many of the main locations. Tons of optional locations and quests are waiting for discovery, and if you want to succeed in the wasteland I recommend doing at least a few of them for the extra experience, crew member options, and possible bonus skill points.

The game is huge and offers strategy fans a substantial serving to devour. However, even with a handy quest log, not everything for critical progress is laid out in an understandable fashion. Even players familiar with the genre may find themselves wondering how to proceed at certain points after exhausting dialogue options.

Wasteland 2 feels like a perfect execution of what inExile hoped to accomplish with this Kickstarter-fueled project, not only an excellent retro nod to the computer RPGs of decades ago, but a great RPG of today. After a 26-year hiatus, this long-awaited sequel is a worthy successor to the CRPG throne.

8.75
About Game Informer's review system
Concept
Command a group of rag-tag rangers as you try to make a difference in a post-apocalyptic, ravaged land
Graphics
While they’re nothing special in today’s PC environment, the visuals feature a variety of environments
Sound
All of the gun jams, pipe bombs, and even the yelling of a goat that sounds like a human do their part in bringing life to the grim setting infused with dark humor
Playability
Fans of tactical RPGs will find the systems immediately understandable and highly accessible. While the game does its best to facilitate players, there will be some trial and error involved
Entertainment
The incredibly dark but somehow still humorous trek through the wastelands delivers, with an excellent combat system, interesting challenges, and compelling puzzles
Replay
Very High 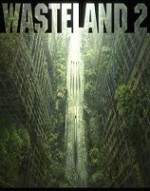