Android and iOS users have been treated to a growing number of digital adaptations of tabletop diversions. Titles like Settlers of Catan, Ticket to Ride, Ascension: Chronicle of the Godslayer, and Neuroshima Hex, provide something for almost anyone. The latest to join the party is Rodeo Games’ Warhammer Quest, based on a Games Workshop board game of the same name from the 1990s.

Players take a party of classic Warhammer heroes from settlement to settlement, fighting giant rats, snotlings, orc boyz, and rat-like skaven. Your general goal is to get to the end of dungeons while killing everything in your path. Outside of towns, where provisions and weapons can be acquired, play is turn-based .

Each round, invisible dice determine a variety of values. Random rolls occurring behind the scenes in combat aren’t new, but Warhammer Quest introduces unreliability into some of the classes’ core skills. Magic points aren’t accrued over turns; the available pool for each caster is assigned randomly each turn, so you won’t know what spells your mage will be able to cast. Marauders can become berserk and wound adjacent units, gain an extra attack, or lose the turn altogether. The odds of your Warrior Priest’s prayers being heard are determined at the beginning of each round. All of these variables make tactical planning difficult.

Tabletop and strategy game aficionados are used to randomness, but for those accustomed to cheering great rolls or mourning utter failure, the lack of transparency might be frustrating. The randomness has me conflicted; I didn’t mind it in combat, but leaving character utility to chance undercuts the strategy.

The main quests and side missions, which typically reward successful parties with unique gear, are flavorful at the outset and completion. Unfortunately, you get little narrative color in between. What is present is well-written. Don’t expect any J.R.R. Tolkien-caliber characters or scenes, but Warhammer Quest provides sufficient motivation to delve into its treacherous dungeons.

The entire affair is pulled together with one of the best interfaces I have ever experienced in a mobile title. The town screen, overworld map, and dungeon layouts are handled in landscape view. At any time, rotating into portrait view transitions into the inventory. Manipulating this screen is easy, and I found myself in and out of the journal and reserve items quickly.

Dungeons can be zoomed by pinching, and more importantly, the map can be easily rotated with two fingers. There is no lag on my iPad with Retina display or my iPhone 5. Moving between the two devices is a breeze thanks to the cloud save feature.

You get four characters when you buy Warhammer Quest, but four content-based in-app purchases are currently available. These add new quests, tilesets, three additional classes, and a skaven expansion pack with six additional settlements. The extra warrior types come with unique equipment, giving them a leg up over the base classes.

In-game gold for expensive arms and armor can also be acquired with real money, operating like a cheat code. The additional heroes add diversity to the game, but you can achieve victory just fine without opening your wallet – especially on the regular difficulty settings.

The hardest difficulty offers up permadeath, and I actually found myself disappointed with it. Unlike XCOM, which encourages a large stable of troops, Warhammer Quest limits players to one member of each class. This makes losing even a single hero in the base game potentially devastating. You can carry on, but you are at a significant disadvantage. I found the lower difficulties much more enjoyable, with the middle setting offering no discernable difference in combat challenge.

The presentation of Warhammer Quest is both attractive and economical. Of particular note, the pop-up book presentation when entering a settlement is striking. Maneuvering through the menu-driven towns is efficient, the journal of enemies and abilities is smartly implemented, and the music and aesthetic work poured into the experience balance grand adventure with the truth that the adventurers are really just in it for the loot. Put simply, this is an excellent mobile translation of a tabletop experience – but random design elements in the source material hold it back. 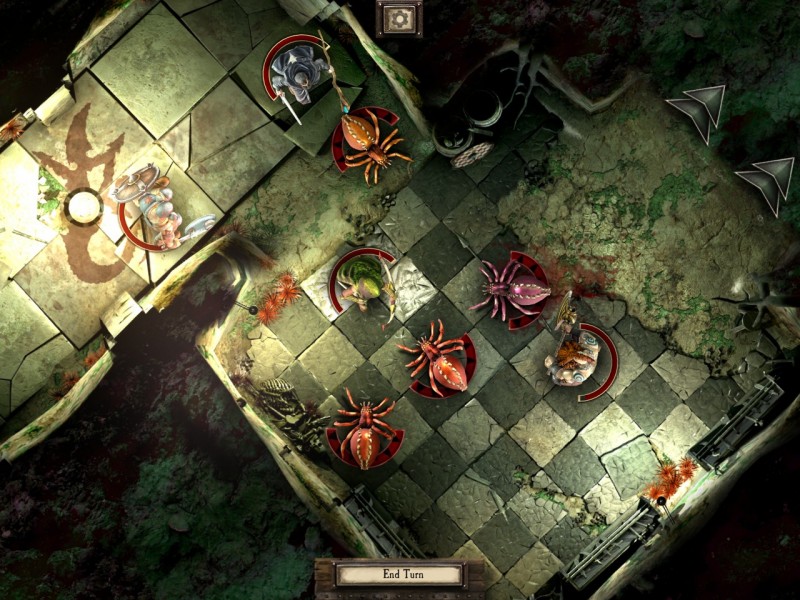 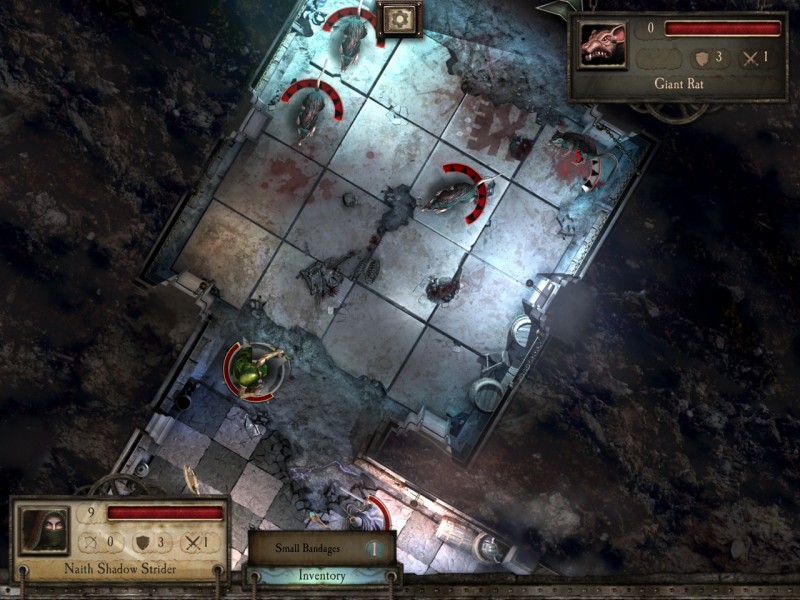 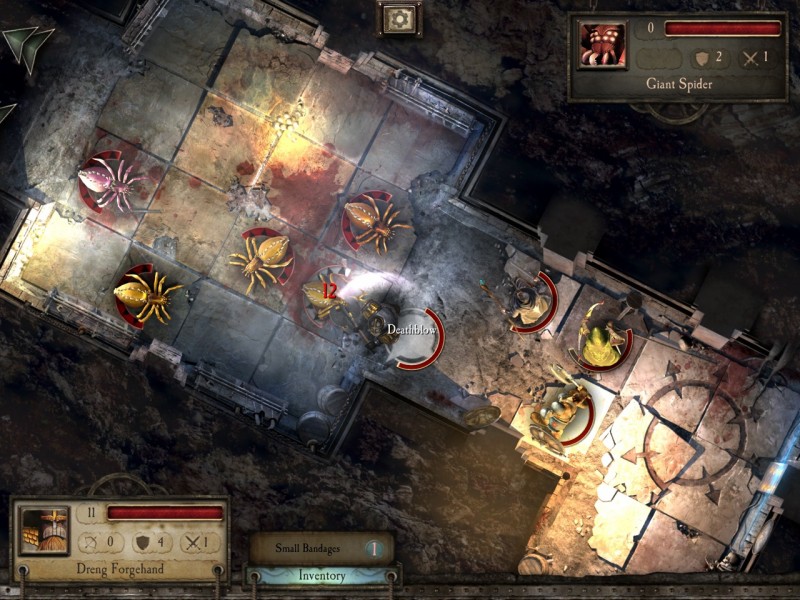 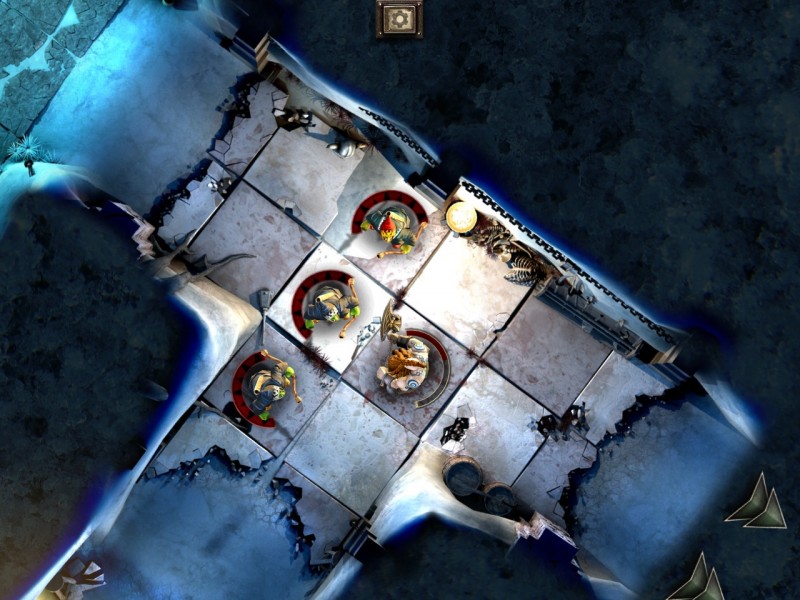 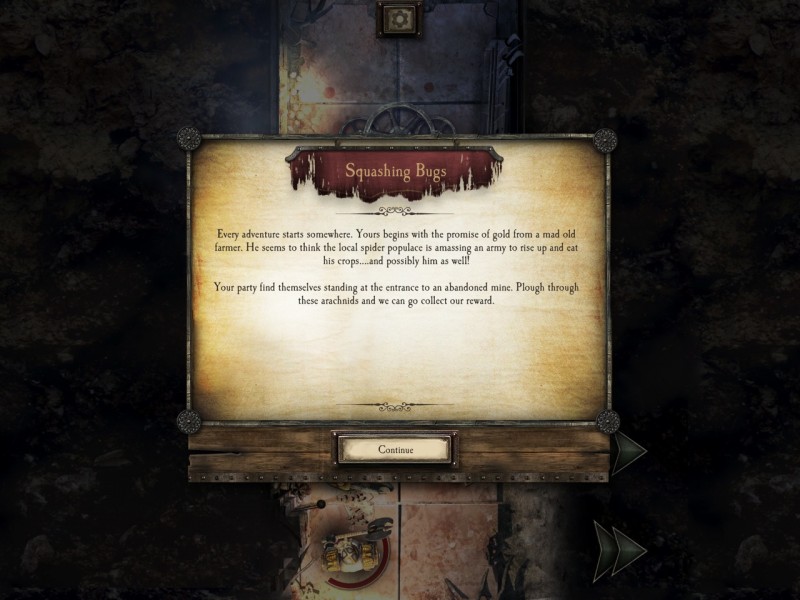 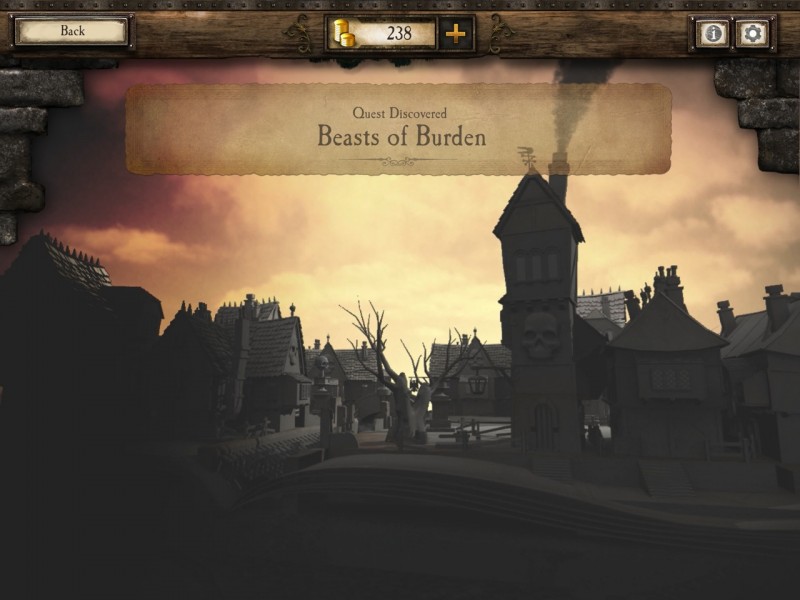 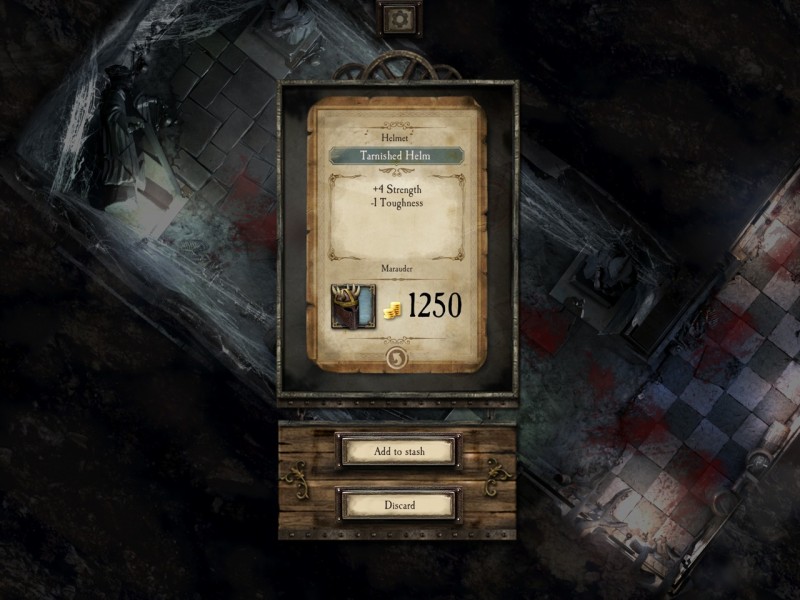 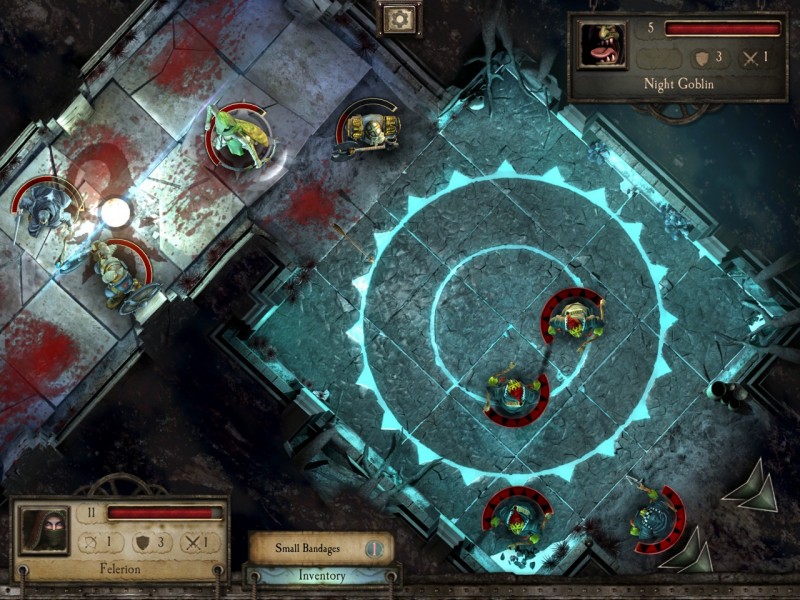 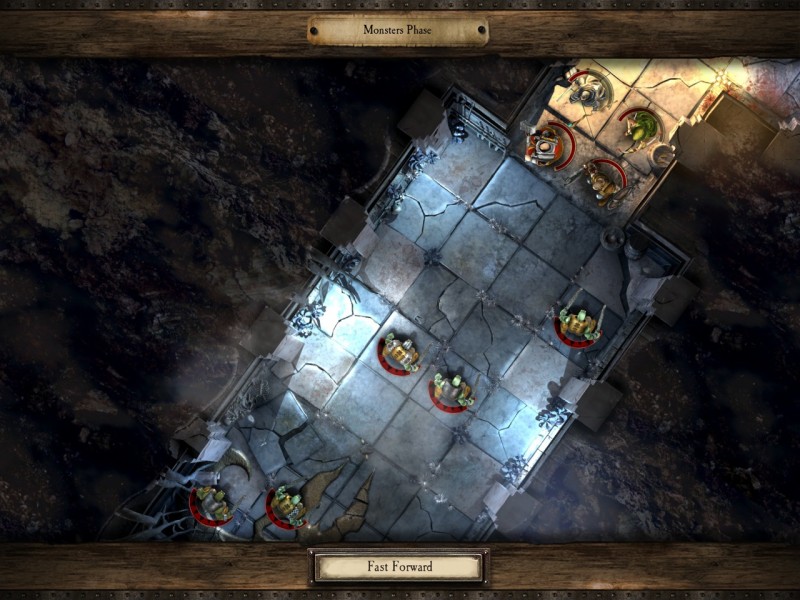 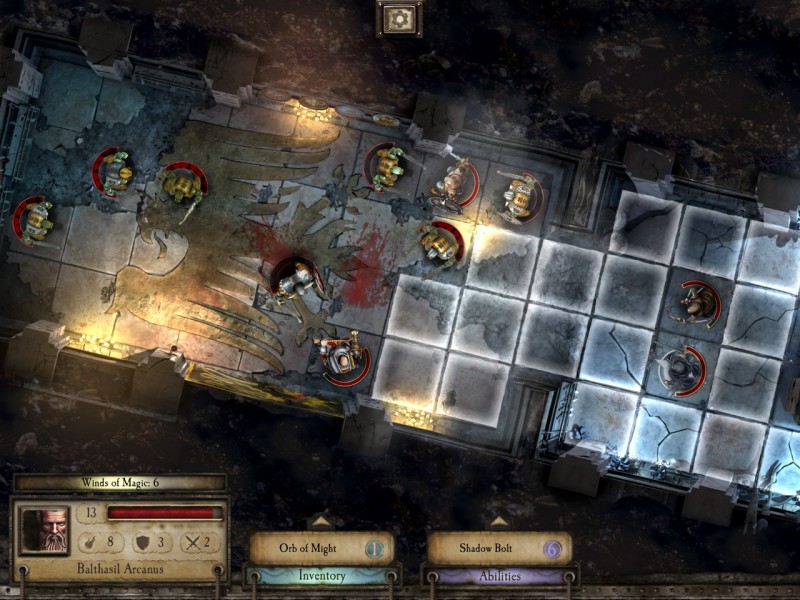 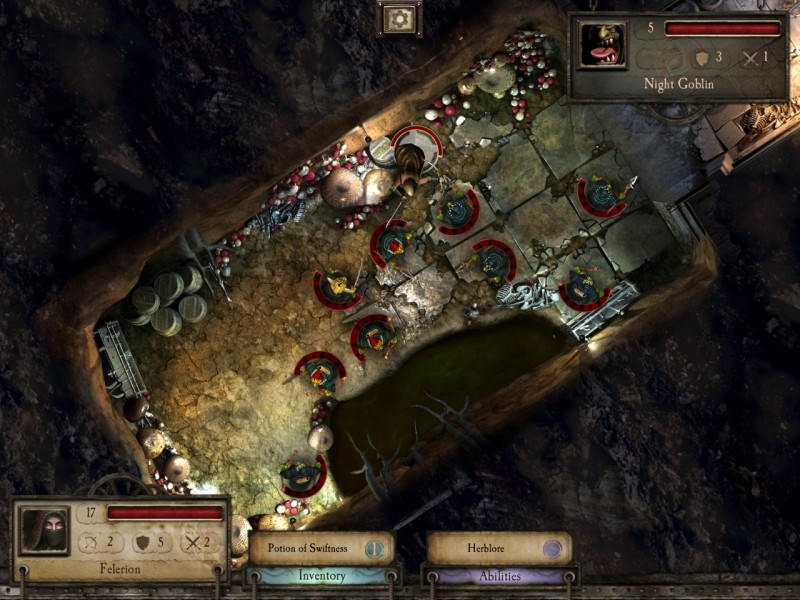 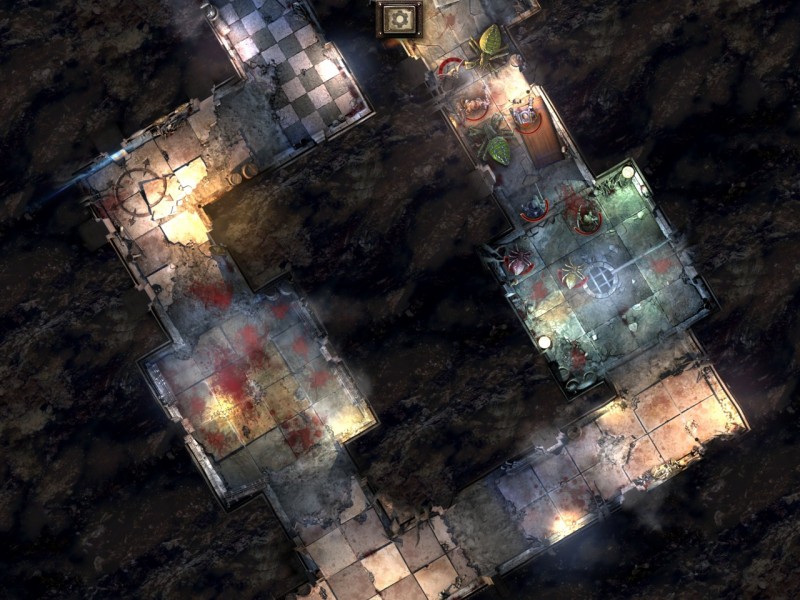 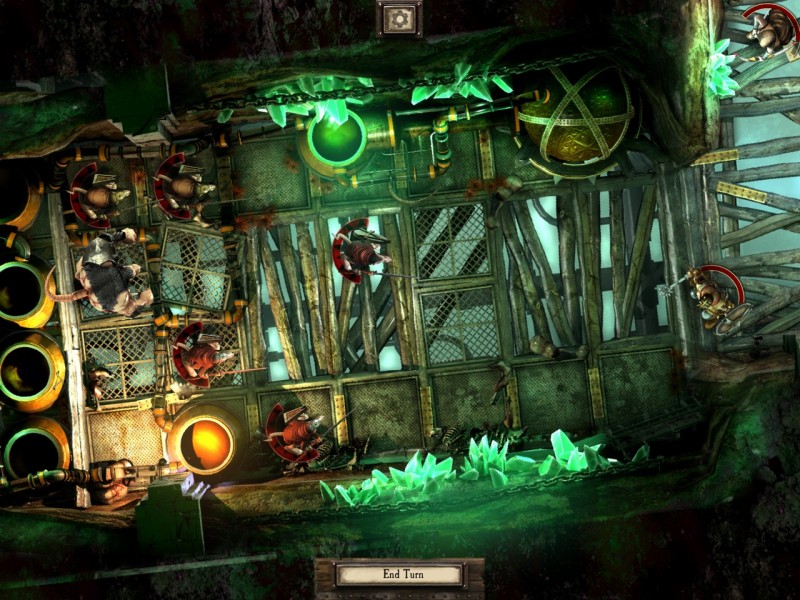 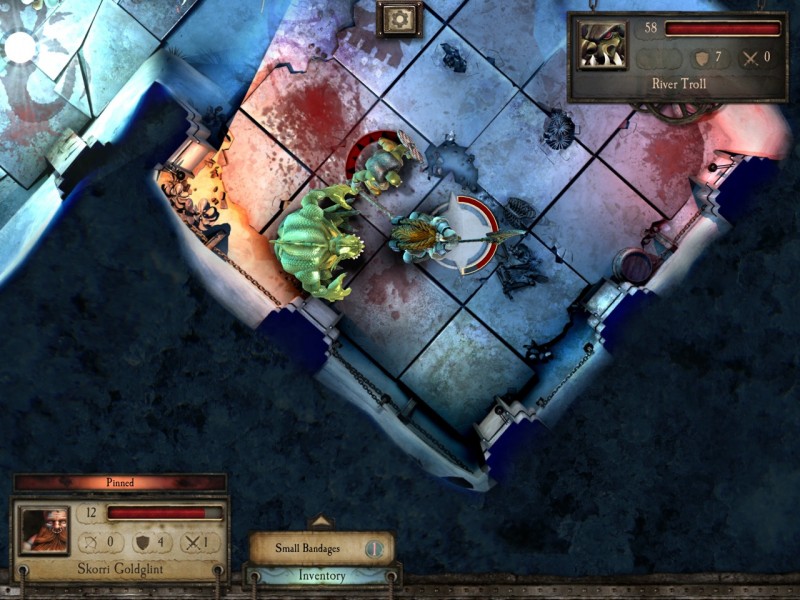 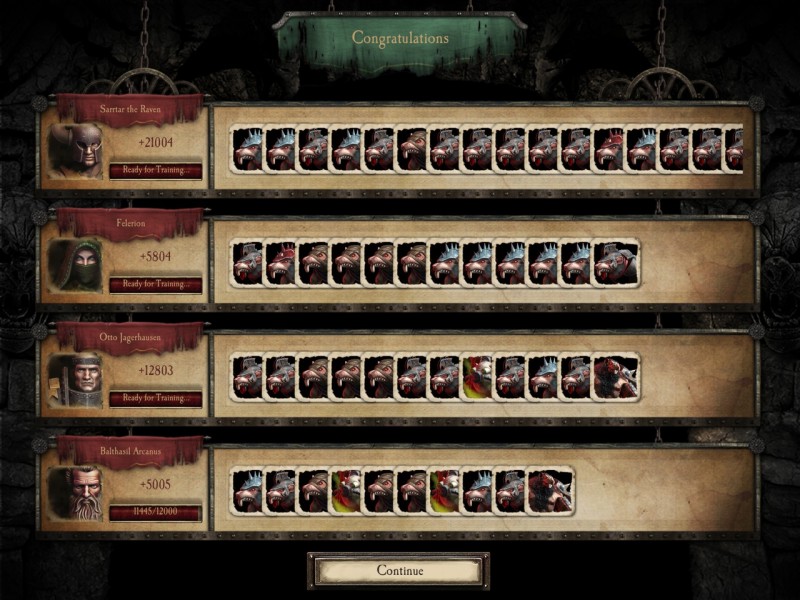 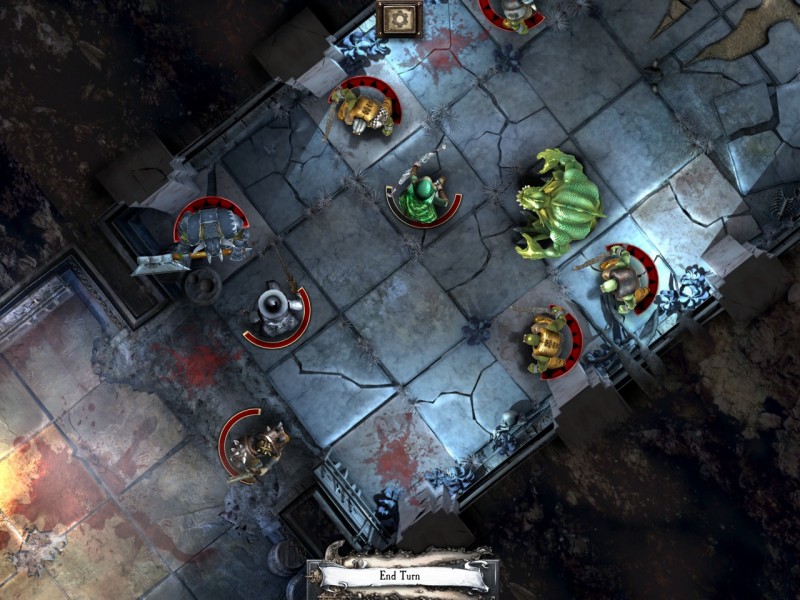 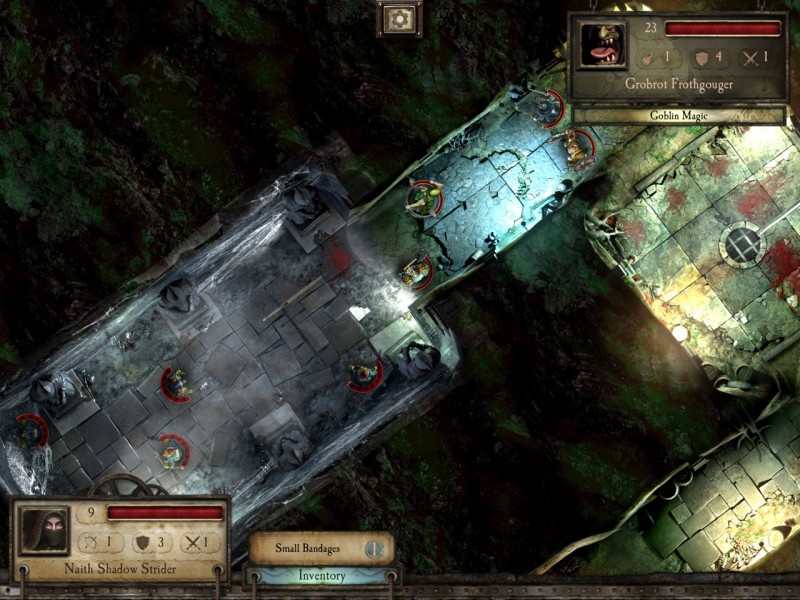 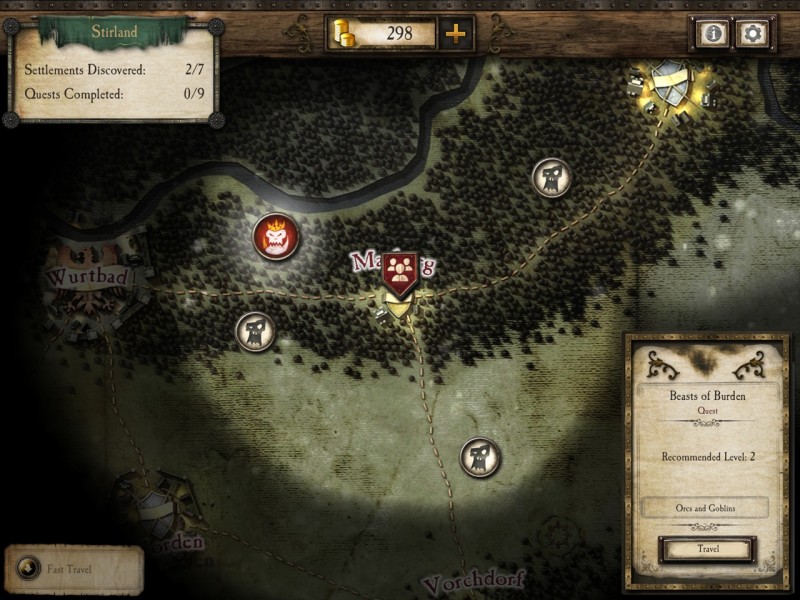 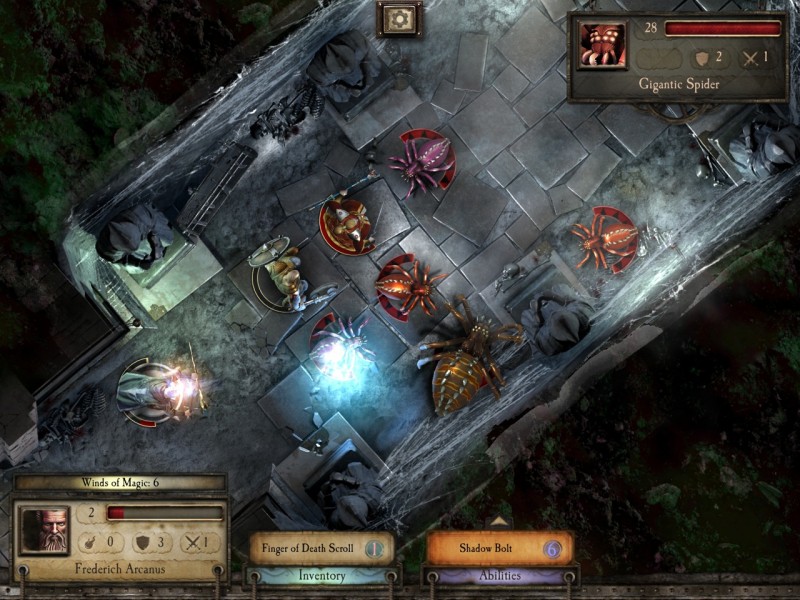 Chance isn't uncommon in tabletop games, but a few too many elements in Warhammer Quest are at the whim of randomness.