Velocity Ultra looks like the typical side-scrolling space shoot ‘em up, but it only takes a few minutes to realize that its hook – teleportation – makes it a very different experience from titles like R-Type and Ikaruga. The shooter genre is an intimidating one with a high level of difficulty, but here you are treated to the fun aspects of flying a ship through space dodging bullets, but without many of the frustrations.

Players control the special highly maneuverable Quarp Jet that fires a stream of bullets and drops bombs in the four cardinal directions. Holding the square button brings up a reticle that players aim to instantly teleport to the indicated position; this warp move can get you out or prickly bullet-riddled situations, allow you bypass an impenetrable wall, or position you to take out a group of enemies. You can also activate the Vita’s screen to instantly teleport to wherever you tap.

The control options surrounding teleportation are functional, but imperfect. Every other aspect – firing bullets, steering the ship, and dropping bombs – feels fluid and seamless. Touching the walls with your ship does not result in instant death, which further adds to the ease of control.

As is typical in vertical scrolling shooters, the screen is constantly moving ahead of the player. The action doesn’t pause or slow down when you use the button to transport, which can be a problem since your ship can’t move while you’re trying to aim your teleporter. The touch-screen method is faster, but requires that you take one of your hands off the controls, which is never a good idea in a shooter. Thankfully, the design of the main levels never place you a in a position where you have to transport repeatedly with speed. My lack of confidence with the teleportation mechanic never caused frustration; it’s not a perfect system, but it’s good enough for what the action demands.

Along with transporting within single screens, dropping telepods allows you to set waypoints almost wherever you need. This feature sets Velocity Ultra apart from other titles in the genre, steering it more toward exploration than mindless shooting. The levels are constantly moving from bottom to top, and dropping telepods allows you to instantly jump back. Electrical field gates need to be deactivated in order to progress and save everyone. To turn off the fields, you have to shoot switches in a specific order. When a fork in the road appears, you can drop a telepod, head left to hit switch number one, jump back to your telepod position, take the right fork, and hit switch number two.

Hitting switches in a particular order isn’t technically a puzzle, but it adds a worthwhile wrinkle to a genre that is typically straightforward. The levels become areas of exploration instead of simple tracks to lob swarms of enemies and bullets at you. The intensity and speed that comes with any game where the screen moves without your interaction is here, but with telepods you get a chance to explore these levels and take your time.

Velocity Ultra also features a strange collection of unlockable games that offer a surprising amount of additional playability. You can unlock things like a calculator, a multiplayer Bomberman clone that can be played on a single Vita, a version of Minesweeper, and a game of memory that uses the Velocity’s assorted art assets. It’s a strange collection of games, but one I welcome with open arms. They smartly use the art assets to create completely new games, most of which offer genuinely fun accessible multiplayer experiences that can be played on a single Vita. It lets you take a break when you want to do something different, or calculate the tip at a restaurant if you forgot your phone, but somehow remembered to bring your Vita.

Velocity Ultra looks, plays, and sometimes feels like a traditional vertical scrolling shooter, but has a level of accessibility and innovation that separates it from comparable games. Its main hook is one I never felt fully comfortable with, but it didn’t hinder the overall experience. The genre convergence on display here is exciting, and worth playing even if you typically avoid shoot ‘em ups. 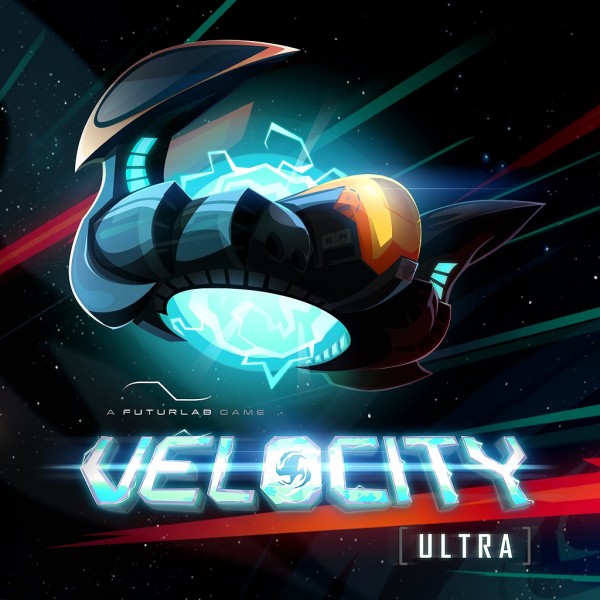 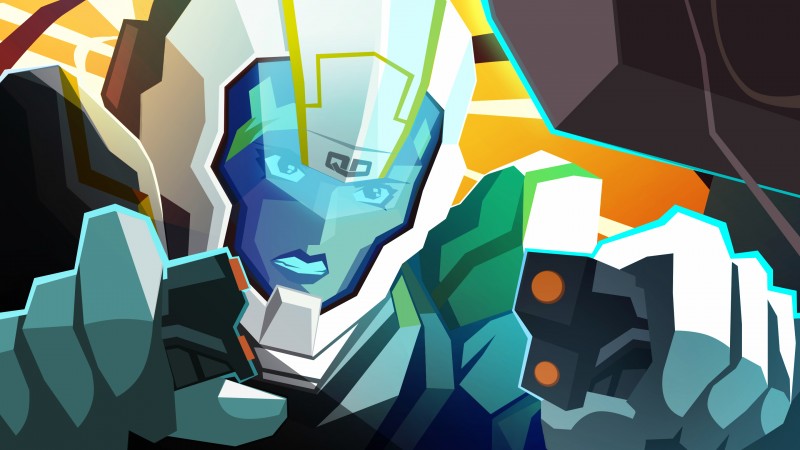 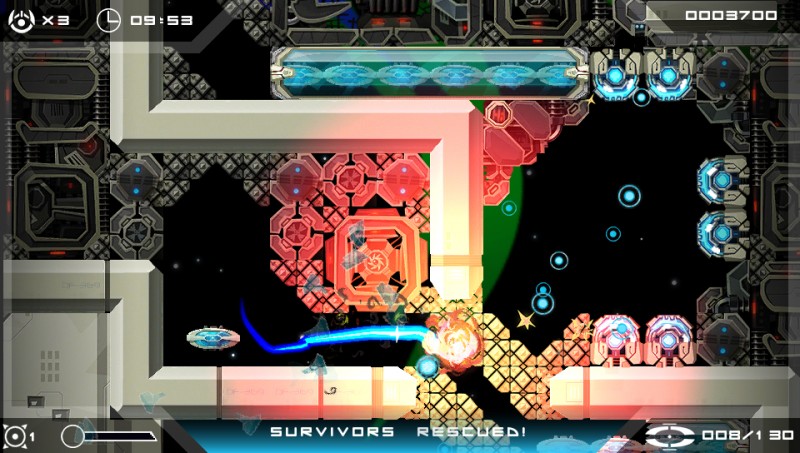 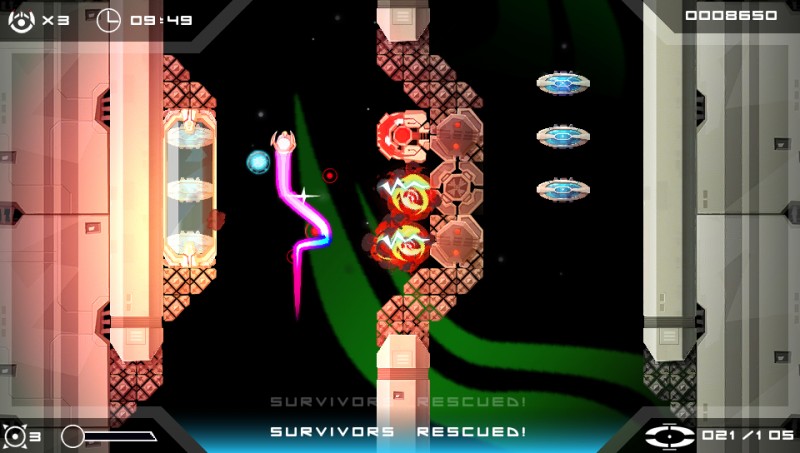 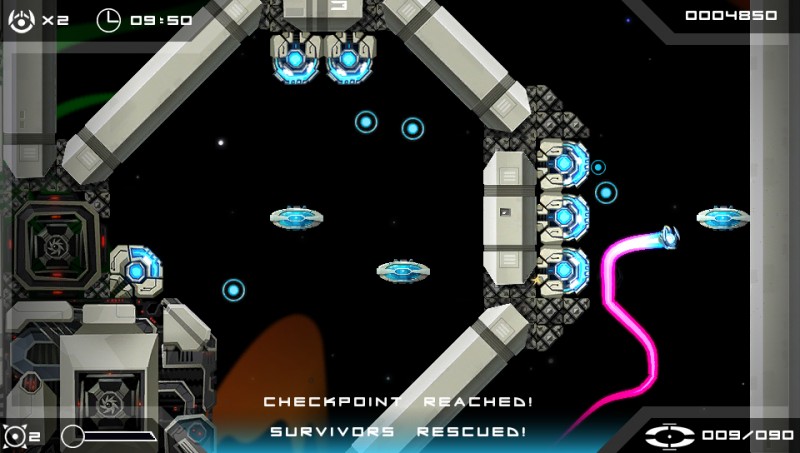 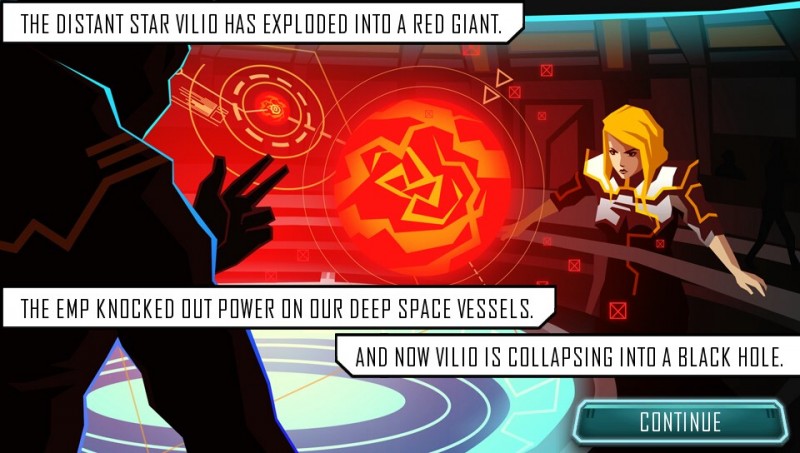 8
About Game Informer's review system
Concept
Use traditional shoot ‘em up mechanics to deliver something closer to an adventure/puzzle game
Graphics
The static images framing the story are lovely. The general art direction lacks variety, but it is still sharp
Sound
The techno music is appropriate, but repetitive
Playability
Controlling the ship is perfect. It never responds in ways you don’t expect. On the other hand, the warp function is far from perfect
Entertainment
A collection of interesting levels makes the core game fun, and the unlockables offer surprising and wildly differing modes
Replay
Moderate 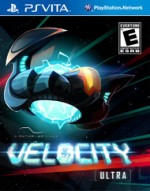