Valkyria Chronicles II Review: Another Strategic Victory, Despite The Small Battlefield
by Joe Juba on Aug 31, 2010 at 05:00 AM The first Valkyria Chronicles told the story of a war in Gallia, a small country surrounded by military superpowers. When it released in the fall of 2008, Valkyria Chronicles’ real-world plight paralleled that of the fictional nation of Gallia; it was a quirky strategy-RPG beset on all sides by giants of the video game industry. I reviewed Valkyria Chronicles for GI #188, an issue that also contained reviews for Fallout 3, Gears of War 2, Fable II, Resistance 2, Mirror’s Edge, Chrono Trigger DS, and LittleBigPlanet. Even surrounded by such high-profile titles, Valkyria Chronicles amassed a cult following and was successful enough to spawn a second installment.

As a fan of the first game, I was initially disappointed to learn the series was moving from PS3 to PSP. Then I played Valkyria Chronicles II, and all was forgiven. Sega makes some sacrifices to make the experience more portable, but it also made improvements and added depth, resulting in a follow-up that stands right alongside its predecessor.

The strategic combat system remains remarkably similar to the first game. After surveying the situation from the command map, you take control of individual units to move and attack in real time. Putting players in the middle of the action avoids the mechanical repetition associated with grid-based strategy titles, while still delivering the thrill of a well-executed tactical maneuver. Unfortunately, the maps and mission objectives lack variety; you’ll often fight in recycled areas, and the sprawling battlefields of the original have been split up and shrunk down to several bite-sized areas per mission.

The smaller maps are one reason the scale of the conflicts has been drastically reduced, but there is another problem. Where you could once bring a veritable army into battle, you are now limited to six soldiers on the field at once. This is especially restricting when you need to wage war on multiple fronts. This limitation is the most glaring flaw, since it also prevents battles from achieving the epic multi-front scope of the original.

For many battles, your strategy hinges on shuttling allies from one area to another. I found this disappointing at first, but new enemies and unit types ensure that you aren’t constantly reaching into the same bag of tricks. The orders you issue (like passive buffs and mortar strikes) aren’t nearly as overpowered as they were in the last entry, forcing you to consider your options more carefully instead of pumping up a single super-soldier. If that isn’t enough variety for you, check out the new versus and co-op challenges. Multiplayer is local-only, but that isn’t really a strike against the game, since I found the single-player campaign far more interesting than the online features.

The PSP can’t reproduce all of the things that made Valkyria Chronicles a fan favorite on PS3. For instance, the cel-shaded sketchbook aesthetic of the original has been replaced with a more conventional anime vibe, and the plot isn’t as sophisticated or compelling. Valkyria Chronicles II compensates by making your time with your squad better than ever. The story doesn’t just focus on a few teammates; the entire squad is front and center. The characters each have unique cutscenes and missions that flesh out their personalities, and I became attached to several of them – even a few that I didn’t like at the beginning.

From the new weapon upgrades to the improved tank customization, almost everything outside of combat is a step above the last entry. Your allies feel more like individuals thanks to the new XP and advancement system, which rewards a unit’s performance. You still level up each class as a whole, but each unit receives bonuses for accomplishments like kills, healing, and base capturing. This means that your personal favorite units will excel and eventually take on specialized roles, like sniper or fencer. However, because the base classes still advance as a group, no one is ever left behind. The system is a great way to acknowledge and encourage the inevitable favoritism that will emerge for players as they get to know the squad.

Valkyria Chronicles II is the best PSP game I’ve played in years. It could have been even better if not for the limitations of the hardware, but hopefully Sega wises up and puts Valkyria Chronicles III back on home consoles. A game combining the large-scale combat of the original with the depth of the sequel would be a powerhouse of the strategy genre. In the meantime, this entry should delight fans of the original and inspire the uninitiated to pledge their allegiance to Gallia. 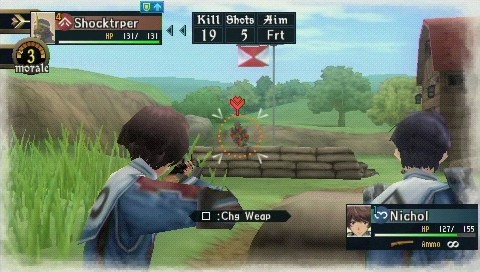 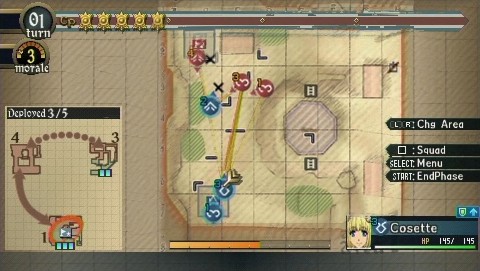 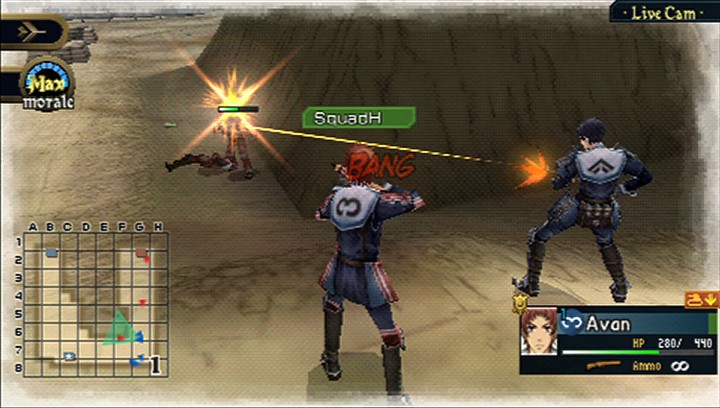 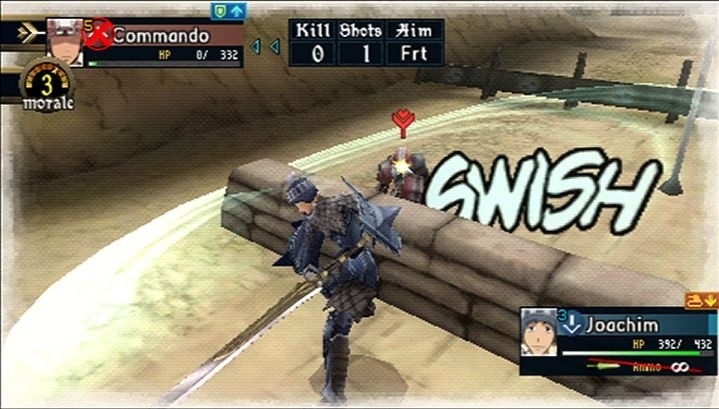 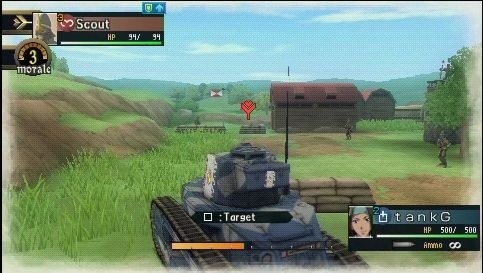 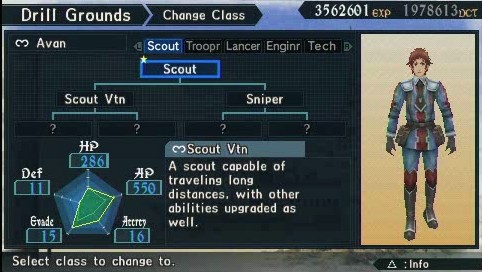 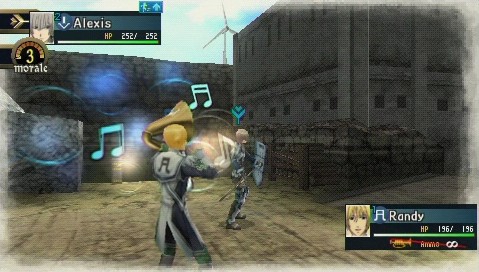 8.5
About Game Informer's review system
Concept
Civil war has broken out in Gallia! Can your ragtag class of military cadets keep the nation whole?
Graphics
Even without the cool effects of the original, the sequel still has a distinct visual style
Sound
A superb soundtrack sets the mood, and the sparse voice work is pretty good when it’s used
Playability
The difficulty is generally lower than the first game, but a handful of story missions will punish you ruthlessly for a wrong move
Entertainment
Just as good as the first game, but fun in different ways
Replay
Moderately High