Street Fighter II is a peerless fighting game. It catapulted the fighting genre into the mainstream 26 years ago, and remains one of its best exemplars. Ultra Street Fighter II: The Final Challengers still has the immediate, dynamic fun of the original. The mind games of outplaying your opponent, throwing projectiles to zone them, and landing a well-timed blow is a blast. However, many of the additions surrounding that fun in Ultra are either short-lived novelties or outright terrible, and certainly not enough to make this the definitive version of a classic.

Ultra’s final challengers are Evil Ryu and Violent Ken. Evil Ryu mixes Ryu’s toolkit with Akuma’s super and dash moves, but as a result doesn’t stand out as a particularly interesting character. Violent Ken plays a little simpler than Ken’s Super Turbo iteration (who has a number  of special kick moves), but gets a dash move similar to Akuma’s Ashura Senku. This move can cover most of the screen quickly, making him feel immensely powerful compared to many of the other characters on the roster. However, compared to recent iterations of the Ryu archetype (such as Gouken or Oni) in other Street Fighter games, neither introduces new strategies – just more effective versions of setups we’ve seen before. Training mode is also packed with many features from modern fighters. You can record and play back movements for training dummies to perform, and the input display shows the number of frames between inputs, making it easier to know if you need to perform a move faster or slower for it to combo. But though the visual overhaul is taken From Super Street Fighter II Turbo HD Remix, Ultra lacks several of that version’s quality-of-life features, such as visible hitboxes, dip switch settings, and balance changes (Ryu doesn’t have a fake fireball, for example). The end result feels like a mix of forward and backwards steps, and it’s a bummer Ultra doesn’t always compare favorably to previous iterations.

Ultra also includes a couple of new modes, but they’re not worth revisiting Street Fighter II on their own. Way of the Hado is an arcade-style, first-person minigame as boring as it is ill-conceived. You’re supposed to perform Ryu’s special moves by moving the Joy-Cons in specific motions, but I simply waved my wrists up and down most of the time, since I had no problems beating stages using only the Hadoukens my waving produced. You gain experience points to increase Ryu’s damage, speed, and ability to build super meter – but the stronger I became, the lower my scores got. This is because the “combo” part of the score is based on how many hits you land without getting hit, and as fireballs deal more damage, you need fewer of them to down bad guys. Finishing the mode’s three stages involved grinding out the second stage for about 20 minutes, then handily beating the final stage’s boss, M.Bison. You can dive into an endless mode after that, but having more waves of enemies to kill doesn’t make this mode any more fun.

Buddy Battle, a two-versus-one mode similar to Street Fighter Alpha’s Dramatic Battle, is more fun than Way of the Hado, but still more of a gimmick than a long-term hook. Here you team up with a friend or computer-controlled ally to fight a single opponent, but must win two rounds before the enemy can win one. It offers a novel challenge as you figure out the best way to work with your partner to mercilessly wallop your opponent back and forth, but it’s much harder to coordinate with the A.I., making it essential to play with other people if you want to get the most out of it. The mode also runs you through the same five fights every time you play it, which makes it difficult to enjoy over time.

Ultra offers several other ways to play with friends. You can hand a Joy-Con off to a friend to play on the same console, use two Switches and copies of the game to play locally, or hop online. The online feature set includes standard, no-frills casual and ranked matches (ranking works as it does in Street Fighter IV, with individual player and character ranking points), two-player lobbies, the option to search for friends, and a standby feature that searches for online opponents as you work through the arcade mode. Most of my online matches played smoothly, with only a couple marred by significant lag. It’s unfortunate the replay feature only saves offline battles, however, since analyzing past matches is one of the best ways to improve.

If playing Street Fighter II anywhere you go sounds like fun, Ultra Street Fighter II isn’t a terrible version of it, and playing with friends brings back fond memories of when fighters were less intimidating. It may even kindle a newfound love for a game that has aged beautifully. But as a package, Ultra feels like the version of Street Fighter II we’re stuck with for now (since it’s otherwise not available on modern consoles), when it could have been the one we’ve been waiting for. 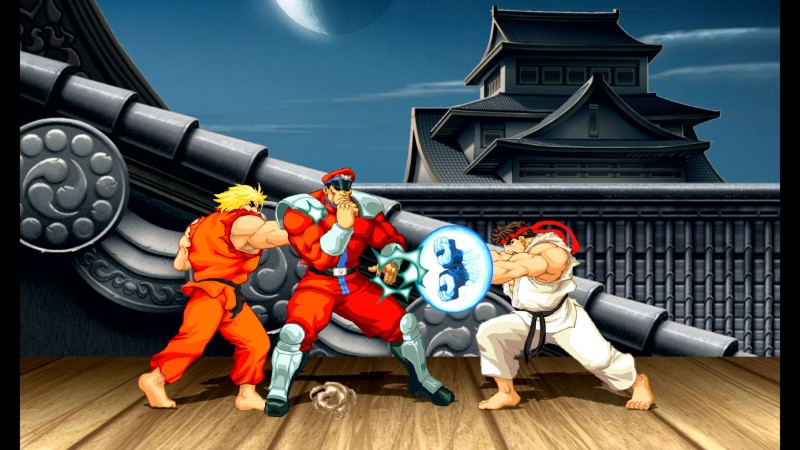 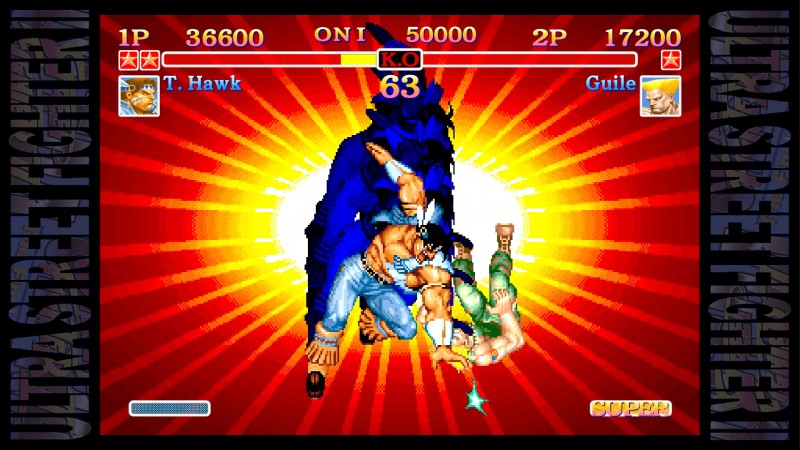 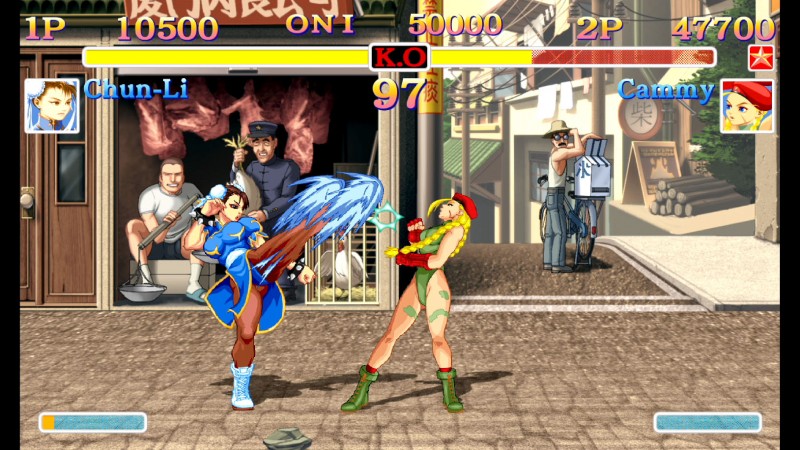 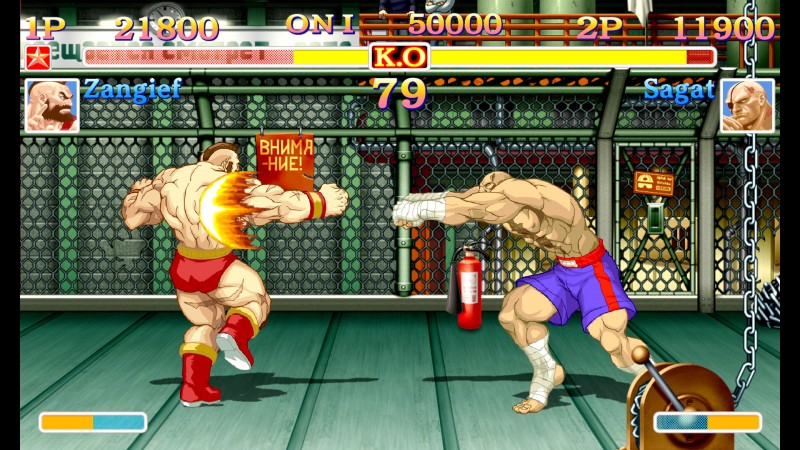 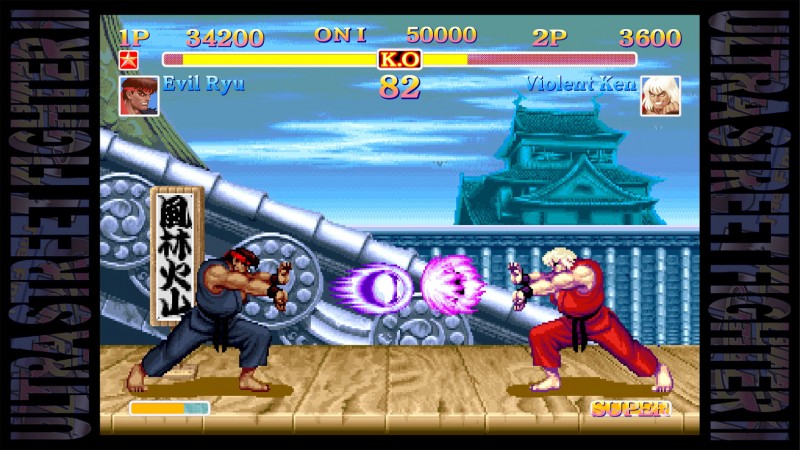 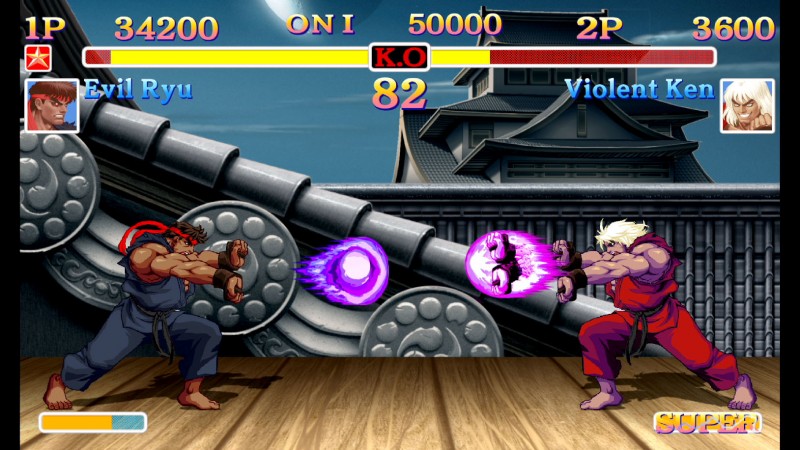 7
About Game Informer's review system
Concept
Take the landmark fighting game on the go with two new characters and some new modes
Graphics
Classic sprites are still detailed and fluid considering their age. The modern facelift from 2008’s HD Remix looks nice, but makes the lack of animation frames more noticeable
Sound
Stage themes from the arcade version of Super Turbo are vibrant and lively
Playability
The Joy-Con’s analog sticks and buttons aren’t the ideal way to do Sonic Booms and Shoryukens, though the game feels more at home on a Pro Controller
Entertainment
This is still an incredibly fun fighting game to have at the ready and online, but Ultra’s new modes and features are all minor additions
Replay
High 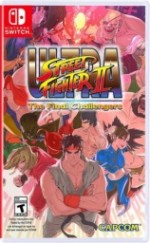