A good personal trainer isn’t just knowledgeable about fitness and diet, he or she knows how to make exercise fun and how keep his or her pupil motivated. There are days when even the healthiest gym rat doesn’t feel like exercising. Those are the days when it helps to have someone cheering for you and kicking you in the butt to spur you on. THQ’s new UFC Personal Trainer, on the other hand, is a complete pushover; my best workouts while using the software only happened when I kicked my own ass.

On paper, UFC Personal Trainer sounds like the kind of coach you’d want in your corner. Developer Heavy Iron Studios sought out health and fitness tips from the National Academy of Sports Medicine, and then enlisted the talents of leading mixed martial arts experts such as Mark DellaGrotte, Greg Jackson, and Javier Mendez. Those trainers currently operate three of the most prominent MMA training facilities in the world, and in UFC Personal Trainer they lead players through a series of one-on-one aerobic and strength training routines used by professional MMA fighters.

While UFC fans might thrill at the idea of being trained by some of the men behind UFC Champions such as Jon Jones, Cain Velasquez, and Frank Mir, the trainers in UFC Personal Trainer spout off more canned dialogue than they do actual sage advice. After listening to my trainers say, “We’re priming the body for a great workout,” four times during one warm-up session, I had to wonder if these professional gurus had even spent more than half a day recording voiceovers.

While it’s unfortunate that UFC Personal Trainer fails to cast an illusion of personal interaction, it wouldn’t matter so much if the game offered some genuinely helpful fitness advice. Sadly, the game fails here, too. While Personal Trainer will walk you through a decent variety of workouts and offers a fitness schedule that tracks your progress for up to 60 days, it fails to deliver an original experience.

Games like Dance Central provide a good example of how games can track a player’s body movements while showing players how to improve their form, but UFC Personal Trainer’s biggest flaw is its halfhearted implementation of motion tracking. UFC doesn’t measure your body posture or judge you on the accuracy of the punches you throw. In fact, the advice given by your trainer is often so vague you don’t know if your stance is accurate or if you’re leaving yourself exposed while throwing an elbow. Floor tracking is even worse; at least a third of my push-ups and sit-ups never registered with the game. In short, very little differentiates these in-game workouts from a DVD fitness video. In fact, these routines are often less intense than many of today’s popular fitness programs, such as P90X.

I sweated through several of Personal Trainer’s routines, and by the end, felt the comfortable muscle burn you usually get after a workout, which I suppose is one of the goals of any fitness program, but UFC Personal Trainer fails to deliver in every other way. These digital trainers are less helpful than a real trainer and the martial arts drills they run you through lack the satisfaction of punching a real boxing mitt or speed bag. This trainer won’t make you a champion. 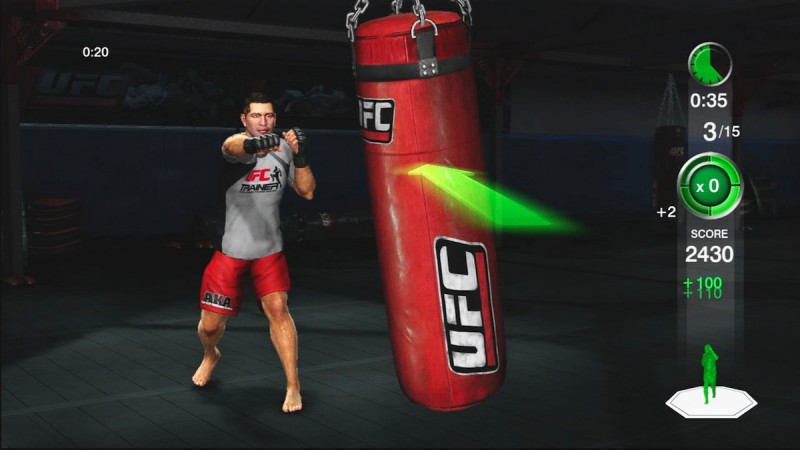 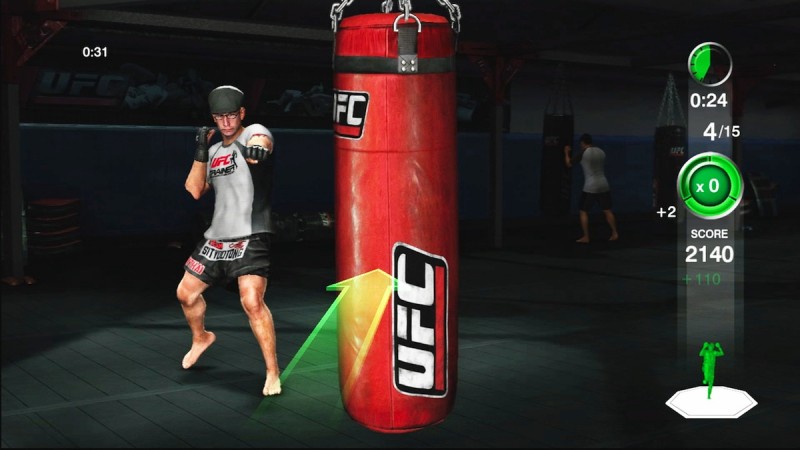 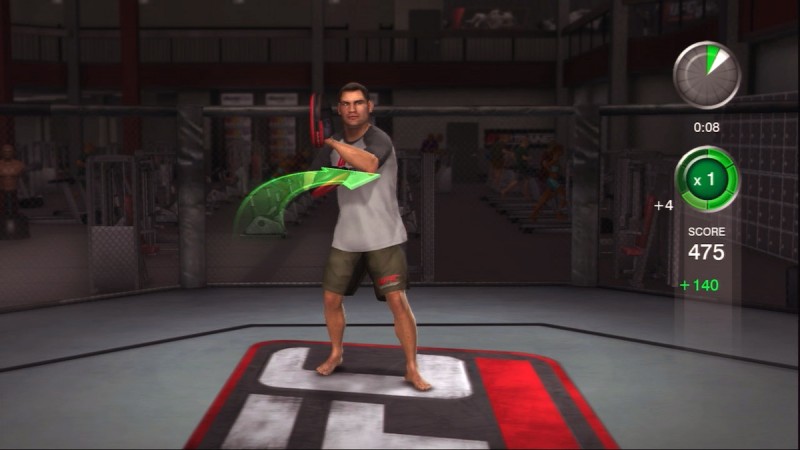 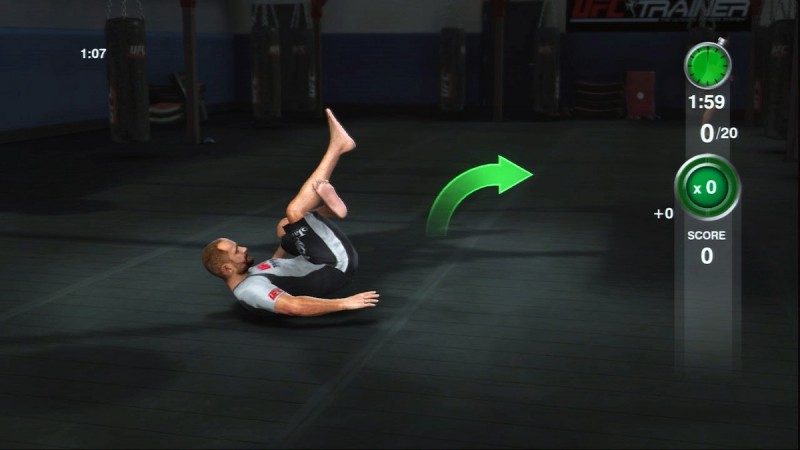 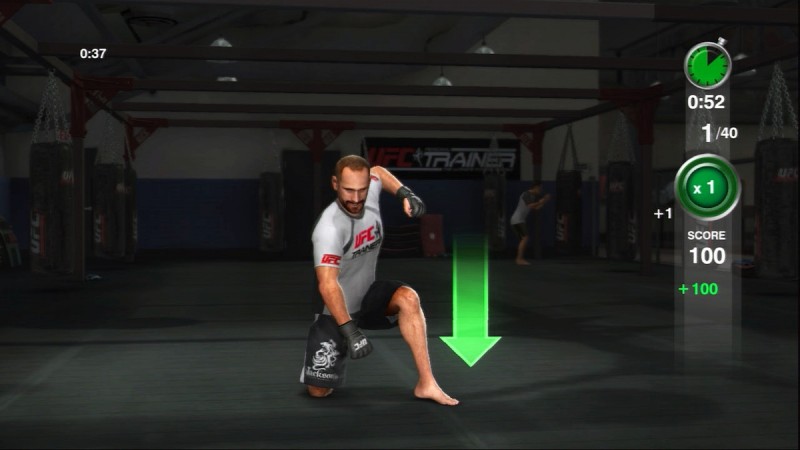 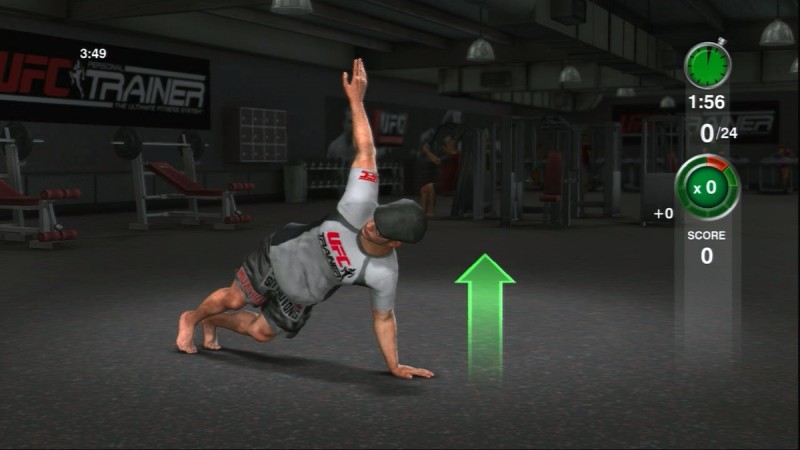 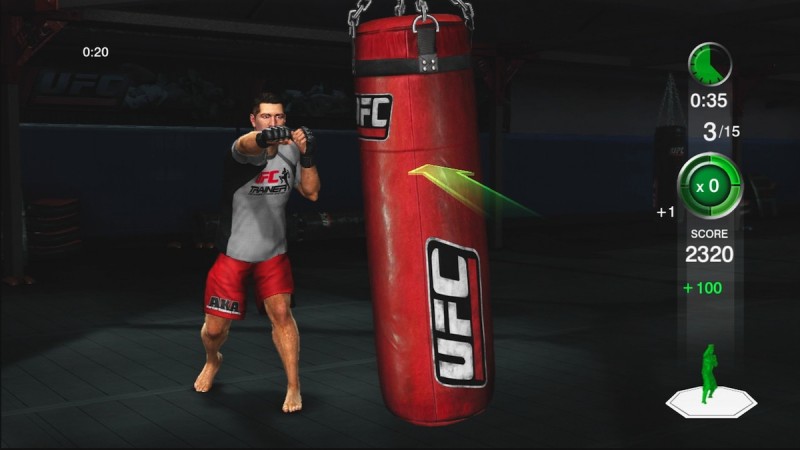 5
About Game Informer's review system
Concept
Real UFC trainers run players through fitness drills and instruct the basics of mixed martial arts
Graphics
UFC Personal Trainer is probably one of the best-looking fitness games on the market, which is good since you spend most of your time looking at digital recreations of UFC trainers
Sound
These professional fitness experts only recorded a handful of dialogue clips, so the voiceover during workouts gets old fast, and the synthetic background music sounds more generic than the soundtrack at a fitness club
Playability
The training program does a nice job of mixing up workouts, but the lackluster body tracking means you can fake every exercise
Entertainment
A fitness game doesn’t need to be entertaining, but a real fitness trainer strives to keep exercise engaging and exciting. UFC Personal Trainer fails at both
Replay
Moderate 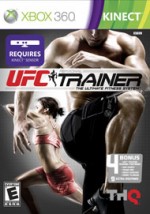