When EA Sports signed its deal with the UFC in 2012, the publisher had an uphill battle. The previous UFC series by Yuke's set a high bar that EA initially struggled to meet. With UFC 3, EA Sports refines and sharpens the entire package, finally earning its place as the champ of mixed-martial-arts video games.

No game captures the calculated-yet-violent spirit of mixed martial arts better than UFC 3. The rush of entering the Octagon with the sole purpose of topping your opponent is well represented through both gameplay and presentation. The UFC brings multiple martial-arts disciplines into each fight, and you must always be on guard against both ruthless knockouts and technical submissions. Fights often turn into breathless affairs, keeping you on the edge of your seat. Just because you're winning the fight doesn't mean a single well-placed uppercut or takedown won't turn the tide in your opponent's favor.

UFC 3's striking controls are the best the series has ever seen. From the base knowledge of each face-button corresponding to a limb to the more advanced strikes using shoulder buttons as modifiers to your basic attacks, the stand-up game in UFC 3 is intuitive and accessible while maintaining depth. New vulnerability windows leave you open to damage when you attack to make striking a more careful art. This, when combined with the finely tuned stamina bar, successfully balances out the number of fighters who come out swinging for the fences, as getting caught with a head kick in the middle of throwing a haymaker puts them in a precarious situation.

Animations have been rebuilt from the ground up for UFC 3, making for seamless transitions between moves. In addition, there are few awkward strikes and glitches during gameplay, and fighters look and move much more like their real-world counterparts. Each fighter's stance, pre-fight routine, and post-fight celebration looks authentic to how they behave in real-life.

With how great and authentic UFC 3 typically looks and feels, I'm disappointed by how often the commentary fails to keep pace. Play-by-play analyst Jon Anik does a great job in his debut effort, but longtime color commentator Joe Rogan adds little in way of new voiceover, a noticeable detriment in sequences where Anik and Rogan are going back and forth. In addition, the commentary sometimes lacks contextual awareness, with incorrect calls or set ups that give the wrong storyline of fights.

UFC 3's overhauled career mode is a huge success. The new GOAT Career mode peppers in multiple short-term goals to keep you engaged at every turn. I enjoy watching my fighter climb the ranks on his way to his first title shot, but the satisfaction of completing smaller goals every few fights on my way to a better contract is much more exciting. I also love how each contract gives me a new rival to trash-talk throughout my contract before facing off against them. UFC's licensed shows help tell the story of your fighter each step of the way, making each milestone even more satisfying.

Earning the title is still one of the ultimate goals, but to become the greatest of all time, you need to perform well inside and outside of the Octagon. I love the balancing act between training and promoting during the lead up to a fight. Do you want to boost your fight's hype by talking trash to your opponent on social media, or do you want to learn a new submission that might come in handy during that fight? I often struggled with the answer to that question, and because of that, I looked forward to each training camp as much as the fights themselves.

In addition to career, players can engage in several diversions, both returning and debut. Popular one-off exhibitions like Knockout mode return (with Snoop Dogg delivering humorous commentary), while the new Tournaments feature allows you to pit 8 or 16 fighters against each other in a bracket-style tournament with custom rules. I'm glad Live Events are back, as I enjoy following along with real-world cards and putting in my picks for who I think will win.

Online, you can play in ranked championship in pursuit of a belt, or unranked quick-matches, resulting in a basic-yet-enjoyable suite. Online play is mostly smooth and absent of lag, but I'm annoyed you still can't skip the long-winded pre-fight and mid-round presentations unless both players agree to.

Ultimate Team also introduces many new features. As you fight through opponents online and offline, you earn in-game currency, which can be used to purchase packs. Each pack you open features fighters, moves, and consumable boosters that can be applied to different slots of each fighter in your starting lineup. Items can also boost your chemistry rating if you apply them to the correct weight class, fighter type, and slot (for example, punches to the arm category). With each added move and consumable boost, your fighter becomes more competitive, which helps whether you're jumping into online matchmaking or staying offline.

With items carrying different tiers of effectiveness, and better packs costing more in-game currency, it opens the mode up to tempt you with microtransactions. However, without paying any real money, I still fell into the addictive loop of earning coins through completing in fights and opening packs to improve my fighter. Opening a pack to reveal your favorite fighter, or the move you've been missing from one of your starters' arsenal is a thrill. I love that the online portion of Ultimate Team has been complemented by a fully featured offline mode for those who don't want to throw down in the fiery gauntlet of online competition or worry about players who have paid money to acquire the best items.

By building on its already strong foundation and adding meaningful new gameplay and modes, UFC 3 delivers a terrific MMA experience from top to bottom. Whether you want to play against a friend in a single bout or develop a fighter from local favorite to greatest all time, UFC 3 allows you to live out the fantasy of stepping into the Octagon like never before.

Note: The online portion of this game was evaluated using EA Access servers prior to official launch. 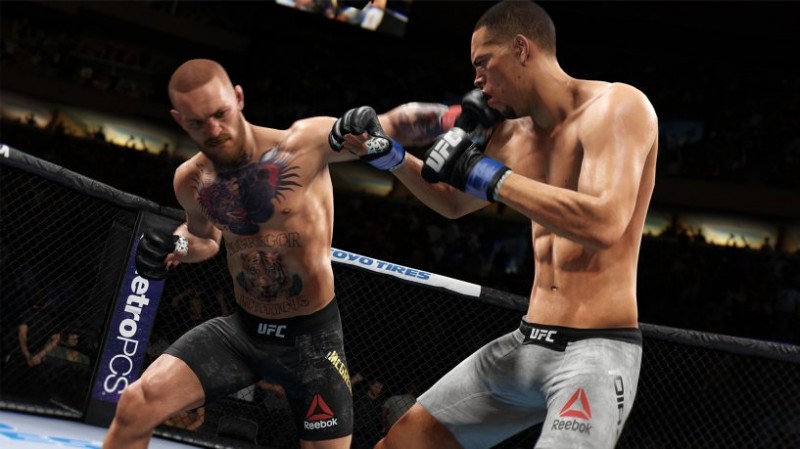 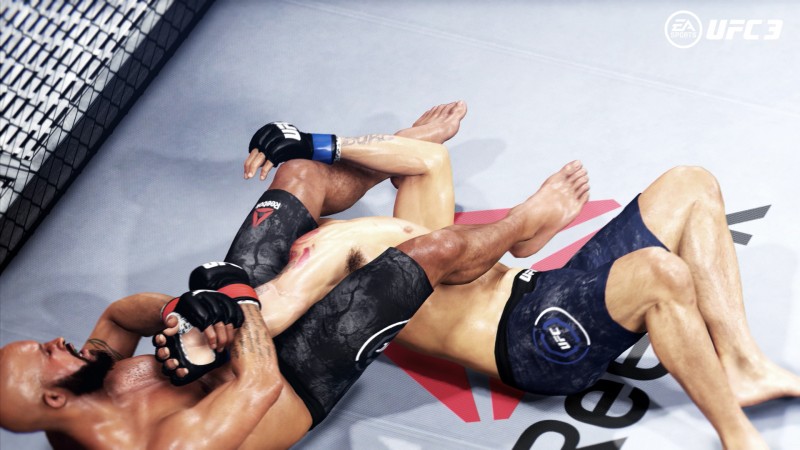 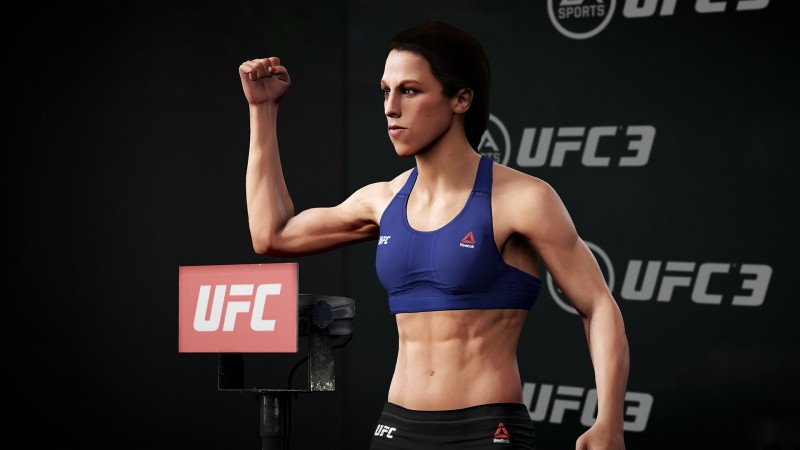 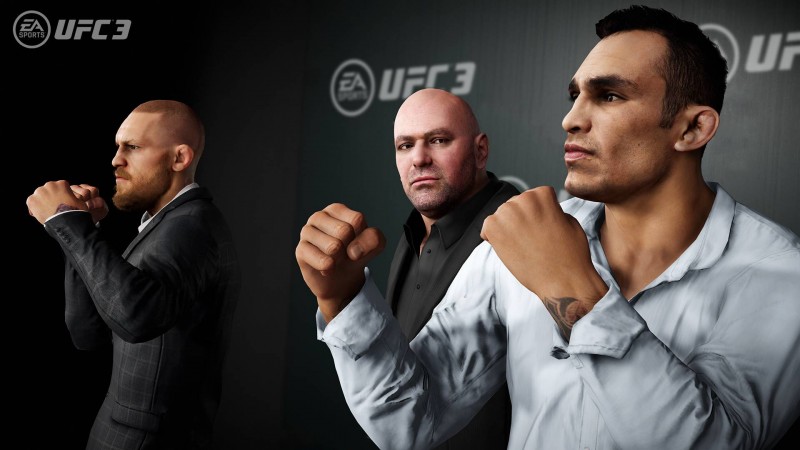 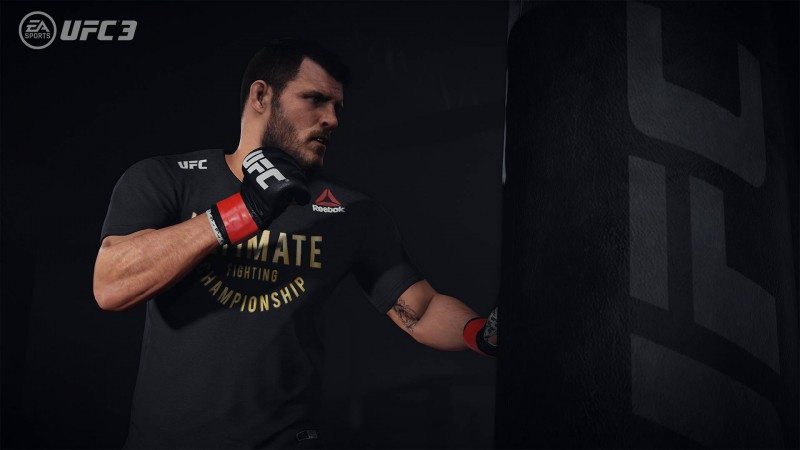 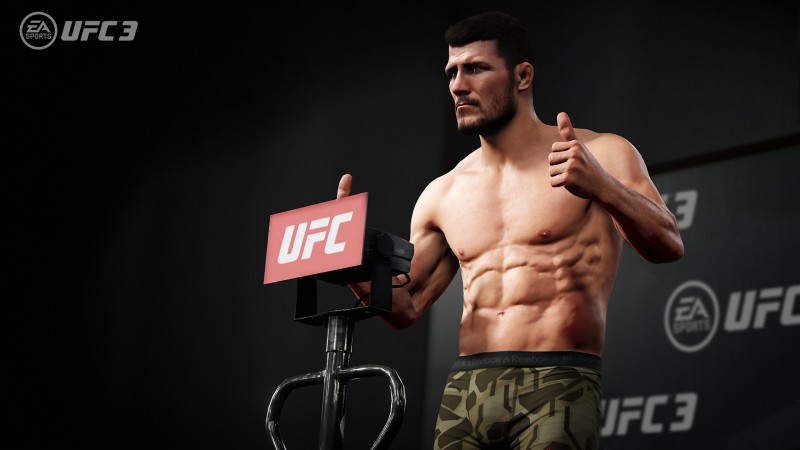 8.75
About Game Informer's review system
Concept
Deliver an improved iteration of EA Sports’ UFC franchise with a revamped career mode, Ultimate Team, and striking controls
Graphics
UFC 3 attention to detail is gorgeous, from the way fighters circle each other in the Octagon to the facial animations as an overhand right comes down on their cheek
Sound
Play-by-play man Jon Anik is great in his series debut, but color commentator Joe Rogan adds few new lines, and the occasional lack of contextual awareness can ruin immersion
Playability
Revamped striking makes for more intuitive controls than its predecessors, and managing your career outside of the Octagon is a thrill
Entertainment
With an exceptional career mode and improved gameplay on top of its predecessor’s already-strong offerings, UFC 3 is the best MMA game ever released
Replay
High