My first game of TxK was almost too much for me to take. The flashing colored lights and pulsating soundtrack made me grateful for my first game over. I put the game down to let my eyes relax by staring at a blank wall for a few minutes. After everything stopped feeling like it was moving, I decided to read the included “How to” instructions to find my footing, and give it another go.

TxK is a spiritual successor to Tempest, the early ‘80s arcade tube shooter that features faux-3D graphics using the magic of perspective. TxK takes place in a true 3D space, with the camera shifting as you move around the tube to fire at enemies. As you defeat the bad guys, you progress through levels of varying shapes. You gather power-ups to increase your fire-power and add A.I. buddies, as well as additional lives invaluable for staying in the game. You have one screen clearing bomb per level, so you have to use it wisely. In the same way Resogun modernized the Defender formula, TxK feels like a natural evolution of Tempest by retaining its core, and adding modern gameplay and tools for a better experience.

The biggest change between the original Tempest and TxK (other than the visuals) is the ability to leap from the top of the tube in order to take to care of the enemies who have made it to the top. Without the leap, these enemies cannot be destroyed and will kill you. Along with offering a cool visual effect, it also makes the game more fair, as you can use the leap to clean out the enemies who pose the biggest threat, as well as grab power-ups that slipped by you while you were paying attention to other threats.

The game is broken into by levels which you can instantly revisit after you complete them. The best way to beat your high score is to begin from the first level and work your way up, but if you just want to try each level, you can set your start point further down the line. Whether you want to set high scores or just enjoy what it has to offer, TxK caters to different styles. I fall in the latter camp, which is why I appreciate the option to start from where I want. High-score competition is great for the obsessive, but I just want experience everything I can with my limited-but-reasonable skills.

At first glance (though “extended unblinking stare” might be more appropriate), TxK seems unreasonable with everything happening on screen. The enemies aren’t overwhelming and the levels are fair, but TxK moves at the pace of a strobe light on high settings. Even with only a handful of easily dispensable enemies moving toward you, an inescapable panic is generated from the light and sound show accompanying the spectacle. If you can find your groove, you won’t have a problem hitting start immediately after getting a game over.

7.75
About Game Informer's review system
Concept
Remake the classic arcade tube shooter Tempest with modern graphics, music, and sensibilities
Graphics
Visuals are basically built with colored lines, but I was surprised by how nice it looks
Sound
The music and sound effects appeal to the pulsating light show aesthetic very well
Playability
It keeps up with its own speed and rapid player input with no qualms
Entertainment
TxK has a lot to take in, but getting a grasp on the action offers an arcade experience worth revisiting
Replay
High 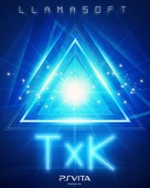