The Twisted Metal series will always have a place in PlayStation history. In the early years of the PSone, the successful vehicular combat game brought attention to a console trying to establish its identity. After creator David Jaffe left, the series floundered with two disappointing 989 Studios installments before returning with the hit Twisted Metal: Black. After a 10-year hiatus from consoles, how does the series stack up in a vastly different gaming landscape largely devoid of vehicular combat games?

In terms of classic Twisted Metal gameplay, this is the best the series has ever been. When the game drops a handful of vehicles into a gigantic, destructible playground littered with weapons, it’s a blast. Most of the classic weapons are back, although developer Eat Sleep Play altered some things slightly. Each vehicle now has two special attacks, remote bombs can be shot forward, and new weapons like the stalker and swarmer missiles operate with a simple charge mechanic and deal massive damage if timed correctly. Abilities like reverse turbo and alternate sidearms also help mix up your strategies.

Perhaps the most convenient change to the gameplay is the way players access energy attacks. In previous games, sequences of three to four d-pad presses were required to access secondary abilities like the freeze, landmines, shields, and rear fire. In this new installment, you access all of these with one simple press of the d-pad. Firing an EMP at an enemy is as easy as pressing up, while your missiles can be fired behind you with a quick press of down on the d-pad. This simple tweak significantly improves ease of use.

Twisted Metal saves its most notable changes for the single-player story mode. Previous titles typically featured over a dozen characters with unique endings. This new title ditches this approach in favor of a single linear story featuring Sweet Tooth, Mr. Grimm, and Dollface. Each of these segments follows the formula established in Black: You first learn their motivations for entering Calypso’s tournament, receive a story update halfway through the game, and then witness the results of their granted wish when they finally confront Calypso. Told through stylized vignettes that mix live action and CG visuals, these stories are campy at times, but each is interesting and well produced. Given their decent quality, it’s disappointing to have such a limited selection of narrative perspectives.

The lack of character variety is disappointing, as are the moments in the story mode when Twisted Metal deviates from its strengths. Classic deathmatches are always fun, and a couple of the boss fights are great. However, things go awry when the game introduces checkpoint races and non-traditional boss battles. One race is completely unwinnable if you fall off any one of numerous skyscrapers, and two poorly designed multi-stage bosses really tested my patience.

Thankfully, the multiplayer is pure Twisted Metal. Deathmatch modes place you in one of the game’s numerous massive maps, and it doesn’t take long for things to turn into an all-out warzone. Nuke mode is chaotic and entertaining, with two teams capturing their enemy’s leader and launching him or her at a massive effigy of the opposing team. Hunted and Last Man Standing are also fun, but can’t compete with the insanity of Nuke. Gamers irked by the “die five seconds after you spawn” experience from titles like Call of Duty should enjoy the longer lifespans of Twisted Metal’s online play. On the other side of the coin, shooter fans used to extensive progression systems may be disappointed with Twisted Metal’s bare-bones ranking system. Though it has an XP system, all you can unlock are sidearms, vehicles, and skins that are already offered in the story mode.

When Twisted Metal embraces the series traditions, it delivers the best action ever seen in the franchise. When it departs from convention, however, it becomes a hit or miss affair. Whether or not vehicular combat can strike a chord with gamers in 2012 the way it did in 1995 remains to be seen, but Twisted Metal is a blast when it’s firing on all cylinders. 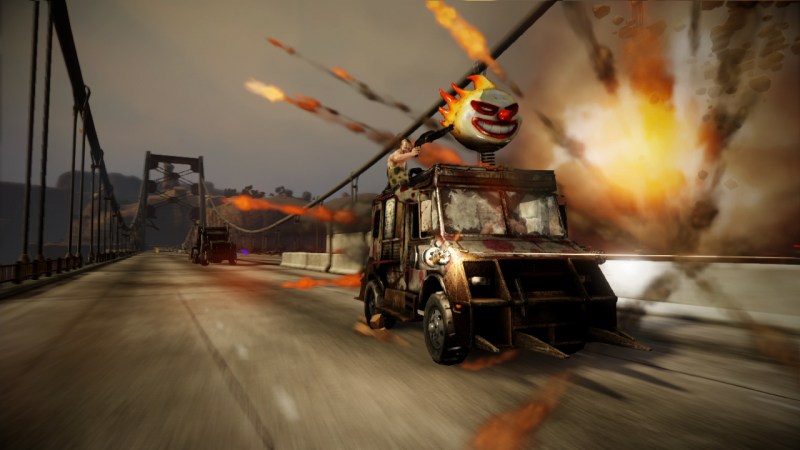 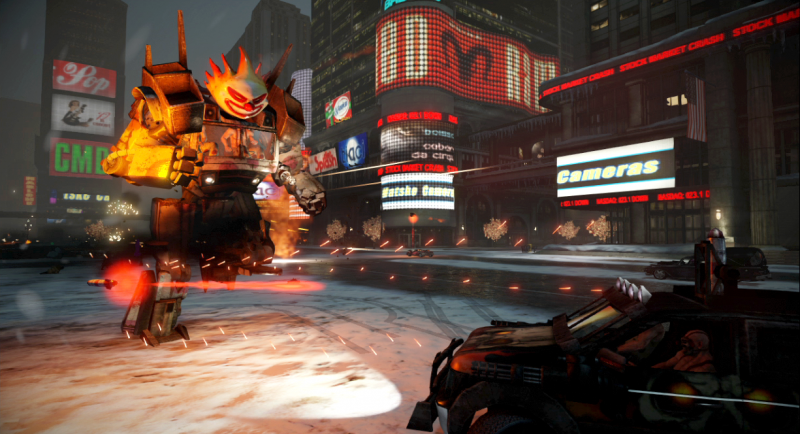 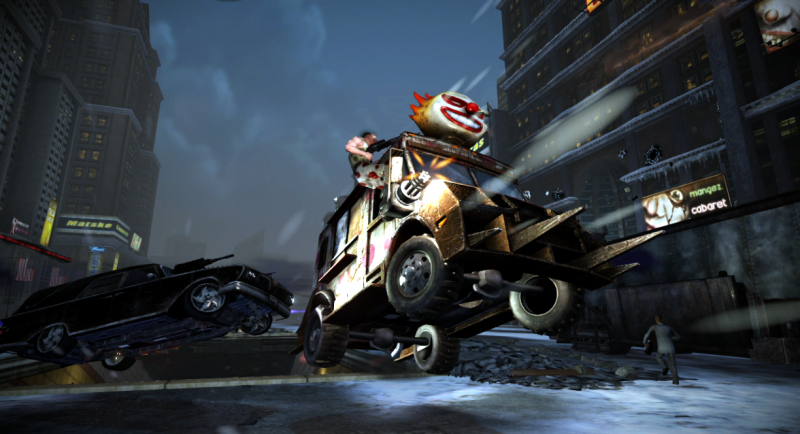 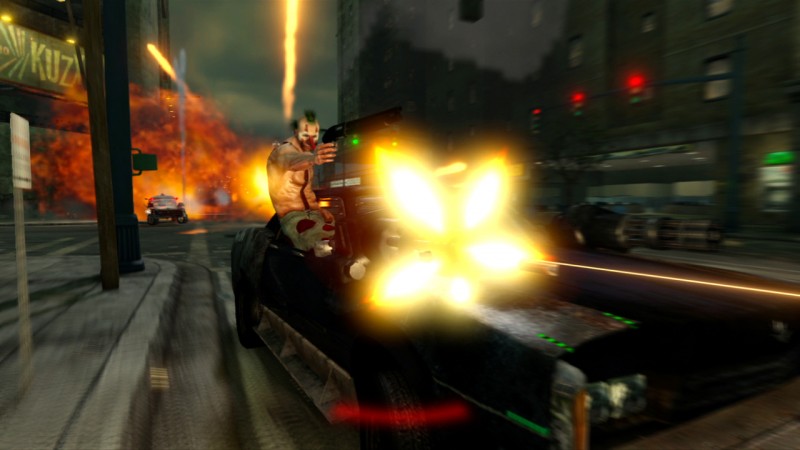 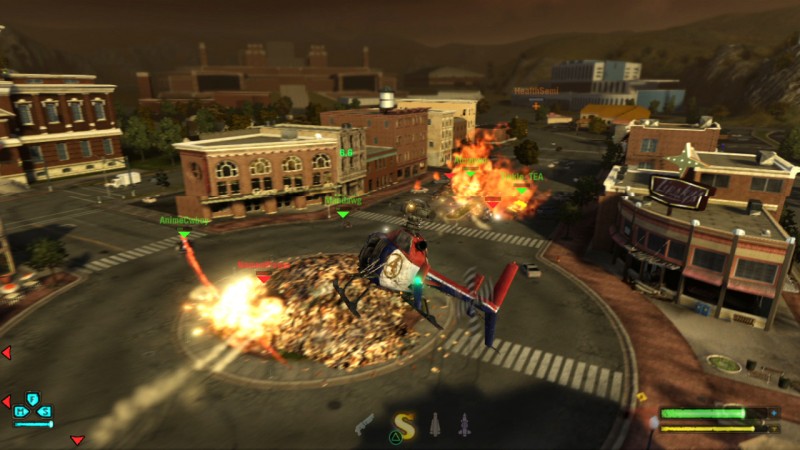 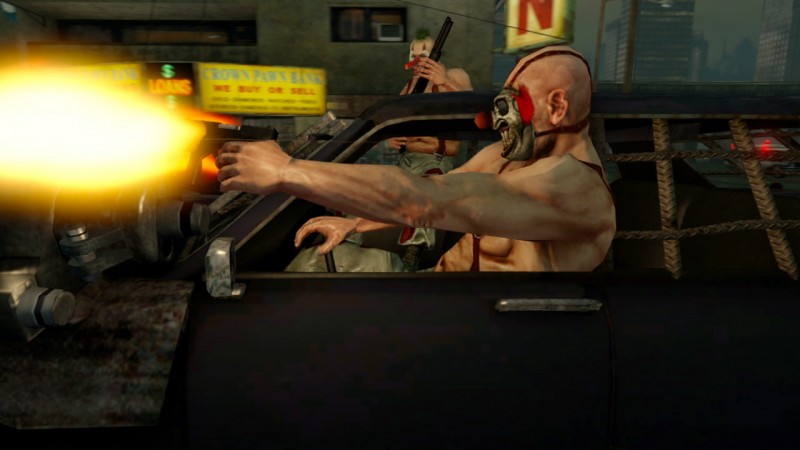 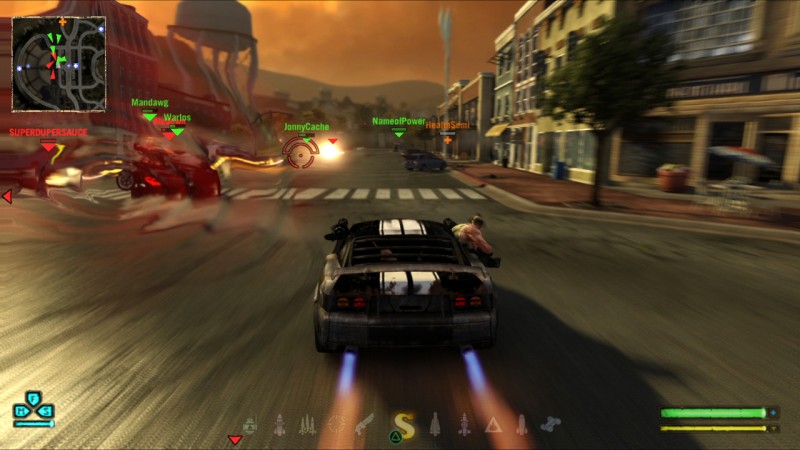 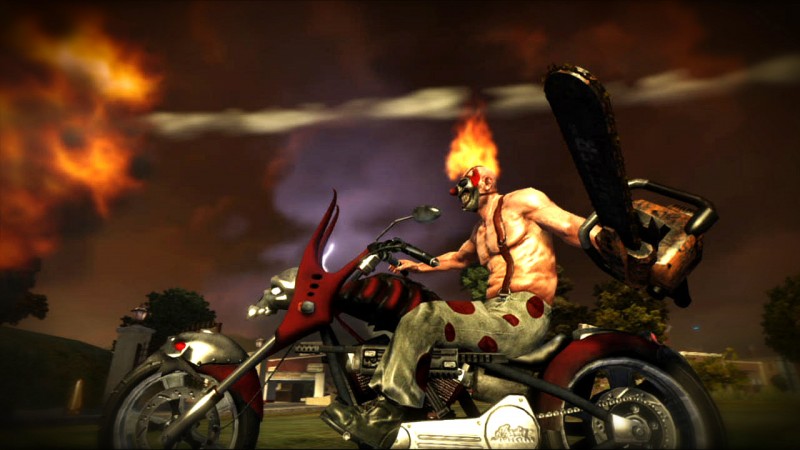