Tumble places players in futuristic rooms that feature a building platform and the expressionless voice of a British woman spouting directions overhead. While this simplistic design gives Tumble the appearance of a glossy Move tech demo, the variety of unique, mind-bending challenges offered in this upcoming PSN title makes Tumble one of the more desirable Move launch games to date, especially when a friend joins in for local multiplayer.

Tumble is divided into zones, each one housing a wide range of challenges to complete. In some of the simpler challenges, you’re given randomly selected blocks to stack on a platform as high as possible without knocking it over. With the game’s ability to accurately translate your motions with the Move controller, the apprehension of knocking over your carefully built tower with one ill-timed hand twitch is certainly present. The difficulty and complexity of challenges steadily increase with the addition of timed earthquakes, limbo bars that threaten to knock down your structures, and increased presence of triangular or iced blocks that you need to work around to keep your structures afloat. Some of the challenges I found more interesting challenge require you to stack blocks on a windmill wheel while keeping it steady, or carefully positioning mirrored blocks to direct a laser beam around obstacles to a specific end point.

Multiplayer challenges support competitive or cooperative modes (depending on your feelings toward the other person on the couch), and are definitely the best way to experience Tumble’s puzzles. With challenges similar to those offered in single-player, you can work together to build the highest tower possible, or destroy the other person’s tower using floating power ups that trigger tremors during your competitor’s turn. On the downside, multiplayer was a bit glitchy in my time with the game. In one challenge, we were tasked to place three blocks per turn to build a structure, but our turns were inexplicably cut short as soon as we reached for our third piece. Technical issues aside, as I unlocked each new zone in the multiplayer section of Tumble, I was always eager to see what sorts of challenges the game would offer next, and pleasantly surprised with the results.

If you are a puzzle game fan planning to pick up Move at launch, then Tumble is certainly worth your attention. If you want to get the most out of the game, however, bring in a friend with an extra Move controller to truly bring Tumble to new heights (pun totally intended). 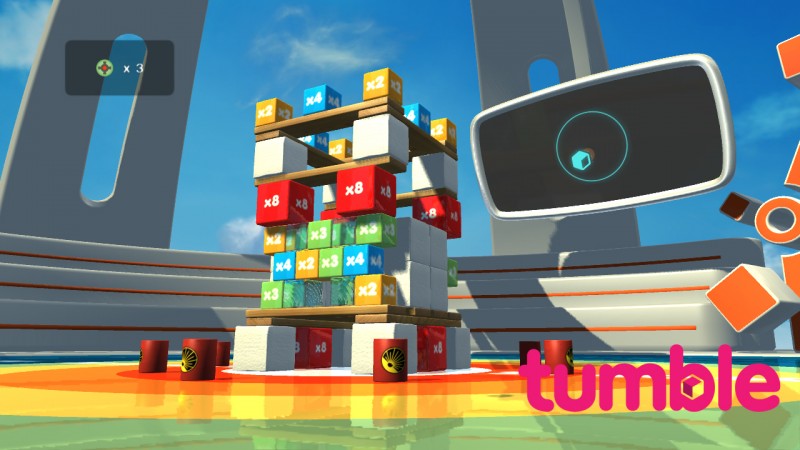 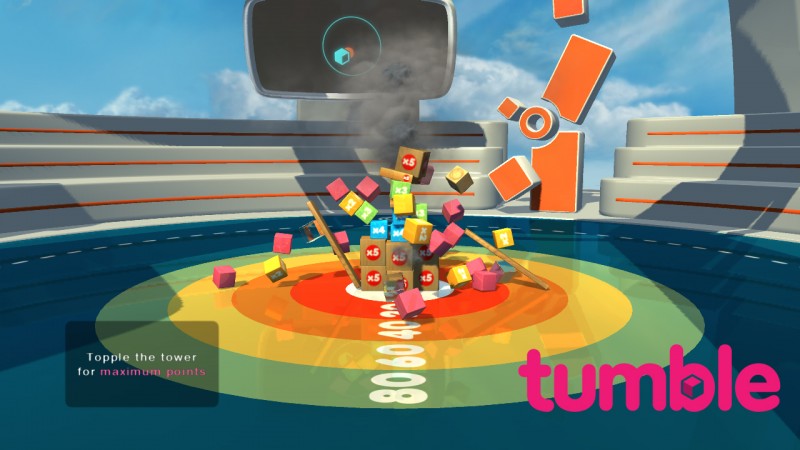 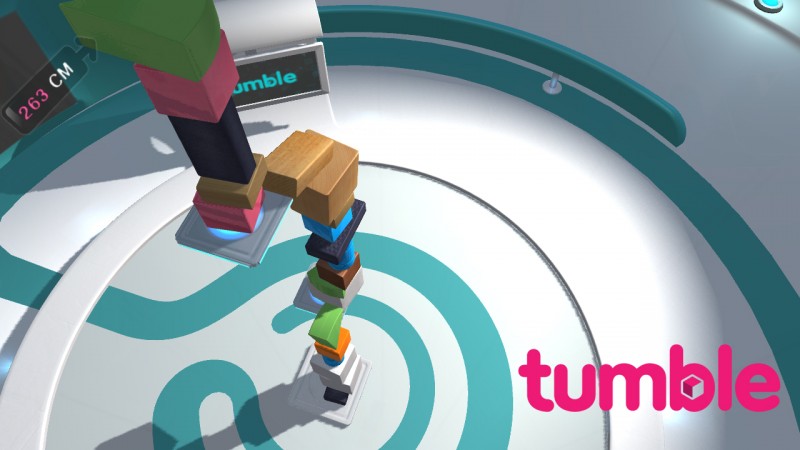 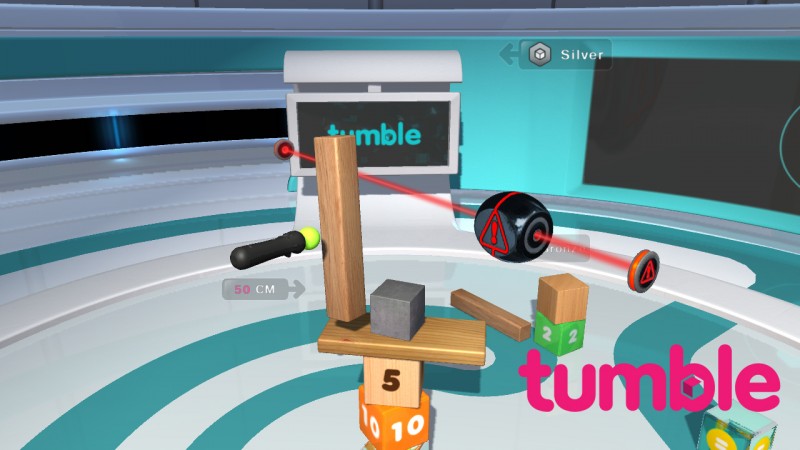 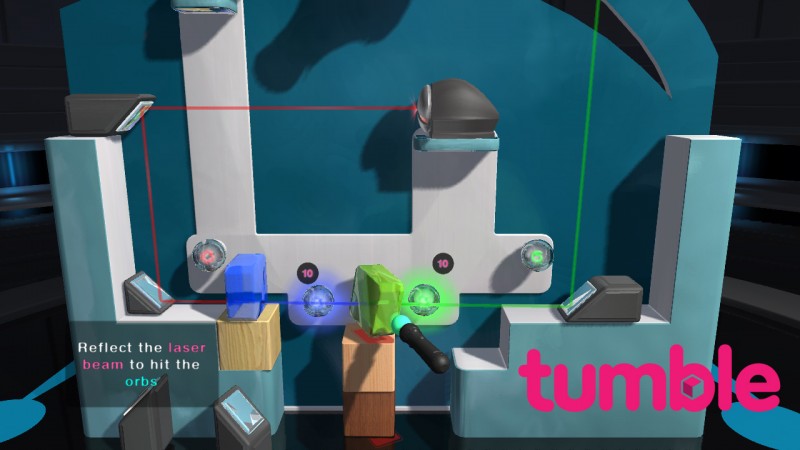 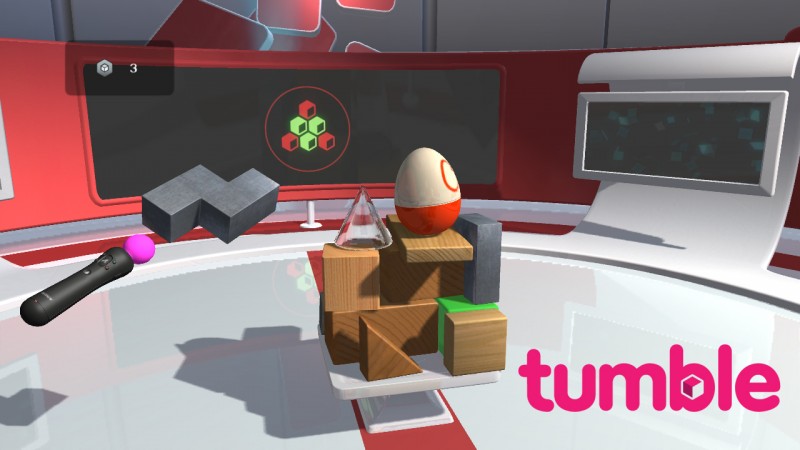 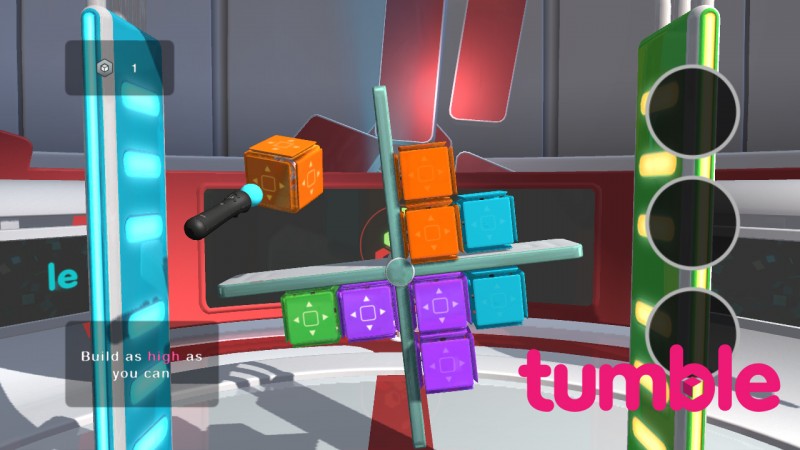 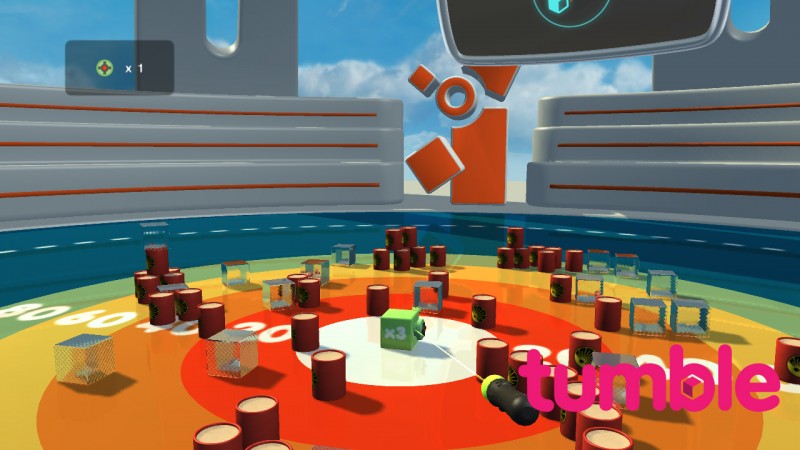 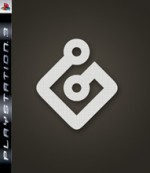 The wide variety of unique, mind-bending challenges offered in this
upcoming PSN title makes Tumble one of the more desirable Move launch
games to date, especially when a friend joins in for local multiplayer.