If you’re waiting to play the new SimCity, I suggest checking out Tropico 4. You should play the base game right now, and then pick up this outstanding expansion. Tropico 4’s blend of Internet geek humor, tongue-in-cheek references to Cold War politics, and deep yet inviting gameplay is as skillfully executed in this expansion as in the excellent base game.

Basic gameplay mechanics are unchanged, as you’d expect. You still lure immigrants to your island, make sure they have jobs and needs like housing, food, and religion covered, and exploit their labors for your own glory. A happy populace is a productive populace, but so is a cowed one – repressing your peoples’ rebellious tendencies with secret police and a strong, loyal army is as valid as making them so happy with your rule that they gladly re-elect you in a landslide.

Modern Times takes the original’s ‘50s to‘80s time frame and pushes a decade further. Electronics factories, borehole mines, and solar power plants take the place of subsistence farming and dirty coal plants. More advanced farming techniques make supporting your population’s basic needs easier and open up the opportunity to invest your treasury in taking your economy to the next level. This is fun in itself, but more importantly lets the campaign’s scenarios throw tough, innovative challenges at the player.

I never thought I’d fund a mad scientist’s experiments or deal with a zombie plague in a laid-back city builder like Tropico 4, but Modern Times starts there and only gets wackier. The story doesn’t even begin to take itself seriously, but the caricatures of pop culture figures and send-ups of Internet memes are recognizable enough frameworks to prop up this goofy tale. The finale could have been more explosive, but I thoroughly enjoyed every minute.

The one thing Tropico 4 and Modern Times both do poorly is engage players in sandbox mode. A decent randomizer for natural disasters and more sliders to customize your experience would greatly extend replayability, but developer Haemimont continues to drop the ball. The mod scene could have filled that void given the map editor’s solid integration, but it has yet to really take off.

I have some qualms about Modern Times’ balancing, particularly the ludicrously profitable factories and fish farms, but those cast almost unnoticeable shadows on the game’s otherwise impressive accomplishments. At this point I hope SimCity lives up to Tropico, not the other way around.

[Note: Tropico 4: Modern Times is coming to Xbox Live Arcade as well, but we were unable to obtain a copy for review quite yet. If there are any substantial differences, we will publish a separate review. In the mean time, please take this as our definitive review.] 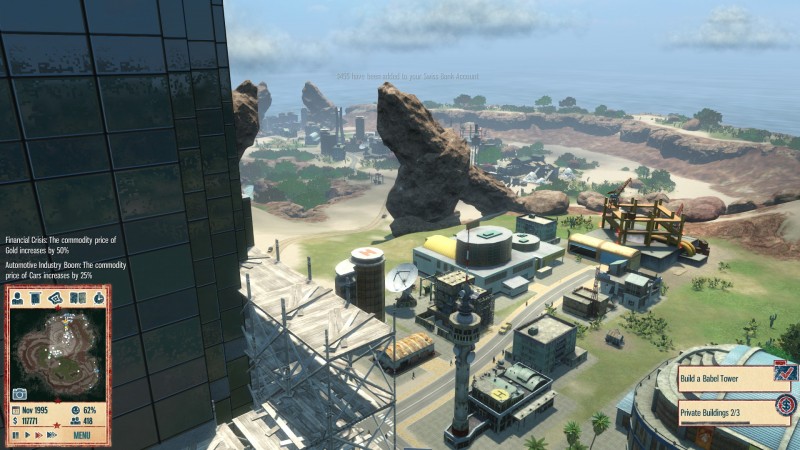 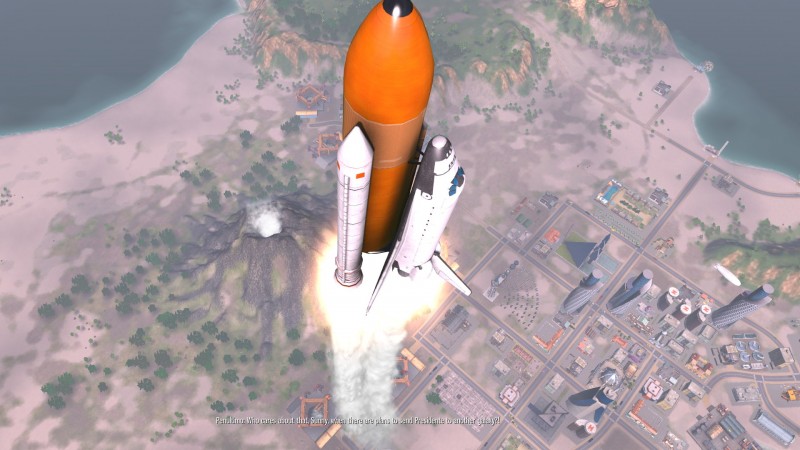 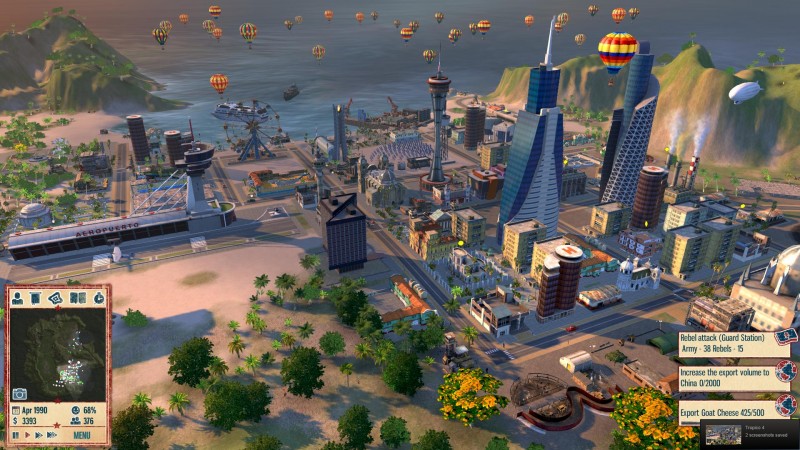 8.5
About Game Informer's review system
Concept
Extend Tropico 4 into the ‘90s by giving players a bunch of fancy new buildings to play with and a lengthy, excellent campaign
Graphics
This is still a fine-looking game, though the development focus was clearly on performance and not high-end eye candy
Sound
Not adding any new tunes to the score is a missed opportunity. The voice work is as cartoony as ever, but reasonably well done
Playability
A few more key metrics could be pulled out onto the main screen, but overall the fantastic UI still makes Tropico’s depth impressively accessible
Entertainment
Even as a huge Tropico fan, I can’t think of much more that I could have reasonably asked for with this expansion
Replay
Moderately High