When it launched as part of Microsoft’s 2009 Summer of Arcade promotion, Trials HD quickly earned fans with its challenging physics-based gameplay. Almost three years later, RedLynx has released Trials Evolution, and it’s a more than worthy follow-up. It maintains the fantastic gameplay that made its predecessor a hit, but dramatically improves upon the stages and adds an entertaining multiplayer component.

Virtually the entire Trials HD experience took place in the same bland warehouse environment. You may see glimpses of a similar area from time to time in Evolution, but they’re rarities amongst the sea of beautifully-designed outdoor environments. One stage has you careening down a floating roller coaster, another has you navigating the perilous rocks and ramps of mid-air islands, and another has you avoiding stray pitches as you navigate the world’s most cluttered baseball diamond. Some stages are clear nods to other properties, including Limbo and the rotating cities of Christopher Nolan’s Inception.

These areas appear wildly different than those in Trials HD, but the challenging gameplay is fully intact. Some complained about the steep learning curve of the previous game, and many missed out on the later stages because of it. You won’t breeze through Evolution by any means, but the game is more generous with checkpoints and features a new method of progressing through your career. Medals are required to move on to the next license test or set of levels. Simply beating every stage in order isn’t enough to move forward, as that only rewards you with a bronze medal worth one point. If you’re hoping to make it to the end, you’ll need to aim for silvers (2 points) and golds (3 points) in most of the early courses. It’s here that the difficulty of Trials Evolution lies, not in long spaces between checkpoints on particularly hard levels. I finished the game with 137 medals, which was enough to unlock the Extreme courses. As was the case in the first game, I wasn’t able to complete any of these unbelievably difficult areas. Beating everything Trials Evolution has to offer (or even crazier, getting all the medals) would require superhuman reflexes and patience.

As you progress, you also unlock skill games that are almost always hilarious to experiment with. One has you skiing down a dusty hill, another tasks you with flying via the use of cardboard wings, and a couple are even homages to Splosion Man and Marble Madness. Standard courses outnumber these skill games by far, but their quality makes up for the lack of quantity.

Your completed courses and medals come with cash bonuses, which can be used to purchase new costume elements and vehicle customization. These won’t grant you any additional abilities or stats, as they’re purely cosmetic. It doesn’t fundamentally change the game, but tweaking your look and buying new parts is still a nice distraction between courses.

Tracking your progress against your friends was a blast in the first game, and the social element returns in improved form in Evolution. Instead of an indicator at the top of the screen letting you know how your friends fared, you’ll see their position via a non-distracting dot on the track itself. It gives you more of an idea of where they are and where they wiped out, and it puts you in less danger than glancing at the top of the screen mid-run.

A new addition to Trials Evolution is the multiplayer component, which allows for four-player competition either locally or online. Because it doesn’t split the screen, the local option is a bit more limited. Wrecked players respawn at checkpoints, meaning there is never a huge divide between first and last (although players will be docked a point for each fall). It’s fun, but feels more limited than Xbox Live play.

Multiplayer over Live is split into two modes - Supercross and Trials. The former features you and three opponents occupying four lanes of the same map, and several heats and races determine the victor. While you can see your opponents’ actual character models in this mode, they’re limited to ghost images in Trials mode. This mode is comparable to the single-player career experience, only with the live images of three opponents occupying the course as well. I preferred this mode to the short courses and relatively uninspired tracks of Supercross.

Playing against friends or Xbox Live strangers can be entertaining, but the real fun and challenge of Trials Evolution lies in the single-player experience. Even though you may not be facing off against live opponents, the social element of the game does a remarkable job conveying a sense of competition. You’re constantly aware of how you stack up to your friends, whether it’s via an indicator during a course or a leaderboard afterwards. I started playing this game before it was released, so I didn’t really get to see these elements at first. Even then, I constantly felt like I wanted to improve my times and get a higher medal rating. Once the game went live and I saw the leaderboards light up, it made the addictive qualities of Trials Evolution exponentially stronger. My achievement list may tell me that I’ve completed the game, but the quality of the experience and social elements ensures that my time with it is nowhere near over. 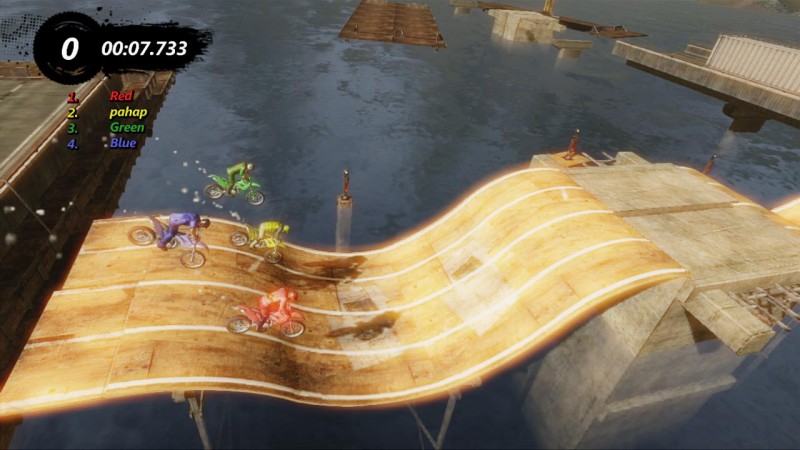 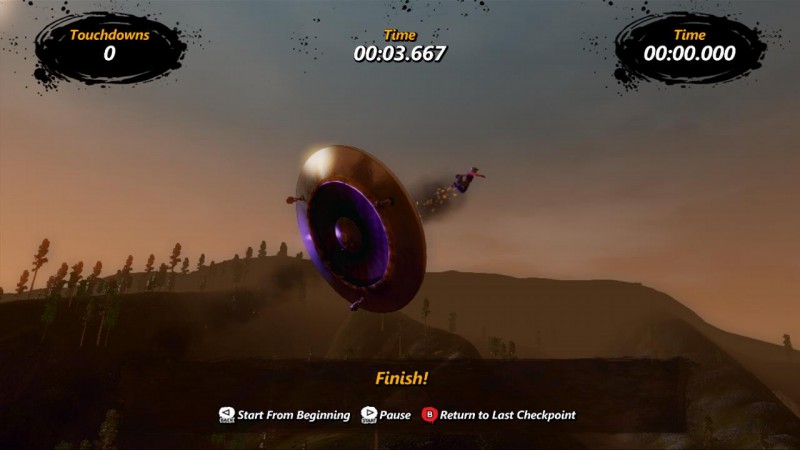 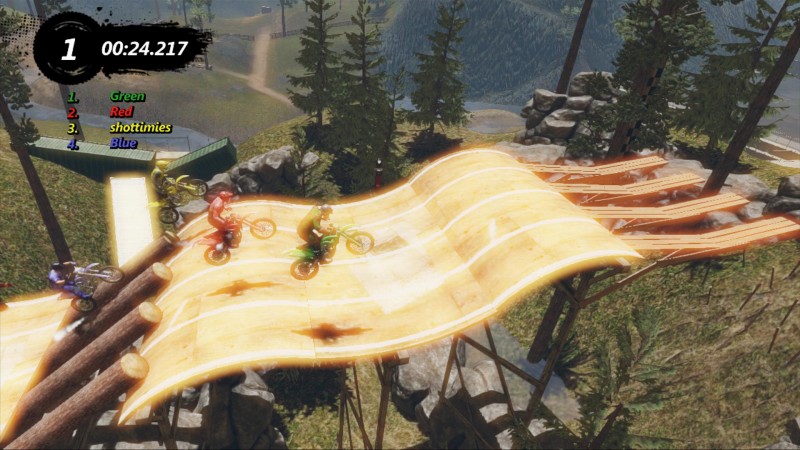 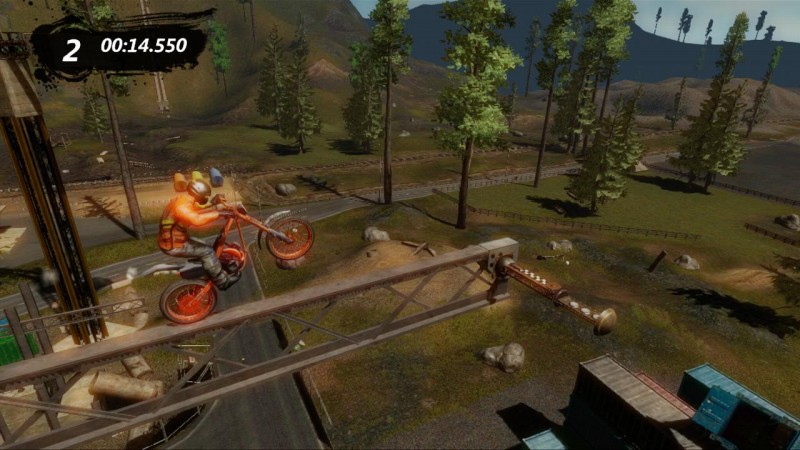 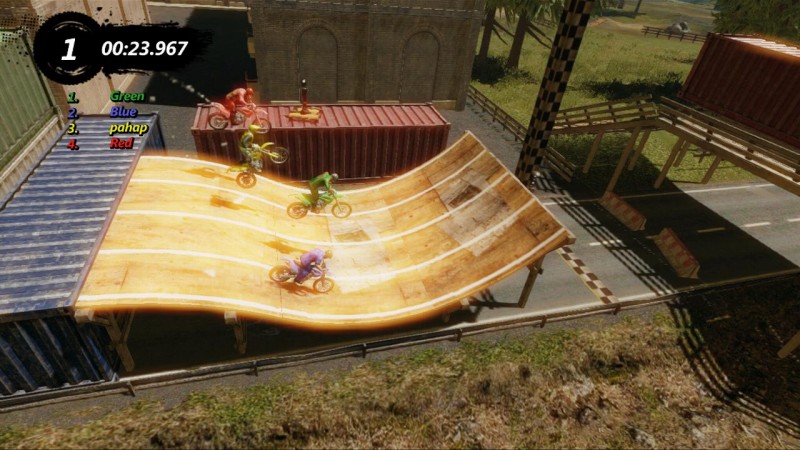 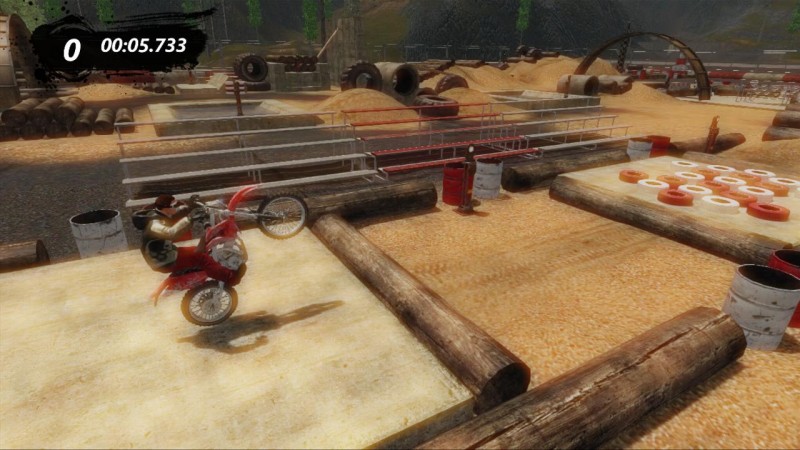 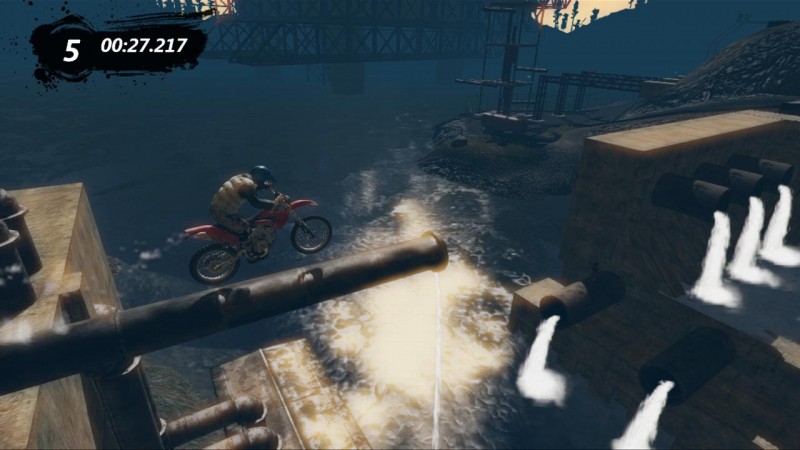 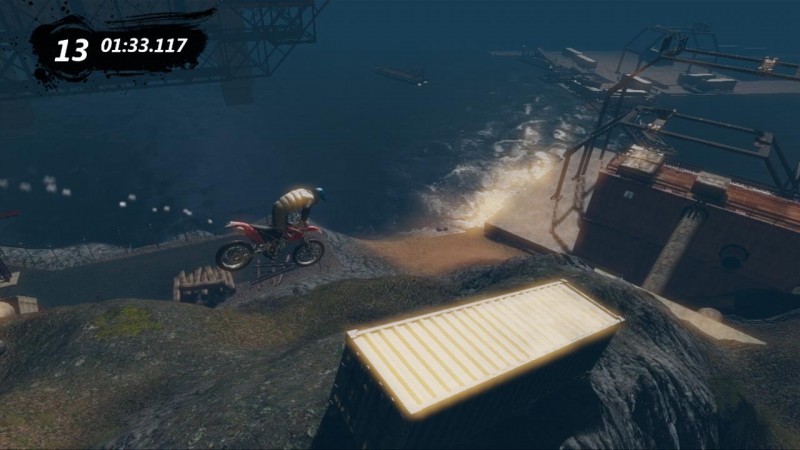 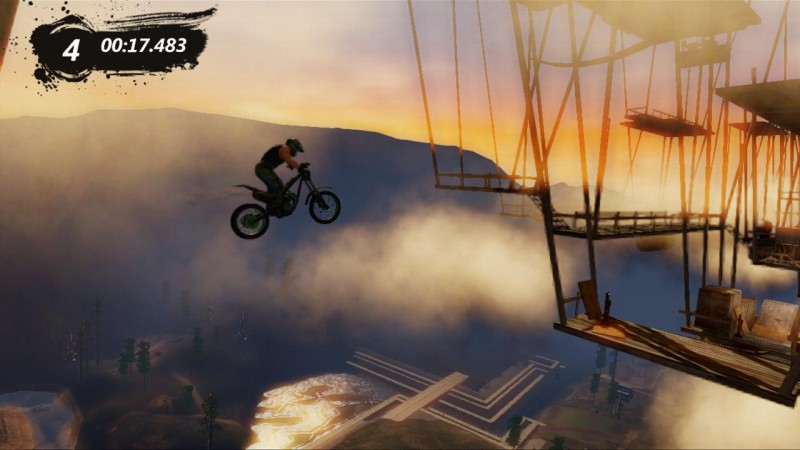 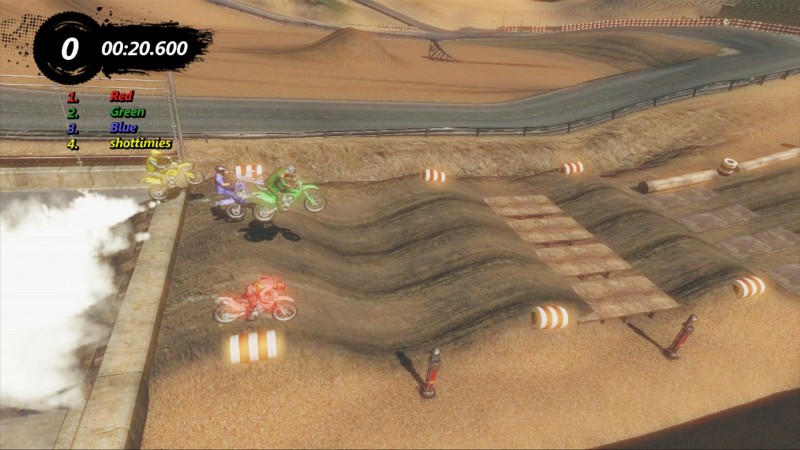 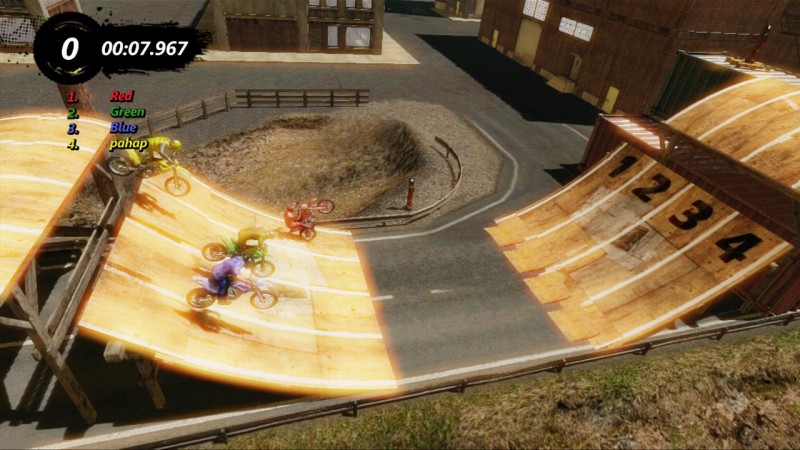 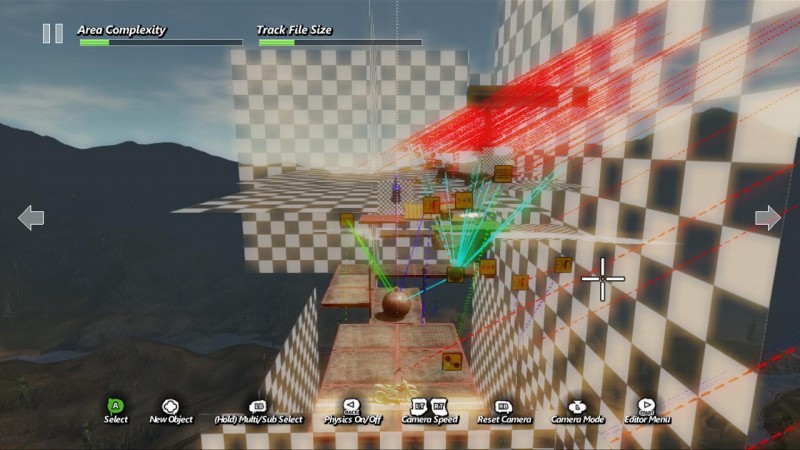 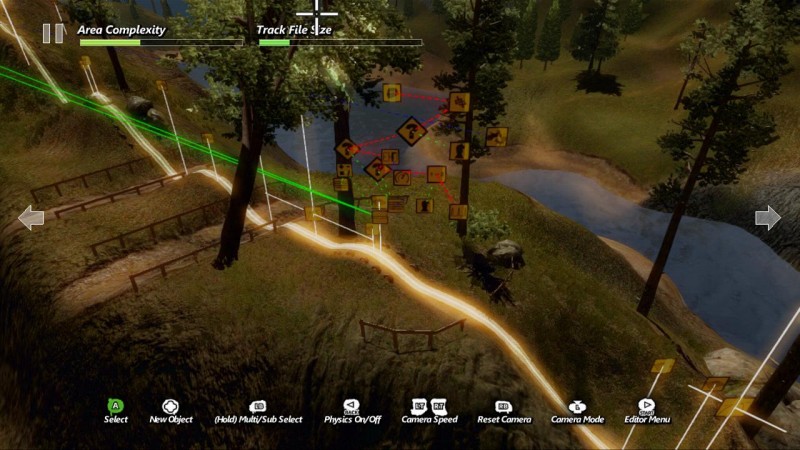 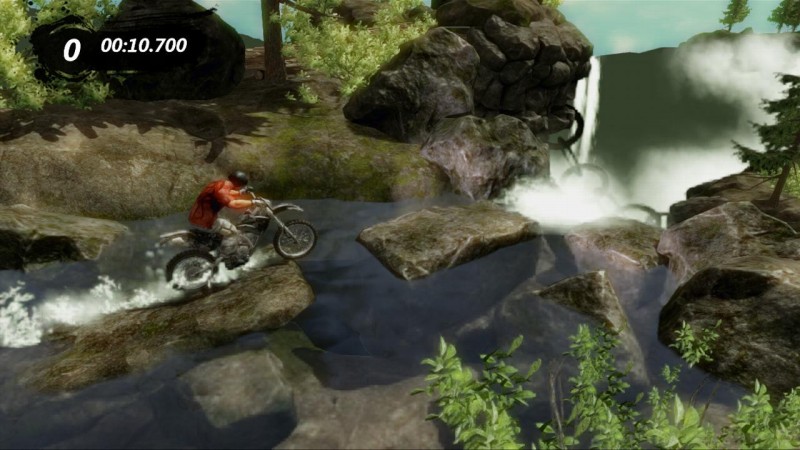 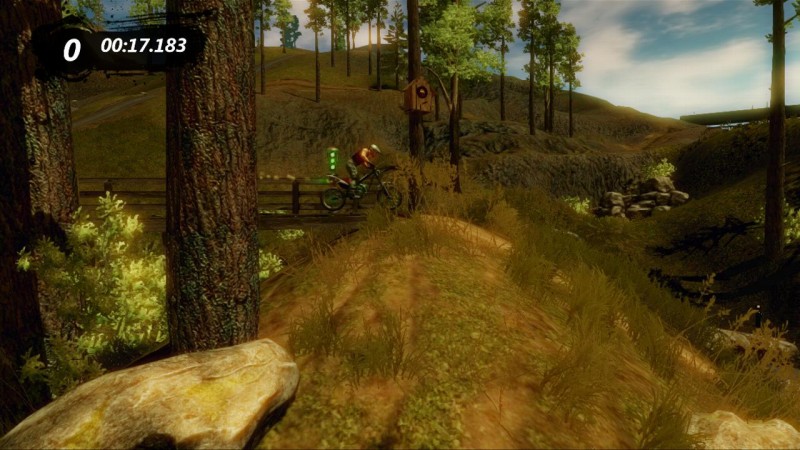 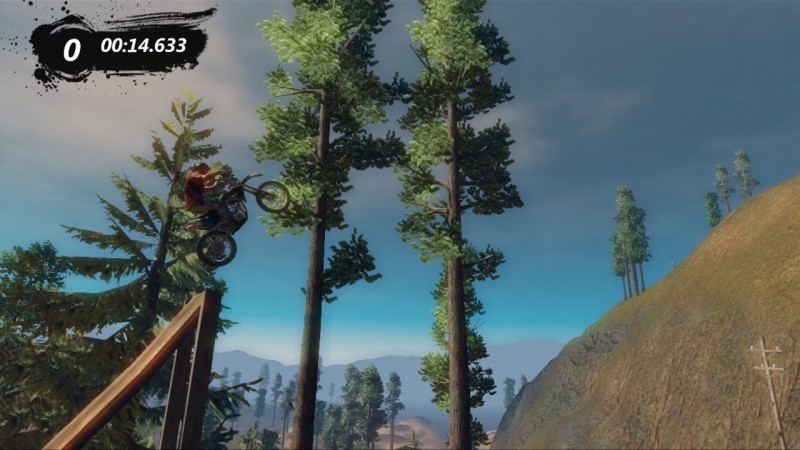 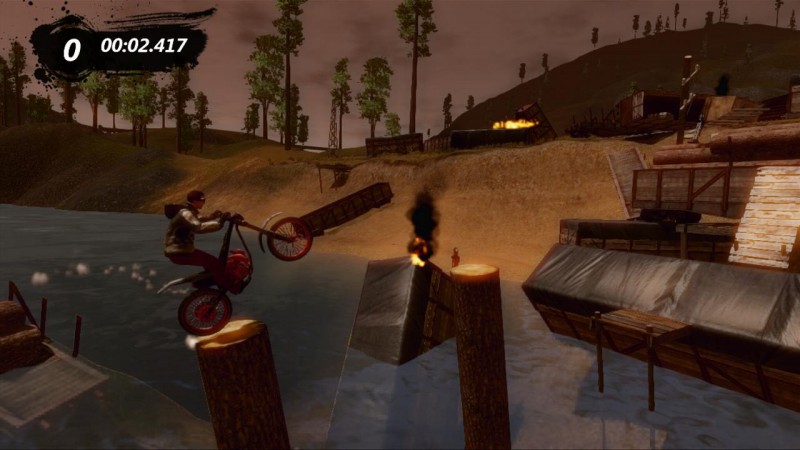 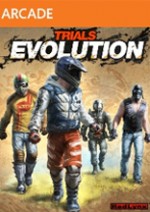 Evolution maintains the fantastic gameplay that made its predecessor a hit, but dramatically improves upon the stages.


Purchase More Info
9
i
Game Informer's Review System
Concept Expand upon the widely-loved experience of Trials HD
Graphics You won’t see much difference in the character models, but the backgrounds are vastly improved
Sound The annoying metal riffs are one of the game’s only weak points
Playability It’s incredibly challenging, but you’ll know it’s your fault when you fail, not the game’s
Entertainment Evolution is a blast even if you’re playing offline, but some of its best qualities come out when you begin competing against the performances of your friends
Replay High