Double Fine Productions has spent the last year trying on various hats. Each of its recent games has branched in a new direction. Trenched is no exception. Mixing a standard tower defense formula with an unusual and imaginative twist on the mechanized shooter, Trenched manages to eke out a lot of charm and humor. The gameplay is pretty solid as well, with constant action and a lengthy campaign. It’s that same length that starts to reveal the title’s repetitive nature, and later levels expose some questionable balance decisions.

The game’s name comes from a twist on the familiar mech idea. You pilot a mobile trench – a walking tank crowned by a sandbag trench that manages (somehow) to keep your pilot protected from all damage. Your trench can be equipped with unreasonable weaponry in order to fight the growing threat of robotic TV machines out to enslave mankind. As you hammer these dastardly foes with your machine guns and flak, you can designate points on the battlefield to drop turret emplacements to aid in the fight.

The battles come fast and heavy – almost to a fault. With so little time to set up your emplacements and collect scrap (money), you always feel like you’re behind before the waves even start crashing in. There are a huge variety of weapons, emplacements, and trench loadouts to choose between – a growing list of customization awaits after every mission. It’s a very cool feature, but it’s easy to get lost in all the weapons. Even with recommended weapon types for each battle, I still found myself out of my depth more than once because of poor choices during loadout.

Nearly every fight comes down to the need to defend a particular location from destruction. It can get old, even if the intensity never lets up. Unless you grind through battles repeatedly, expect more than a few mission failures. Many battles are balanced to be very challenging, which adds to the frustration.

While single player can be a slog through some missions, the game is helped tremendously by a fun four-player online cooperative mode. The addition of other trenches on the battlefield helps to even the odds, and the added flexibility of weapons makes a big difference.

A lack of variety notwithstanding, Trenched is an action-packed and amusing variation on the tower defense paradigm. If you’re open to some mission replays and a little grinding, Double Fine’s latest effort could be worth a look. 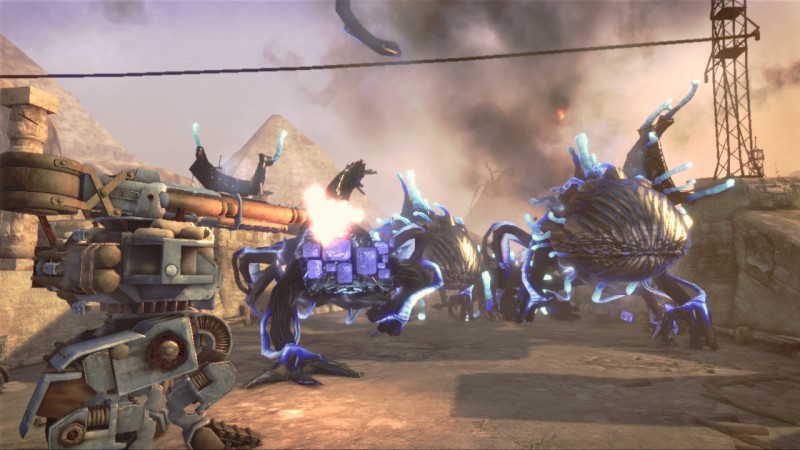 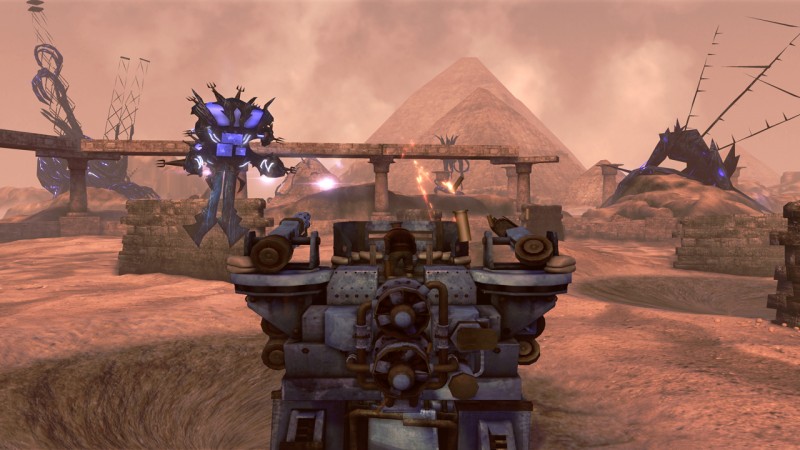 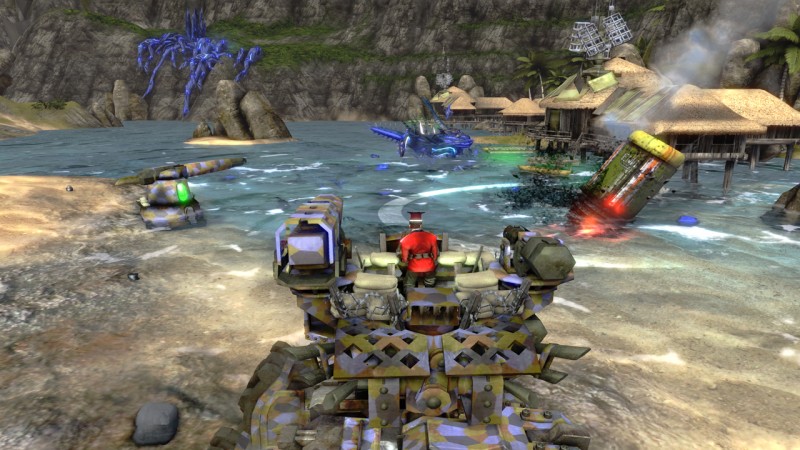 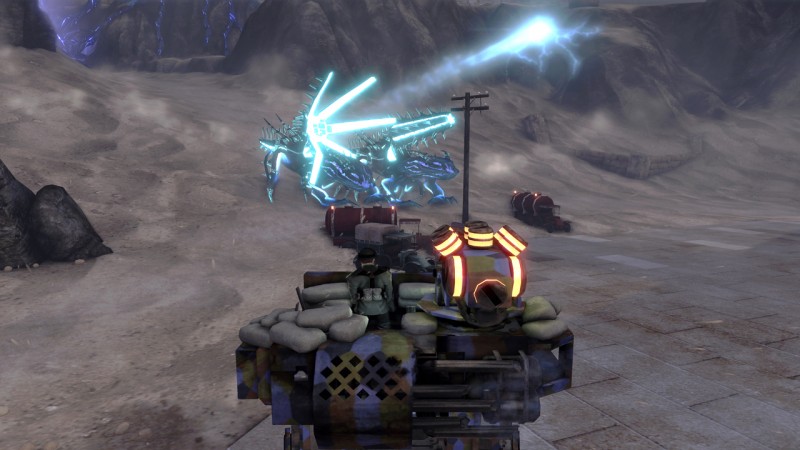 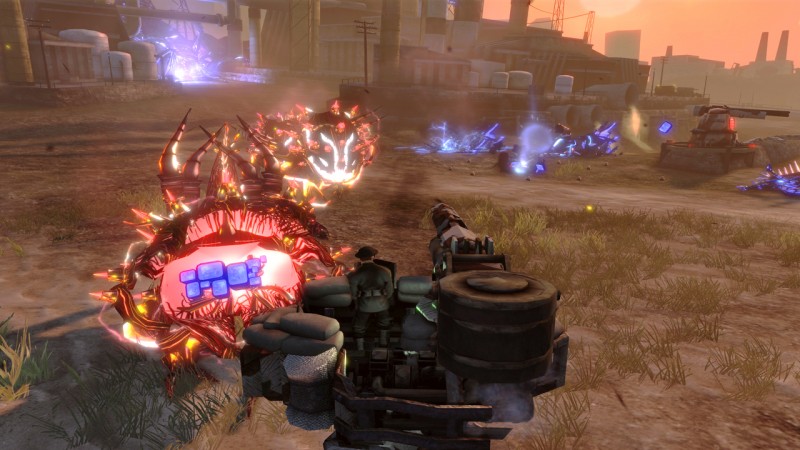 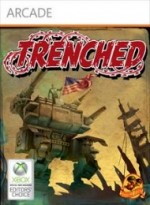 Purchase More Info
7.5
i
Game Informer's Review System
Concept The world is under attack from monstrous TV tubes. Only your mobile trench can save the day
Graphics Steeped in a WWII propaganda style, the presentation is fun even if the gameplay environments are a little generic
Sound Some excellent voice acting as you get sick of the repetitive gun noises
Playability The basic controls are well mapped, but it’s hard to get used to the ever-changing array of weapons
Entertainment Weird and action-packed, even if things never feel balanced enough to match the best tower defense games
Replay Moderate