Not everything needs an explanation. I imagine some variation of that idea was in the heads of the team at Supergiant Games as Transistor took shape. From its surreal setting and enigmatic characters, to its surprising upgrade system and combat, Transistor is a game that is happy to let you discover its charms over time. For players willing to accept a slightly more opaque experience than many games, Transistor offers an escape into a strange and enchanting world.

We’re introduced to heroine Red at the end of a rough night. The famous singer has appeared at the edge of town after an attempt on her life, and her only companion is the vestige of a man who saved her life by sacrificing his own – his essence now trapped within the sword-like weapon that killed him. Red’s journey to confront her would-be killers uncovers a plot that threatens the entire city of Cloudbank, and only the Transistor weapon she now carries has a hope of stopping it.

From these early moments and on through the rest of the game, the story and setting are off-kilter from the expected. Cloudbank is not a normal world, and neither are its citizens. Scattered terminals and occasional encounters with other sentient beings offer insight into the city and its inhabitants, gradually laying out a whole culture and jargon that’s richly imagined. As you explore, your guide is the ever-present voice of the man inside the Transistor, offering a running commentary that sheds light on the threats at hand, the places you visit, and the character you control.

Beyond moving from one part of the city to the next, Transistor’s gameplay is all about combat, which unfolds through a clever mix of real-time action and a strategic action-paused planning mode. Different powers are mapped to each of the controller’s face buttons, and each can be deployed across the battlefield to juggle the many enemies that attack at one time. When in planning mode, Red can queue several powers to be fired off in quick succession, and as the action unpauses, she zips about the screen as her foes stand frozen in time. The more powers that are deployed, the longer the recharge before attacks can begin again, creating a rewarding balancing act between bursts of destruction and frantic movement to avoid damage.

An impressive selection of enemies maintains a steady challenge curve throughout Red’s journey. The insidious Process take many forms, and each attacks and defends in its own way. One might fling out grenade-like area attacks, while another hides in a corner projecting an energy shield onto an ally. Even as one enemy charges headlong toward you, another hangs back and remains phased out and impervious to damage until you come within line of sight. Each battle becomes a puzzle, and the solution lies in which enemies to hit first, and what powers will best do the job.

My favorite part of Transistor is the constant mixing and matching of functions that leads to those battle powers. Throughout the adventure, Red gathers more traces of individuals being consumed by the Process, and absorbs them into her weapon. These functions can be slotted as one of her four primary skills, or used to upgrade a different function already in one of those slots. Alternately, additional passive slots are available that won’t add to any one skill, but instead affect Red’s overall abilities. As more and more functions become available, the possibilities for experimentation blossom. Create a stealth build about backstabbing and speed or a devastating distance striker who never lets enemies close.

Lest you be tempted to stick with a tried-and-true skill loadout, excessive damage in battle temporarily overloads your functions, so before the next fight you need to reshuffle. What might have been frustrating is instead an exciting opportunity, because playing with these combinations is so engaging. As you hone in on a few skillsets that work well for you, perhaps you’re brave enough to scale up the challenge by applying limiters to combat; by boosting enemy power and limiting your own, you receive experience boosts as well as an ever-present way to tweak difficulty.

In between fights, there’s plenty of time to enjoy the gorgeous surroundings. Lush color brings life to the computerized cityscape of Cloudbank, while brief still-life cut scenes help push the story forward. A striking soundtrack combines jazz and electronica to great effect. The music is presented like Red’s own backing tracks, a feeling accentuated by the player’s ability to stop and have her hum along by pressing L1, which I found myself doing more than I care to admit.

Players who want to dig deeper should find the backdoor combat tests to be a great way to extend the experience – not only are these additional battles to confront, but they often communicate helpful clues into smart ways to use your powers. In addition, a robust new game plus feature opens up after game completion; your second playthrough includes entirely new enemy configurations, along with the ability to continue to level up and expand your upgrade options.

Transistor’s focus on combat lets it shine, but one battle after the next results in a strictly linear path to game completion that can feel repetitive. And while it plays into the game’s story, I found myself wishing I had the chance to visit Cloudbank before it was abandoned; as it is, it’s a very isolating adventure. Players looking to find all the answers by the time the credits roll are likely to be disappointed. Transistor is as much about what is left unsaid as what is explained. I find that openness to interpretation refreshing; I suspect I won’t be the only one. 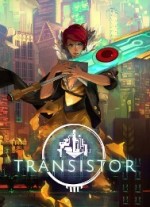 Supergiant Games' follow-up to Bastion is a powerfully imaginative action/RPG that evokes a sense of wonder and revels in experimentation.

9
i
Game Informer's Review System
Concept Explore a world being overtaken by conformity while wielding a weapon of growing power
Graphics Warm, watercolor-esque environments bring a soft edge to a the high-tech setting
Sound A creative and original soundtrack melds jazz, electronica, and voice to great emotional effect
Playability Grasping the complexity of the game’s upgrade system takes a lot of time, but thankfully the game difficulty gives you the leeway to master the complexity
Entertainment From story to gameplay, a sense of wonder and discovery pervades Transistor, but demands the player accept moments of confusion and unanswered questions
Replay Moderately High