Transformers is a franchise with an impressive multitude of continuities. From the original ‘80s camp to the much-maligned Michael Bay moneymakers, there have been so many versions of Transformers that only fans with access to Teletraan I’s archives can keep them all straight. Platinum Games’ newest parade of fistfights and fireworks seems targeted directly at gamers who grew up alongside these robots in disguise. However, Transformers: Devastation’s bombastic combat also appeals to players who are just hungry for instant action.

Based on the Transformers: Generations line of toys (which itself is inspired by the original Transformers TV series) Transformers: Devastation opens as Megatron attempts to cyberform the planet, turning everything on Earth into metal. The story itself is unremarkable, but the voice cast was pulled directly from the ‘80s show. Combined with the game’s striking cel-shaded visuals, the whole presentation helps Devastation feel like a cartoon come to life.

Players get to jump into the tires of five different Autobots: Optimus Prime, Bumblebee, Sideswipe, Wheeljack, and Grimlock. Each one performs differently. For example, Grimlock is slow and plodding but capable of wrestling giant Decepticons to the ground, while Sideswipe is a speed demon who unleashes a flurry of attacks. Combat isn’t as deep as some of Platinum’s pervious titles, but it offers plenty of ways for you to dismantle the oncoming hordes of Decepticons. A well-timed dodge even slows time for a few seconds (à la Bayonetta’s Witch Time), allowing you to sneak in a few extra hits. When you successfully complete a combo chain, you’re rewarded with the chance to perform one final flourish that usually has your Autobot transforming into its vehicle form before slamming into the enemy.

Every Autobot has unique style and combo variations, but they’re all fun. I favored Sideswipe and Wheeljack thanks to their speed, but I also had a lot of fun zipping around behind enemies as Bumblebee and performing devastating area attacks with Optimus Prime’s trailer. Enemies do a good job encouraging you to mix up your tactics since some have shields that require charged attacks to disable. Other enemies fly through the air, forcing you to pull out your guns to ground them before closing in for a more powerful melee combo. In true Platinum Games form, Transformers: Devastation is challenging experience, but each fight is full of rewarding moments.

Between bouts, Platinum Games does a remarkable job of shaking up the gameplay with a few one-off action sequences. For example, one mission has you racing out of a cyber facility while the floor beneath you crumbles. Another sequence asks you to carry a cube of red energon across the city while dodging a stream of angry Decepticons. One particularly memorable highway chase is even reminiscent of a 2D side-scrolling shooter. Not all of these sequences are total winners, but many of them are fun diversions and break up the formula well.

Throughout all this action, your Autobots collect loot from of fallen enemies and storage pods. The variety isn’t great, so you end up with a lot of interpretations on only a handful of useful guns. Thankfully, you can break down lower-level gear and use it to level up your favorite weapons. Overall, the loot system feels a bit shallow, but the pull to destroy every object in an environment and collect every scrap of gear remains strong.

Platinum Games has been a bit of an inconsistent developer. The studio has delivered a number of high-octane action games, but then it releases lackluster licensed products like The Legend of Korra. Going into Transformer: Devastation, I wasn’t sure which side of Platinum I was dealing with. Thankfully, Devastation’s polished combat, gameplay variety, and affection for the classic brand make it a game that the studio can take pride in. 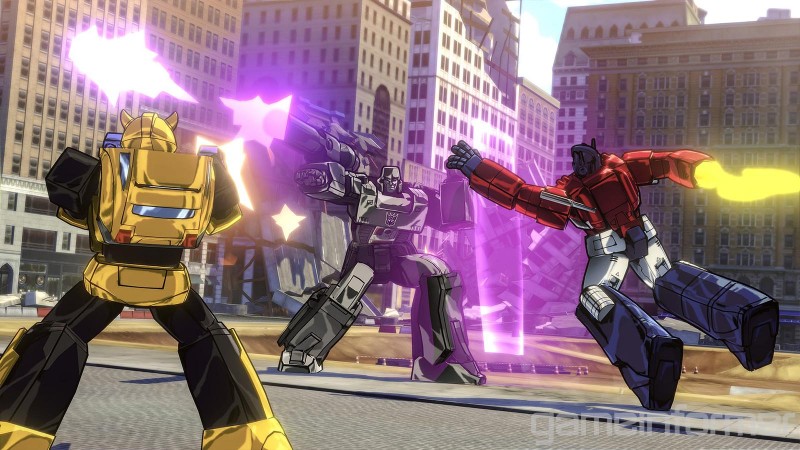 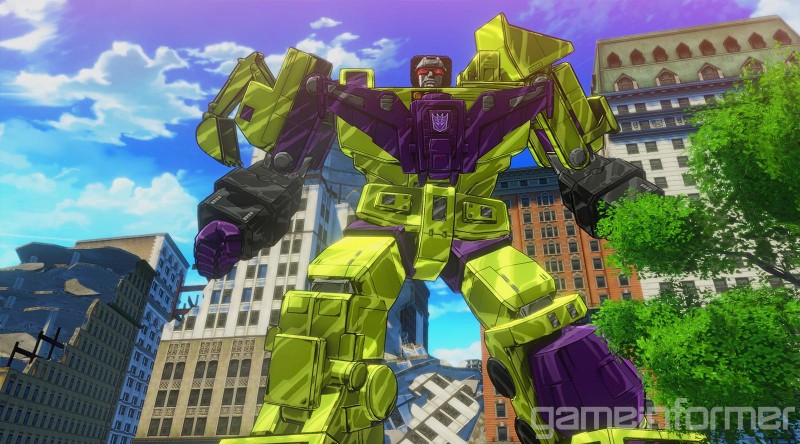 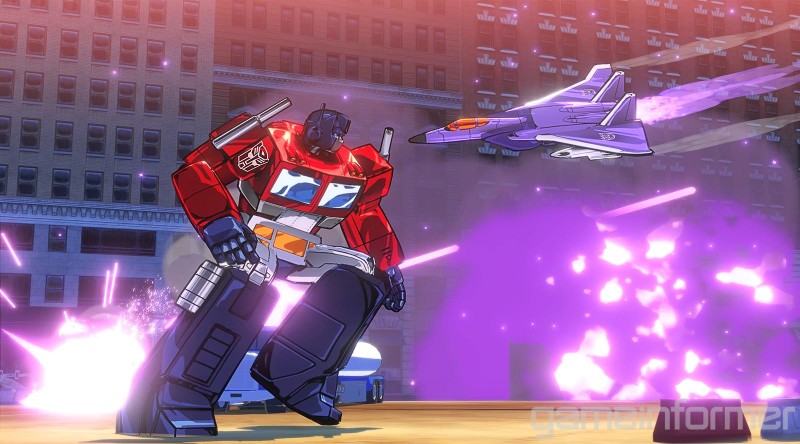 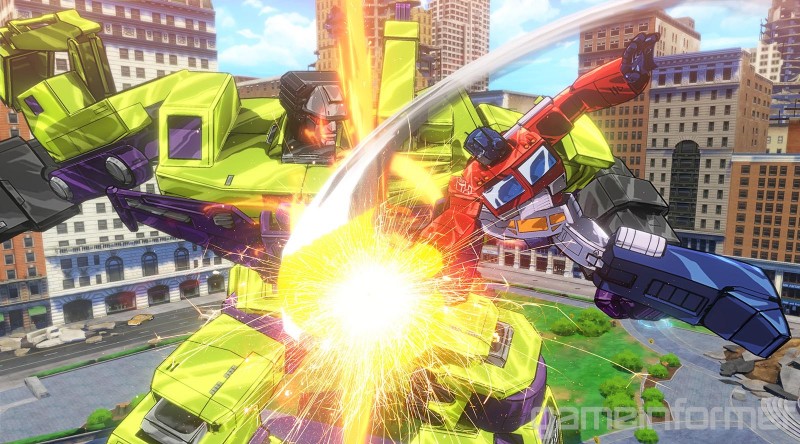 8
About Game Informer's review system
Concept
A stylish action game in the vein of Bayonetta and Devil May Cry set in the Transformers: Generations universe
Graphics
The fantastic art design is a nod to the classic ‘80s show, but it sometimes lacks the crispness of high definition
Sound
Close your eyes and you might think you’re watching the cartoon thanks to the classic voice cast and excessive electric-guitar riffs
Playability
These controls are tight and the action is polished, but the difficulty is nothing to sneer at
Entertainment
A series of flamboyant action sequences and a proven combat formula make this a solid choice for action fans
Replay
Moderate 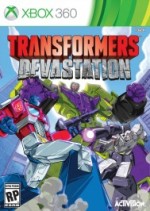