Racing games have two extremes: casual and hardcore. One is not necessarily better than the other, but they tend to be distinct flavors. TrackMania Turbo somehow combines the two, appealing to both crowds. The gameplay is unmistakably arcadey but relatively tight, and the heart of the title is serious about shaving off every conceivable tenth of a second in pursuit of the best time. So where does that leave the rest of us in the middle?

TrackMania Turbo puts you on a track and simply asks you to wring out the best time you can. The campaign features 200 tracks, and this number – not including a limitless amount of tracks via the track creator and user's online contributions – is impressive, but the need to improve times and grab gold medals is what piques your interest.

While the short duration of many of the tracks (compared to your average racing game) encourages pick-up-and-play across any skill level, a competitive urge drove me to replay tracks and chase better times. They feature drift banks, off-road sections, loops, upside-down portions, boost pads ending in tight corners, and all manner of tricks to throw you off your game and add precious seconds that keep you from greatness.

Regardless, I didn't feel like the game was cheap – which is no small feat for an arcade racer. TrackMania Turbo likes to lead you astray in devious ways, but it doesn't cheat you or rely on wonky physics. One of my favorite aspects is how it uses gravity in the loops. At first, going through a loop is simply a matter of orienting yourself since the game switches to a first-person camera while you're in one. As the tracks get harder, you have to manage the effect of gravity for the longer loops and upside-down sections of track since if you lose speed gravity starts to pull your car off the track. The competitive spirit is naturally represented in the abundant multiplayer options. From four-player local splitscreen to online sessions with 99 ghost cars racing and constantly respawning on a player-made track, you have several avenues to keep your ego in check. What's notable about Turbo's multiplayer is its variance. It has pass-the-controller play, secret multiplayer modes (like having to mash buttons to accelerate), and Double Driver mode. Here both players control the same car simultaneously, so turning left, for instance, has to be a team effort. What's more, you can use Double Driver mode through the entire single-player campaign if you want, further evidence of the game's breadth of content.

I messed around with the track maker mode, and it presented plenty of options. It greys out parts when you can't use them, which is good in that it saves you some time from trying out parts that won't go together, but sometimes I had no idea why they were greyed out in the first place. There is a handy random generator, but it'd be even more useful if you could edit these courses.

I appreciate Turbo's demand for precision, of emphasizing fundamental racing principles like the traction of your wheels and the precision of your inputs. And while I definitely got into that addictive headspace where I was chasing better times, even the endless variety of tracks doesn't offer the depth I was looking for. Since the title is so focused on the time attack format, it does little else to keep your attention. Thus, when I knew I couldn't put down a better time or the short-term ego boost of moving up the online ladder wore off, I could switch to a new track and start all over again, but the long-term prospect of engagement is limited. TrackMania Turbo's charm is immediate, but not long-lasting. 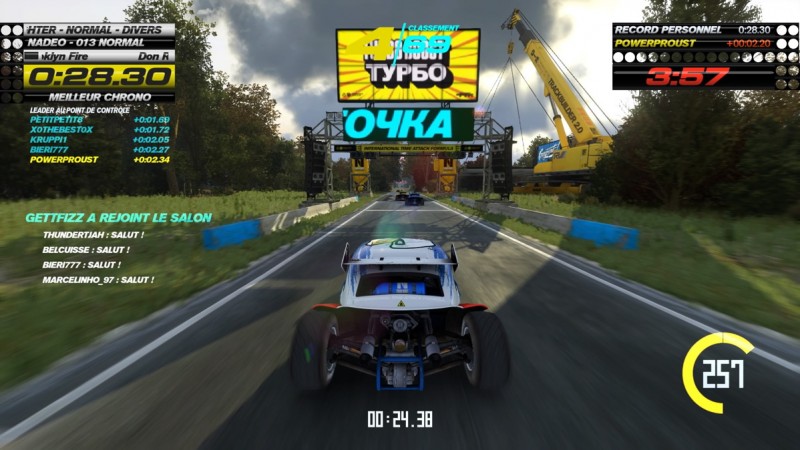 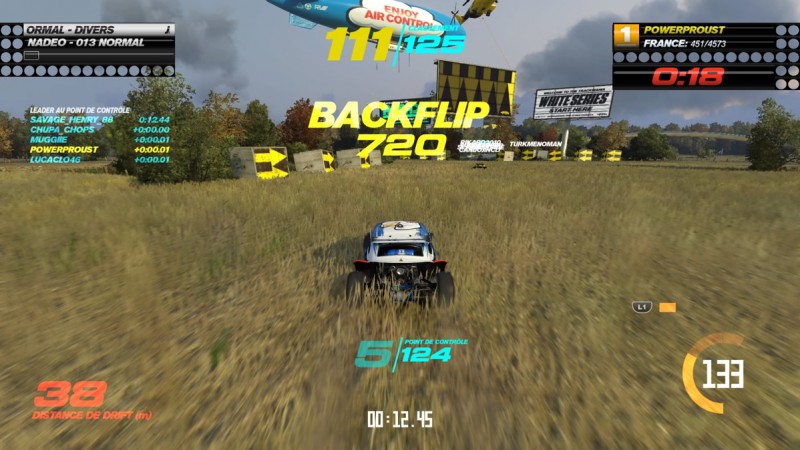 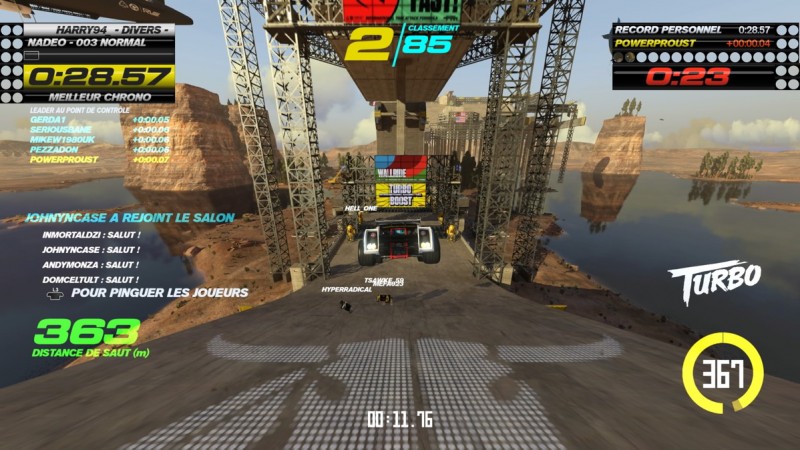 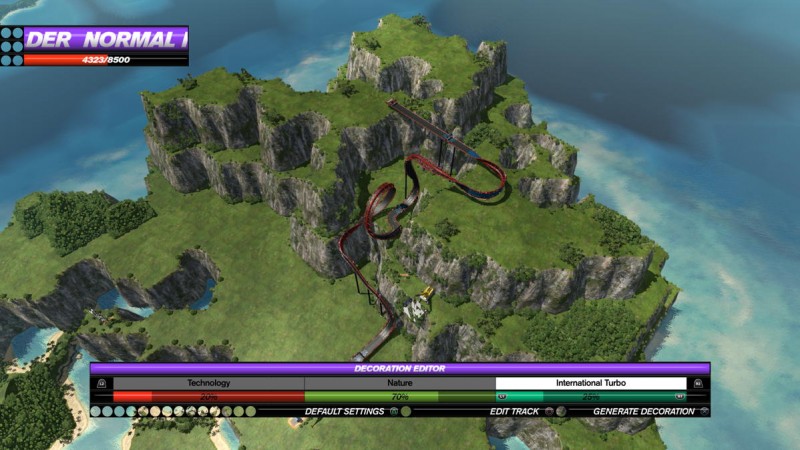 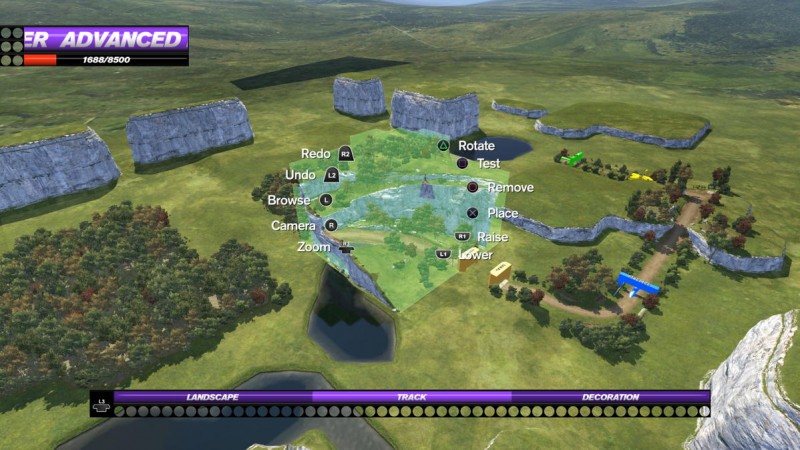 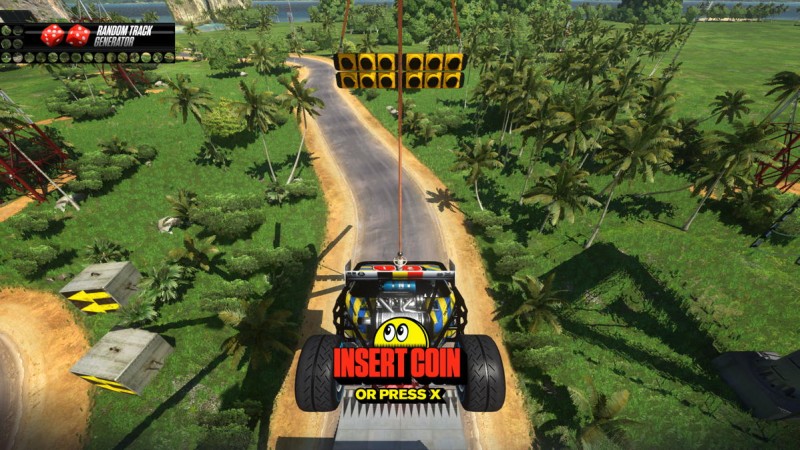 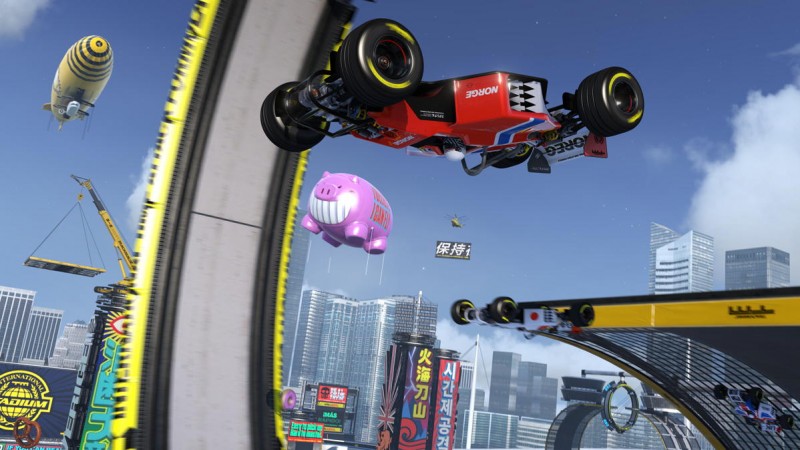 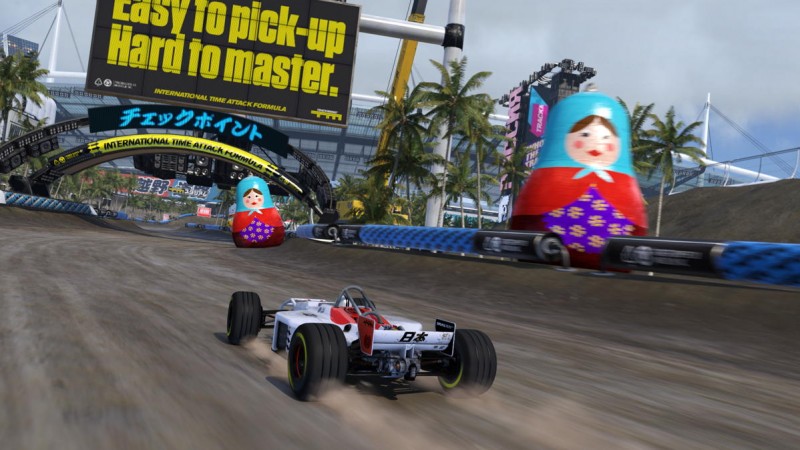 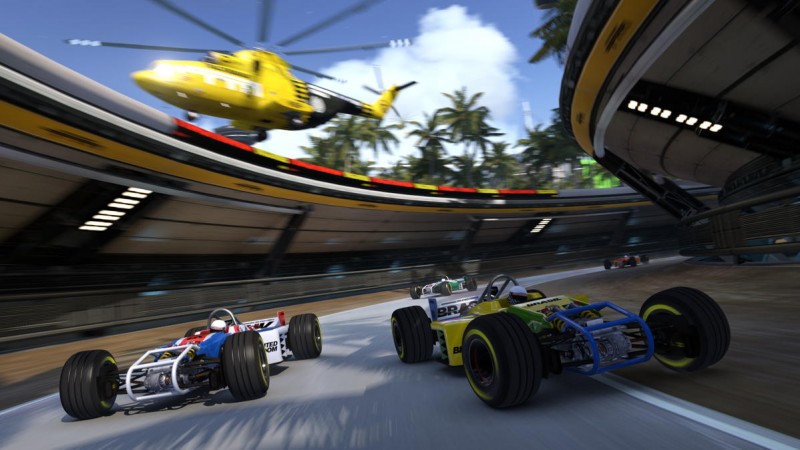 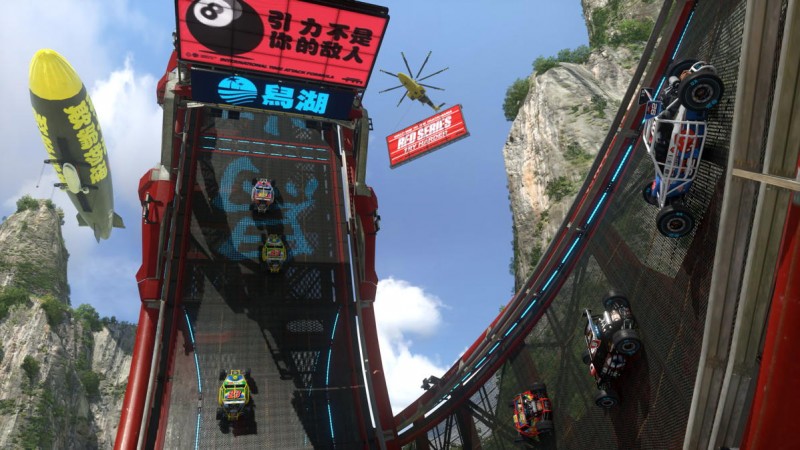 7.5
About Game Informer's review system
Concept
It’s all about Time Attack, so go as fast as you can for the best time
Graphics
Bright colors pop and your vehicle moves at a good clip
Sound
The in-game soundtrack and occasional announcer utterances are customary at best and annoying at worst
Playability
Drifting by tweaking your gas, brake, and steering is easy, even with no handbrake
Entertainment
This game appeals to both hardcore and novice drivers, but its limited Time Attack focus isn’t for everyone
Replay
Moderately High 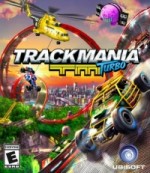