A Changed Battlefield On Land And At Sea
by Adam Biessener on Mar 22, 2012 at 09:10 AM
Publisher: Sega
Developer: Creative Assembly
Release: March 22, 2012
Rating: Teen
Reviewed on: PC The original Total War: Shogun 2 is a triumphant balance between complexity and elegance, a strategy game that offers players meaningful interactions with economic development and warfare alongside a diplomatic metagame that is second to none. The one area where that game tripped up was in variety; many of the one-off units were nearly indistinguishable from the baseline infantry/cavalry/archers they modified, and it was easy to fall back on static tactics and unit compositions. This standalone expansion retains everything that made the original great while rectifying that shortcoming with style. Every clan in Japan now has to straddle the line between traditional spears-and-bows units and modern firearms and cannons, and all of the diversity that the influx of new weaponry provides.

From a wider strategic perspective, the new system where each clan is loyal to either emperor or shogun is a massive change to how diplomacy works out and the larger war takes shape. The significant modifiers to diplomatic relationships based on loyalty mean that every clan is more or less sorted into one of two buckets when the game begins. Being friends with like-minded clans is easy, while the penalty for having an opposite alignment makes talks frosty at best. You can still declare war on whomever you like – which is handy when a one-province minor who happens to be aligned your way is sitting on a nice rich resource.

The change makes diplomacy simpler overall, which is a shame, but it also opens up new gameplay on the strategic map. The alignment mechanic replaces religion from the original and can be similarly influenced by agents. Just don’t box yourself in with friendly clans all around like I did in one game, forcing a long-distance naval invasion to continue expanding.

The good news is that Fall of the Samurai’s naval game is vastly improved over the original. Every ship packing cannons makes the spectacle that much more impressive. The de-emphasis of boarding is a very welcome balance change for sea battles, but vastly more important is the expanded role of navies on the strategy layer. Not only can they drop devastating supporting fire in land battles within their firing range, but they can bombard enemy buildings and castles as well. Getting a port blockaded in the original was annoying; having another of your farms burned to the ground every turn by a loose enemy fleet is a crushing blow to your economy. The importance of naval supremacy (or at least rough parity) cannot be overstated.

The land battles are still the main event in many ways, and they are better than ever in Fall of the Samurai. I’ve won and lost engagements with dozens of combinations of spear-toting armed peasants, conscript riflemen, elite snipers, traditional samurai, and a wide variety of cannons. The fact that bows and swords can win even late-game battles despite the prevalence of firearms is a testament to Creative Assembly’s outstanding balancing efforts. Extending the unit pool beyond Shogun 2’s basic mix is a wonderful way to convince players to shake up their tactics, and I was constantly engaged in solving the latest tactical challenge brought on by a unique force composition.

The AI has always been a strength for Shogun 2, and by and large it remains so in Fall of the Samurai. I would have loved for a few wrinkles to get smoothed out, like its tendency to swap provinces by failing to defend its holdings when it goes on the offensive, its confusion when its intended target castle gets reinforced, and its poor handling of sieges. But on the whole it’s a decent effort. It knows how to use the new units well enough, and when the forces on the field are relatively even it can put up a reasonable fight – though any competent tactician will win handily unless badly outnumbered. I strongly suggest for experienced players to try the hard and very hard difficulty settings once they have a campaign or two under their belt.

Multiplayer enjoys a similar implementation as the original, just with the delightful new unit mix. I’m still not a fan thanks to cumbersome battle controls, not being able to pause and issue orders, and the extreme downtime involved with playing a multiplayer campaign, but I can’t see any reason that gamers who already enjoy them won’t continue to do so here.

Fall of the Samurai, like the original Shogun 2, is good enough that I heartily recommend it to everyone who owns a PC regardless of their experience with or opinion of the grand strategy genre. If you’re coming into the series for the first time there is a lot to learn, but you’ll be amply rewarded with hundreds of hours of top-notch entertainment should you make the investment.﻿ 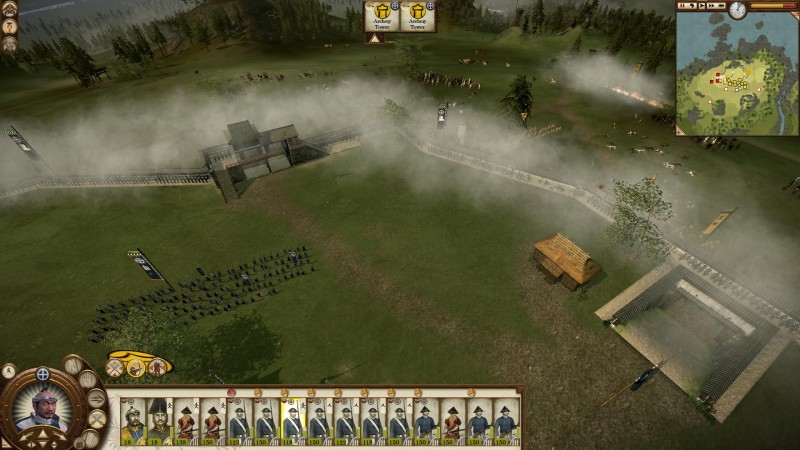 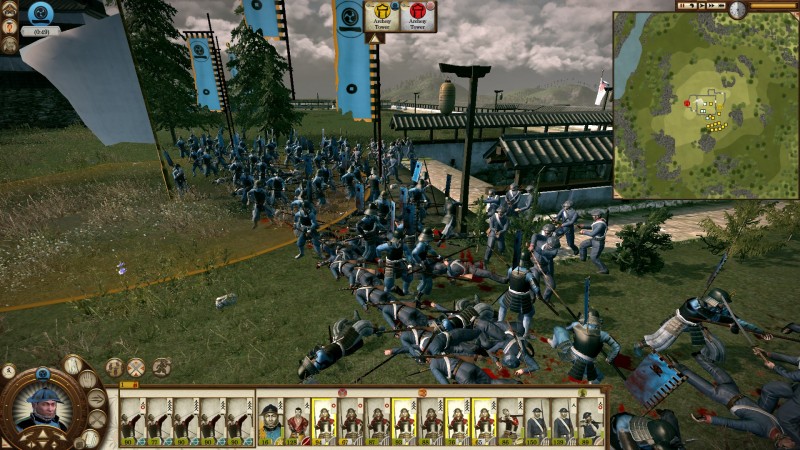 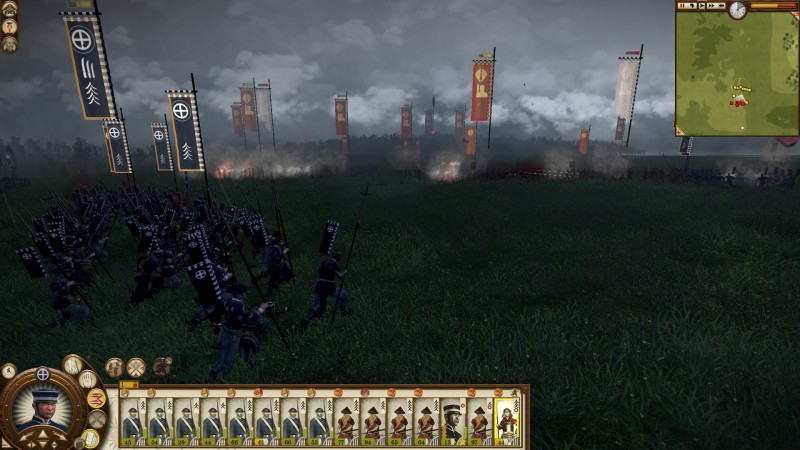 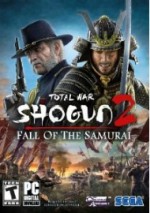 This standalone expansion retains everything that made the original great while rectifying its primary shortcoming with style.

Purchase More Info
9.25
i
Game Informer's Review System
Concept Move Shogun 2 forward a couple hundred years to the inflection point between traditional weaponry and widespread firearms
Graphics The technical wizardry involved in making these massive battles with thousands of figures look this good is as impressive as the use of painterly art that mimics Japanese styles of the period
Sound The lack of new music in the score is a disappointment, but the hammy voice work is still amusing
Playability The few interface quibbles I have with Shogun 2 are unresolved, but that just means that the UI is outstanding instead of perfect
Entertainment If this leaves you cold, hardcore strategy games just aren’t for you
Replay High