A billion years in Earth’s future, many civilizations have risen and fallen, leaving behind a detritus of science that may as well be magic to the newest inheritors of the planet. One man has tapped into that wealth of lost knowledge and discerned the secret to immortality. He casts off bodies at his convenience, leaving behind new personalities in the discarded husks. You are one of these husks, and you awake to life tumbling from orbit at terminal velocity, speeding to meet the ground below.

Torment: Tides of Numenera opens with weirdness, and doesn’t wait for you to catch up. Embracing the outer edge of speculative fiction tropes, it makes for a wild (and often inscrutable) adventure into uncharted territories of existential thought, grotesquerie, and wonder. The preponderance of written dialogue and descriptions can be overwhelming, especially with only occasional traditional action scenes. Accept the novelistic approach to storytelling, and Torment rewards you with the most surreal adventure ever to call itself an RPG.

Torment’s isometric view and party-based structure taps into older games like Baldur’s Gate and newer genre revivals like Pillars of Eternity. But in keeping with its spiritual predecessor, Planescape: Torment, Tides of Numenera is light on tactics. Instead, it is far more interested in surprising characters, lengthy conversations, and choice trees that emphasize non-combat approaches to problems. Even when it does enter a turn-based “crisis,” most encounters allow for solutions that don’t involve killing, like stealing the eggs of the monstrous creatures threatening the city in order to gain leverage, or distracting a guard during a tour of a spaceship so a different party member can sneak onto the main computer. These infrequent conflicts are the punctuations on lengthy stretches of talking and reading, and act as an essential way to move the story forward.

In support of both conversation tools and battle scenarios, a deep leveling system provides compelling decisions, from non-combat skills like deception or quick fingers, to powerful combat-oriented nanite-infused maelstroms or cleaving sword attacks. The approach to “magic” items is fascinating; many tools are devastating one-use objects that can turn the tide of a conflict, and come with their own oddly captivating descriptions, as if each has its own forgotten story to tell (and many do). If anything, the depth of the systems ends up being underused due to the scarcity of crises and other rules-based situations. I would have been happy to have more opportunities to use all the abilities and trinkets I had discovered.

Riffing off the stellar Numenera tabletop RPG, Torment launches onto its own trajectory with the fiction, and achieves a peerless approach to world-building. From characters to locations, nearly every moment is populated with some new conceptual anomaly. A merchant is slowly transforming into an insect due to the radiation of his wares. City guards are artificial constructs formed from a single year of life stolen from each of the city’s citizens. An old man works alongside his younger self prior to being flung back in time. One character I met answered the query of who they were with the phrase: “Some might describe me as a superpositional extraction of fundamental universal laws made tangible.” And an entire major location within the game is a miles-wide extradimensional being with mouths that open into different universes. Torment delights in its bizarre personality, and most of the time that makes for great fun. But when everyone you meet is an enigmatic stranger with a twisted backstory and a reticence to share their secrets, the novelty is occasionally lost.

Beyond its cast of astonishing characters, the chief allure is the interlocking web of quests. Torment’s missions often explore metaphysical quandaries, and demand attention and judicious use of character skills, like persuasion, knowledge of machinery, and more. I might aid a cabal of psychics to uncover the malevolent entity hiding in their midst, or force my character to die so he can enter a labyrinth in his own mind and help a ghostly woman hiding within. I was thoroughly engrossed in the stories at hand, but I sometimes found the constant back-and-forth running between destinations to be tedious.

Cerebral and often disturbing, Torment is a rabbit hole of significant depth, where you can get lost in improbable imaginings of warped realities and existential angst. If you can wrap your head around a non-linear narrative all about consciousness, identity, and memory, Torment is a riveting departure from expectation. 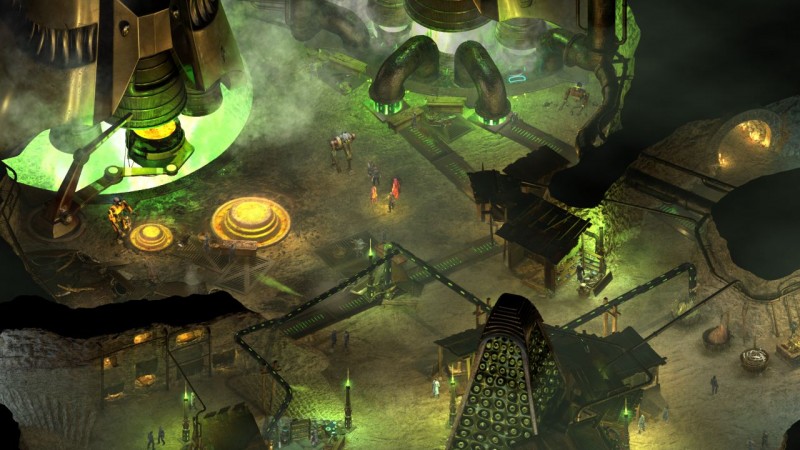 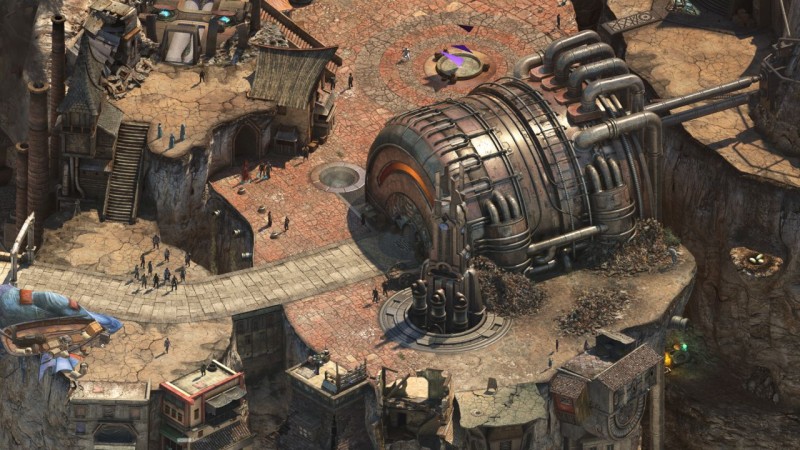 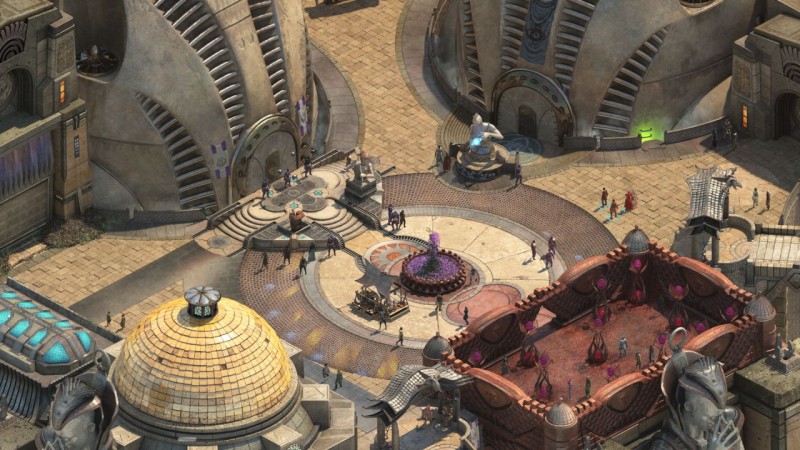 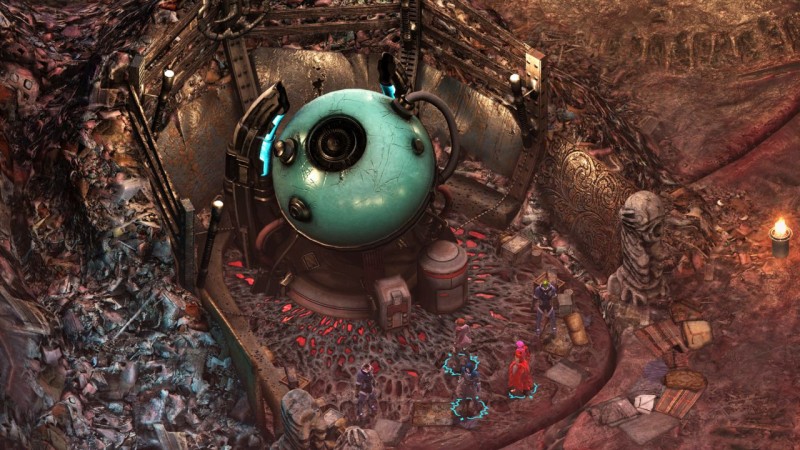 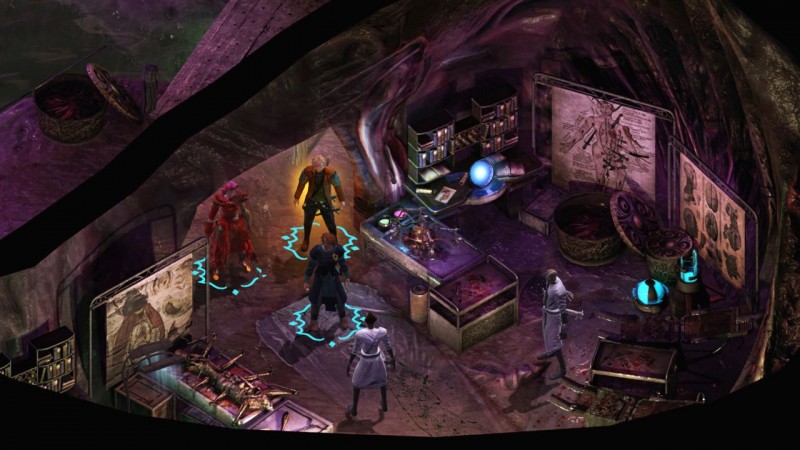 8.5
About Game Informer's review system
Concept
Rediscover Earth in the distant future as an immortal, god-like being and meet countless strange characters
Graphics
Environments feel alien and surprising, selling the meld between science-fiction and fantasy trappings
Sound
The music is atmospheric, but some of the sound effects (crackling electricity, glittering objects) are annoyingly repetitive
Playability
The Numenera ruleset has been well-adapted, but players should expect a gradual and lengthy learning curve
Entertainment
Constant text-reading and unusual imagery are delights to speculative-fiction lovers, but others may be confounded
Replay
Moderate 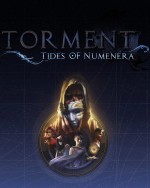