I've never been much of a believer in isometric Diablo-style action/RPGs on console. Sometimes it's good to be wrong. Torchlight makes the transition to Xbox Live Arcade almost entirely intact. I'll still be playing on PC, but I wouldn't point anyone away from this edition of a great game.

Torchlight is an unapologetic rehash of Diablo's mechanics. Everything from the view to the control, the skill tree to the inventory system, and the dungeon's structure to random item generation is cribbed from that classic. Much of it is updated, of course – summonable minions play a bigger role in Torchlight, the environment is much more interactive, and your hero's spell selection is more flexible – but anyone with a lick of experience with the genre won't find many curveballs here.

Where Diablo II is a sprawling epic with dozens of viable character builds and advanced tactics that push the interface to its limit, Torchlight is more light-hearted and demands less of its players. I don't say this as a bad thing; Torchlight's brand of explosive dungeon crawling is a different vibe that scratches a slightly different itch. This cuddlier nature is the very thing that allows Torchlight to thrive on consoles.

Even on hard difficulty (which you should choose if you've so much as seen a friend playing Divine Divinity a few summers ago), diving through the monster-infested mine below the town of Torchlight isn’t exactly a tactical affair. Combat is more akin to driving a tank through a platoon of orcs than desperately defending a hill with bow and sword against scores of Uruk-hai. Chilling on your couch, firing abilities in the general direction of monsters, and watching your minions clean house as you hack madly away with the X button is a perfectly reasonable way to play the game.

Don't let this easy-breezy description sell the action short. Pygmies explode into clouds of blood on a good critical strike. The ground erupts and flings spiders everywhere when your avatar unleashes a mighty stomp. Skeletons shatter under elemental onslaughts that mid-cycle Wheel of Time Rand al'Thor would be proud of. Unleashing hilarious carnage is Torchlight's primary goal, and it performs its mission well.

This casual approach to gameplay soothes my minor irritation at the loss of fine control that comes with the switch to gamepad. All of your abilities and attacks auto-target (quite generously) onto the monster closest to the direction your left analog is pointed, and it works great 95 percent of the time. The rare occasions where I can't pull off an advanced tactic – like dropping a slowing trap next to a red barrel, luring monsters into the draining field, then setting off the explosive container – just aren't that big of a deal like they would be in a harder game. Those maneuvers are cool, sure, but I can just summon some zombies and fire exploding shots through my undead meatshields to the same effect. Or knock back and stun the lot of them with the wind of justice, drop a few machine gun traps, and laugh as they get torn to bits. Or feed my pet a fish to turn him into a giant rock troll and support his murderous rampage with poisonous dagger strikes. You're not lacking in options, is what I'm saying here.

The ancillary differences all work fine. Inventory management is easier if anything, since it's list-based instead of the PC version's stupid legacy grid. The few minor content additions like the new pet type and another set of secondary quests are nice, but fall well short of reasons to lure players who have already conquered the original for another playthrough on XBLA on their own. I would have liked to see some of the more egregious balance problems addressed (pretty much whatever you do, max out the critical strike skill – trust me) and weaker skills shown some love in order to buff up some marginal builds, but that stuff was a minor distraction in the original and it's a trivial issue here.

Developer Runic Games is a collection of action/RPG veterans that trace their lineage back to Blizzard North and Diablo. Torchlight was originally made on a tiny budget in under a year, with all of around 25 people working at Runic at the height of development. For all that, it's a better dungeon crawler than most everything else that has been released post-Diablo II. Torchlight is a celebration of the silly fun of building an overpowered hero and tearing through hordes of monsters. We'd all love co-op (which is coming in the sequel, announced last year), but my advice is to appreciate Torchlight for what it is rather than complaining that it's not what you want your perfect dungeon crawler to be. You won't be disappointed. 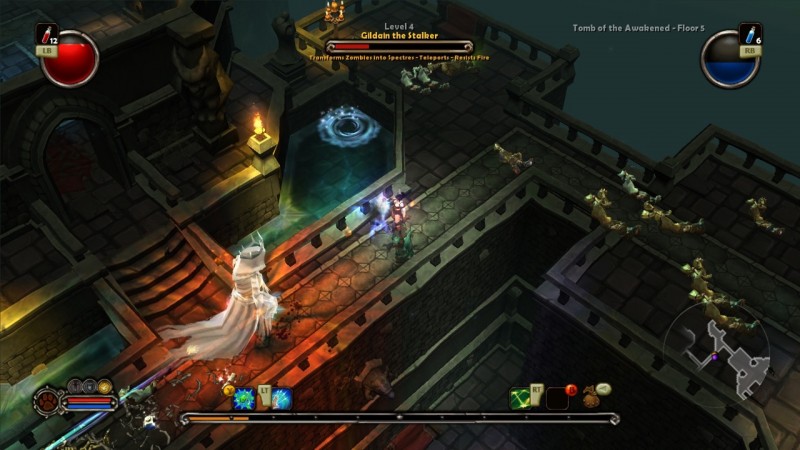 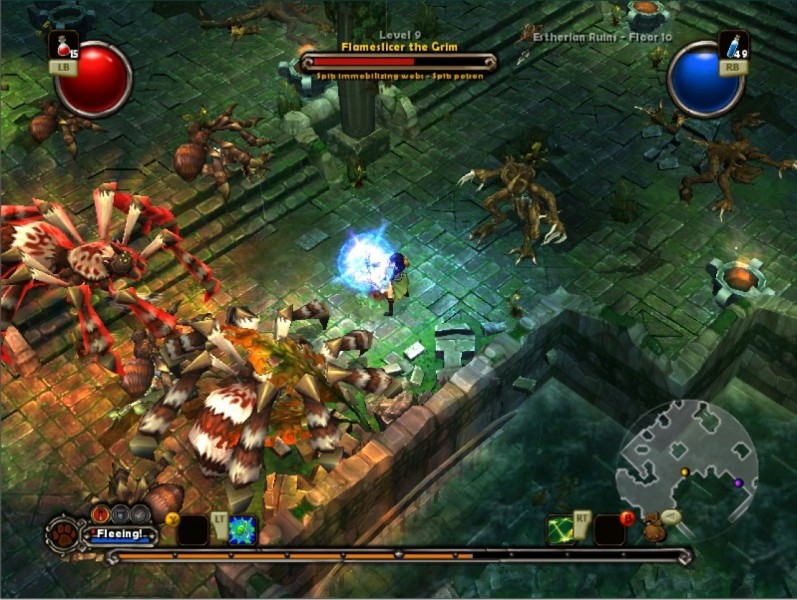 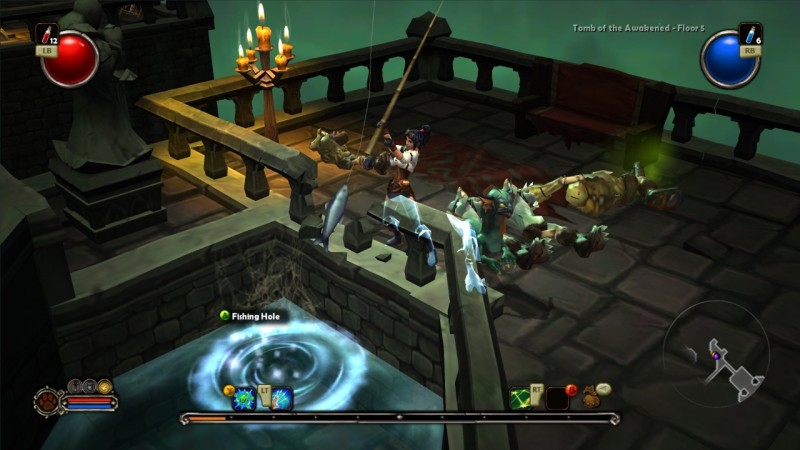 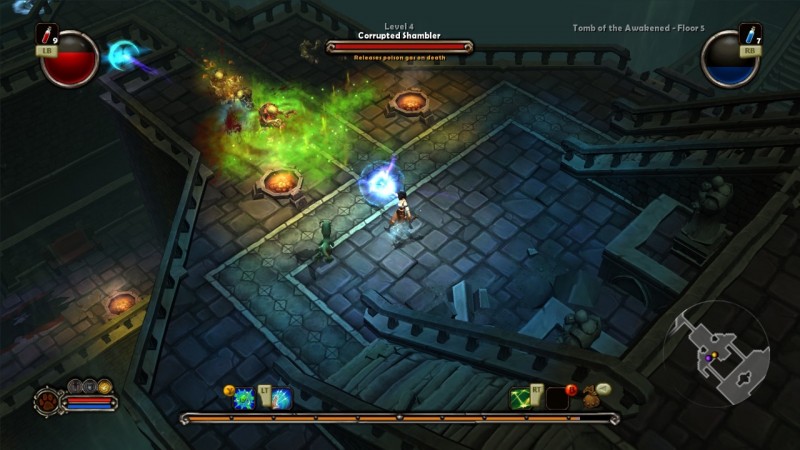 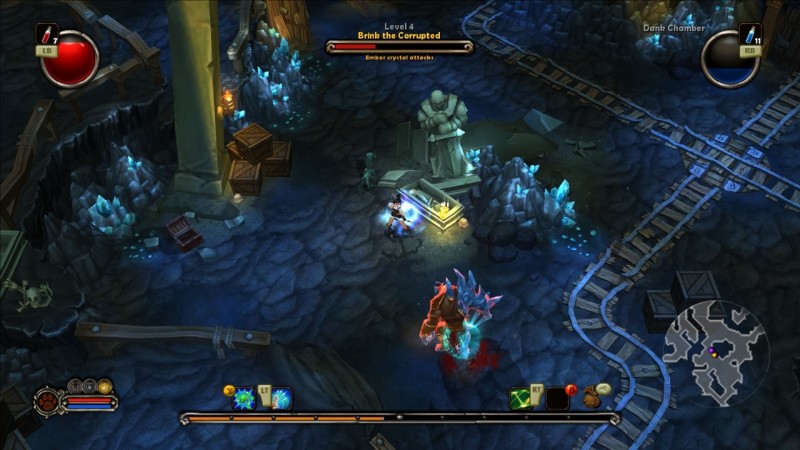 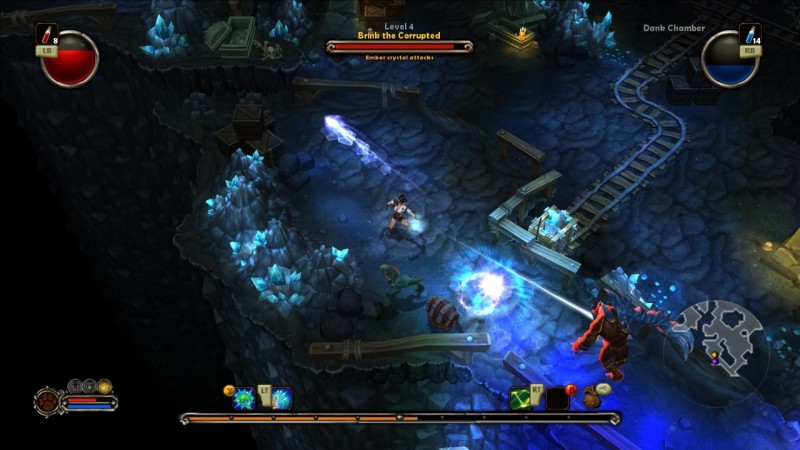 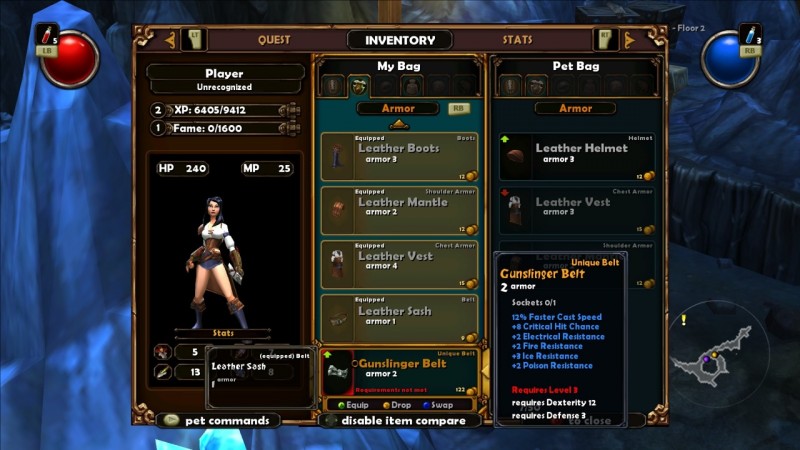 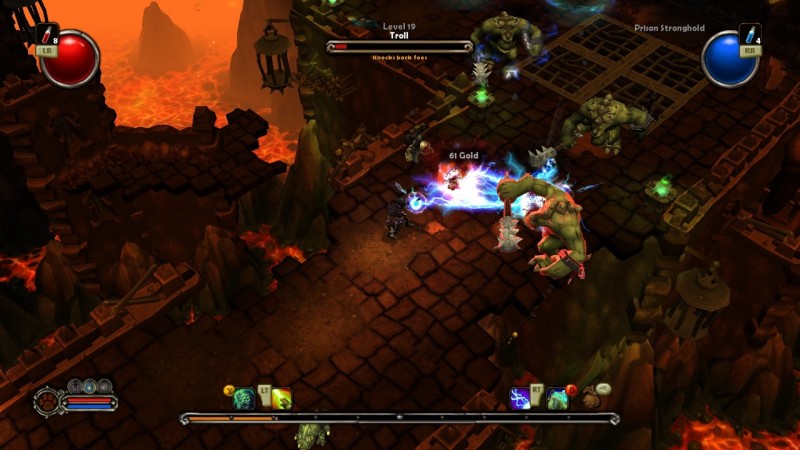 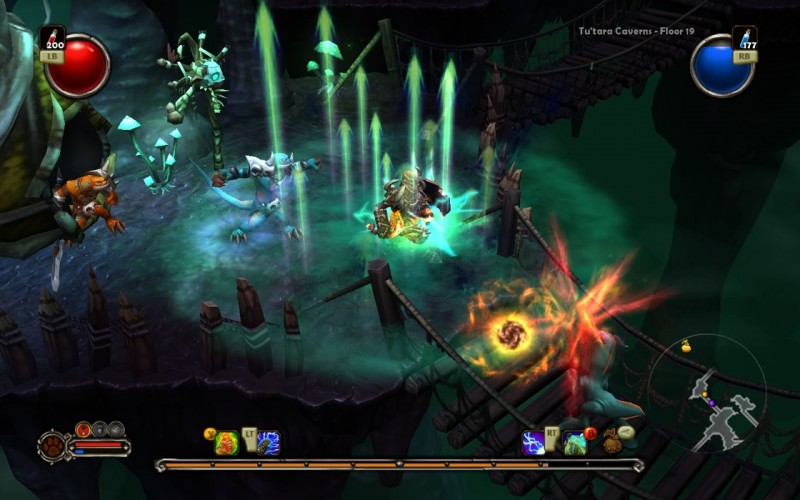 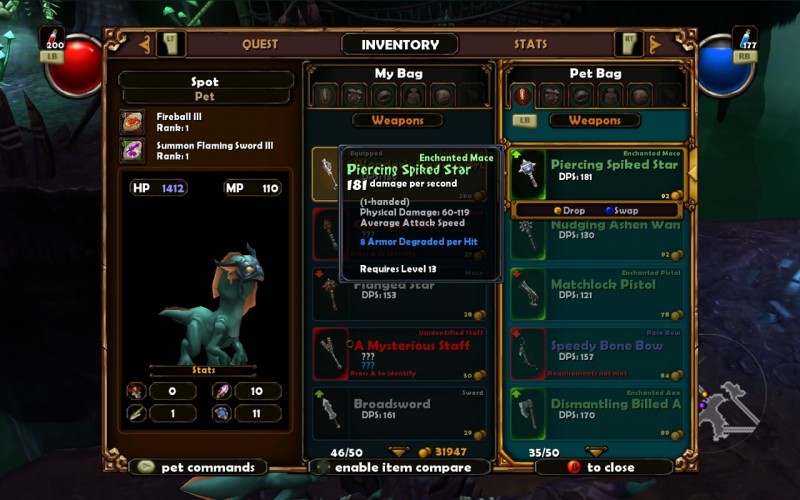 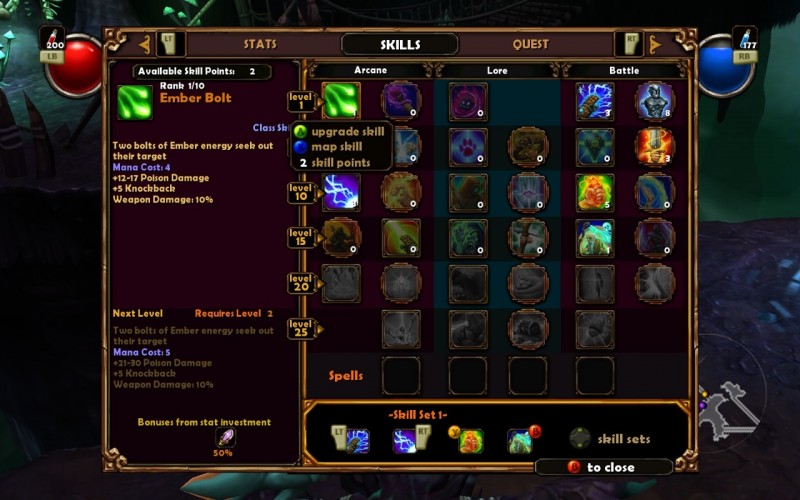 8.5
About Game Informer's review system
Concept
Bring last year's lauded dungeon crawler from PC to the controller crowd
Graphics
This won't be winning technical awards, but the cartoony art style is pleasant and inviting, and explosive effects give the action a satisfying pop
Sound
I'll never stop being amused at how explicitly the town music apes Diablo's. That's about the only notable thing about the otherwise vanilla audio
Playability
Some fine control is lost relative to the original mouse/keyboard scheme, but this was never a game about precision
Entertainment
Random levels, loot, and monsters. Sure, this is a Diablo clone, but it's a good one
Replay
Moderately High