Tomb Raider is certainly ready to move in new directions. However, before it does, Underworld serves as a suitable exclamation point to wrap up old ideas before moving on to the next big thing. In that capacity, the game is a huge success, delivering the best of what makes Tomb Raider games fun while excising most elements that have irked players in recent years. This game won't likely change your opinion of the character or her adventures, but it's a grand ride for those who still look forward to globetrotting with the British heiress.

Crystal Dynamics acknowledges from the start that it's time to sweep out the old and bring in the new, opening the game with a bang (bye-bye Croft Manor), making it abundantly clear that things are changing for Lara. Underworld features the most cinematic and exciting Tomb Raider plot yet, filled with tense drama and awe-inspiring scenes of discovery. Without explicitly saying so, Underworld serves as the final act of the seemingly disconnected stories presented in Legend and Anniversary. Culling characters and unanswered questions from both, this closing chapter won't leave fans hanging.

The series' basic design tenets remain intact, but they are more polished here than ever before. Clambering along ledges, leaping across dangerous gaps, dodging ancient mechanical traps, and culling endangered animal species – it's all here. What has changed is the sense of scale. Underworld is all about huge mechanisms and sprawling levels. The platforming is top notch, and navigating the varied locales of the game world has never been more fun. Lara's actions feel and look more natural, thanks to some excellent motion-captured animation; cracks only show during occasional transitions between animations. Her moveset is also dramatically expanded, giving her more facility to interact with the environment in the way you want.

The mind-bending puzzles are fun, particularly the impressive number of optional challenges scattered throughout the game to find extra relics and treasures. If anything, some of the puzzles may be too big. I'm as much of a fan of gigantic, pulley-rigged ancient statues as anyone, but there are times where the scale of these contraptions is too massive to even understand what you're doing when you place widget A in slot B. Beyond this frustration, most of the puzzles are a blast to solve – delivering repeated ''aha'' moments that puzzle gamers can't help but love.

Combat is a marginal step up from previous incarnations, but is still heavily focused on wild leaps around the environment as you hold down the trigger. Unlike before, these combat encounters frequently pop up while you're in the midst of hanging off a ledge or leaping between posts, upping the excitement significantly. Legacy camera problems, meanwhile, haven't improved significantly – probably the biggest problem still facing the talented development team.

In tone, Underworld hits the target dead center, delivering the perfect mix of isolation and discovery with larger dramatic encounters. No modern cities mar Lara's excursion this time – this is tomb raiding from beginning to end. Remarkable visuals sell the experience, and a moving score deepens your involvement. The formula behind the game is ready for some fresh ideas, but as a wrap up of old ideas, Underworld hits the sweet spot.

8.75
About Game Informer's review system
Concept
Explore the hidden ruins of the ancient past in one of Lara Croft's best adventures
Graphics
Gorgeous environments, moody lighting, and slick animation make this a surprise contender for one of the finest looking games of the year
Sound
A fantastic score sets the mood for exploring mysterious ruins and shooting in desperate gun battles
Playability
Lara reacts with ease and precision, but the camera is sometimes frustrating
Entertainment
A thrilling adventure for any gamer, but long-time tomb raiders will especially love all the nods to previous narratives
Replay
Moderate 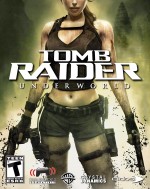