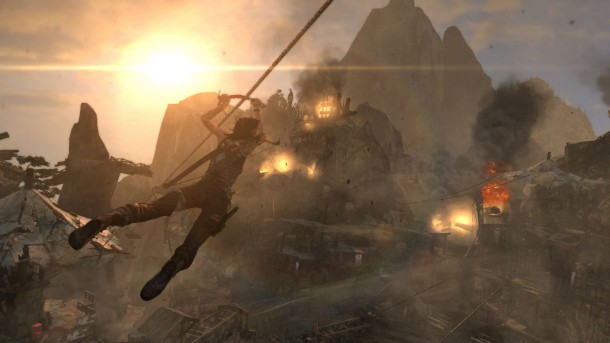 Crystal Dynamics has held the reins of the Tomb Raider franchise since 2006, when publisher Eidos decided that Core Design had run the series into the ground. After two solid new titles and an updated remake of the original games, the studio finally hit a home run with 2013's Tomb Raider, a reboot of the series that many - myself included - felt was the best game in franchise history.

In many ways, Tomb Raider recalls the trio of recent James Bond films starring Daniel Craig; both reimagine a British entertainment icon in a harder, less playful fashion. Don't expect this Lara Croft to engage in quippy banter; the violent, often grim tale pushes her to the limit as she turns from a girl to a battle-hardened woman.

Aside from the subpar multiplayer and a few suspect plot twists, the game is nearly flawless. The big questions are: What's new in this "Definitive Edition," and should I buy it? The answer is...it depends.

The grandiose subtitle might fool some into thinking this re-release is more significant than it really is. In essence, this is a next-gen port of Tomb Raider packaged with all of the post-release DLC content. There are a few Xbox One- and PlayStation 4-specific added features like voice commands and touchpad controls. You can say "stealth" to switch to a silent weapon (which isn't as fast as doing it with the d-pad) or use the PS4's touchpad to light a torch. The PlayStation 4 controller glows red when you have a torch. The Xbox allows you to tilt your head during platforming sequences to shift the camera angle. As you'd expect, it's all clever but inessential.

A good selection of bonus content is also included: multiplayer maps, characters, and weapons previously released as DLC and the Dark Horse digital comic book "Tomb Raider: The Beginning," an art book, and a making-of documentary. Six new outfits allow you the unprecedented ability to dress Lara in clothing that's actually appropriate for the weather conditions. The most notable new addition for fans is the only new single-player content, the Tomb of the Lost Adventurer, an all-new Tomb found off to the right in the area before Lara and Whitman enter the large tomb doors in the first hour. Like the others, it's short and mediocre.

The biggest draw of Tomb Raider: The Definitive Edition is the improved graphics. They're simply stunning in perhaps the best-looking console game I've ever seen. Running smooth 1080p resolution, this new version adds an incredible level of detail to the newly modeled characters and lush environments. From Lara's uncannily realistic hair to the shimmer of water reflections on a cave wall, every inch of this game is visually striking. It's a tantalizing glimpse at the wonders that these new consoles have in store for us.

Are these improvements worth $60 if you've already played the game? Without knowing your bank balance, I can't definitively answer that question. For me, it's simply a great port of a great game. The added content is a welcome addition, but didn't markedly affect my enjoyment of Tomb Raider. That said, it's undeniably the best version of Tomb Raider yet - and the best game currently available for Xbox One and PlayStation 4. If you haven't played it, I don't know what you're waiting for.

The Edge
The PS4 version appears to have a better framerate at times. However, Tomb Raider looks good on both consoles and the discrepancy didn't affect my enjoyment of either version. 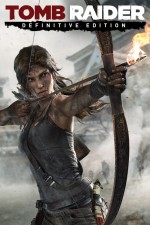 This new port of last year's excellent Tomb Raider is the best version of a great game.

Purchase More Info
9.25
i
Game Informer's Review System
Concept Bring 2013's excellent Tomb Raider reboot to the next-gen systems with a high-res facelift and DLC extras
Graphics The original version was gorgeous; this version is one of the best-looking console games I've ever seen
Sound The game features a great score and voice acting on par with a Hollywood film. The new voice commands work, but aren't essential
Playability Lara's running movements feel jumpy, but overall it has the best control in the history of the series
Entertainment If you've already played Tomb Raider, it's not worth $60. If you haven't, this is the best game currently available on Xbox One or PS4