The gaming world has much to say on the idea of reboots and relaunches. They’re the best way to keep a series relevant. Or they’re the death of all things new and creative. Opinions abound, but when a fresh start to an old series is as engaging and exciting as Tomb Raider, it’s best to just sit back and enjoy a brilliant new release on its own merits.

Tomb Raider begins with a focus on narrative and atmosphere, and in a rare feat, maintains that focus for the many subsequent hours. Lara Croft is a young but uncertain adventurer out with a documentary crew searching for a lost island off the coast of Japan. When her ship mysteriously tears itself apart in a storm, she and a small band of survivors are cast away on a dangerous island filled with ritualistic cultists and inexplicable weather events. Whether it’s the opening cave sequence, outrunning a crashing airplane, or tumbling down a whitewater river, the cinematic flair excels at engaging players without taking control away. The story takes a few predictable turns, but it’s easy to forgive as the tale weaves through exotic locales, fun character interactions, and amazing set-piece moments.

Lara is a great lead. Emotional, nuanced voice acting and stellar animation for the character help make her believable, even if that focus on authenticity is at odds with Lara’s seemingly inhuman ability to suffer wounds, falls, stabs, and burns and still marshal on. Even so, few games have managed such a likeable and relatable protagonist, scaling up from vulnerable ingénue to hardened survivalist.

Tomb Raider strikes a near-perfect balance between traversal, exploration, and combat, and it does so by letting players set that balance themselves. While the critical path is mostly linear, stages are large and have plenty of options for shaping gameplay. Like stealth? The game does an admirable job supporting quiet melee kills, enemy distraction, and distant bow shots that send opponents silently tumbling from cliffsides. Want more action? The gunplay is precise, headshots are appropriately rewarded, and mobility is encouraged as you dodge and leap between cover points. Looking for puzzles? Most of Tomb Raider’s best puzzles are set aside in optional tombs, available whenever you want a break from the fighting.

Tomb Raider distinguishes itself from similar third-person action games in two ways. First, a deep system of gear and character upgrades encourages players to go after high XP kills, hunt down salvage, and choose early upgrades wisely. Second, the game allows players to take breaks from the forward momentum of the story and fast travel back into previous locations. Almost all areas include several gear-gated nooks, secrets you might have missed, or hidden treasures and journals that offer insight into the island. In big and little ways, Tomb Raider embraces the joy of discovery, and the player can’t help but be pulled along for the ride.

A big part of me wishes that the game started and stopped with the single-player offering, but that’s not the case. The multi-player isn’t awful, but it feels like a whole different game in everything from the muddy textures of environments to the sloppy feel of the action. Asymmetric matches demand separate objectives for the competing survivors and their island cultist opponents, which are implemented and balanced well. However, the combat feels loose and frantic, and character animation is choppy. Explosions are hard or impossible to detect, and often result in cheap deaths. The interesting idea of platforming during a multiplayer session is hamstrung because it just exposes you to attack. I enjoyed upgrading weapons and unlocking characters, but these systems don’t deviate much from expected standards. Other dedicated multiplayer ﻿experiences are more worth your time.

The lackluster multiplayer is absolutely no reason to avoid what is otherwise one of the best action adventures I’ve ever played. Crystal Dynamics has nailed a pitch-perfect new vision for one of gaming’s most recognizable characters, and revitalizes her for what I hope will be many more installments. Whether or not you’ve embraced the previous games that went by this moniker, this is the time to take another look at Lara Croft. 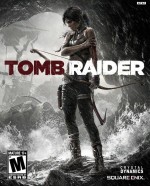 Lara Croft returns in style with one of the best action/adventures in years.

Purchase More Info
9.25
i
Game Informer's Review System
Concept Begin a new adventure with a young heroine as she finds herself through adversity
Graphics Beautiful animation and an incredible array of detailed locations
Sound A delicate central musical theme weaves in and out to great effect, and Lara’s voice acting is especially strong
Playability Excellent controls, precise combat aiming, and a steady learning curve
Entertainment A fantastic campaign that should put Tomb Raider back on the top of gamers’ must-play lists
Replay Moderately High