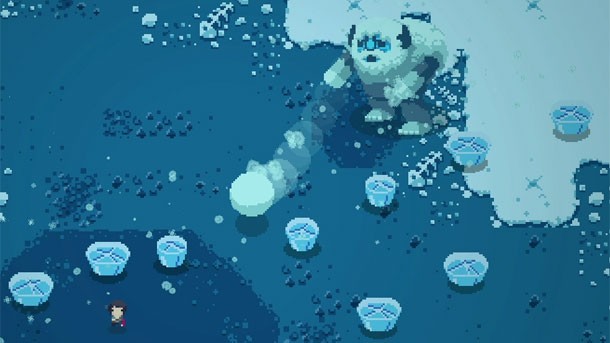 Boss battles provide some of the most potent memories we take away from our favorite games. I'll never forget the first time I batted Agahnim's magic blasts back at him in The Legend of Zelda: A Link to the Past, or took down the first lumbering stone giant in Shadow of the Colossus. Developer Acid Nerve recognizes the appeal of a good boss fight, and they've combined the essence of the incredible games I mentioned into a unique package that trims the fat and focuses on big confrontations. More than just a tribute to either game, the studio infuses the core concept of hunting down giant ancient beasts from Shadow of the Colossus with enticing elements like extreme lethality, top-down Zelda-inspired battles, and a captivating sense of mystery.

Titan Souls sets players off running with a deliciously sparse tutorial. You can run, roll dodge, and shoot an arrow that can also be magically recalled (think of Yondu from Guardians of the Galaxy). Aiming the arrow in the top-down perspective is as easy as holding the fire button and using an analog stick to aim in the right direction. No aiming aid extends beyond the top of your arrowhead, so learning to dial in clutch shots takes time and patience.

Speaking of patience, you're going to need lots of it if you want to enjoy taking on Titan Souls' cast of tough boss battles. Players track down and confront a varied collection of the titular titans (I conquered 16 during my playthrough), and they're going to crush you - over and over. The mysterious, titan-slaying protagonist dies in one hit, but titans also can only withstand one arrow to their vulnerable spot (usually pink). The result is a tense, challenging, and ultimately rewarding collection of one-on-ones. I died 179 times during my first playthrough, but the only penalty after each death is trekking back to the boss. Downtime between attempts is mercifully short, while still allowing you time to reflect on how you blew it. Still, by my 20th death at the hands of a particularly nasty boss, I was wishing it took less time to get back into the fray. 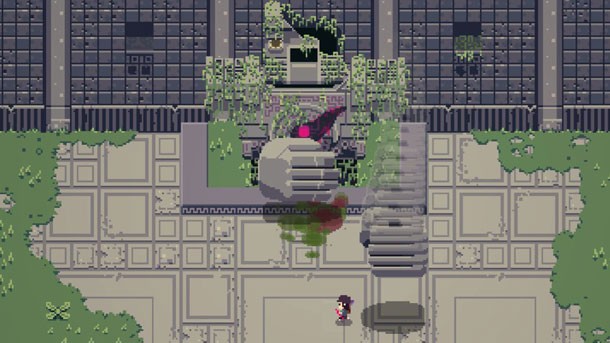 Titan Souls has some of the best boss variety I've seen, which is good when the action is composed of 100-percent big bad guys; no other enemies get in your way between fights. One titan is a speedy, snowball-chucking yeti with a penchant for rolling and miserably vulnerable hind quarters. The fiery blob that alternates between spewing and inhaling lava is one of my favorites, and requires players to make clever use of their unique arrow. The battle that gave me the biggest trouble involves turning a titan's own attack against it, opening up a narrow opportunity to deliver a killing blow. While this battle was exciting and a joy to eventually overcome, it highlights one of my main complaints with Titan Souls. Too many times I could've sworn I saw my arrow cleanly connect with the target, only to pass straight through or bounce off impotently. This might not matter in a game with more forgiving combat (or health bars), but they stick out like throbbing pink thumbs in the context of Titan Souls' ultra-lethal combat.

Taking on all the titans isn't as simple as a boss rush at the end of a Mega Man game. Traveling through the large, mysterious world offers much-needed downtime between repeated, sometimes-stressful throwdowns. Acid Nerve again wears its love of Shadow Colossus on its rune-etched sleeve, as the curious wandering between bosses evokes memories of Team Ico's classic. The serene, contemplative music meshes beautifully with swaying pixelated trees, calm ponds, and other ambient elements. I sank into the experience thanks to these stretches of quiet solitude; the downtime always succeeded in making the next battle even more intense. A few basic environmental puzzles, like lighting torches and a Lost Woods-style maze, offer a little variety in the exploration, but discovering your next foe is mostly about poking around everywhere.

The simple, distilled formula is a refreshing change of pace from the increasingly complex systems many modern games present to players. The thematic ground of an enigmatic little warrior battling ambiguously aligned beasts is worn territory, but Acid Nerve injects enough of its own style and rewarding moments to justify this tribute. The extra challenges you unlock after beating the game, like a harder difficulty and one-life mode, offer nice replayability to the five-hour adventure. If you're looking for a stiff challenge and a captivating atmosphere to lose yourself in, look no further.

This review is based off the PC version, but it's also available on PS4 and Vita. See Titan Souls in action in this episode of Test Chamber.

8.5
About Game Informer's review system
Concept
Top-down, Zelda-style battles against a large gallery of tough bosses in the vein of Shadow of the Colossus
Graphics
The downloadable market is filled with visuals inspired by the 8-bit era, but the inspired enemy designs and mysterious environments set this one apart
Sound
The peaceful music that plays while exploring the world is a clever contrast to the pulse-pounding boss tunes
Playability
Some of the hit windows on bosses are narrower than the design appears to suggest, which can be frustrating. Otherwise, the controls are simple and mostly fair
Entertainment
You need an abundance of patience and a tinge of masochistic tendencies to enjoy it, but Titan Souls is a refreshing return to the brutal boss battles of yesteryear
Replay
Moderately High 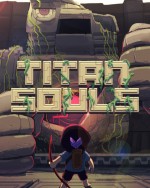