Games don’t get much indie-er than this rock-slicing puzzle platformer. The unique aesthetic and tone of Tiny & Big is charming and confusing enough to make the absurdity of a familial fight over magic underpants make a twisted kind of sense. Occasional technical problems and a few less-than-stellar puzzle designs are easy to overlook in the face of the zany energy that carries you through the breezy fun of Tiny & Big’s four-hour adventure.

Besides jumping, Tiny has three tools that let him interact with the environment in his quest to wrest the magic underpants from Big’s oversized head. Rockets let you push objects and the grapple lets you pull them, but by far the most used tool is the laser cutter. This powerful item slices nearly any object in the game along a neat plane. Walls, boulders, ancient gates, and statues are butter before the player’s almighty knife.

Tiny & Big lacks the creative drive of Minecraft, but it scratches the same sandbox itch; tearing everything between you and your goals down has a pleasure all its own. An impassable block 10 times your height becomes a smooth ramp with a single cut. The telekinetically thrown boulder coming at your head splits in half and crashes safely around you with a brief flick of the mouse. Crumbling supports become a stairway up the interior of a decrepit temple. Your power over the game world is immense.

The puzzle design itself is almost exclusively simple and straightforward. Once you have a handle on a few common applications of your tools – particularly creating ramps and bridging gaps – the obstacles don’t become brain teasers so much as light exercise on the way to the next glorious sand castle to kick over. Light narrative interstitials serve a similar purpose, breaking up the cutting with amusing animations and cartoony squawks.

One-off sequences where Big flings boulders at you while you’re navigating broken terrain or cutting the supports out from under him are fine distractions, but they’re repeated far too often in the second half of the game. The entire final boss fight is a lame rehash of the same mechanics you’ve conquered several times. A little more creativity in these encounters could have gone a long way.

Tiny & Big is short; most gamers should finish in under five hours. It’s not terribly taxing of your brain or fingers, as the puzzles aren’t tough to figure out and action segments have generous checkpoints. It is, however, an excellent way to fill an afternoon or two with a playfully absurd story and godlike power over a heavily physics-modeled world. Heck, I’d consider paying the $10-15 asking price just for the exceptional, eclectic soundtrack. My fingers are crossed for this to do well enough that Black Pants studio can stay in business and keep making more episodes for years to come. 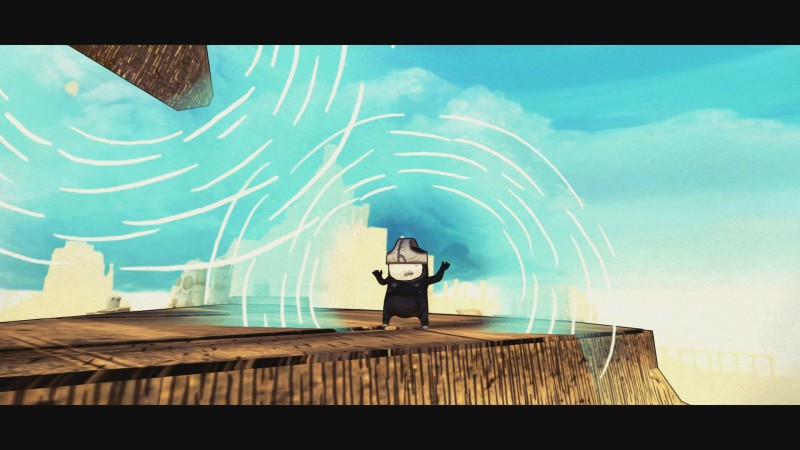 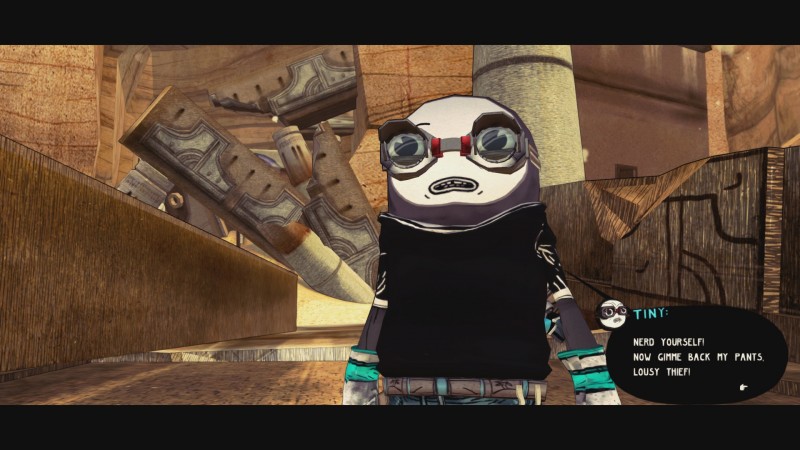 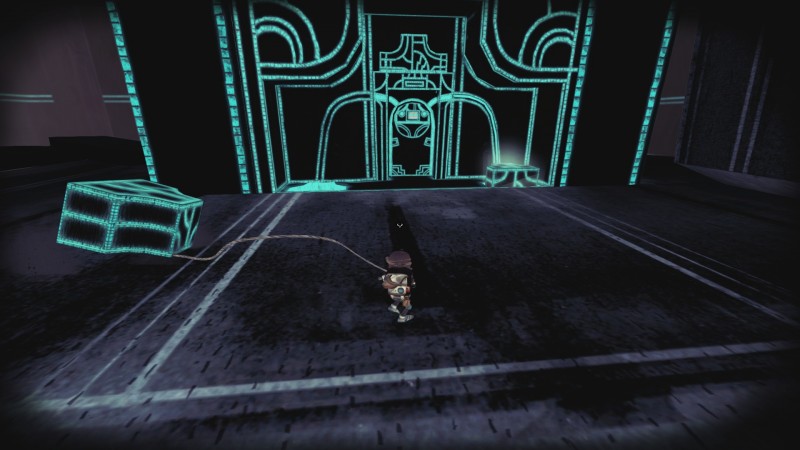 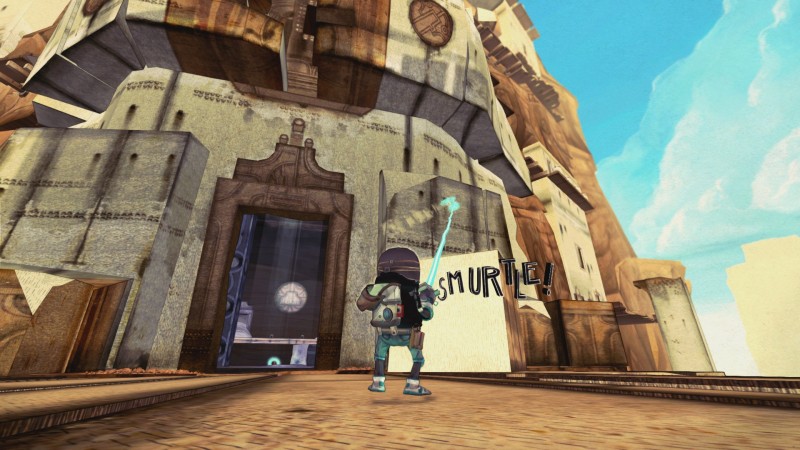 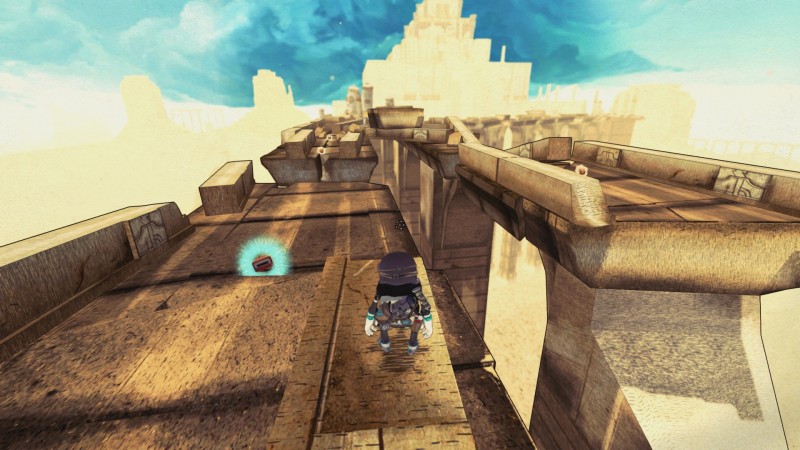 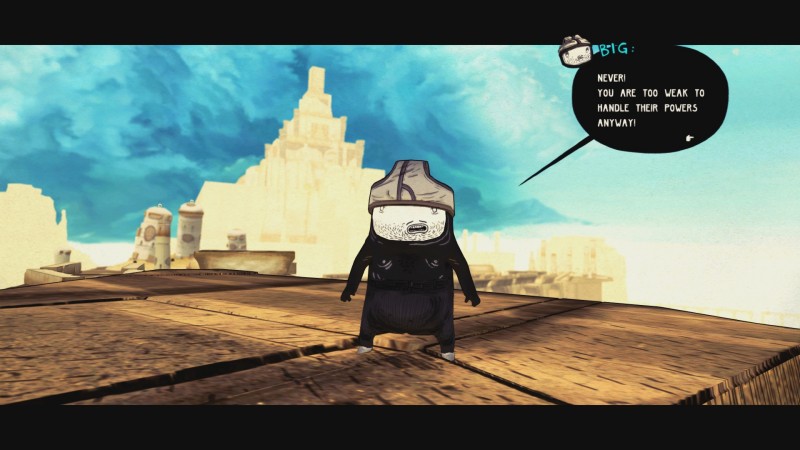 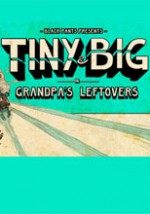 Games don’t get much indie-er than this rock-slicing puzzle platformer.

Purchase More Info
8
i
Game Informer's Review System
Concept Slice, push, and/or pull just about every object between you and the magical underpants
Graphics The stylized art maintains a unique aesthetic that wouldn’t be out of place on Adult Swim
Sound A fantastic soundtrack incorporates everything from indie rock to spacey electronica and world music
Playability Some rough spots in the controls are my biggest gripe with the game, but they’re infrequently annoying
Entertainment If all games focused this much on just being fun instead of filling in boxes on focus-testing checklists, the industry would be in a better place
Replay Moderate