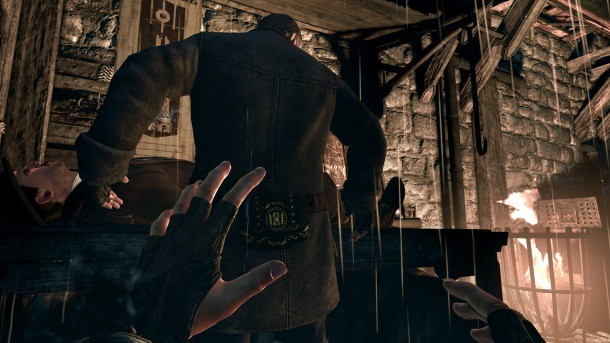 Eidos-Montreal's Thief reboot has had a long and colorful development cycle. Some people have worried about what that means for the finished product, but the team doesn't think its process has been unusual.

During an interview at CES 2014, we chatted with Thief's technical art director Jean-Normand Bucci, and he gave us his view of the game's development. "I have been in many different companies and many different projects and I don't see what happened with Thief as being all that different from other games. The advantage of an iterative process like this is that it brings new blood and fresh ideas and people to the project. I think that the team we have right now is the best team we could have to make the game we want to make."

Bucci also went into detail about what the team has been able to add to the game over the last year of development. "We have been listening to the fans and everyone to make sure that we address and enhance the game. We've worked hard on the AI very recently. We've added some addition audio and visual cues to help aid players to know if they are hidden or know how they can interact with the world. Guards now have a different patrol logic if there are multiple guards or a single guard. They work together more or dispatch each other to check on different areas of the environment. Internally we know we've had a lot to do, but we're happy with how the game has come along."

Thief releases for PlayStation 4, PlayStation 3, Xbox One, Xbox 360, and PC on February 25. During the show we also got hands on with a 4K demo of the game's controls, which you can read more about here, and be sure to check out our Thief cover hub to learn more about the game's development.