The Walking Dead: Season Two – Episode 1: All That Remains Review Growing up isn’t easy, and doing it during a zombie apocalypse is an absolute nightmare. Exploring this hardship in the shoes of the most popular character from The Walking Dead’s first season, the naive and adorable Clementine, is the highlight of season two’s introductory episode. Putting the player behind a child in peril is a bold move, and so far Telltale is showing that it’s up for the challenge by creating a worthy introduction to Clementine’s newfound life.

Clementine is no longer the unworldly girl we met last season; she has accepted the diabolical world of The Walking Dead and fights to survive. She’s smarter, bolder, and more intuitive, having learned from those who made their way into her life. All That Remains proves that she can be trusted to be in charge of her own destiny – and her own game.

This episode explores what Clementine’s been up to since we last saw her, and where her journey has taken her. She runs into familiar faces and gripping new ones (like another child who is still naive to the horrors of the world), bringing new revelations and dilemmas to the table. They’re multidimensional characters, providing intriguing new plot threads. You may hate some characters at first, but learning more about their backstory gives insight into their initial behavior. Still, some of the cast members are too reminiscent of last season’s, which hinders an opening episode to a new season where players are looking for something fresh. I referred to one character as “Kenny Jr.” thanks to a hothead demeanor and a similar trucker hat. Not all of the cast members are recycled archetypes – like the pregnant woman who is cruel to Clem – but I couldn’t escape the parallels.

The action plays out similarly to what we’ve seen previously, as Clementine fends off zombies and other survivors, scavenges for food, sutures wounds, and tries to talk sense into adults who are clearly losing their minds. Telltale achieves this without making Clementine look like a super-powered little girl, and every experience feels realistic and authentic. Adults won’t just take her word for things, and she often proves her usefulness rather than batting her eyelashes to appeal to their emotions (although, sometimes that does help).

Since you can play Clementine however you wish, the dialogue options are even more engaging than last season, as you determine the type of person she’s growing up to be. Sometimes I made her sassy, other times I tried a kind approach, but no matter my response, characters always reacted reasonably and realistically to her age.

Telltale improved on its action sequences, taking a cue from the fluid action of The Wolf Among Us. As Clementine, brute force isn’t usually successful. Instead, she dodges out of the way with a flick of the stick, and the constant need to escape creates great tension. Throw in a few kicks and press a button repeatedly as you fight to break free, and these fights make you feel right in the moment. Once again, Telltale refuses to pull any punches; the violence isn’t softened just because Clementine is a child. I cringed more times than I was expecting during this ­episode due to some of the brutality, but that’s exactly what an episode of The Walking Dead should make you do.

Those expecting to see a huge impact from their choices last season won’t find much in the first episode to fulfill that desire. This is disappointing, but Telltale provides more than enough nods to the past, and gives enough reasoning for the present that it doesn’t sting too hard.

All That Remains delivers by providing answers to lingering questions from season one and setting up new obstacles for Clementine to face. My biggest reservation is that it features many similarities to the first season; I have to wonder how many zombie fights and new camps of people I can find before they all blend together. While many portions evoked déjà vu, seeing events from Clementine’s perspective keeps the narrative exciting. As long as the scenarios stay unique and unpredictable, this season has the potential to be more intense than the last. Time will tell how Tellale approaches a coming-of-age story in a zombie apocalypse, but if they continue not to hold back, Clementine is bound to be more than just a little girl in a hellish world.

The Edge
The PC version rules the roost, especially in terms of graphics and loading times. Longer load times occur before action sequences in the PS3 and 360 versions, though the PS3 had some additional minor stuttering. On the other hand, the Xbox 360 looks less crisp and has inferior lighting.
8.5
About Game Informer's review system
Concept
Assume the role of last season’s darling Clementine and try to survive the zombie apocalypse
Graphics
Little has changed, but well-placed camera angles deliver the action and emotions better
Sound
Suspenseful music plays at the right times along with sound effects that heighten the tension
Playability
Controls mimic the first season, but they are smoother in the fast-paced action sequences with better cues for your next move
Entertainment
Clementine is captivating, and The Walking Dead’s hellish world still presents tough choices that must be made to persevere
Replay
Moderate 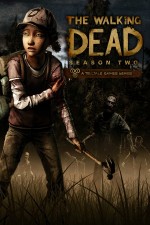 The Walking Dead: Season Two – Episode 1: All That Remains