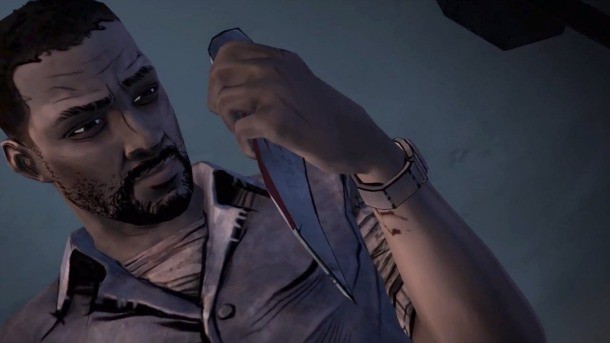 Endings are notoriously hard to write. People want stories with closure – they want a satisfying ending that feels logical and meaningful. Unfortunately, life isn’t full of logical conclusions. How do you remain true to life while trying to tie everything up in a neat bow? Impressively, Telltale Games has managed to wrap The Walking Dead up like a Christmas present while retaining its authenticity. And it’s The Walking Dead’s shades of realism that makes the experience all the more eerie.

Do Your Choices Matter?

This series was built on the concept that your choices matter, but at the end of the day it seems that it might not actually live up to those promises. In some instances, the different choices inevitably lead to the same outcome. In others, a logical choice is hidden because Telltale is trying to write around those consequences. You might end up with different people upset with you depending on who you side with in any given argument, but certain characters are destined to die no matter how you act. Instead of having a variety of outcomes based on all your choices, you’re always funneled back to the same major plot points and final confrontation.

Rather than shape the story, the choices you make really only add texture to it, but that’s probably for the best as it's likely impossible to control a narrative if you give gamers free will. Telltale has given us the illusion that choices matter as a means to tell a richer story. That illusion isn’t strong enough to hide game design decisions, but they are justifiable.

In previous episodes of the series we watched Lee, Clementine, and their band of fellow adventurers survive the initial onslaught of the zombie apocalypse, hunt for shelter and food, and ultimately head for the coast in search of a boat that would let them float across the safety of an open ocean. Along the way, players were forced into several morally compromising choices. At the end of Episode Four, Clementine disappears and Lee is left to hunt her down. An ominous air hangs over the party, and it's clear that this group will never be the same again.

I felt like Episode Four was a weak point for the series, adding a few characters who didn’t contribute much to the overall story. Thankfully, No Time Left comes back strong as one of the best. The characters feel more authentic than ever, and they have several genuine moments of reflection where they fight and bond with one another. Lee's actions throughout the episode also solidify him as one of the strongest heroes of the year. If you’ve been following this series from the beginning, this entry is almost guaranteed to pull at your heartstrings, and its ending will hang with you for weeks.

The series has never had particularly strong puzzles – a fact Telltale must have realized, because puzzle mechanics have been largely abandoned here. No Time Left is more like an experiment in interactive fiction; you have a few conversations, use a ladder to climb up to the top of a bell tower, smash open a window with a bat, and lop off a bunch zombies’ heads before watching the credits roll. It’s probably the shortest entry of the series. However, I’m glad that Telltale trimmed out the elements that weren’t working so it could focus on telling a compelling story.

Telltale’s episodic love letter to zombies remains one of the most memorable gaming experiences of the year. Telltale has already announced it is working on Season Two, and No Time Left beautifully wraps up the story of these last several episodes while teasing things to come. No Time Left isn’t a “happily ever after” affair, but it feels like a dark and stormy intro to another exciting chapter. 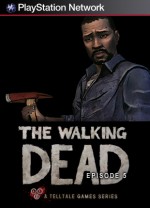 Telltale Games wraps The Walking Dead up like a Christmas present while retaining its authenticity.

Purchase More Info
8.5
i
Game Informer's Review System
Concept A bare-bones adventure game that tells a compelling story set in the universe of Image’s The Walking Dead comic
Graphics This series graphics are far from highly detailed but they do evoke the look and feel of a comic
Sound Much of the voice cast has improved since the early episodes, and this episode even uses music to full effect a few times
Playability No Time Left features little to no puzzle gameplay. It’s really a straightforward, choice-heavy narrative
Entertainment The game feels like one long cutscene, but a few interactive moments prevent you from dropping your controller
Replay moderate