The Walking Dead: A New Frontier – Thicker Than Water Review After a middling third episode, Telltale is back to keeping you on the edge of your seat with Thicker than Water. This episode captures the emotional intensity that makes The Walking Dead what it is, right down to each nail-biting choice that makes you second-guess everything. If you thought the series had lost some of its magic, Thicker than Water turns things around with strong relationship building alongside the hardest decisions of the season. This installment puts more difficult choices in your hands and drives home how sometimes you have no good options – you just have to hope you can deal with the outcome.

Thicker than Water still focuses on the same core themes of family, growing up, and survival, and takes all of those in interesting directions. Javier and his brother David continue to have a complicated relationship, but every episode expands on why. Gabe deals with typical teenage struggles as he desperately fights for his independence and to prove himself, while Clementine is still reeling from her losses. Everyone has their own baggage and flaws, and the zombie apocalypse draws these out for some tense altercations.

Your main focus is dealing with an abusive leader who does everything in her power to bring your group down, even if it means blackmail or outright murder. This antagonist gets under my skin more than previous ones, so I have to give Telltale credit for that. We're used to seeing some messed up stuff in The Walking Dead, but this episode really takes the cake. Nothing is dialed back –  it's gruesome and cruel. This factors right into your decisions, from choosing between characters' lives to ultimately determining if you support suicide in certain circumstances. Thankfully, this episode has some levity, so it's not all doom and gloom; you see young love bloom between Clementine and Gabe, and get to make a decision about your own romantic future. It even has a few callbacks to earlier seasons that I enjoyed.

The best part of this chapter is seeing how your relationships have grown since the start of the series. The season has been rocky at times, but this episode shows you the bigger payoff from the companionships you've formed. I like that as Javier, you can help mold Gabe into the man he's going to be. Gabe is a frustrating character, but Telltale does a fantastic job at writing a bitter teenager dealing with the horrors of the apocalypse. His crush on Clementine is fun to watch in all its awkward glory. I also like that sometimes the episodes shift to Clementine's point and view and allows you to roleplay as her, determining her relationship with certain characters. My big gripe is some interactions feel forced, such as when Clementine reveals to Javier she just got her period. I didn't feel like it added anything; we already got the message that Clementine has grown up, and this is not something young girls just bring up to the first man they see.

The action is toned down a bit this episode; you give pep talks and make choices more than anything else. A few sequences have you sneaking around, hitting a few zombies, and hotwiring a car, but they're not memorable. I was more hooked on the narrative and seeing what happens next.

The ending sequence of Thicker than Water is the tensest I've felt playing the series in a while. It provides the most shocking outcomes and a hell of a getaway sequence. I was so invested that I immediately replayed the episode just to see the variations on some of the choices. I was pleased to discover that different characters show up in certain scenes, relationships can be in different places, and your decisions fold into the plot in varying ways. You still end up in a similar place, but this is a step in the right direction from previous chapters.

Thicker than Water is the best episode this season. It offers a great blend between relationship building and intense reveals. I hesitated before making my big decisions and was blindsided by what followed. I'm more excited than ever to see how it all shakes out. I'm guessing the death and devastation are far from over. 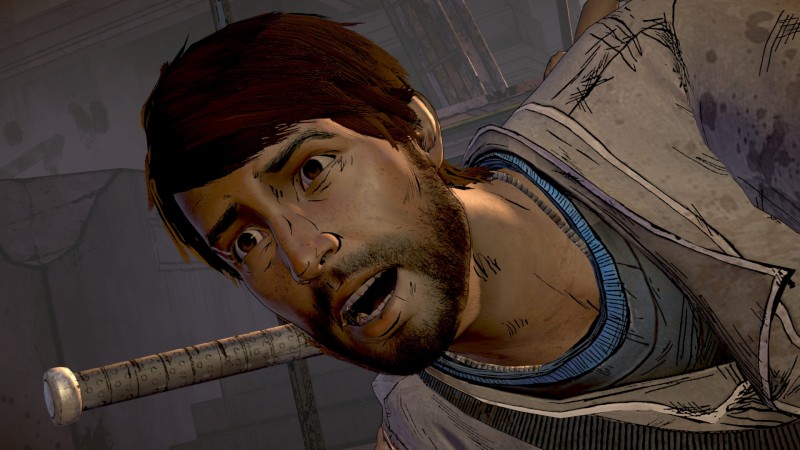 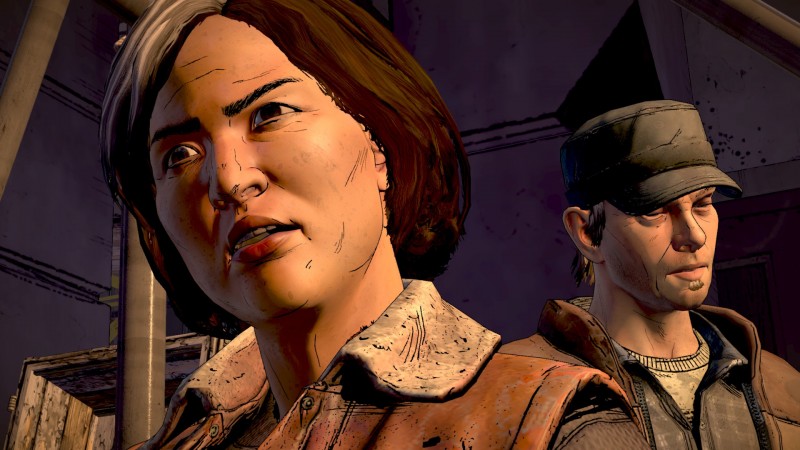 8.5
About Game Informer's review system
Concept
Save your alliance by overcoming a power-crazed leader
Graphics
Visuals are what you’ve come to expect from Telltale, including the occasional hiccup
Sound
Outside of a few awkward deliveries, the voice acting gets the job done
Playability
The controls remain easy-to-grasp, with simple button presses to execute every action and decision
Entertainment
Thicker Than Water has tough choices, great relationship building, and shocking twists. It’s the best episode this season
Replay
Moderate

The Walking Dead: A New Frontier – Thicker Than Water