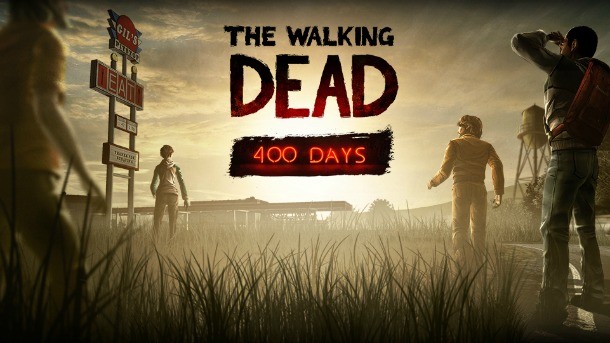 Striking and intense moments make up the bulk of 400 Days' appeal. With this special episode's brief glimpses into five different lives, it's not a strong attachment like Clementine's that keeps the emotional investment. Instead, it's the plight of the situation and the choices that say something about humanity and what people will do to survive.

At one point, I felt transported to the actual conundrum: Should I kill and betray my conscience, or run and risk my safety? As the two choices lingered on the screen, my emotions roiled inside me. The heart-pumping decision had no right or wrong answer, as both were unappealing, but it mattered so much that I paused and stared at each choice for a minute. The doubt that surmounts in these moments are when 400 Days is at its best, and thankfully, it has enough of them to keep these small slices of story afloat. Expect plenty of grim situations and don't anticipate walking away happy or feeling secure - that's exactly the way a zombie apocalypse should feel.

While Telltale Games preps the second season of last year's breakout story, the bridging DLC 400 Days caters to fans by connecting to season one while alluding to what's in store for the next season. But with five new characters and around 20 minutes for their introductory episodes, it's tough getting to know them. That's part of the beauty. All that's revealed are glimpses, yet the writers still provide a strong sense of these characters. Off the bat, it's clear that Shel would do anything for her younger sister and that there's more to Vince's story than being a murderer. No matter how many shades of gray are evident in each main character, they all remain likeable and keep you intrigued.

Although the stories are small offerings, they still have depth. One explores how a young girl is hardened by the cruelty of the apocalypse; another has you going up against a man losing his sanity. Interesting enough, the side characters are the main attraction, which is important when you're playing as the lead character. Dialogue remains natural and witty, and inserts some humor for levity. That said, some of the five stories, like Shel's, hit the emotional chord harder than others. For instance, in Wyatt's story, the "big choice" lacks impact; his arc is entirely forgettable. One theme remains the same, however: somberness. Most of the final choices echo through you long after the encounter finishes.

Telltale's 400 Days isn't afraid to go to dark places and plays around with deteriorating mental states along the timeline. Not everything always works, though; racial tension is thrown into the apocalypse, but it feels tacked on. For such brief episodes, it never finds it place or works for the plot as it should. Still, the bleak atmosphere delivers in most cases. In one scenario, the fog carries an eeriness; in another, characters use walkers as their watch dogs. Isolation and oppressive gloom and doom permeate the world effectively.

Gameplay once again is a very minor portion of The Walking Dead, which isn't a bad thing. The effort to create suitable tension is noble; you dodge gunfire, shoot at a moving car, and pull a weapon from the ground with only seconds before you're found. The speed at which you have to perform these actions is what makes them function well, not the actual execution or action, which always feels second-rate compared to the plot.

The dialogue choices and decisions are the highlight, but it's impossible to escape feeling forced into some choices that bridge to gameplay. For instance, in one scene, something sneaked up on my character. I hesitated at striking because I wanted to make sure it wasn't somebody I knew; I quickly found the "Game Over" screen. In my next attempt, I struck, and my previous observation was correct. Instead of being rewarded for correctly anticipating a circumstance, I was instead forced to play the situation in a way I normally wouldn't have.

The only other shortcoming is the abrupt endings to the stories. Leaving you hanging is The Walking Dead's forte, but it feels unnatural in 400 Days. At the end of the episode, it tries too hard to wrap up some lingering questions quickly, and it feels like you're being read a laundry list. These conclusions are just as sad as some of the outcomes in the stories, and seeing this expanded on screen would reinforce the devastating consequences. As rushed as the ultimate ending feels, it does get you thinking about The Walking Dead's next move with season two.

Ultimately, 400 Days is worth playing for invested fans. Telltale has clearly learned the game works best when it presents you with unattractive choices that pull at your humanity. Some of these stories had me in frenzied thought, while others left me underwhelmed, but either way, 400 Days feels like a preparation for what's to come. As this DLC ups the shock factor, it makes it clear when season two rolls around that Telltale has no boundaries, and you should prepare your emotions accordingly. 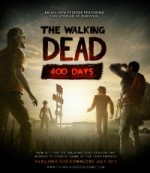 Striking and intense moments make up the bulk of 400 Days' appeal.

Purchase More Info
8
i
Game Informer's Review System
Concept Bridge season one and two of The Walking Dead with five new characters
Graphics Graphics look comparable to season one, with expressive characters reacting to the situation at hand
Sound Voice acting fits characters to a tee, but some spoken lines don’t feel natural. The music also matches the intensity of what’s on screen
Playability The point-and-click controls are easy to grasp, but aiming with a controller can be tricky during the sparse action segments
Entertainment The top-notch writing is back with intriguing characters, lingering cliffhangers, and unpredictable moments
Replay Moderate