Brawler fans are really getting spoiled these days. Teenage Mutant Ninja Turtles, X-Men, Final Fight, Guardian Heroes, and more have all been released in the past several years. Every time a news story announcing one of these classic rereleases appeared online, you wouldn’t have to go far down in the comments section before reading, “Now we just need The Simpsons.” Now that the time has finally come, was it worth the wait?

The original Simpsons arcade game released back in 1991, shortly after the show’s 1989 debut. This means you won’t see a whole lot of references outside of the first season (think Blinky the three-eyed fish and Bleeding Gums Murphy). Most of the characters you know only make cameos in the background and you mostly beat up generic goons in suits. Even the bosses are all completely made up outside of the final clash with Smithers and Mr. Burns.

The fighting system is simple; most of the time you just mash the hell out of the attack button. Strangely, when you hit jump and attack it still does a unique move, but it’s not the typical crowd clearing spin that drains a little health. Characters can pick up melee weapons like mallets or throw things like ninja stars or family dog Santa’s Little Helper. The most innovative concept is the team-up attacks, which are unique to each combination of two family members. Sure, Homer putting Bart on his shoulders for an extra tall double attack works the same as when he does it with Lisa, but they’re all relatively powerful as long as you remember to use them. The thing that struck me while playing through The Simpsons again after all this time was its willingness to throw unique one-off enemies and environments at you frequently. Most brawlers palette swap foes ad nauseam, but Konami unleashed firemen, killer saxes, and deranged loggers for isolated, fun appearances. Of course, you still beat up hundreds of blue-suited pencil necks and fat guys in pink shirts, but the special enemies and constantly changing environments breaks the monotony.

I definitely recommend blasting through the game with three friends at least once to relive the original arcade magic. Couch play is the best option to recapture the arcade feeling, but online multiplayer is a welcome addition when that’s not an option.

To keep coming back after this initial playthrough, however, you’ve got to have intriguing unlockable extras or new features to shoot for. The Simpsons features the Japanese version of the game, which includes a screen-clearing nuke and the ability to load up on bonus health past the standard limits. While cool, it’s basically the same as the U.S. edition. I enjoyed reading the brief development timeline, but there’s no way I could find to zoom in on the included arcade flyers to a legible degree. Konami should have thought to have the Japanese materials translated as well. As a comparison, Final Fight Double Impact included tons of screen display filters (this only has two), original development sketches and art, and tempting unlocks that required players to complete many varied in-game challenges.

I don’t regret my time with The Simpsons one bit and would have downloaded the game whether I was reviewing it or not. I’m sure plenty of brawler fans are in the same boat and won’t be swayed one way or the other by reviews. However, if you’ve never heard of this game before now, it probably won’t have the same sprinkling of magic dust as it does for longtime fans. 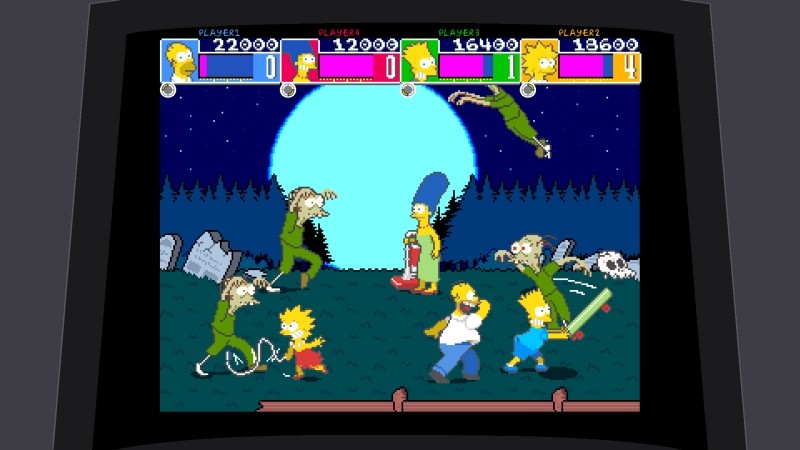 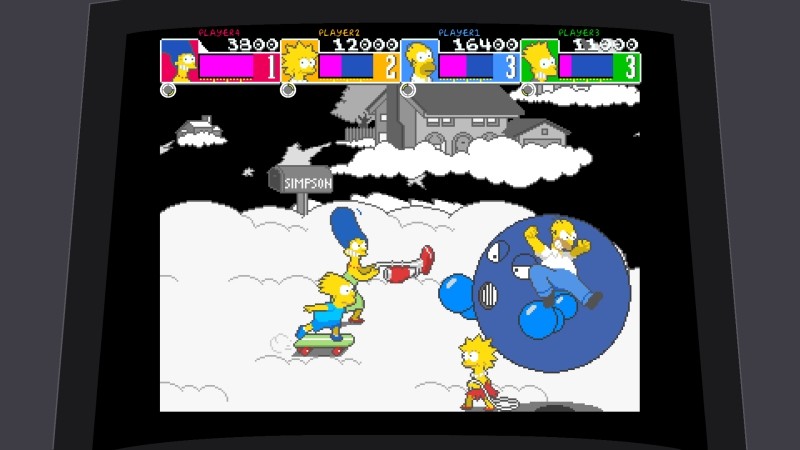 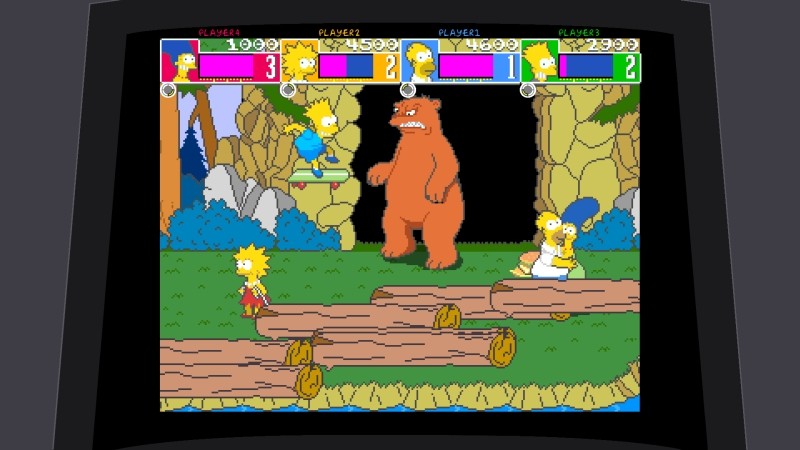 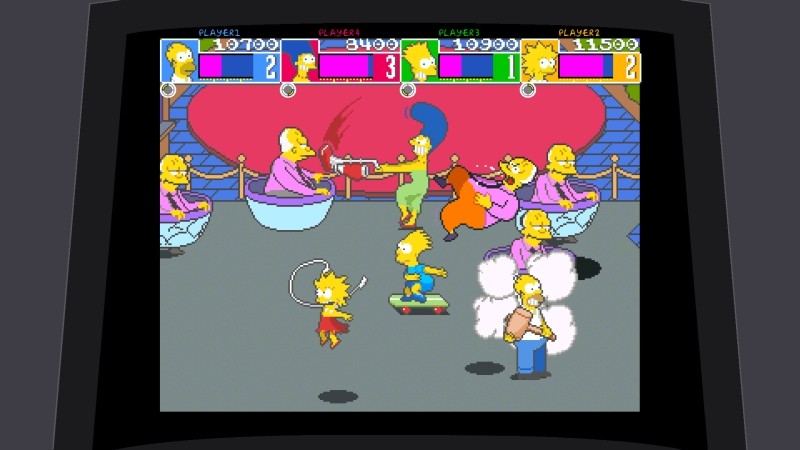 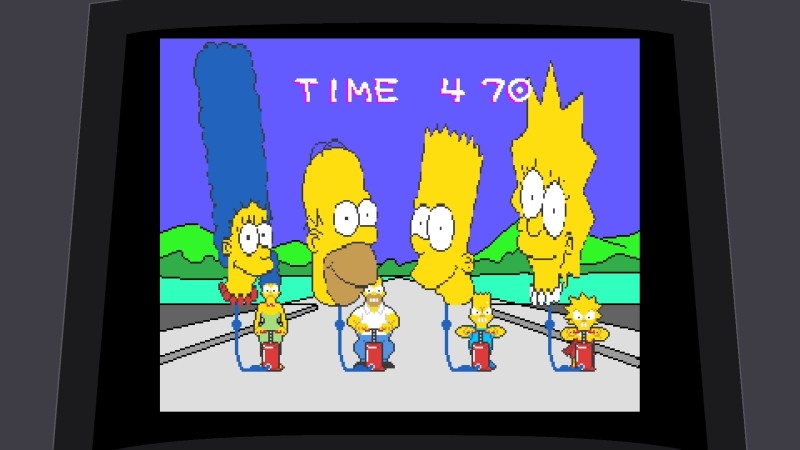 7.5
About Game Informer's review system
Concept
With licensing issues cleared up, we can replay one of the arcade era’s most treasured beat ‘em ups
Graphics
The cartoony style still looks great, but more visual filter options would be welcome
Sound
The core family members are voiced by the TV voice cast, but Smithers and Mr. Burns sound really off
Playability
Attack and jump buttons are all you have to worry about
Entertainment
It’s a fun stroll down memory lane, but the lack of features means there’s not much to keep you coming back
Replay
Moderately Low