The Sexy Brutale is a stately English mansion that has been converted into a casino for the richest and most eccentric personalities in the world. If you’re lucky, you can walk away from your visit with newfound riches and tales of daring. If you’re unlucky, The Sexy Brutale’s staff murders you. Unfortunately for most guests, the house usually wins.

Players jump behind the collar of an elderly priest named Lafcadio Boone. Lafcadio is stuck in a time loop and must relive the same day over and over again, forever watching the guests of The Sexy Brutale die in horrible and surprising ways. Every character has a set pattern for the day, and you follow them through their routines, eventually discovering how they meet their grisly demises – all while hiding from The Sexy Brutale’s staff, who kill you on sight.

Tequila Works’ attention to detail in this intricate Swiss watch is truly mindboggling. I loved peering through keyholes and out of wardrobes, watching people go about their daily business as I learned their quirks. As you slowly piece together characters’ routines, you eventually discover a way to subvert the time loop and prevent their deaths. Discovering each guest’s secret takes a bit of patience, but I felt like a world-class spy after uncovering them. In one instance, I kept losing a guest as I trailed her through the mansion, so I camped out in a certain spot for most of the day, and eventually watched her emerge from a hidden passageway. This passageway, in turn, led me to some vital information that helped me save the elusive woman.

Preventing a character’s death usually involves a series of adventure-game antics, such as using a record player to lure a minion into a closet and then locking the door behind them. Thankfully, these puzzle solutions are rarely obtuse, and they often ask you to pull the strings from the shadows in some empowering ways. I prevented one murder by turning a rifle into a nonlethal weapon, while another puzzle had me reworking the power in the mansion in order to stop an escape artist’s stage show before it was his final curtain call.

After rescuing each character, you are rewarded with a supernatural mask that opens new pathways through the maze-like mansion. One mask grants supernatural hearing, so you can overhear crew members mumble critical information. Another lets you talk with ghosts who know things about the mansion’s guests. Each new mask made me feel more powerful, and made it easier to navigate The Sexy Brutale’s twisted hallways.

While The Sexy Brutale’s masks act as permanent upgrades, some tools are fleeting. Every time you rewind time and start the day over, you lose any items you’ve collected up to that point, which means that you have to go back through the mansion and re-collect any items you need to solve certain puzzle, which is a hassle.

A bigger flaw to the repetitive cycle is the fact that the puzzles must be completed in one go, but they aren’t always the simple “get one item and use it someplace” solutions typically seen in adventure games. The Sexy Brutale is a mansion full of carefully orchestrated routines, which means that most of the puzzles force you to wait until certain characters have entered specific rooms or interacted with special objects. You rarely uncover the solution to a puzzle in a single day, which means that you frequently need to repeat the same steps and watch the same routines play out several times over before finally solving a puzzle. After repeat views, even events that were initially charming become dull and aggravating.

You can fast forward to certain points in the day, but it isn’t precise enough to alleviate the problem. You often must fetch an object in the house early in the day and then deliver it to a certain room later, and then you have to wait for a character to enter that room or interact with that object before progressing. Most of the solutions require you to spend a lot of time hiding in wardrobes watching the seconds tick by while you wait for characters to go about their business.

The Sexy Brutale’s repetitive nature bogs down what is otherwise a clever title. Tequila Works’ cast of characters are lovably eccentric and its puzzles are consistently rewarding. Unfortunately, The Sexy Brutale confirms one of the overlooked flaws of time travel: reliving the same day repeatedly can be tedious. 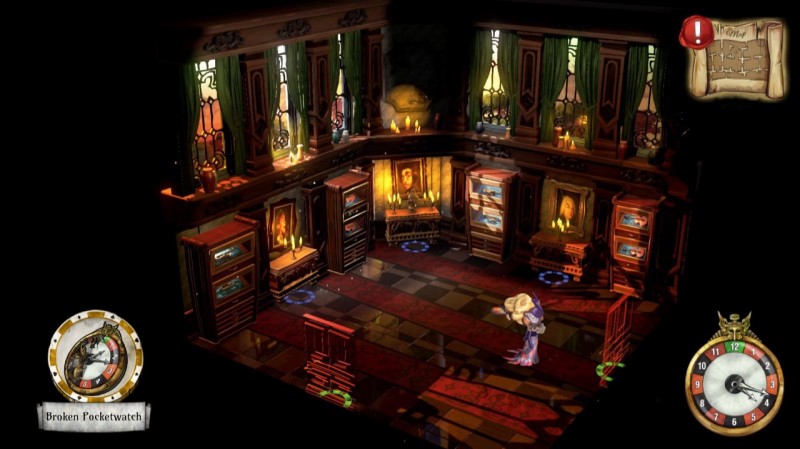 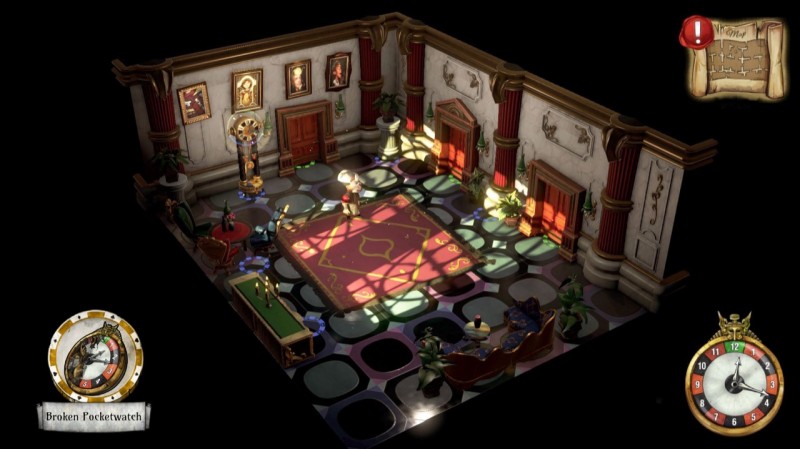 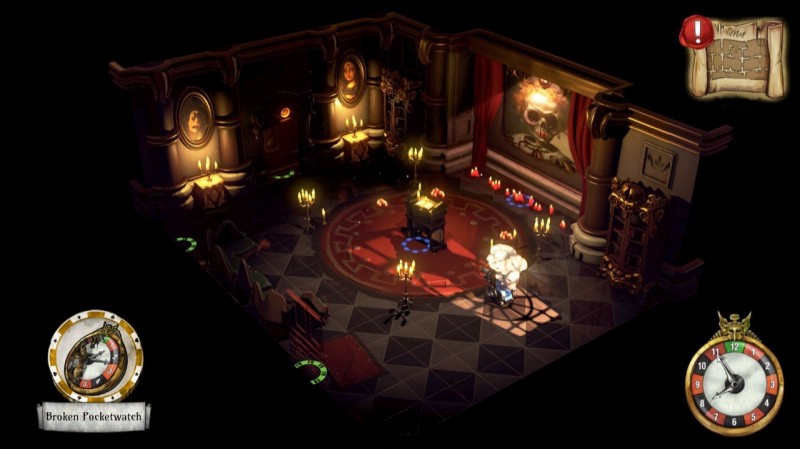 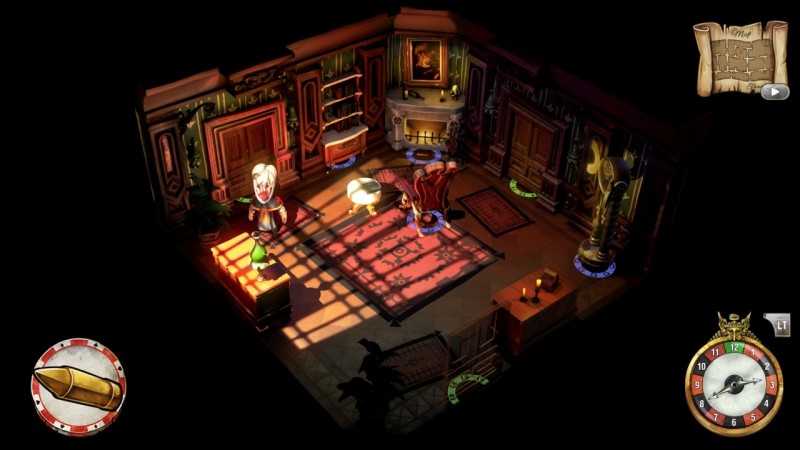 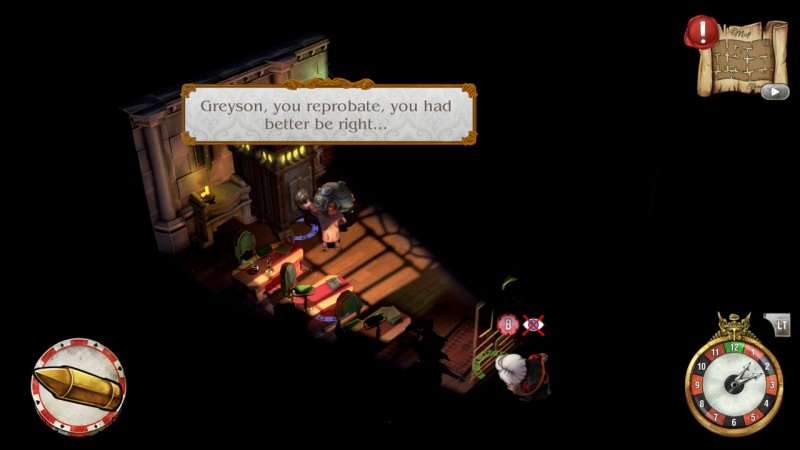 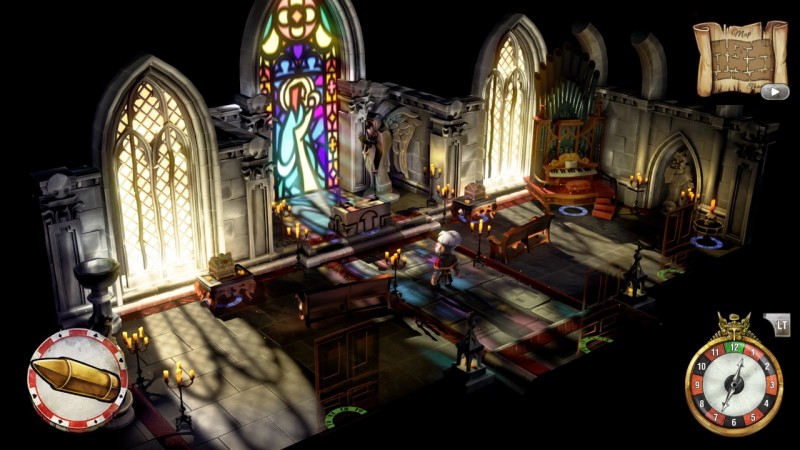 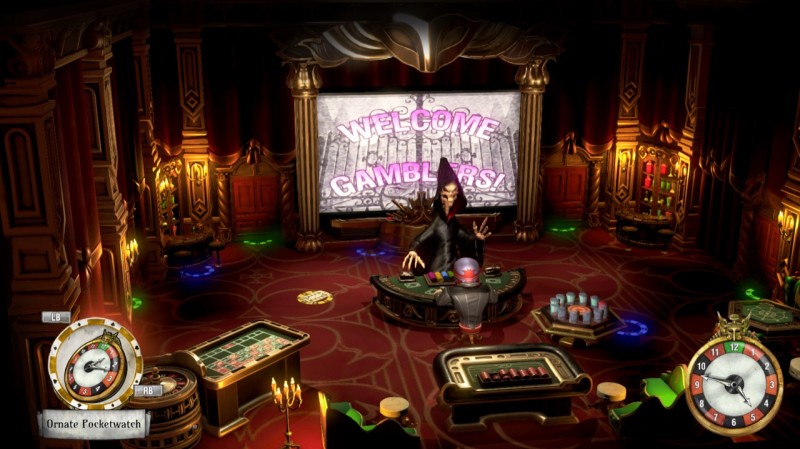 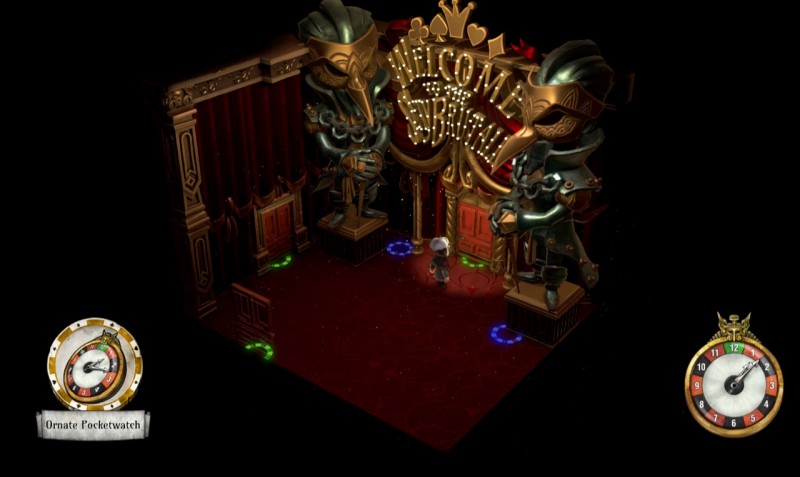 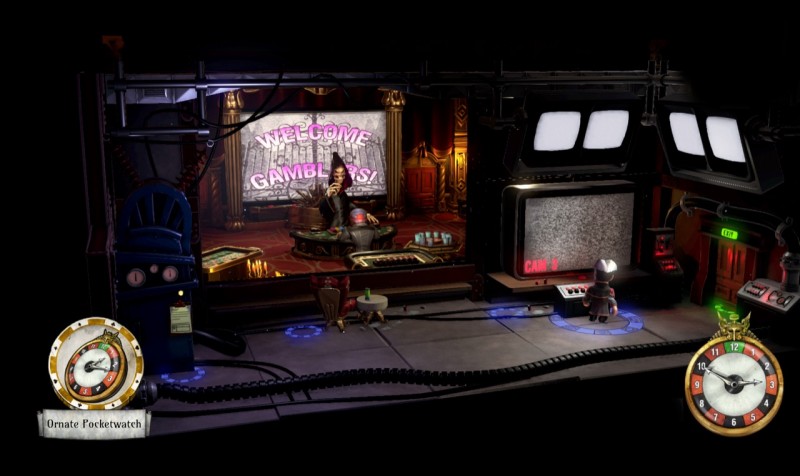 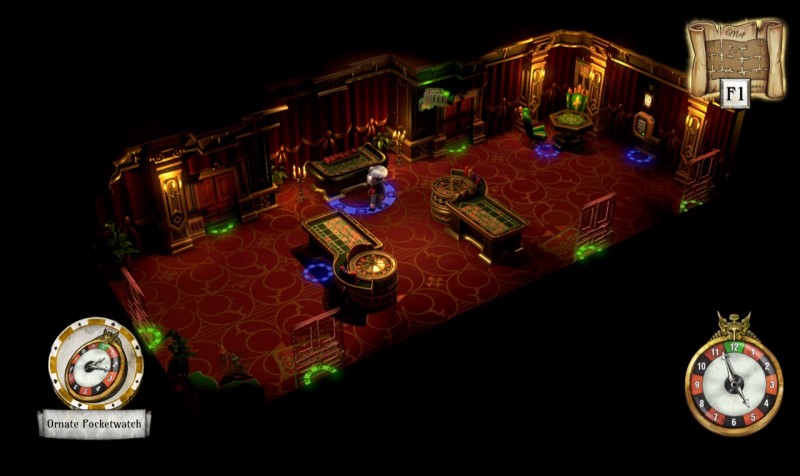 7.75
About Game Informer's review system
Concept
Relive a single day over and over again, slowing gaining new clues about why everyone in a macabre casino keeps dying
Graphics
Fun, exaggerated art makes the characters stand out, but the environments feel drab
Sound
The main theme is catchy but sounds a bit like grating carnival music. Voice acting would have also helped develop the personalities of the main cast
Playability
Your main character’s default speed is slow, but you’re never in a hurry because you spend so much time waiting for the day cycle to advance
Entertainment
Some of the puzzles are laborious to complete, but the rewards are usually worth the effort
Replay
Moderate