Can you imagine a world where no one can experience negative feelings? Would it help humanity flourish, or would it brainwash us to be mindless robots? The Red Strings Club attempts to answer these questions by delivering an engrossing, philosophical adventure game about the importance of human emotion.

Taking place in a dystopian future, The Red Strings Club has you control three different characters: a bartender who works as an information broker on the side, a freelance hacker, and an empathetic android. You work as a team to unravel a corporate conspiracy that involves a company giant aiming to forcefully erase negative emotions for all. It makes for a fascinating storyline about what makes us human, and raises questions about what true happiness is.

Gameplay mostly involves chatting with other characters and manipulating them in the form of minigames. Each playable character comes with a unique minigame, including sculpting genetic implants, impersonating people on the phone with a voice modulator, and mixing drinks that magically accentuate the drinker’s specific emotions.

One of the best minigames is psychological bartending. A small, jazz-themed bar called The Red Strings Club is where the majority of the game takes place. Here, you attend to the needs of corporate moguls or bizarre individuals coming for a drink. Your goal is to squeeze information out of business people to take down a big corporation. This is absolutely captivating; fiddly controls may cause more spilled drinks than desired, but this minigame is nonetheless enthralling as it requires strategy and keen attention to detail. Each drink brings out different traits such as fear, vanity, and lust.

Choosing which questions to ask a patron and when is a must after narrowing down which trait to exploit. For example, giving a brilliant inventor a vodka drink with a touch of vanity could make him divulge information about his controversial project. Whenever I successfully made a customer spill the beans, I felt like a mastermind.

These conversations make for some of my favorite moments. I enjoyed debating with a corporate executive about the meaning of happiness, and listening to a maniacal (and underage) customer talk about his many cheap thrills. Even the designated villains have their own motives, strengths, and weaknesses. They want to make the world a better place just as the protagonists do, but with different means. This engaged me into the storyline on a deeper level. Knowing that even my enemies had logic, rather than some deranged ploy to take over the world, made their actions seem more calculated and reasonable.

Although each minigame is unique in concept, their controls range from functional to frustrating. For example, sculpting implants resembles futuristic pottery, where you choose different cursors to mold the edges of the implant into the correct shape. To interact with the buttons on the lathe, you have to awkwardly move a sensitive cursor up rather than simply pressing the buttons. I often ended up interacting with the wrong function, which was aggravating.

Despite these frustrations, parts of this section are still engaging. Working in an implant upgrade lab, you must choose the right implants to correspond to clients’ wishes. These requests range from a cosplayer hoping to increase their online follower count to an executive wanting an edge to help close a big business deal. Each implant has a desirable effect, including higher confidence or increased sex appeal.

This flexibility creates several entertaining outcomes that are either darkly humorous or empowering. For example, an upgrade that nullifies the effects of implants could end up having unforeseen consequences when inserted into an anxiety-ridden employee. If your implant choice fails completely, the client returns, and their file shows what went wrong. Seeing how my choices played out felt like I helped them find peace with their problems.

The third minigame involves tricking corporate executives into handing you information over the phone by disguising your voice with a modulator. Playing as a deceiving trickster is a lot of fun, and seeing how different characters react to your impersonations makes it all that more engaging. By calling the right person while using the correct voice, you progressively find a breadcrumb trail of clues that lead you to solving the thrilling mystery.

Despite some poor controls for minigames, The Red Strings Club conceptually flourishes, with fascinating subject matter, well-written characters, and unique approaches to gameplay. I enjoyed feeling like a puppeteer as I made others do my bidding by exploiting their emotions or deceiving them through phone calls. However, these actions begged a bigger question: Was I just as bad as the mega corporation? Was I playing god? The Red Strings Club had me pondering these moral questions for days. 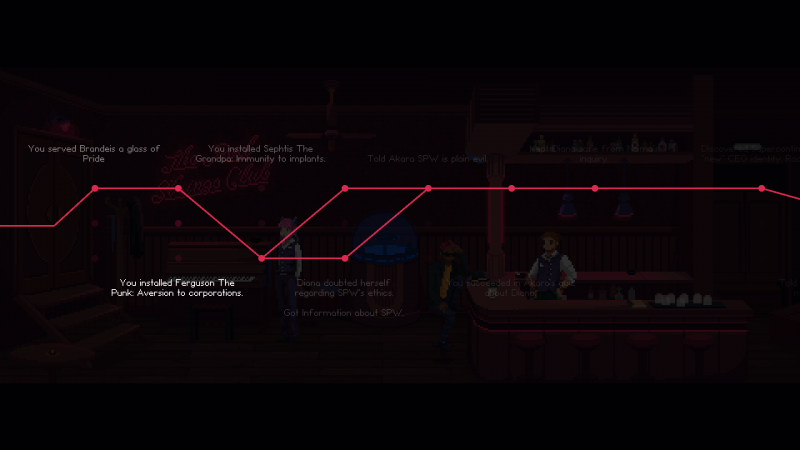 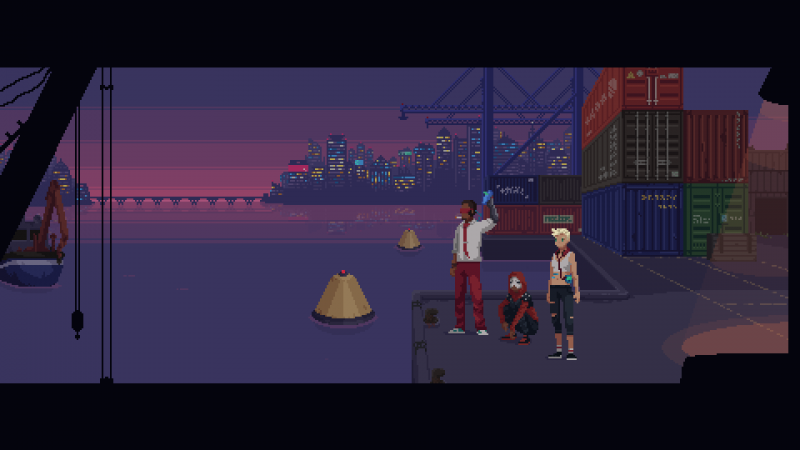 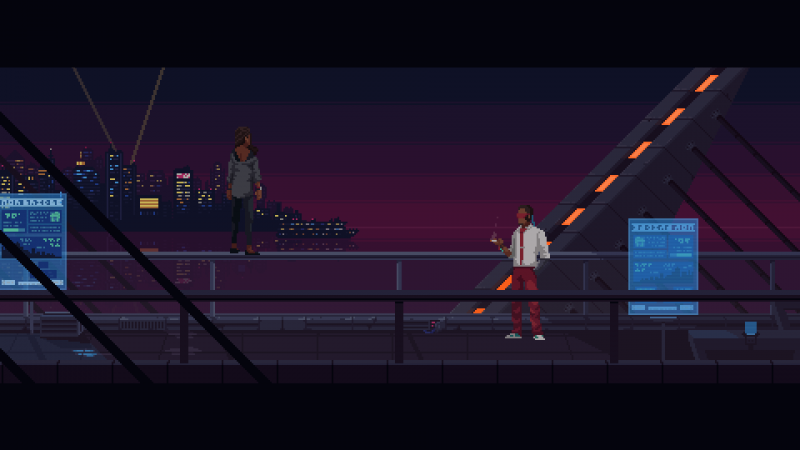 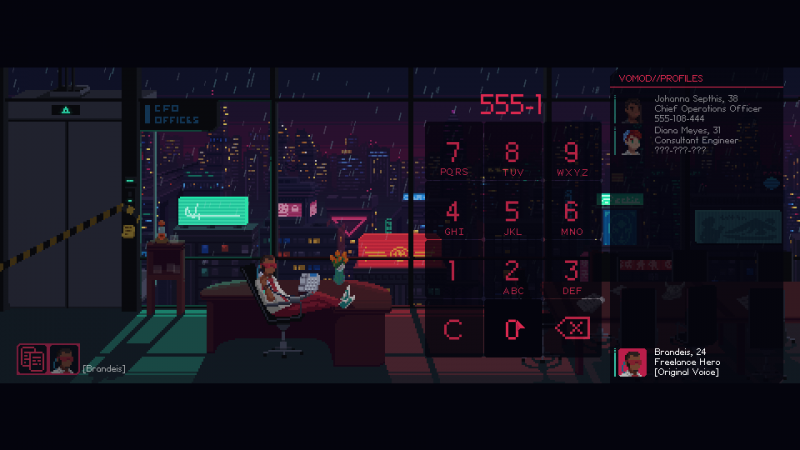 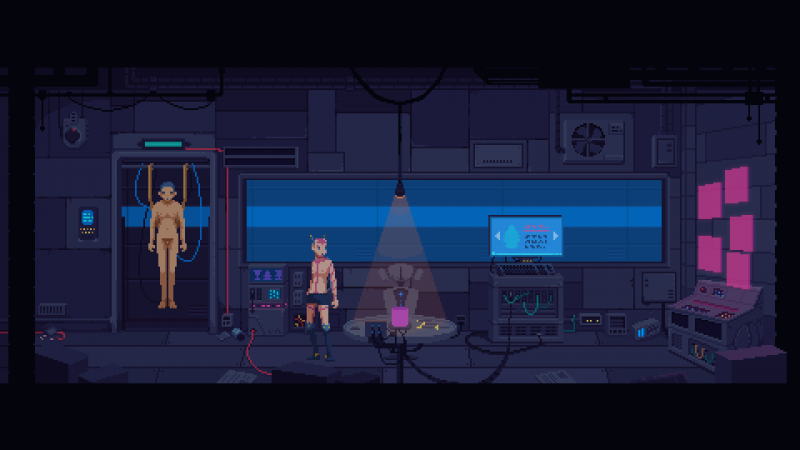 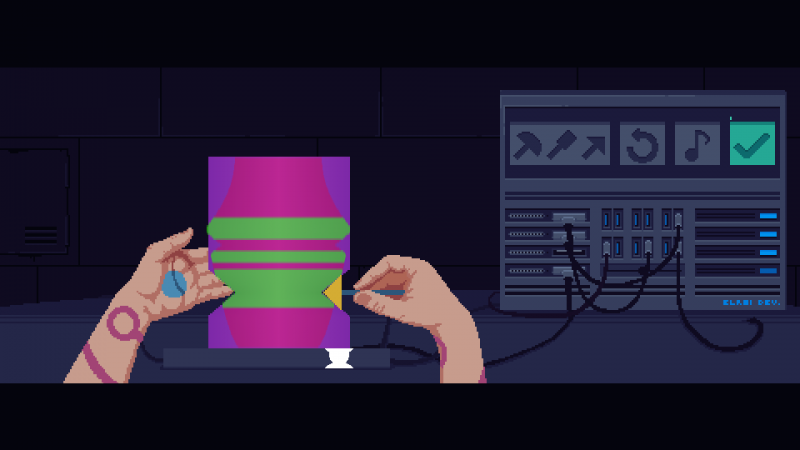 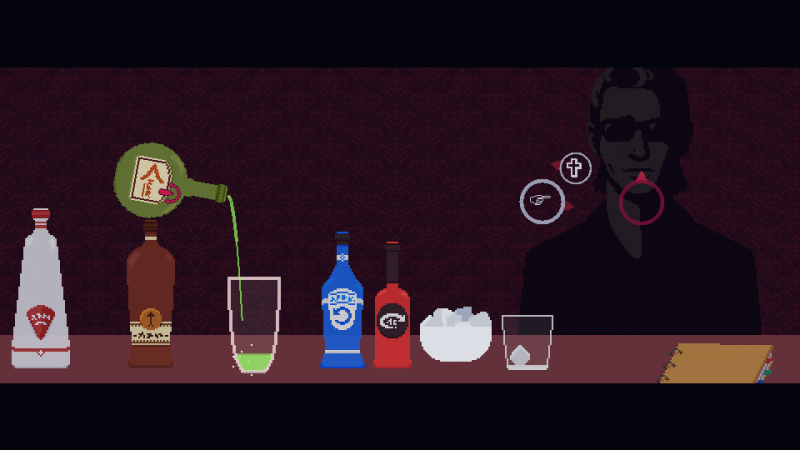 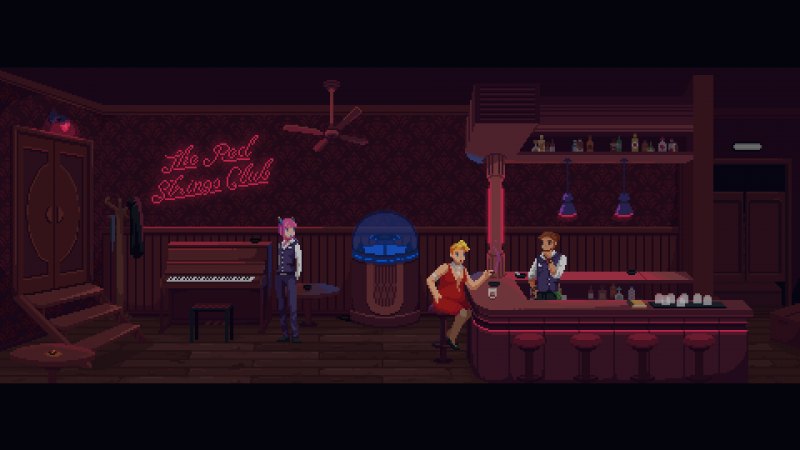 8
About Game Informer's review system
Concept
Play as three different characters as you unravel a corporate conspiracy in a far-flung future
Graphics
The Red Strings Club’s pleasing aesthetic is simultaneously both futuristic and retro, with bright neon-colored, pixelated environments
Sound
With much of your time spent in a jazzy bar, the mellow music suits the game’s setting well
Playability
Some fiddly controls in the minigames prove frustrating, but the rest of the game plays smoothly
Entertainment
The Red Strings Club’s great cast of characters and philosophical themes about the meaning of happiness provide plenty of thought-provoking entertainment
Replay
Moderate 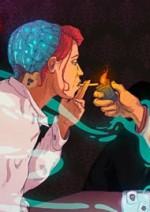