The Kickstarter hopeful The Long Dark showed its first gameplay footage today. The game is very early in development, but the video offers a good sense of what to expect from the game.

Much of user interface is placeholder in the video in an attempt to show how it works, rather than how it will look. The environment, however, is very close to what the final product will look like. In a game about survival, the environment is one of the most important assets.

The Long Dark comes from a small team of developers with experience working in games like Far Cry 3, God of War, League of Legends, Mass Effect, and many others. To learn more about the game, head here. With eight days left in its campaign, The Long Dark has received $116,793 towards its $200,000 goal. 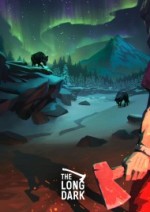