The Lego games are built to be played on as many machines as possible, often straddling numerous generations of hardware. Lego Star Wars: The Force Awakens landed on 14 different platforms, including mobile devices. While some versions of these games look better than others, developer TT Games strives for parity in gameplay and scope, a choice that has obviously kept the evolution of the series in check. Now, four years into this console generation, TT Games has cut the cord to the past, developing Lego Worlds and The Lego Ninjago Movie Video Game exclusively for the new generation of machines. In Lego Ninjago’s case, the added horsepower leads to bigger worlds and a higher level of visual fidelity, but the biggest advancements aren’t tied to the technology; they come from TT Games’ ability to deliver fun and simple concepts based on the ninja theme.

Lego Ninjago also succeeds as a story. This is a coming of age tale for a band of misfits, beginning with a character named Lloyd (the green ninja) who has been shunned by society for being the son of the evil warlord Garmadon. Under the tutelage of Master Wu, Lloyd and five other ninja warriors are the last line of defense against Garmadon and his invading shark army. Their quest takes them across the planet, from war-torn city streets to uncharted jungles, and one by one, they learn more about themselves and are able to become more proficient in their ninja arts, including learning how to wield the power of elements. Following the script of the feature film helps create more dynamic arcs for the core characters in the game. They evolve over time, and the player reaps the reward of their advancements in the form of new powers and abilities. The changing character dynamic keeps the adventure fresh, as the powers are countered by new gameplay and obstacles. In most Lego games, the characters’ moves don’t change, whereas they are continually learning new things here.

The ability gaining also extends beyond the narrative to a new experience system called the Wall of Ninjanuity, which governs the potency of each of the ninjas’ arts. By simply devoting more time to the game, players earn points that can be spent to increase a handful of powers, such as the damage of the Skyward Dragon’s shockwave. Just completing the campaign clocks enough time to unlock everything on the Wall.  By the end of the game, your ninjas are fully powered and capable on wiping the floor with any enemy.

The scope of combat is greatly expanded over other Lego titles, all in an attempt to harness the skill and finesse of ninjas. These additions include air juggles, double-jump slams, and spinning air assaults – all are easy to execute. Using these attacks can lead to combo chains exceeding 100 hits, but you never once need to achieve these kinds of numbers. Some enemies have shields that can only be lowered by executing certain attacks, but most foes can be slashed to death in the traditional Lego button-mashing way. The benefit of executing bigger chains mostly falls to people who are trying to unlock all of the characters and gold bricks. Chains create bigger stud multipliers, which helps achieve these goals faster, as you need to spend studs to unlock new areas and secrets. The expanded move set doesn’t necessarily make each character feel unique, yet goes a long way to amplify the fun of combat, an area where Lego games have recently stagnated. You won’t find much need to whip out your sword in the open worlds, as the focus shifts to a blend of exploration and secret gathering. Fun wall-running and grapple-swinging are used extensively to reach higher areas. TT Games clearly had a great time hiding things in these spaces, as many are well hidden and require a keen eye to locate. While many of the secrets tap into Lego's age-old format of using specific characters for specific actions, the act to getting to these instances is more interesting than I’ve seen in any Lego game. You'll find yourself scanning areas for potential paths, and going through trial and error to try to reach the secrets. All eight of the worlds are nicely designed, and do enough unique stuff to shake up the monotony of running around. As you explore, you run into dojos that are strictly combat-focused, delivering three waves of baddies that conclude in boss fights. The dojos are where combat truly gets stretched out, but also serve the purpose of further breaking up the flow of play. I just wish there were more of them, as they are my favorite part of the game.

The story-based missions succeed in delivering spectacle, but end up being the weakest part of this adventure, given just how enjoyable the open world activities are. Puzzles, pacing, combat, and boss conflicts all come up short in the missions. The side diversions, like flying on the back of a dragon, are the best bits of the narrative levels, and the humor throughout is also fantastic, but I found myself racing through them to get back to the secondary content in the open world.

The entire game supports two-player co-op, yet four players can join together for competitive arena battles. These fights don’t offer much variety in maps or modes, but end up delivering fast-paced insanity and a good bit of mindless fun.

No matter what you are doing in this game, you’re rewarded with a steady stream of playable characters, of which there are over 100. A wide variety in class types makes this pool have meaning. Even characters like a random sushi chef can be used to open up exclusive areas. One of the nicest touches on TT Games’ part is showing each character’s abilities on the character-selection screen. You can also sort by powers to minimize the need of scrolling across the screen.

The Lego Ninjago Movie Video Game ends up being a relatively small step forward for Lego games, but is an excellent use of the Ninjago license, making its high-flying ninjas feel powerful and unique.

8.25
About Game Informer's review system
Concept
The first “classic” Lego game designed exclusively for this generation of hardware. The fun once again is tied mostly to TT Games’ ability to create experiences that speak to the license
Graphics
The city spaces are intricately detailed with towering Lego structures, most of which can be interacted with and scaled. Slowdown occurs in these areas when too many enemies crowd the screen
Sound
Ambient sounds go a long way in fleshing out the experience, such as citizens screaming, airplanes flying overhead, or the peculiar sound of a cat that seems to echo above everything
Playability
Combat offers more moves than any other Lego game, but the expanded arsenal is rarely required to down adversaries. Acrobatic movements are used well for exploratory purposes
Entertainment
Exploration is the heart of the adventure, both in the story and the world players navigate. Finding gold bricks is rewarding, as you feel like you’re uncovering well-kept treasures
Replay
Moderately High 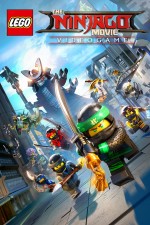