With A Link Between Worlds firmly placed in our rearview mirror and the release of Zelda’s next console adventure currently existing in an ambiguous future, Nintendo decided to return to A Link Between World’s art style and mechanics for a new title to hold fans over. Nintendo pulled this same trick back in 2000 with Majora’s Mask to phenomenal results, and while the intention is admirable here, the outcome isn’t quite as good.

Tri Force Heroes takes place in the world of Hytopia. The princess has been cursed by a witch and is forced to wear a black leotard in lieu of her typical high fashion. A call for heroes is put out to save the princess’ style, and this is where you (and others) step in. The setup is silly, and Tri Force embraces the vibe, poking fun at some of Zelda’s tropes and offering a cast of humorous characters who all understand that in terms of Zelda adventures, this one is pretty low stakes. The tone and matching music are some of the game’s highlights.

You can play through a series of levels in the Drablands by yourself or as part of a group of three (unfortunately, there is no option for two-player outside of a versus mode) to collect items that can be used to craft new outfits with assorted abilities. I liked unlocking new outfits, and each one is a substantial reward, but the frequency of and route to acquiring them is where the game hits a snag.

The levels straddle the line between a typical Zelda dungeon with puzzles and straight-on action to varying degrees. To get the items needed to unlock outfits, you must replay these levels repeatedly, but the dungeons – as much as I admire them – are not particularly fun to replay. When you know the solutions, they become repetitive, and because Zelda’s 2D action has never been the series’ draw, the more action-focused levels tire quickly. It takes a long time to get to the reward at the end of each series of levels, and there is no guarantee you will get the piece you need at the end.

By the time I finished the game, I had only unlocked about a third of the costumes, and their bonuses (like increased attack power or imperviousness to certain obstacles) were too little too late. You can add additional challenges to your replays for different items, but these mostly made me want to revisit levels less.

Tri Force Heroes never hooks into a satisfying loop of playing the same levels over and over for increased reward, but it does do three-player cooperative play very well. Every level takes advantage of the necessity of three players, whether you’re creating the stacked totem of Links to reach high areas, hitting switches in the right order, or working together to dispatch enemies quickly. The built-in communication tools, which are a gallery of images you can call onto the screen for specific interactions, works surprisingly well. Even playing locally, we found ourselves relying on the icons to make it through the levels without issue. Thankfully, playing by yourself also offers a satisfying experience. You lose the speed and job distribution of three players, but you gain total control as you switch between the three Links.

Tri Force Heroes does co-op well, but the repetitive gameplay loop simply isn’t satisfying. The rewards are worthwhile, but the journey gets tiresome before making it to the final boss. Tonally, the game has a great style and welcoming sense of humor, but I found little reason to continue to revisit the Drablands after my initial ventures. 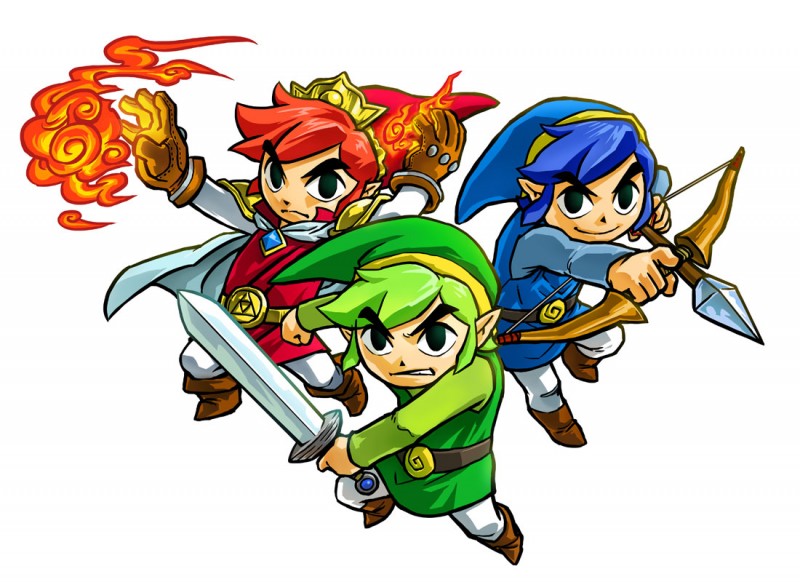 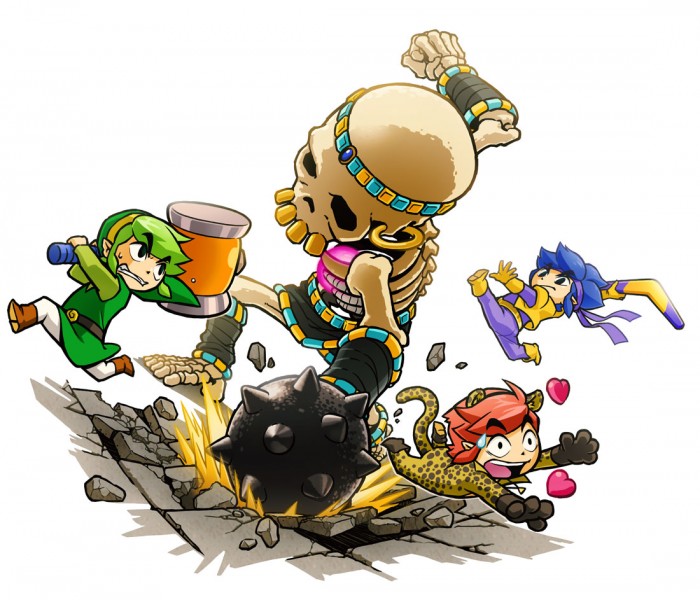 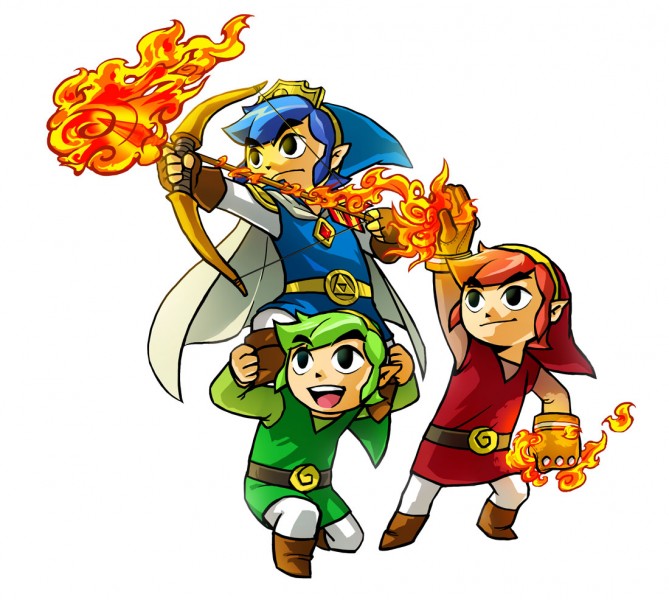 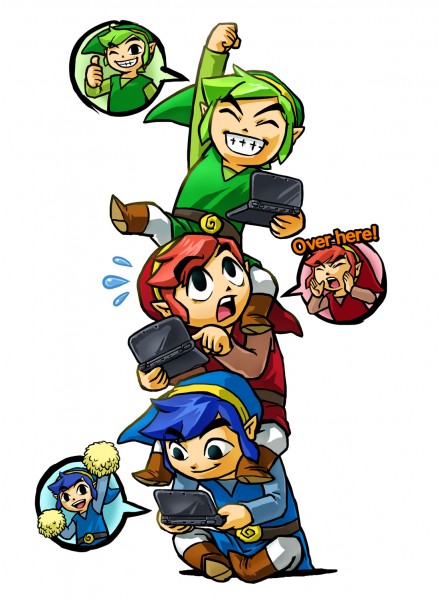 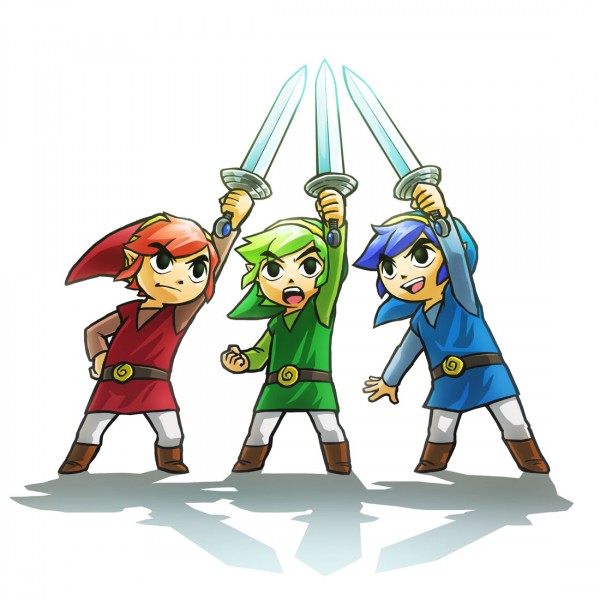 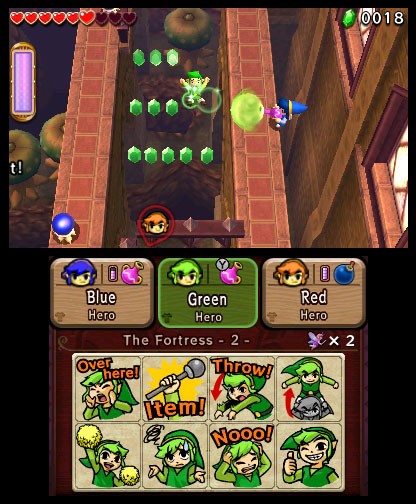 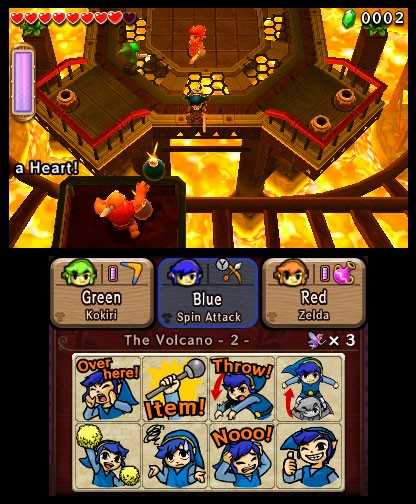 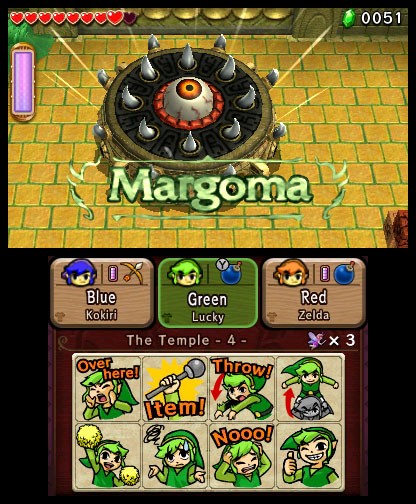 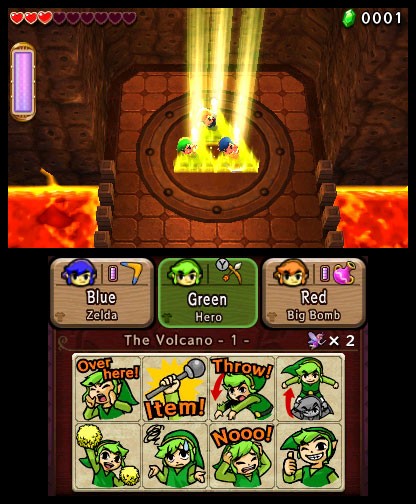 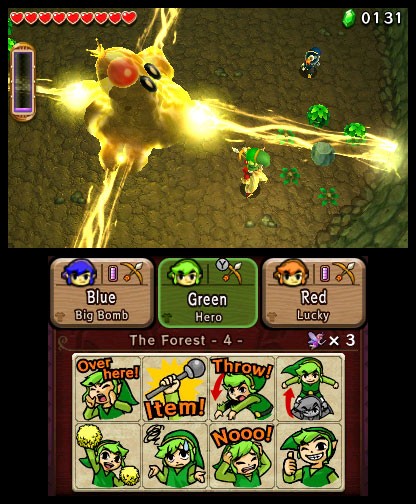 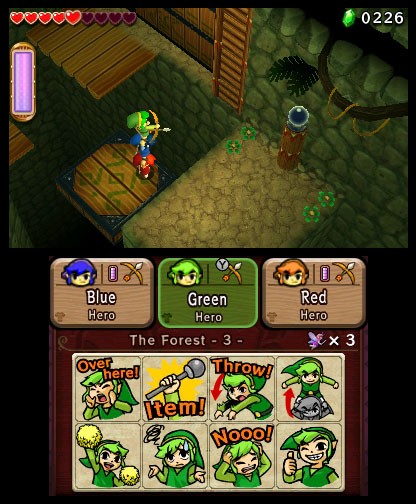 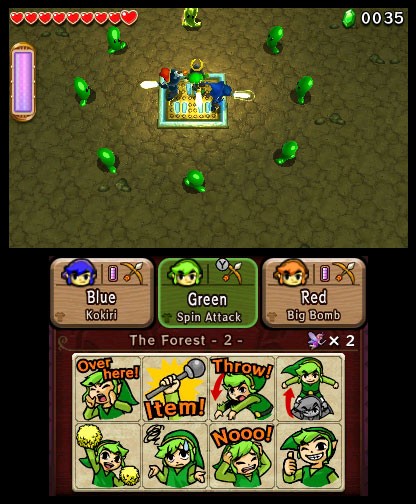 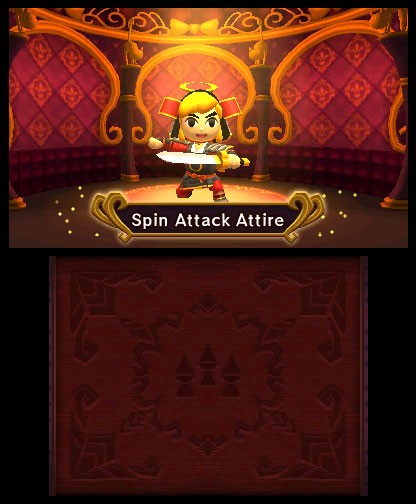 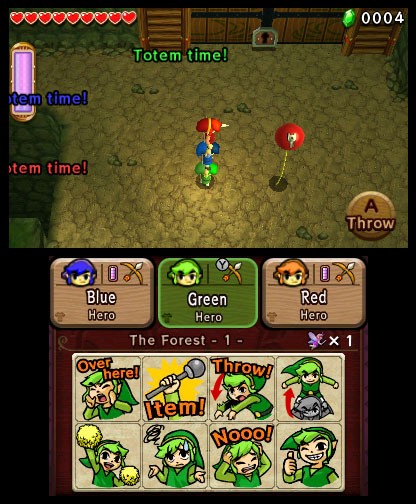 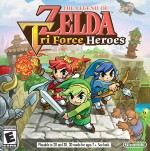 It never quite finds the replayable gameplay loop it clearly desires, but Tri Force Heroes offers some decent Zelda action.

Purchase More Info
7.25
i
Game Informer's Review System
Concept Use A Link Between Worlds’ visual style and gameplay to craft a multiplayer Zelda experience that values teamwork and streamlines communication
Graphics Bright, colorful, and expressive, Tri Force Heroes looks great even if it doesn’t technically impress
Sound Though different from your typical Zelda soundtrack, the French tunes are fun and memorable
Playability The game plays as smoothly as its predecessor, A Link Between Worlds. Movement and sword swinging both feel great
Entertainment It never settles into the replayable gameplay loop it clearly aspires to, but Tri Force Heroes offers some decent Zelda action
Replay Moderate