The Legend Of Zelda: Breath Of The Wild – The Champions' Ballad

A Strong Swansong
by Suriel Vazquez on Dec 12, 2017 at 02:42 PM
Publisher: Nintendo
Developer: Nintendo
Release: December 7, 2017
Rating: Everyone
Reviewed on: Switch
Also on: Wii U A common refrain you might hear from someone who’s finished one of today’s massive open-world games is that they would have liked any excuse to explore more of that world. The Legend of Zelda: Breath of the Wild’s second (and likely final) DLC, The Champion’s Ballad, is exactly that; it sprinkles Hyrule with several new shrines, outfits, tools, and a dungeon, giving players new objectives to work through while giving them reasons to explore old areas they might have ignored the first time around.

Your first quest upon starting up The Champion’s Ballad emphasizes challenging combat and puzzle encounters – something the previous DLC did with mixed results – but which works much better here. Instead of throwing you into a series of self-contained fights, you explore the area where Link first wakes up to find four new shrines, which are unlocked by defeating groups of bad guys. During this first segment Link gets a new weapon that will defeat anything in one hit, but he only has a quarter of a heart, which makes defeating these enemies and working through the shrines much more challenging. This is a welcome departure from some of the later encounters in the base game, which the slew of weapons, shields, and powers I’d amassed had made a breeze.

From there the DLC opens up, offering the kind of DIY exploration that made Breath of the Wild shine. Though you’re given four marks on the map to approach, they lead to points on the map that you have to pinpoint yourself through a bit of cartographic sleuthing. The shrines aren’t always immediately accessible, either, and you have to take hints from Kass (the Rito who plays the accordion) about how to unlock them. These puzzles are never headscratchers, but they invite you to do a little bit of everything Breath of the Wild offers, including hangliding, shield-surfing, and a boss battle, all of which are fun, if not mindblowing. It’s unfortunate there aren’t any new areas to explore, but Hyrule is large and dense enough that revisiting older areas for new shrines yielded some fun discoveries. More than once, I’d venture to where my next marker was and see an old shrine or secret I’d missed the first time around, then get distracted as I ventured off to nab it. Those who’ve scoured most of the map already may not find this same joy, but as someone who still has a ton of stuff left to do, I found several new areas to explore this way, which made the world feel bigger and more enticing than ever.

The new shrines don’t offer new tools or ideas to play with, but they’re clever iterations on what’s come before. A couple of shrines work as rugged gauntlets to traverse, while others have you figuring out-room scale puzzles. Some have specific solutions, while I was able to solve others in ways that circumvented the challenge at hand. The variety of these shrines is a lot of fun, and even when I didn’t solve one “correctly,” I felt smart for devising my own solution.

Not every retread is worthwhile, however. Throughout your journey you must re-fight the four bosses from Breath of the Wild, now with a limited pre-determined toolset, which amps up the challenge. These fights don’t meaningfully change otherwise, and working through them is a chore. Despite the limited weapons, armor, and arrows, I was able to brute force most of them without remembering the tells and tricks I used to defeat them the first time, which made them feel unsatisfying.

After defeating each boss you unlock additional memories featuring one of the four champions corresponding to each boss. These scenes offer up couple of character moments, but don’t offer any insight into the overall plot of Breath of the Wild, and don’t feel like they add much to the world as a whole. The new dungeon offers an interesting mix of puzzles, but is over before it really gets going. Like the other dungeons in Breath of the Wild, you can alter the layout of the dungeon with your Sheikah Slate, but the dungeon’s spoked nature means it’s effectively four isolated, simple puzzles. The boss that caps it off is a fun surprise thematically, but I found it a bit of a slog to whittle away at its health long after I’d “solved” it. As a whole, the new dungeon left me wanting more iteration on the concepts it introduces.

After finishing the main quest, you’re rewarded with the Master Cycle Zero. It can be summoned at any time and makes traveling around Hyrule much easier, even though it does occasionally force the game to pause to load the world because you’re moving at such high speeds. Fortunately, it can also climb some mountains, which makes it a more capable companion than any horse.

You can also search the map for several new cosmetic items, most of which are nods to other Zelda games. It’s fun to dress up in new guises that skew the canon of the world, but I wish I could upgrade these items to make them reliable outfits I don’t feel compelled to swap out when I approach a Guardian or some other challenging foe. A set of ancient horse armor also lets you summon a horse you’ve built a bond with at will, but you can’t summon it in many locations, making it feel useless compared to the Master Cycle Zero.

Despite the unfortunate boss retreads and disappointing final dungeon, The Champion’s Ballad is a great excuse to revisit Breath of the Wild’s enormous world. Its new challenges highlight what made Breath of the Wild great in the first place, giving you some fun new ways to utilize your old toolkit. Figuring out where the new shrines are, puzzling out how to complete them, and finding several new secrets along the way gave me the same exciting wonder I had when I first started exploring Hyrule, and make me eager to continue exploring it and see what other secrets I’ve missed. 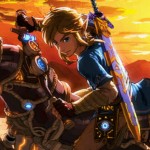 The Legend Of Zelda: Breath Of The Wild – The Champions' Ballad

Zelda's final DLC is a great excuse to return to Hyrule one last time.

Purchase More Info
8.25
i
Game Informer's Review System
Concept Further adorn Breath of the Wild’s Hyrule with new things to find, including shrines, a dungeon, and a motorcycle
Graphics The shrines and dungeon retain their test chamber and clockwork aesthetics, and the new outfits are more fun nods to other Zelda games
Sound The new cutscenes feature serviceable voice-acting, but the shrine and subtle overworld themes from the base game continue to dominate the audio
Playability The new trials definitely skew harder, testing your ability to think quickly and remember old tricks. Cruising through Hyrule and running over Moblins on a bike is worth the effort, though
Entertainment Revisiting Hyrule for new shrines and challenges highlight Breath of the Wild’s high points, but also retreads some of the less-than-stellar boss and dungeon design
Replay Moderate