In my years of enjoying role-playing games, I’ve saved multiple princesses-in-disguise, toppled countless evil empires, and learned the value of teamwork and friendship several times over. After playing The Last Story, I can add another mark under each of those columns, along with several other well-worn RPG conventions. The Last Story makes no attempt to evade or disguise these genre clichés, relying instead on its action-heavy combat to fill the entertainment gap. If the battle system was executed well, that strategy might have worked.

The Last Story’s problems encroach from multiple fronts, but the first one players encounter is the narrative. A mercenary named Zael is the main character. His village was burned down when he was young, and now he dreams of becoming a knight. Zael and his ragtag band of swords-for-hire get wrapped up in a war between two nations – but Zael alone can bring about peace and save the planet. Does that sound familiar? Yes, it does.

Because the predictable tale holds virtually no surprises or fresh angles, I couldn’t get invested in the boilerplate world or plot. Zael lacks strong convictions and falls flat as a hero, while each of his companions are defined by a single personality hook (e.g. the ladies’ man, the drunkard, etc.). Actually, let me take that back; one character has two personality hooks. The villains are equally shallow – evil suitor, evil count, evil king – resulting in a general lack of drama throughout the 20-hour adventure. For instance, the final stretch throws a twist at players that the game treats like a big reveal, despite the fact that it is telegraphed hours in advance.

A familiar story isn’t necessarily a kiss of death, assuming that a game can innovate in other areas. The Last Story tries to pull this off, and I give it due credit for attempting to jettison the conventions of RPG combat. Zael and his friends fight in fast-paced battles with plenty of strategic potential, but with no cumbersome menus or interface to slow down the action. Players only control one character (usually Zael), leaving the rest to AI. Pressing the analog stick toward opponents initiates an attack automatically, so button mashing isn’t necessary. Magic consists of laying enchanted circles down on the ground, which have various effects on those standing inside them, and different effects when diffused. All of these ideas sound great in theory, but something went wrong during the transition from conception to implementation.

Combat wasn’t adequately play-tested for fun or functionality. It’s enjoyable for the first few hours, but gets dull quickly since your characters develop so few abilities. I used the same handful of skills and strategies for the whole second half of the game, which kills any sense of progression or growing power. Zael can eventually issue commands to party members, but you don’t have enough control over their positions to execute a strategic coup. Plus, you can only issue commands when a meter is full, making it hard to count on in a pinch. Not that I was in a pinch often; most battles are extremely easy, so delving into tactics seems pointless since victory is assured regardless. That goes out the window late in the game, where a few boss fights are made difficult by the sloppy, imprecise controls.

The lack of polish throughout the experience makes The Last Story hard to appreciate, even when other things are going well. Slowdown and a choppy framerate plague the battle system, and are most prevalent when they are most inconvenient. Taking cover against a wall or behind a pillar suddenly inexplicably makes enemies lose track of Zael, even if they are only feet away and looking right at him. Heaven help you if you want to do a side quest, because you won’t find any in-game guidance. You talk to random townspeople, hope one of them gives you a quest, and then keep track of where they are and what they want manually. Even the epilogue chapters are buried under obscure conditions, meaning that some players may think they’ve beaten the game before the credits roll and the new game plus option opens up.

The Last Story is the latest project from Final Fantasy creator Hironobu Sakaguchi, and industry luminary Nobuo Uematsu composed the soundtrack. Previous collaborations involving these two legends have resulted in titles like Final Fantasy IV, Chrono Trigger, and Blue Dragon. I had high hopes for this Wii-exclusive RPG. Given its pedigree, I never imagined that it would fail to meet the low bar set by dozens of middling entries in the genre.

Multiplayer in an RPG?
In a rare move for a traditional role-playing game, The Last Story has both cooperative and competitive multiplayer options. The co-op mode pits players against super bosses, and requires teamwork and coordination. The competitive mode involves standard deathmatch and team deathmatch. Both modes set character levels equal, so you don’t need to finish the game before participating. I had fun with these matches and enjoyed seeing the The Last Story’s mechanics applied in a different context, but the addition of multiplayer isn’t enough to make the game worth buying.
Off
On
Off 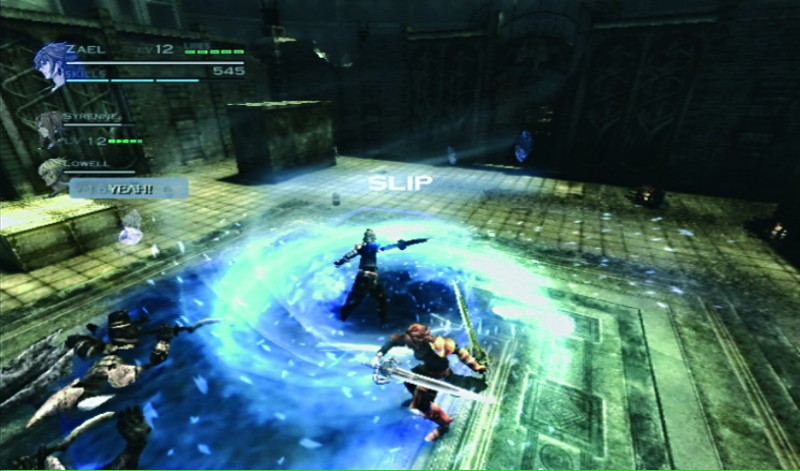 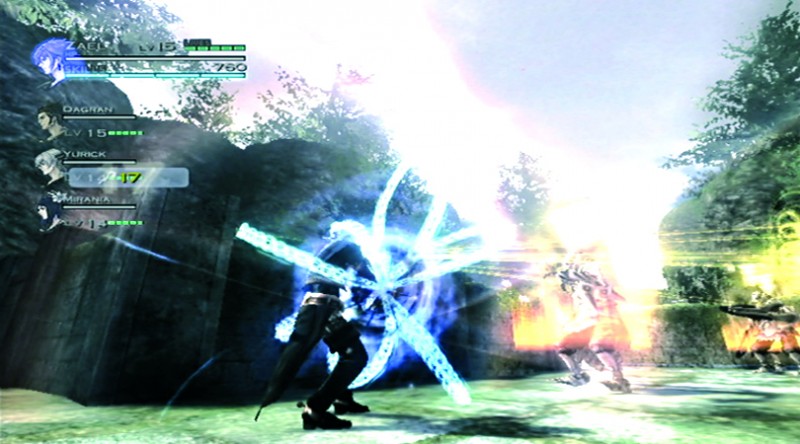 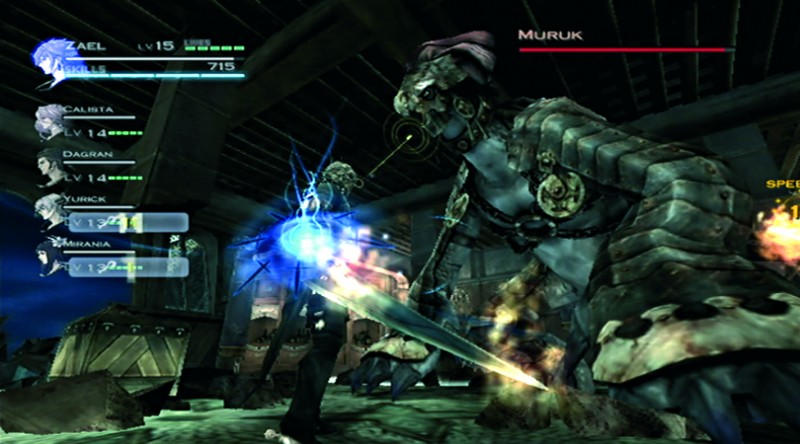 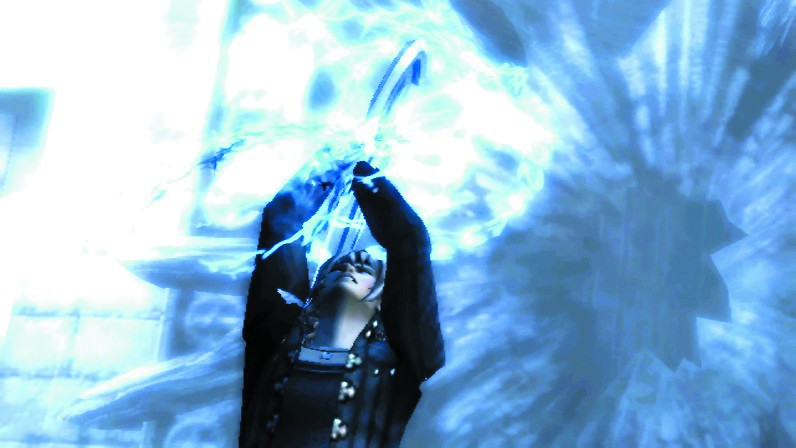 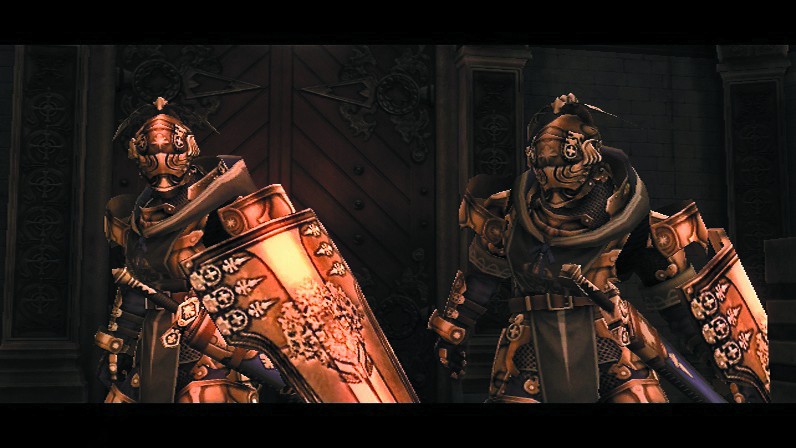 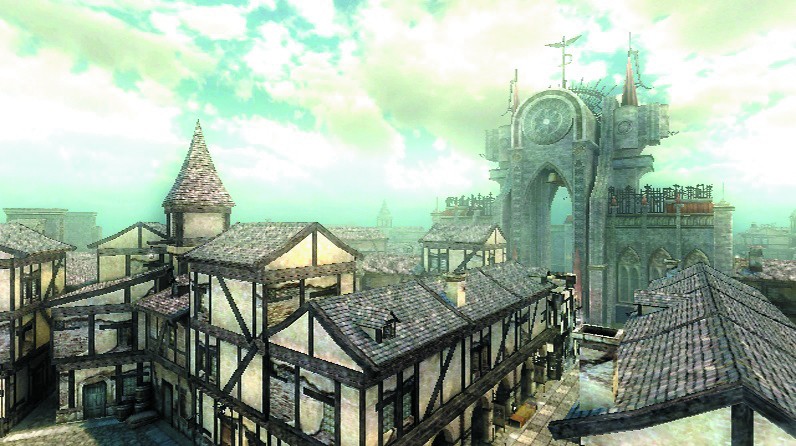 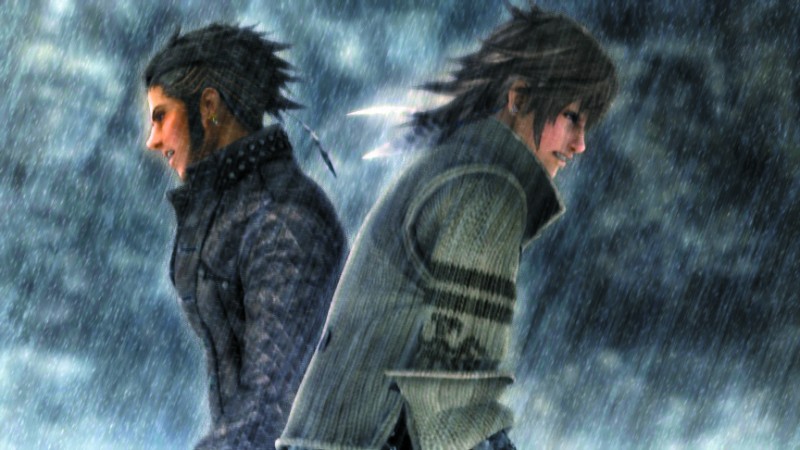 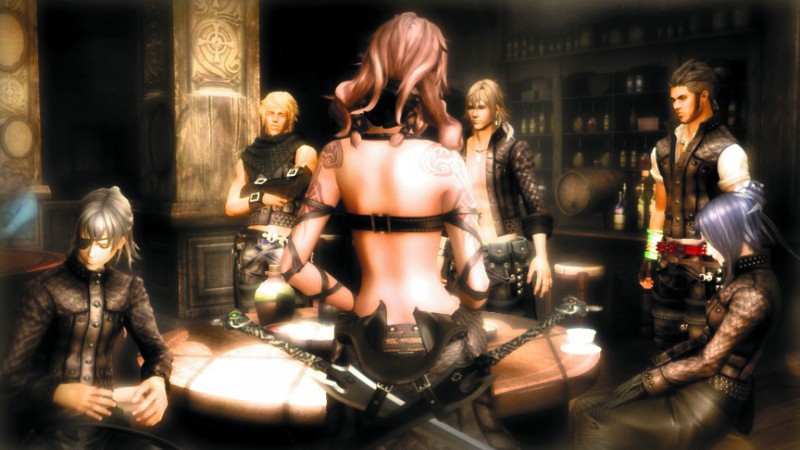 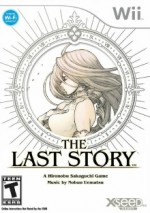 Given its pedigree, I never imagined that The Last Story would fail to meet the low bar set by dozens of middling entries in the genre.

Purchase More Info
6
i
Game Informer's Review System
Concept A Wii-exclusive RPG from the creator of Final Fantasy
Graphics Character models look great, but the environments are ugly and muddy in comparison
Sound Nobuo Uematsu holds up his end of the bargain with a memorable soundtrack, and the voice actors do the best they can with the dialogue they’re given
Playability Camera problems and sluggish response make some battles frustrating. I recommend using the classic controller instead of the remote/nunchuk combo
Entertainment The potential for fun is here, but sloppy execution and a predictable story hold things back
Replay Moderate