I consider The Last of Us to be one of the greatest achievements of the last generation of gaming, so I came to Left Behind wary of the prospect of Naughty Dog tinkering with the fiction. Great stories are often defined by what's left to the imagination as much as the events portrayed onscreen. Early on, Naughty Dog confirmed that Left Behind is a prequel, assuaging my fears that the studio was going to tinker with the perfect, enigmatic ending of the original game.

This claim was mostly true - a large part of the game does take place prior to the events of The Last of Us. However, there's also another plotline that hasn't been revealed - one that depicts some events that take place during one of the season changes in the original.

The core of Left Behind is the fraught relationship between Ellie and Riley, which was alluded to in the final scene of The Last of Us. Riley, excellently voiced by Yaani King, is a great addition to the game's universe, another tough-but-vulnerable kid like Ellie. As before, some of the best moments are the quietest; whether taking pictures in a photo booth, dancing in an abandoned big-box electronics store, or playing an imaginary fighting game at the arcade, Left Behind shows us how life manages to go on even in the worst circumstances. Ellie and Riley are growing up without a net, trying to survive in a hostile world while dealing with their complex feelings for each other. Once again, Naughty Dog's writing shines, letting our attachment to Riley slowly build until the bittersweet conclusion.

The other side of the story is more focused on The Last of Us' frantic combat. Once again, you're pitted against hordes of grotesque "clickers" and vicious human cannibals, armed with a limited arsenal and your wits. For fans of the original, you'll feel right at home - hoarding ammo, sneaking behind cover to strike at your foes. The action-oriented parts of Left Behind are engaging, especially the new sequences where you have to battle clickers and humans at the same time. Here, you can use bottles or other distractions to play them against each other; I frequently used the enraged clickers to clear the room of the people hunting me before using stealth to sneak past.

At around two and a half hours long, it's not an epic experience, but another window into Ellie's life. Instead of blunting the impact as I feared, Riley and Ellie's story adds resonance to the original game's ending. For The Last of Us fans, this is a ride well worth taking. 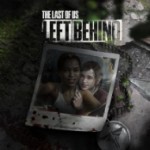 Left Behind adds resonance to the original game's ending. For The Last of Us fans, this is a ride well worth taking.

Purchase More Info
8.75
i
Game Informer's Review System
Concept A new single-player DLC release that fleshes out some parts of the original game's story
Graphics These visuals still look better than some PS4 and Xbox One games
Sound New character Riley is played with the same level of emotional depth and subtlety as Joel and Ellie
Playability The tense, desperate combat packs a punch, and the ending action sequences are memorable
Entertainment It's not the revelation that the original game was, but it's an affecting and well-written fleshing out of the fiction
Replay Moderately Low