Everyone loves a decisive victory, but sometimes the close calls are even more exciting. Maybe the race ends with a photo finish, or a last-second point at the buzzer decides the game. Uncertainty along the way makes you appreciate success even more, and that’s the feeling I was left with after completing The Last Guardian. Repetitive puzzles, uneven pacing, and imprecise controls make the journey rough. Amid the frustration, a remarkable bond gradually builds intensity; by time the credits roll, it shines through dark spots and makes The Last Guardian’s triumphs especially memorable.

You’ve probably seen some of what The Last Guardian has to offer in other games, especially if you’ve played Ico and Shadow of the Colossus (the previous titles from creator Fumito Ueda). Playing as a boy exploring ancient ruins, you climb chains, pull levers, and find arcane devices. However, you are accompanied by a large mythical beast called Trico, and the presence of this companion is at the core of what makes this journey unique.

From the moment I saw Trico – injured and bound – the creature seemed alive in a way games have never captured. From its roars and apprehension as you approach to how its chest moves when it breathes, details large and small make the improbable beast seem real. The team clearly studied a veritable menagerie – dogs, cats, birds – to create Trico’s captivating mannerisms. Depending on the situation, it exhibits playfulness, protectiveness, terror, and a broad range of other responses – all communicated through uncanny animation.

Trico moves through the world with surprising ease; it only got hitched up on the geometry once in my playthrough. Most of the time, it casually ducks its head under doorways, perches on pillars, and lumbers through corridors. Making a creature of Trico’s size navigate this environment naturally must have been an enormous technical challenge, but it works – as long as you don’t get underfoot too often. I frequently had to pause and marvel at the degree to which this massive beast seemed to belong in the fantastic locations around it.

Trico’s lifelike qualities serve a purpose beyond being technically impressive. They play a critical role in building the connection at the center of The Last Guardian. This game isn’t just an extended escort mission; as the boy and Trico spend more time together, their interactions create a compelling sense of camaraderie. You feed it when you can, and it helps you make impossible jumps over dangerous chasms. It fights off haunted suits of armor, and you attend to its injuries. These exchanges keep the partnership from feeling one-sided, and the relationship gets stronger as the tale unfolds, due mainly to Trico’s wordless prompts and reactions. With moments ranging from light and goofy to heavy and heart-wrenching, I’ve never played a game that so effectively conveys a bond between human and animal.

Unfortunately, I had to cling to that kernel of positivity frequently during my playthrough. As successful as The Last Guardian is conceptually and emotionally, the more practical elements crumble like so many ancient bridges under Trico’s weight. For a game built on the sole idea of giving commands to a giant monster, the mechanics of controlling Trico are woefully inconsistent. You might tell Trico to jump to a ledge three times, only to have it stare at you or walk off in the opposite direction – then oblige on your fourth try. Getting it to obey you feels like you’re managing a disobedient pet, which isn’t fun.

This is more than an annoyance, since it actively interferes with your ability to progress. At one point, Trico refused my repeated requests to jump to a ledge, so I assumed I was on the wrong track and spent 15 minutes wandering around looking for other solutions. However, I was right the first time; after desperately trying the command yet again from the same position, the beast obeyed and I was able to keep going. This defiance doesn’t feel like quirky part of Trico’s personality; it feels like the controls aren’t working. While this problem doesn’t taint every step of the journey, it was persistent enough to significantly hinder my enjoyment. My other major complaint is the puzzle variety. Your tools to deal with obstacles rarely change or expand, and you can only climb so many towers or pull so many switches to open gates for Trico before the actions get repetitive. On a few occasions, you finish one puzzle, and then move on to solve a practically identical one in the next room with only slight changes. Also, the situations rarely require much thought or experimentation; the only times I got stuck were when Trico wasn’t doing what it was supposed to. On the other hand, your companion’s presence can add some extra urgency – like saving Trico from peril, or letting it save you – which adds some variation. Even with some unsatisfying busywork, several puzzles stand out as interesting and clever (I especially liked one “a ha!” moment in the water), but the amount of filler between them throws the pacing off.

Though the action wears thin, the world around you never does. Crumbling pillars surround scenic pools, rickety bridges extend from towers, and magical artifacts glow with menace. I enjoyed drinking in the scenery and speculating about the connections between this game and its predecessors; just like in Ico and Shadow of the Colossus, you explore decaying structures that imply an eerie, unspoken narrative from long ago. As for Trico and the boy’s tale in the present, I can only say this without spoiling too much: It’s a contemplative journey focused on teamwork and friendship, with minimal (yet impactful) story beats. It took me about 12 hours to finish, and the conclusion left me satisfied.

In the moments I was cursing Trico’s stubbornness or rolling my eyes at another closed gate, I was disappointed in The Last Guardian. Maybe these problems are related to the game’s long development, but even if that’s true, I can’t say that the extended wait was altogether bad. All that time resulted in a polished emotional core that redeems the experience, because ultimately The Last Guardian isn’t about pulling switches or leaping over gaps. It’s about your smile when you see Trico doing something silly, your compassion when you watch it struggle, and your relief when the creature shows up at just the right time. That’s what you get here that you can’t find anywhere else, and it is enough to make The Last Guardian worth playing. 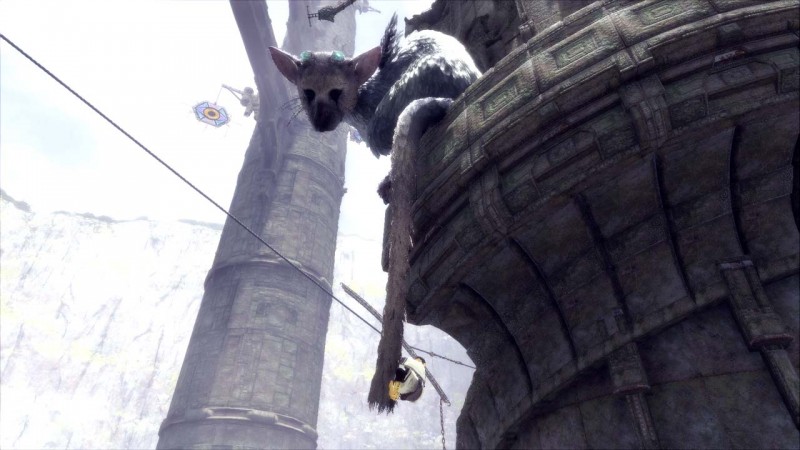 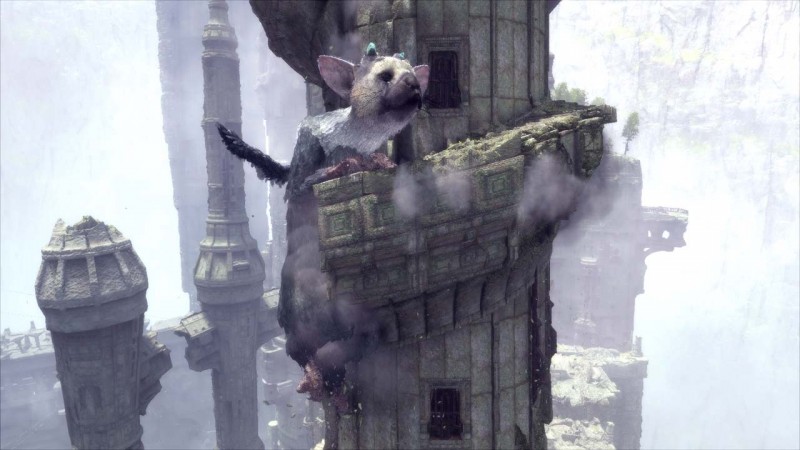 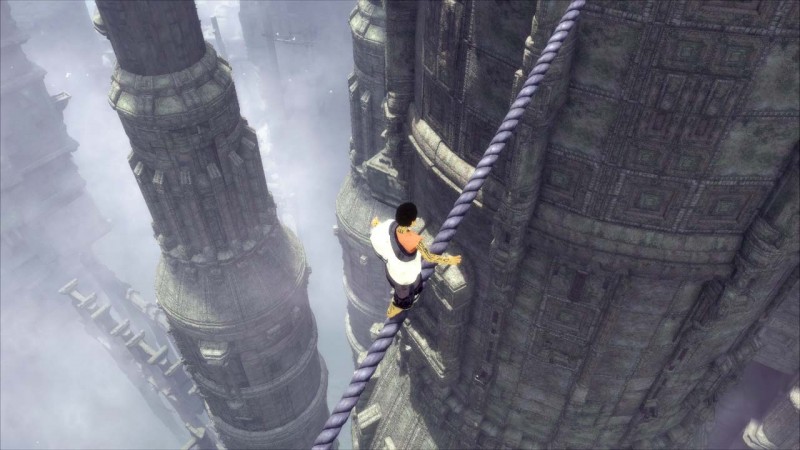 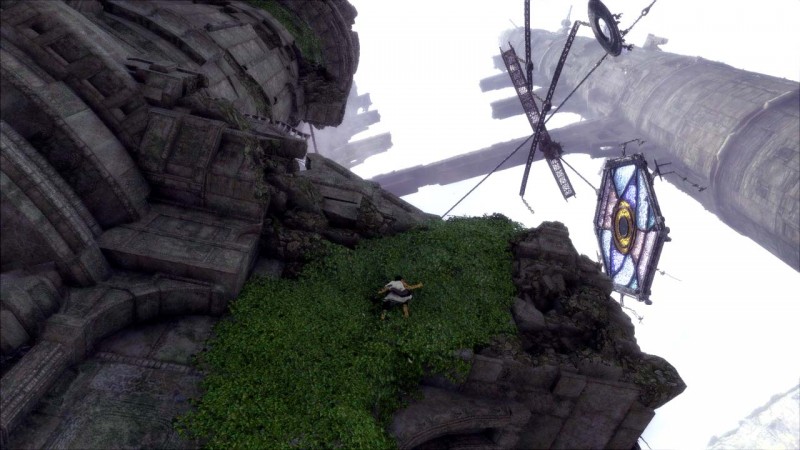 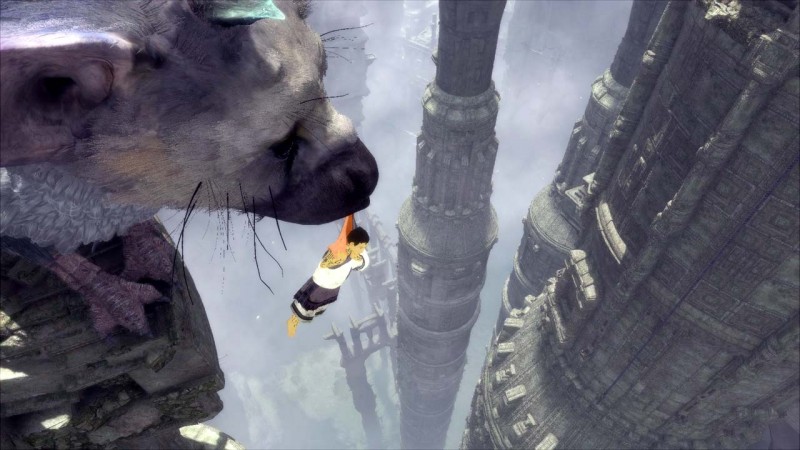 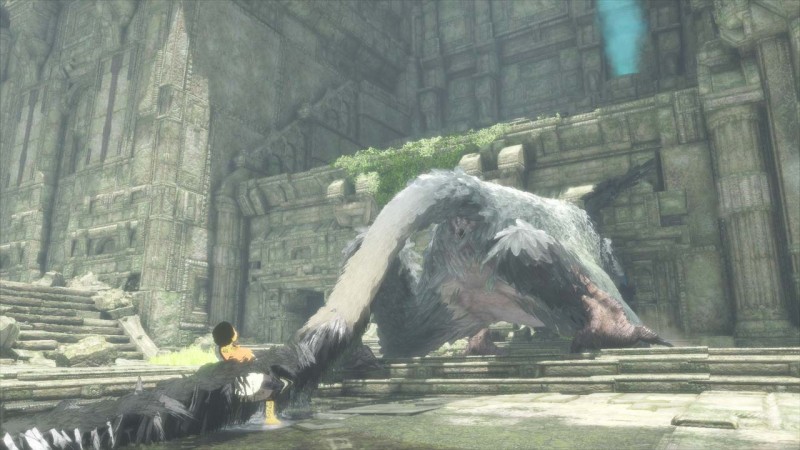 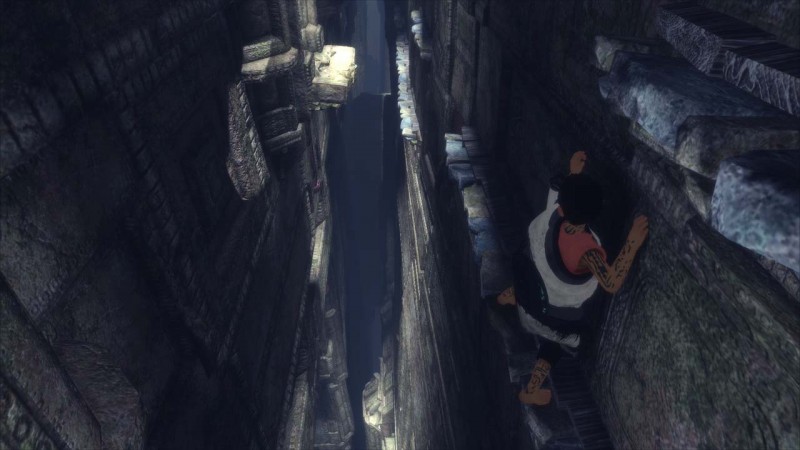 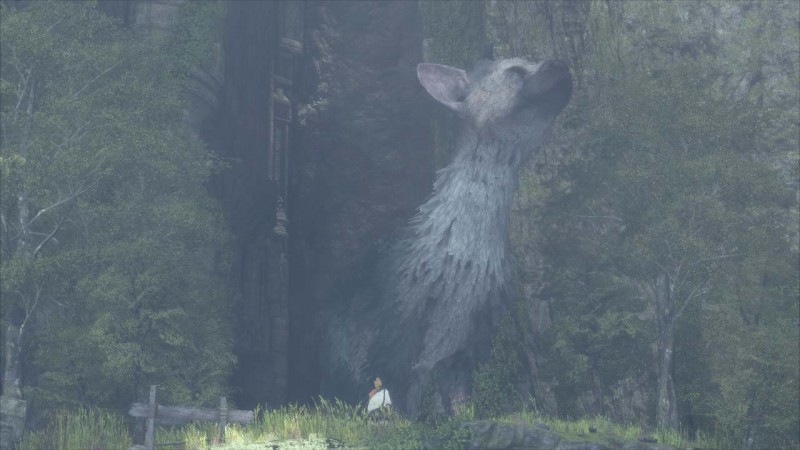 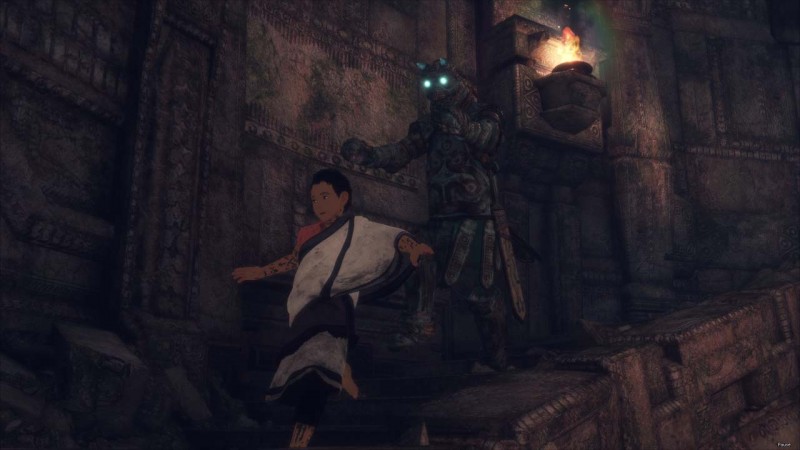 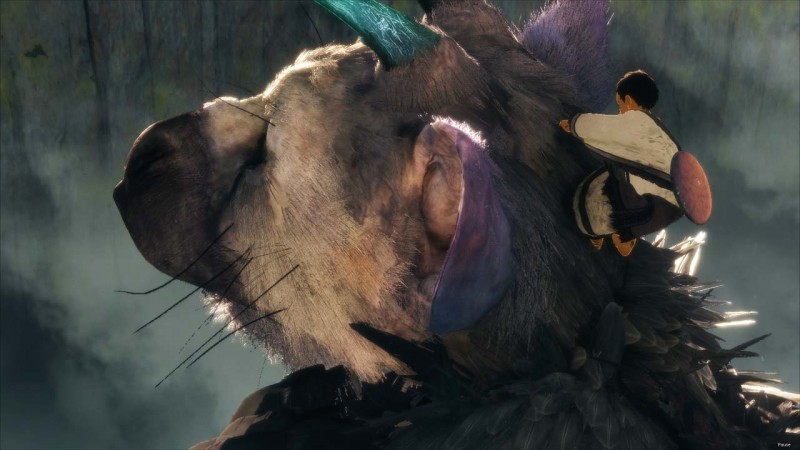 8
About Game Informer's review system
Concept
Take ideas from Ico and Shadow of the Colossus and bind them together with the fascinating bond between a boy and his beast
Graphics
Trico’s lifelike movements and expressions steal the spotlight, but the environments are also fun to take in. Framerate issues are occasionally distracting
Sound
Beastly roars and whimpers help make Trico believable. The soundtrack punctuates key moments well
Playability
Platforming as the boy is occasionally spotty, but Trico’s inability to consistently follow your commands drags the experience down more than anything else
Entertainment
The Last Guardian forges a connection between the player and Trico unlike anything else in gaming. You need to experience it, despite its problems in other areas
Replay
Moderate