Among the many new and intriguing experiences available on the new virtual-reality platforms, no single application sells the flexibility of the medium like The Lab. Valve has crafted a free software collection that includes several smaller adventures, each varied from the last, and all meant to showcase a different VR experience. This should be the first title you play on Vive, and the one you show your friends and family so they can “get it.” The Lab is a victim of its own excellence, as each small encounter is so engaging that you desperately want more.

You are another of Aperture Science’s unfortunate test subjects, this time tasked with exploring various pocket universes. As a human, Aperture has deemed you the perfect expendable resource. Taps on the controller send you around the hub lab to various experiments, where you don head-sized bubbles to launch the activity of your choice.

Veteran gamers should start with Xortex, a new twist on the bullet-hell shooter model. One of your hands/controllers acts as a ship moving and shooting freely in 3D space, even as increasingly dangerous laser beams and glowing projectiles converge on your location. Maneuvering around the attacks is fun, especially as you start to use the full room space to duck down, leap over, and sidestep in the real world to escape a hail of attacks. The visual effect is impressive as enemy ships and projectiles fly through the room in which you stand.

Longbow and Slingshot each offer surprising variations on first-person action. In Longbow, you enter a cartoonish castle world filled with stick-figure invaders, and use a bow and arrow to shoot them down before they breach the walls. The pull of your bow as you aim feels just right, and leaning over  a parapet to fire at passing barbarians is fascinating.

Slingshot transports you to an Aperture warehouse facility, in which you’re shooting various personality cores at explosive barrel structures using a giant slingshot. Every core that drops into your weapon has its own character, and I often held fire just to listen to the hilarious dialogue each spouts prior to launch. In both of these first-person minigames, the sense of tracking and hitting a target in virtual space sells the fun. Robot Repair is a return visit to the characters of Portal, and an amusing interactive sequence in which you futilely attempt to repair a damaged Atlas robot, much to the delight of the sadistic mistress of the facility. Secret Shop takes visitors to DotA’s Secret Shop and its many weird and mystical objects, with the ability to miniaturize oneself and explore its nooks and crannies. Neither of these are games in their own right, but the sense of virtual discovery in a fictional world is thrilling.

If non-fiction is more your thing, then The Lab’s three other activities should appeal. The Solar System is just what it sounds like – a virtual scale model of the sun and its planets, where you have the ability to walk between them, or even pluck Jupiter or Venus from their orbits to fling them about. The Human Body Scan lets you examine a skeleton and some of its body systems from any angle, even sliding a vertical slice into place so you can better examine particular areas, like the inside of the mouth. Postcards lets you visit four real-world locations and explore them like you were really there (at least within a limited space), all while playing with a mechanical dog that cavorts through the landscape. The vista of Vesper Peak in the Cascades is particularly breathtaking. As I explored, I couldn’t help but think about future opportunities for education, new styles of photography, and travel in VR.

Even in the hub, Valve has gone out of its way to provide fun toys. A remote-control drone can be flown about the lab. Draw and erase markers to your heart’s content on the lab whiteboard. Blow up helium balloons and bat them around, or shoot them as they float away with the longbow. And your cute robot dog from the Postcard application is happy to fetch virtually anything. Upon dropping the item at your feet, the overhead robot voice declares that: “Friendship has just been discovered in Pocket Universe Lab 8.” These and other toys aren’t minigames, but they made me feel an uncanny sense of presence in an unreal place. At one point, I actually tried to put my real-world controllers down on a virtual table.

Valve has an uncanny ability to home in on what makes an activity fun, and then bullseye the target. The studio has done so again with The Lab, and every one of the activities is a blast. However, none of these activities fully tap their own potential. Xortex could include more and ever more bullet-filled levels. Your archer could defend new castles against better armed foes. Your mechanical dog could learn more tricks, and be a virtual-pet game all on its own. And I challenge anyone not to want a VR Portal game after you check out Robot Repair. What these games lack in depth, they make up in charm and accessibility. The Lab is joyful and light, and a perfect evangelist for VR’s many possibilities. 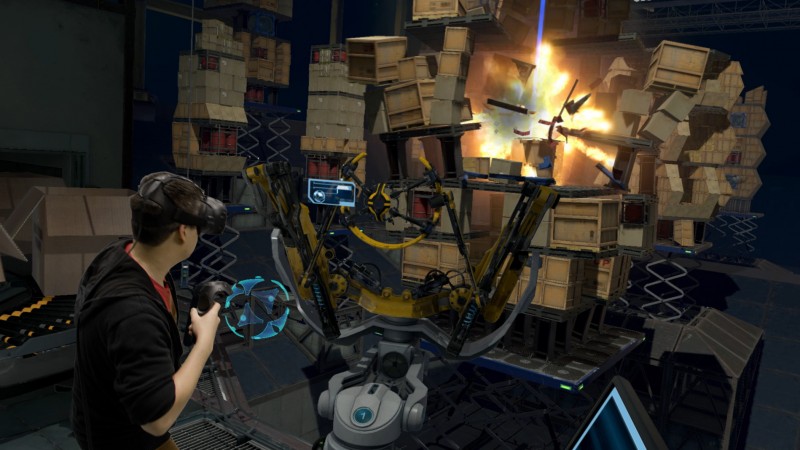 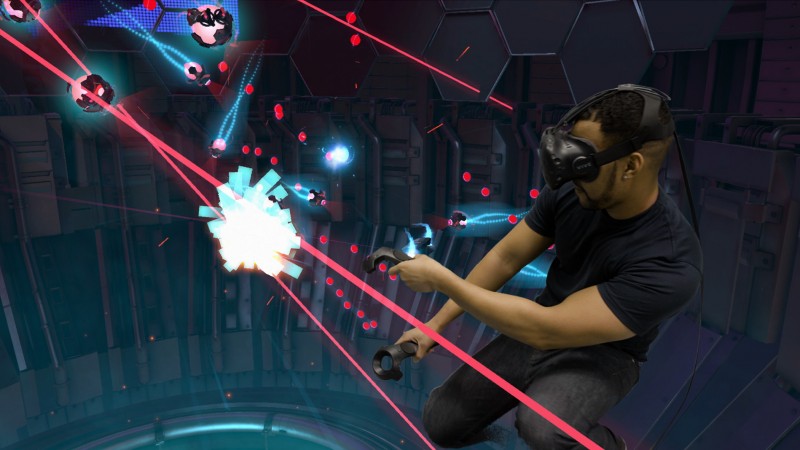 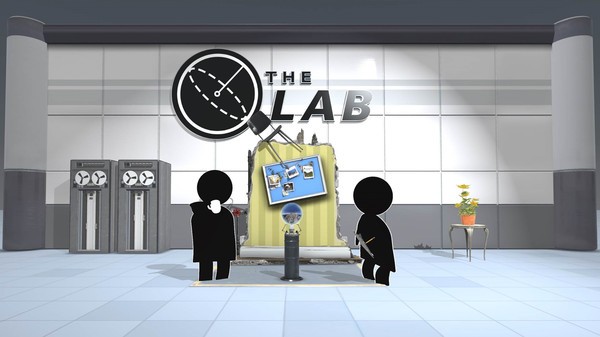 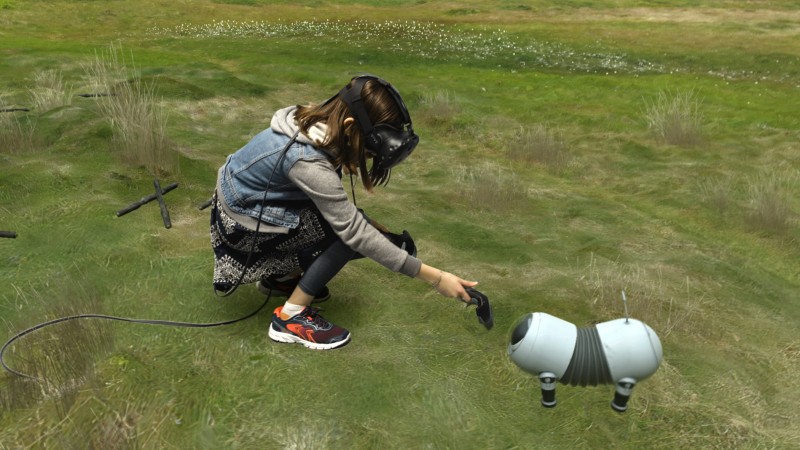 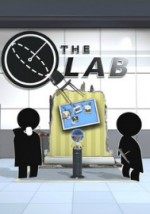 Valve's free collection of mini-games and virtual reality experiences is the best place to start in any introduction to the the Vive and room-scale VR.

Purchase More Info
8.25
i
Game Informer's Review System
Concept Explore the many pocket universes jutting off from Aperture Science’s research labs in VR
Graphics Each small experience looks sharp, and a few are among the most detailed VR environments yet crafted
Sound The star of the audio is the voiceover work, which lends the irreverent humor of Valve’s Portal series
Playability Movement and tracking is spot-on, and each minigame features intuitive controls
Entertainment The single best introductory product for grasping the fun of Vive, and it is free
Replay Moderate