The Hobbit: Kingdoms of Middle-earth The Hobbit: Kingdoms of Middle-earth is meticulously engineered to take your money. That’s not a surprise; that trait is to be expected in most mobile titles these days. However, this city simulator takes the concept too far by making the experience punishing for players who don’t fork over money regularly.

The game is mildly entertaining for about a week. During that time, it isn’t much different from a slew of other wait-for-construction games. You build up a city and its resources by enhancing your ability to harvest things like wood, ore, and food. You train troops for your army. You conduct research to improve your capabilities and work up to higher building tiers. At the early stages of play, none of these activities take very long, so it’s fun to check in on your city a few times a day and keep the ball rolling.

The biggest benefit of the introductory days is that your city is shielded from attack. You are free to treat the game like a regular city builder, and that’s when the game comes closest to being entertaining. Once the grace period is over, your city is vulnerable to attack. That means that other players are allowed to sack your town and steal your resources, so you had better have an army big enough to deter such attempts. If you don’t, the days you spent building up your resources are wasted once the invading army takes its plunder.

You can combat constant assaults by forming alliances with other players, but the in-game tools for finding (and subsequently communicating with) your alliance are clunky at best. If you have a group of friends playing, the ability to share resources and help each other out deflects some of the frustration. If you don’t already know anyone in the community, good luck hooking up with any worthwhile allies.

Despite an early tutorial, little is done to prepare players for the onslaught of resource-depleting attacks. You need to build an army to protect your city, and you need it fast. This is made difficult by the sharp increase in time required for any tasks to complete; mounting an adequate defense is difficult when growing your army takes so many hours. You can’t build multiple buildings or train several kinds of troops simultaneously, so your city’s growth (and ability to defend itself) is severely crippled if you just wait for the timers to tick down. This brings us to the game’s whole reason to exist: buying mithril.

Mithril is the in-game currency that allows you to buy various upgrades and speed up production. Spending real dollars on mithril seems to be avoidable at first, but that changes as the need to defend your city becomes apparent. The pay-to-win ecosystem means that you’re up against other players who are using mithril to augment their production and armies, and you are left underpowered unless you do the same. Unless you want to be constantly pillaged, you need to regularly expend mithril to keep your city and army expanding at an accelerated pace. If you don’t feel like exchanging actual money for mithril, you can count on being on the wrong end of almost every military encounter.

This title has plenty of faults, but most of them aren’t even its own; Kingdoms of Middle-earth is a re-skinned version of developer Kabam’s previous game, Kingdoms of Camelot. I don’t mean to imply that this game is some kind of spiritual successor that borrows concepts and makes tweaks. I mean that it is the same game, except with Hobbit-related heroes and buildings substituted for previous art (just compare the screenshots in exhibit A and exhibit B). In all fairness, this isn’t a fact that Kabam has tried to hide; the developer admits and even touts the similarities. Even so, re-using the same game not only seems lazy, it also seems like a slimy attempt to wring more cash from gamers.

The Hobbit: Kingdoms of Middle-earth lures you in with the promise of a strategic city builder, but once you’re on the hook, the fun dissipates as you are repeatedly penalized unless you keep a steady stream of costly mithril flowing through your city. I like strategic city-building games, and I like Tolkien’s universe. I don’t like The Hobbit: Kingdoms of Middle-earth. 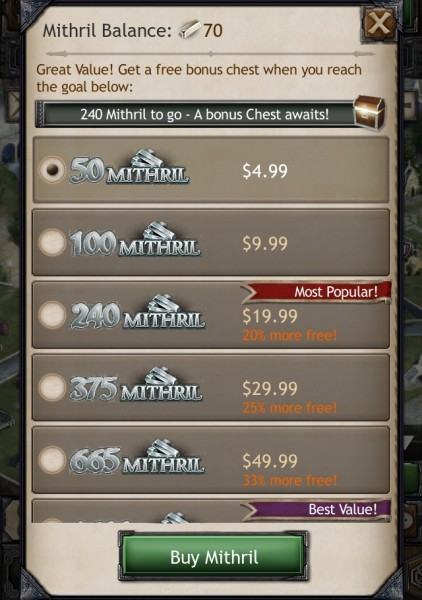 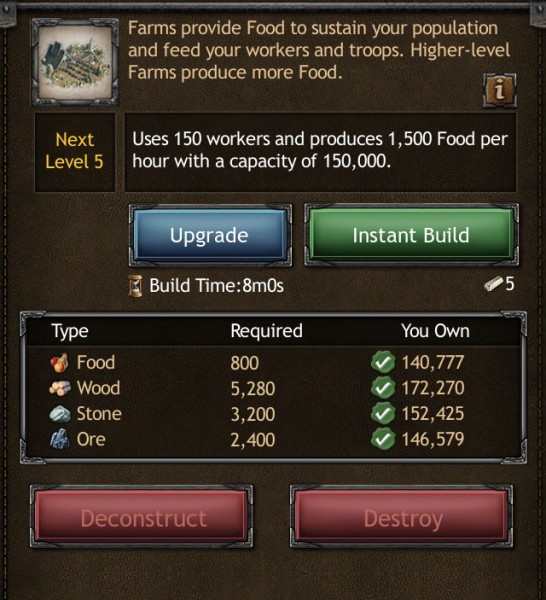 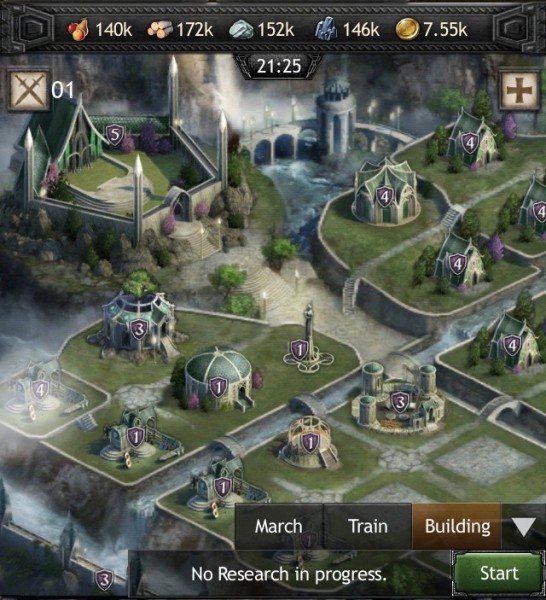 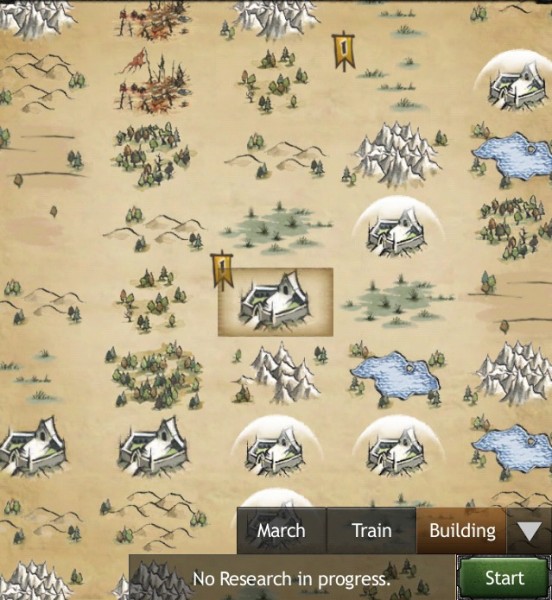 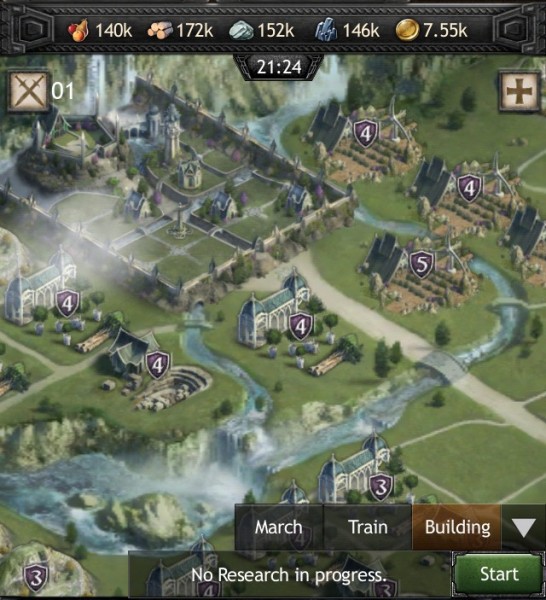 The Hobbit: Kingdoms of Middle-earth

Even if you like city-building strategy games and Tolkien's universe, you probably won't like Kingdoms of Middle-earth.

Purchase More Info
5.5
i
Game Informer's Review System
Concept A free-to-play city building game using The Hobbit license
Graphics The art style falls in line with the film, and the character portraits use the actors' likenesses
Sound You hear music, but it is hardly a noteworthy aspect of the game
Playability Several of the upgrades and options are buried in menus, but the basic controls work fine
Entertainment Though fun at first, the introductory hours lead into a thankless slog that practically requires real money
Replay Low